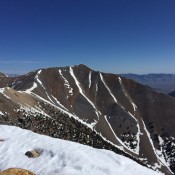 Swanson Peak is located just northwest of the Pass Creek/Uncle Ike Pass in the southern Lemhi Range. Use the link below to read Larry Prescott’s 2016 trip report for additional details. USGS Fallert Springs 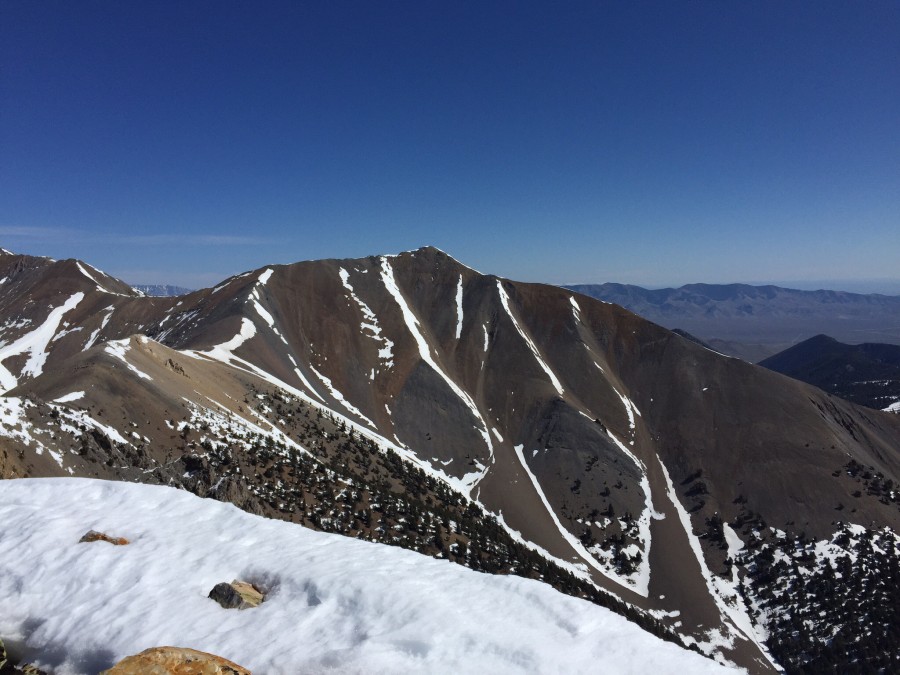 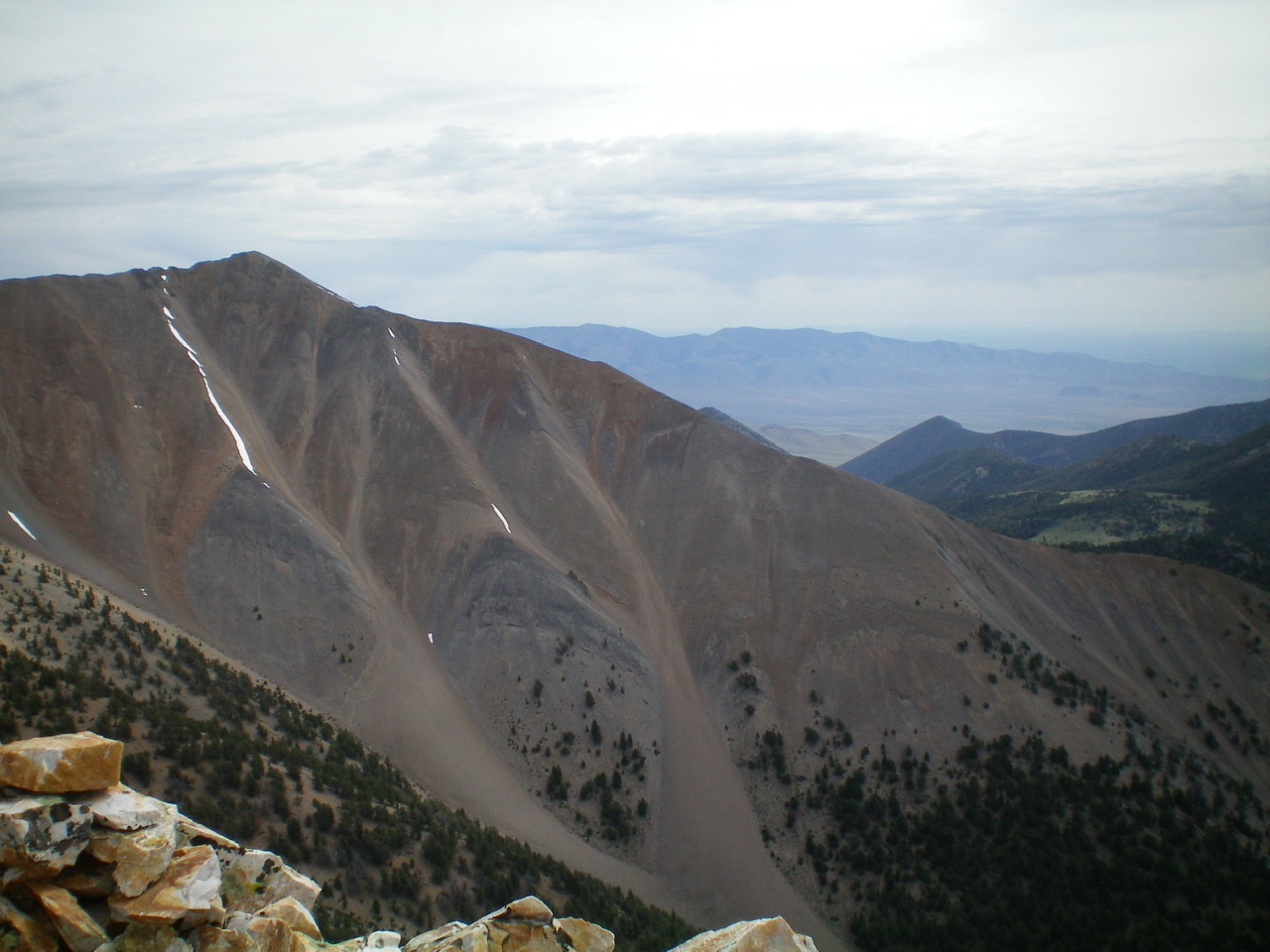 Swanson Peak as viewed from Sunny Bar Peak. Its summit is left of center and the long south ridge is the skyline heading down and to the right. Livingston Douglas Photo

Hike (or drive) up FST-4341 along Uncle Ike Creek for about 3-1/2 miles to a signed road junction (7,789 feet). FST-4238 goes up a side drainage to the right/east here. Stay on FST-4341 and follow it a short distance as it drops to cross to the left/west side of Uncle Ike Creek. Jump the creek (thankfully, it is a small creek) and climb steeply north on the west side of a series of rocky cliffs. The cliffs are the toe of the south ridge of Swanson Peak. You need to get above them and onto the ridge crest. The terrain is loose gravel and scrub. Stay close to the base of the cliffs and use occasional game trails to make progress on this difficult section.

Once you pass the final ridge tower, move right/east onto the gentle ridge crest at just below 8,000 feet. Kneel down and take in some much-needed oxygen—you probably need it. Follow the ridge crest northwest up through an easy, albeit steep, pine forest. Stay just right/east of the ridge crest for the easiest going. There is some blowdown to skirt but it’s not too bad. Once above tree line, it’s a scree slog to the top. There is a bighorn sheep trail in the gravel, but it’s weak. The summit has a huge cairn. 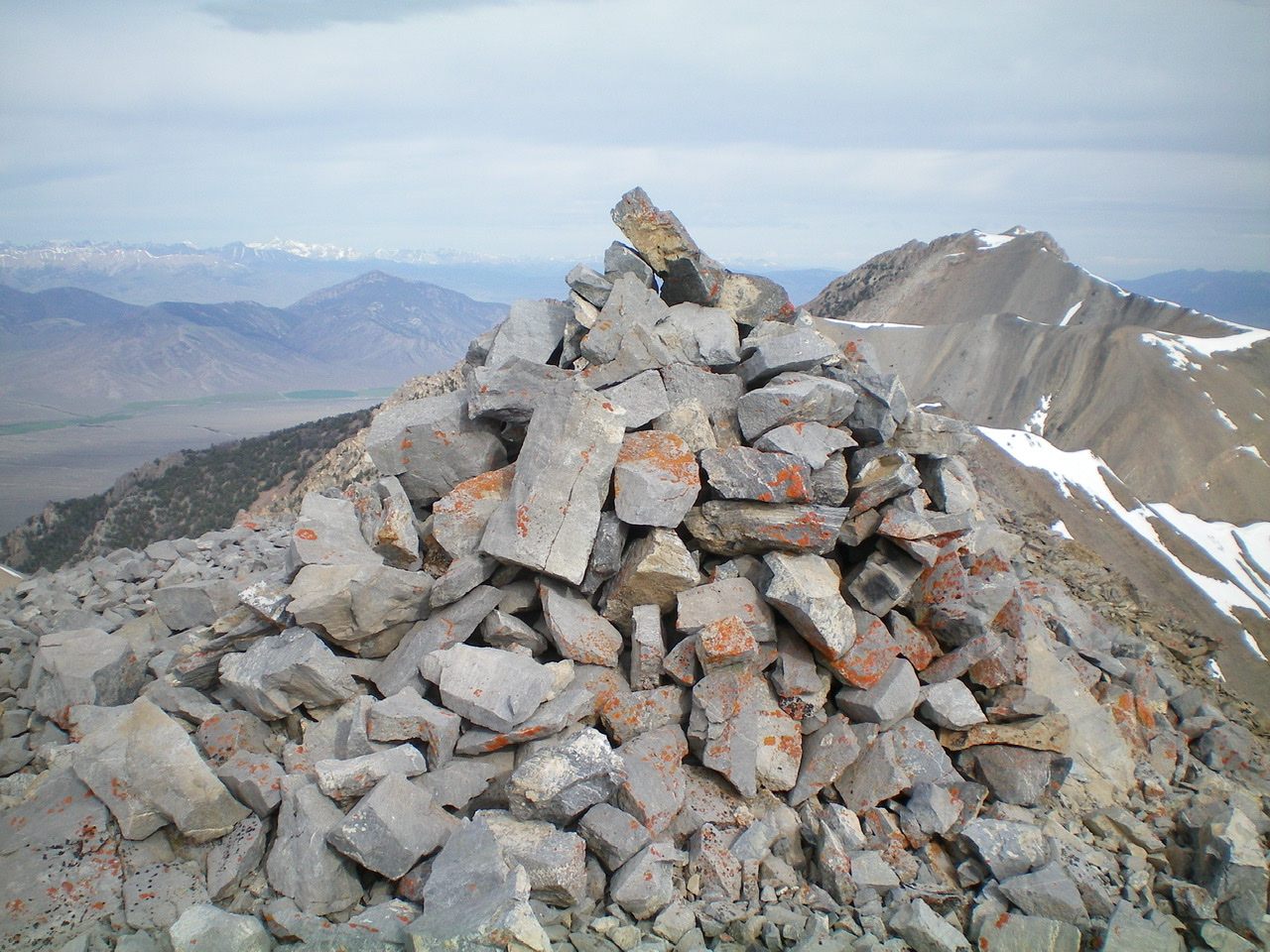 Same as for the FULL south ridge. This is the first leg of a ridge traverse from Swanson Peak to Sunny Bar Peak.

From the summit, follow the north ridge briefly then leave it to descend the west ridge to a minor saddle near Point 10292. Climb over Point 10292 and descend southwest to the low point between Swanson Peak and Sunny Bar Peak. This is the 10,060-foot connecting saddle and the terminus of the west ridge. The terrain on this ridge is mostly loose shale scree. Point 10292 has some ridge rock, but it’s easy to skirt or scramble over. Nothing worse than Class 2. You will even find some sheep trails to help.

Larry Prescott climbed the peak with his son Ben starting at Uncle Ike Creek. From the mouth of Uncle Ike Creek, it is 2.3 miles to Sunny Bar Canyon. Larry reports: “For this trip, we brought the four-wheeler and made quick work of those miles. Right before Sunny Bar Canyon, you cross the creek. We made the mistake of trying to bushwhack here through the dense growth and marshy ground. On the return trip, we learned that if we had followed the road just a bit more, we would have found a great place to cross the stream.”

He continues: “The plan was to start a traverse up the western slopes of the mountain. The ground was good and the going was easy. We reached the south ridge (at about 9,200 feet) in about 1 hour and 15 minutes. The rest was simple–just follow this meandering ridge to the summit. Once we left tree line, the rocky ridge was solid. The scree/talus was blocky and provided good footing. What could have been a long scree slog was surprisingly pleasant.” 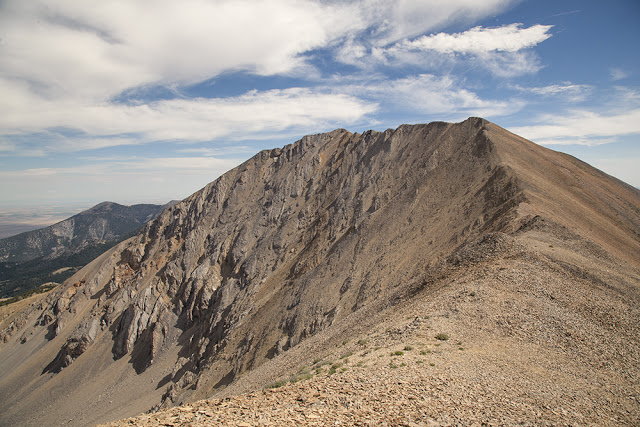 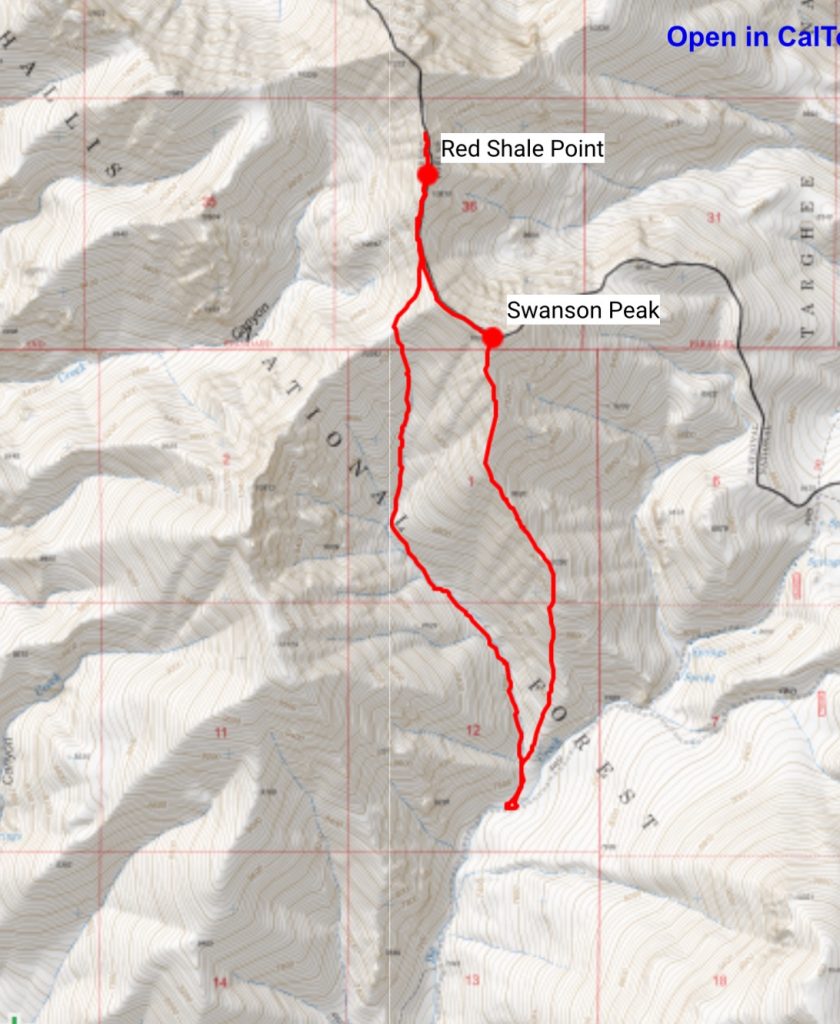 Larry’s GPS track from where he left Uncle Ike Creek.