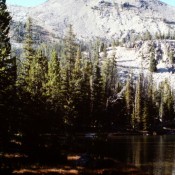 Climbing and access information for this peak is on Page 134 of the book. Ken Jones’ August 2011 trip report and GPS track are added below. Farther down the page is a brief discussion of the peak’s history as a fire lookout. Updated June 2019

Taylor Mountain is a big hump with a broad summit plateau and over 2,000 feet of prominence. The summit has the ruins of a fire lookout. USGS Taylor Mountain 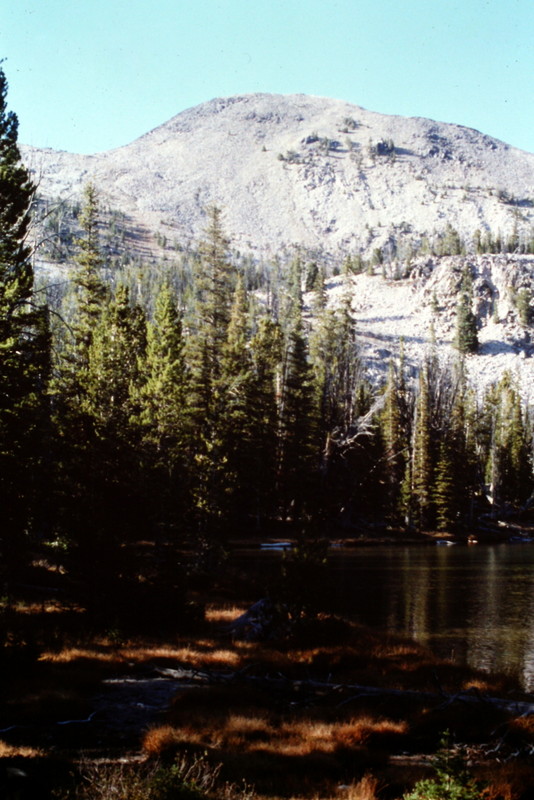 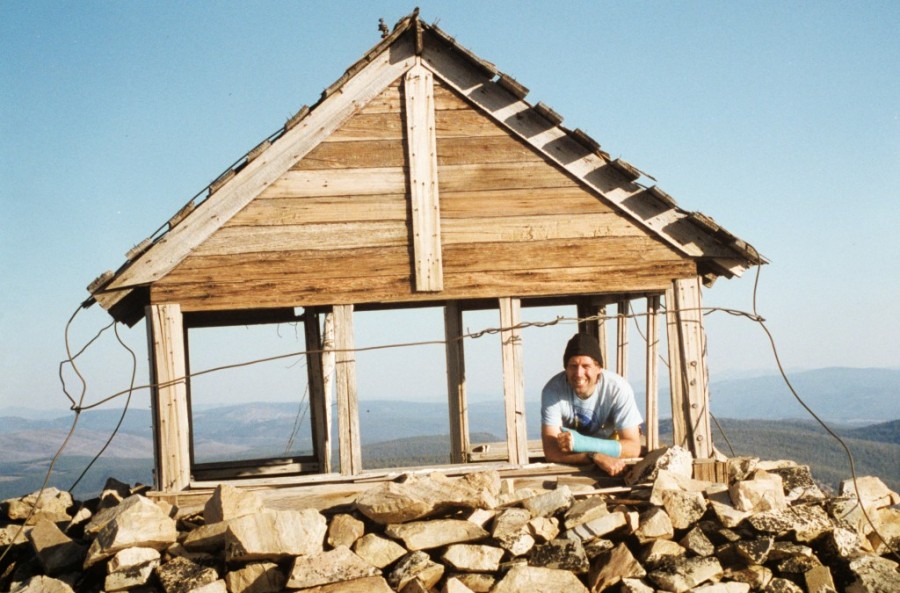 The old fire lookout atop Taylor Mountain in 1994. 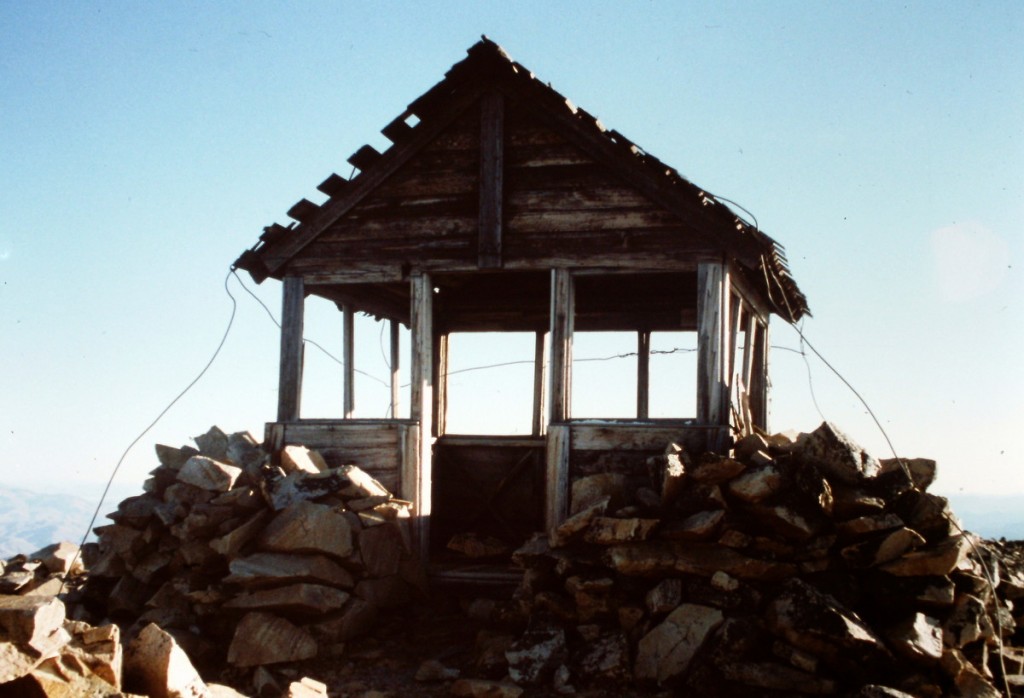 Another view of the old lookout. 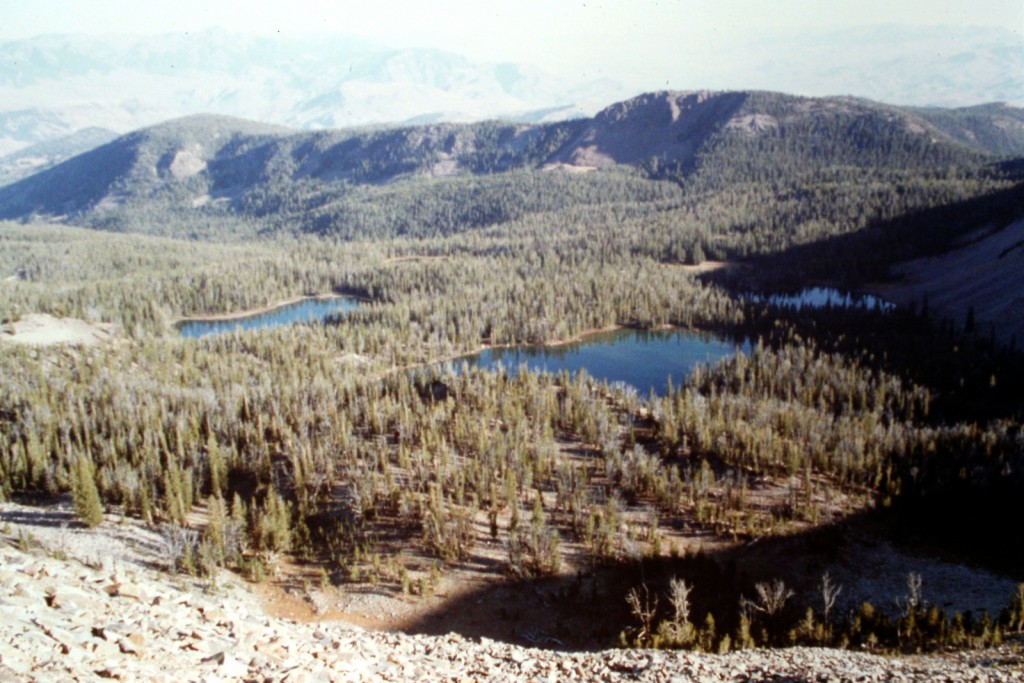 Hat Creek Lakes as viewed from the summit of Taylor Mountain.

Ken Jones followed the route in the book. His trip report is as follows:

I drove to Morgan Creek Summit on an excellent (35 MPH) gravel road and drove FSR-129 to its end at the trailhead, which is before the mapped end of the road. I followed FST-251 to Hat Creek Lakes (considerable ups-and-downs) and picked up the unmapped/unmarked trail just north of Lake 8805 that leads to the Lake 8923. Thanks to Tom Lopez and his book “Idaho: A Climbing Guide” for telling me this trail was there. It is used by horse packers and logs are cut out as necessary.

From the upper lake, I headed to the saddle south of the summit and picked up the old lookout trail to the top. This old trail is sketchy in places, but makes the talus hopping much easier than it would otherwise would be. You can reach the South Saddle by staying in the vegetated area, which is much easier than scrambling up the talus. 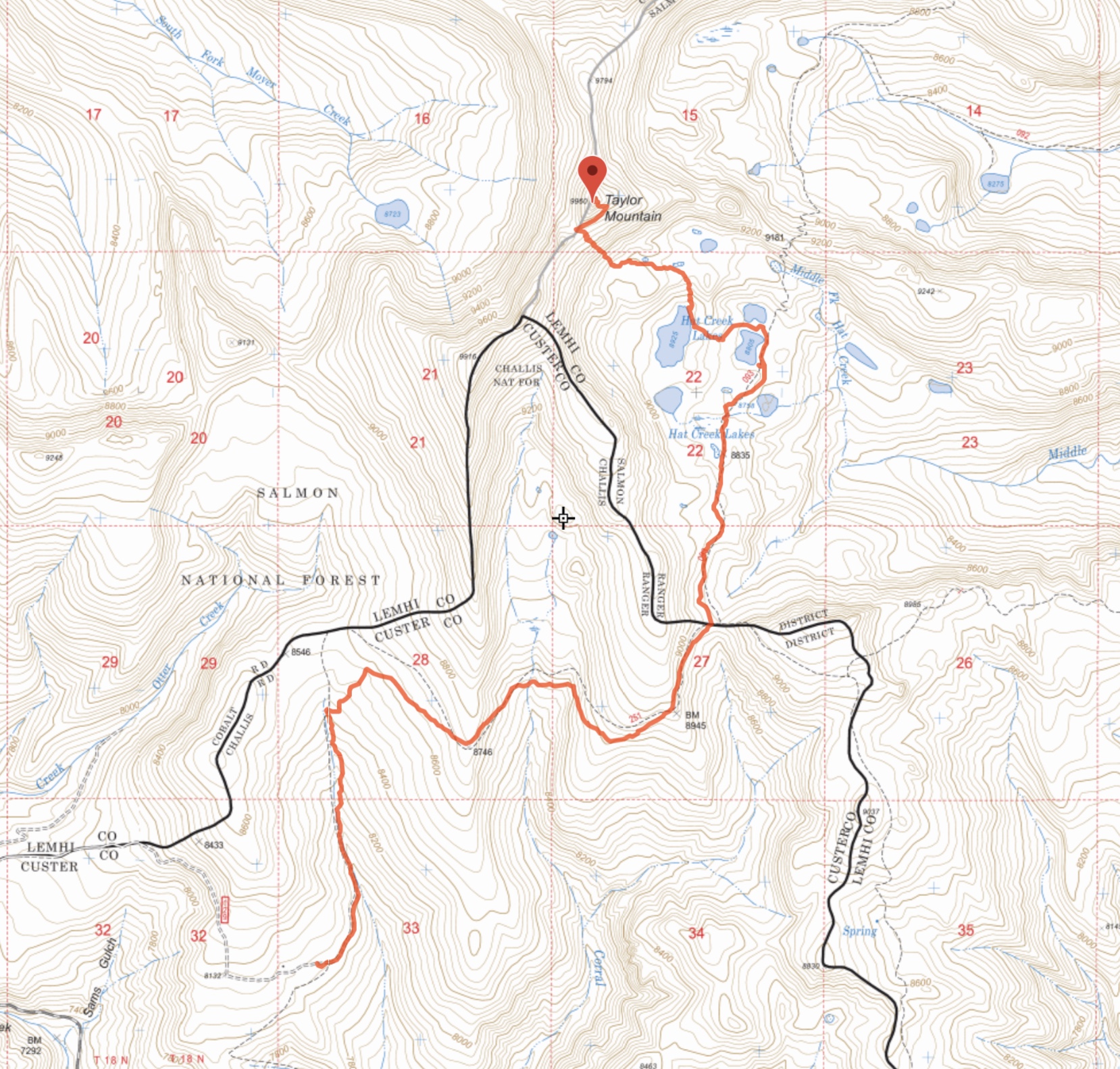 Because of its height and long-range visibility, Taylor was first indicated as a lookout on the 1918 map and was considered a primary lookout in the 1920s. It rapidly lost importance in the 1930s for a variety of reasons. First of all, more effective specialty lookouts were being built to guard specific drainages (Sheephorn, Red Rock, and Duck Creek). In addition, Taylor Mountain is highly glaciated and it was a long, hard way down to a spring for water, to say nothing of bringing in supplies on horseback.

By the 1930s, Taylor Mountain was used as an emergency point only, and it has long since been abandoned, though the very old building is still in place on top.

Taylor Mountain is at the head of Hat Iron and Meyer Creeks and, along with Sheephorn, is the most southerly of the Salmon Lookouts. Near Taylor Mountain are Hat Creek Lakes, the Hat Creek Road, the Iron Lake Road, famous for their scenic beauty. . . .—Salmon National Forest Fire Lookouts by Bing Young 1982, Pages 40-41. 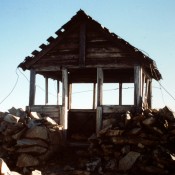 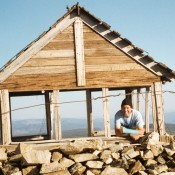