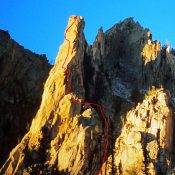 This formation is not in the book.

The Tusk is an enticing spire, located just south of Elephants Perch. I climbed it twice back in the mid-1970’s. I think these photos were taken on my second climb of it, in 1975 with Harry Bowron & Chris Puchner. I had climbed it a few years earlier with Harry Bowron. USGS Mount Cramer 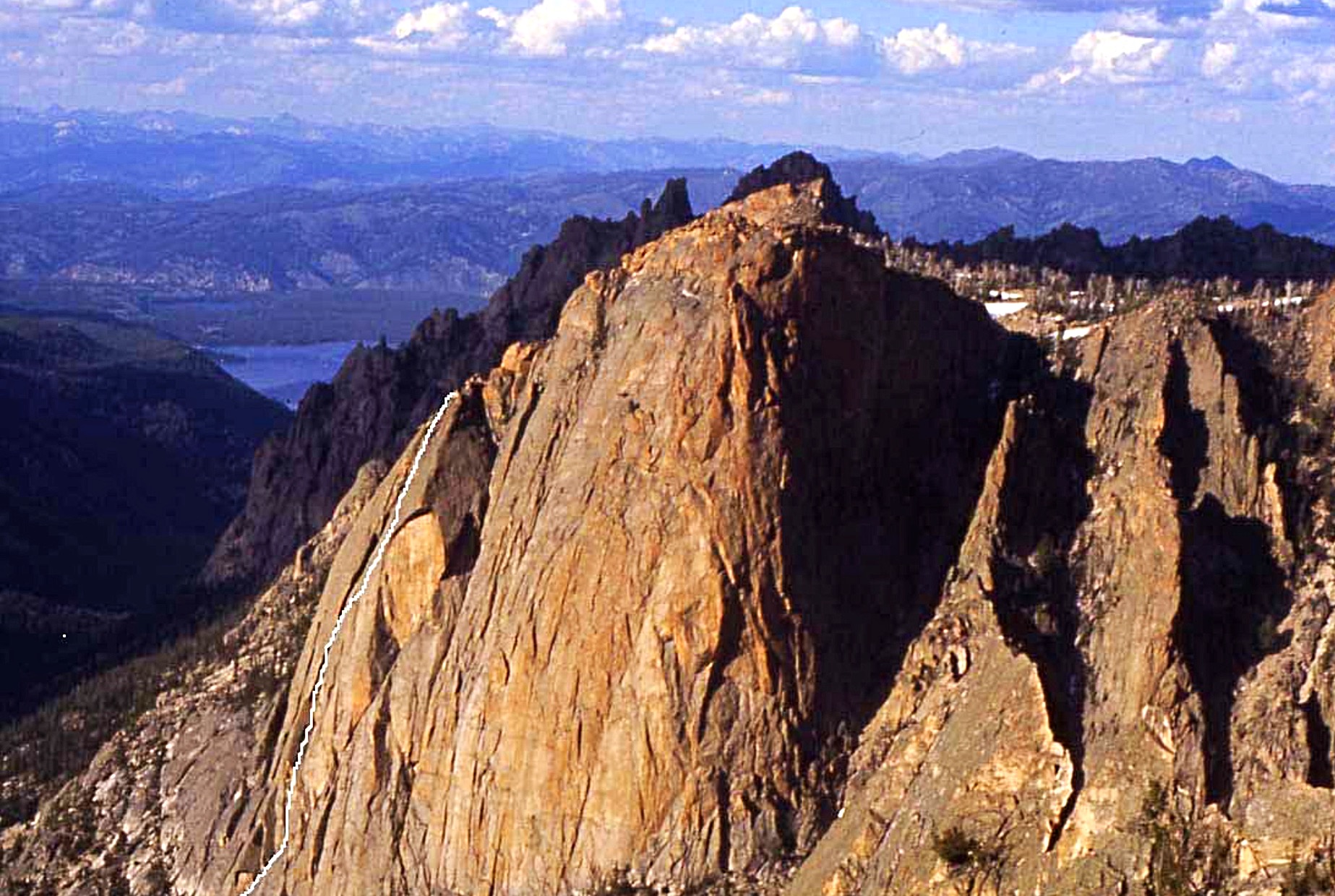 Elephants Perch as viewed from the top of Goat Peak. I think? The Tusk is the second pinnacle to the right of Elephants Perch. The white line on the perch is my route called “Pachydermial Pleasantries.” Ray Brooks Photo 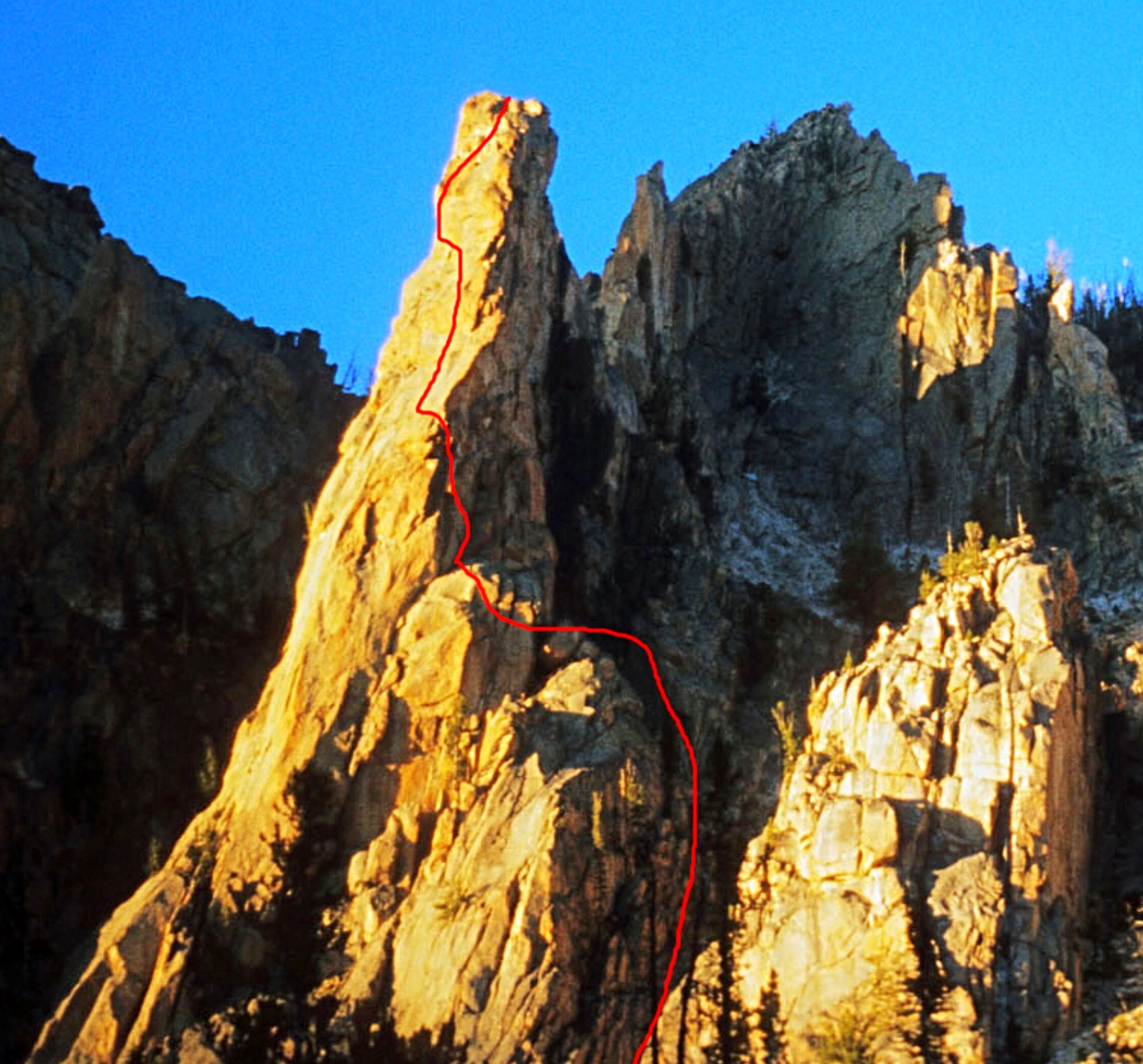 This photo shows what is probably close to the route we did on The Tusk, but I just don’t know after all these years. Ray Brooks Photo

Length and Difficulty. I don’t remember how many leads. The Mountain Project website states the route is 3 pitches. That doesn’t sound right. I think it’s at least 4 pitches to the top of The Tusk and then, rather than rappel, we kept climbing along the up-and-down ridgeline to the high point, or near the high point, where we could then mostly walk off the mountain. We rated it YDS 5.8, but the second time we did it, I was having a very good day and led a more direct variation that our climbing star Harry could barely follow and Chris couldn’t follow. YDS 5.9? Who knows? 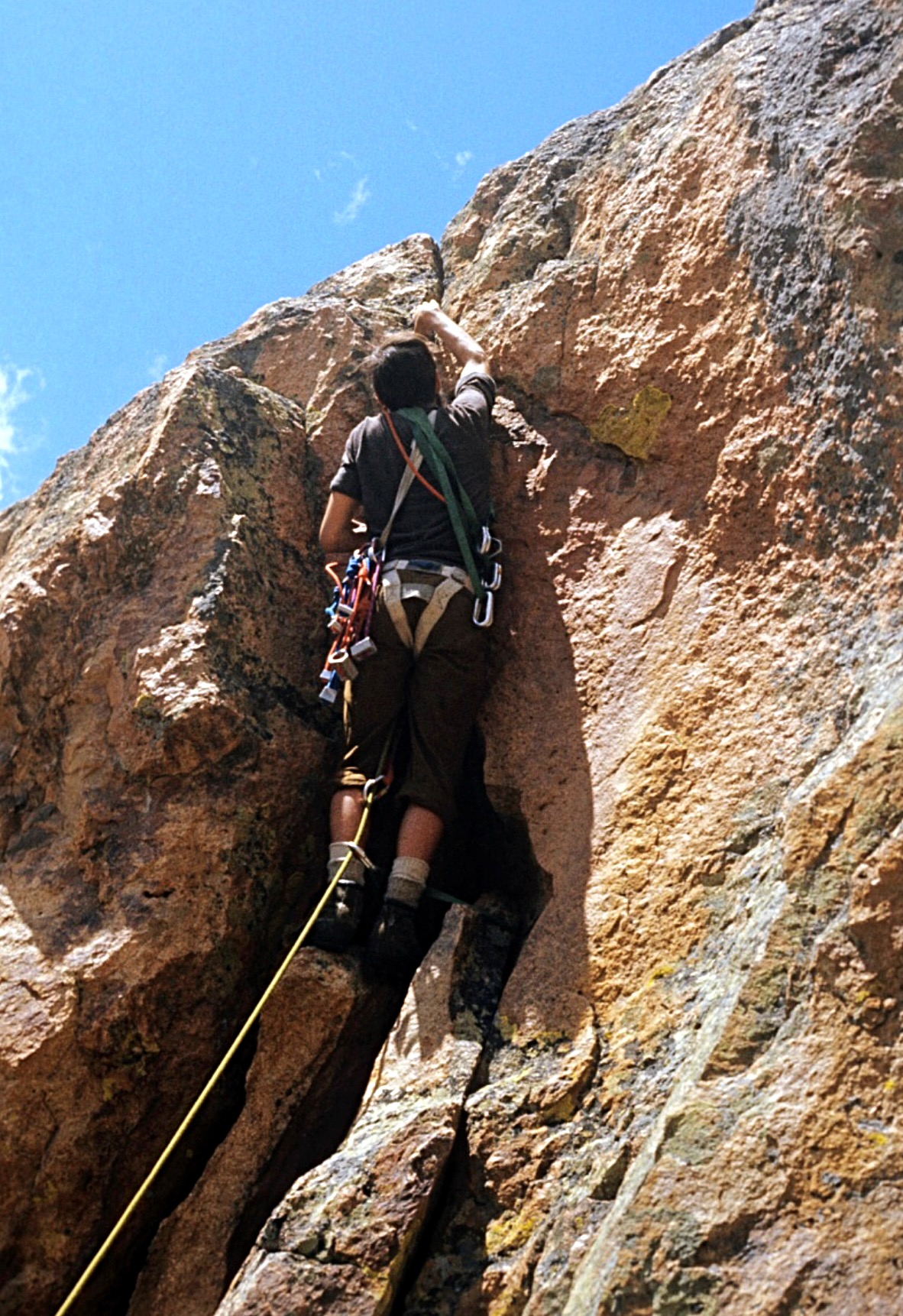 Per the red line, we hiked up a gully and then worked left to where the line starts up again. That was the first pitch and the photo below of Harry is on that crux pitch. Ray Brooks Photo 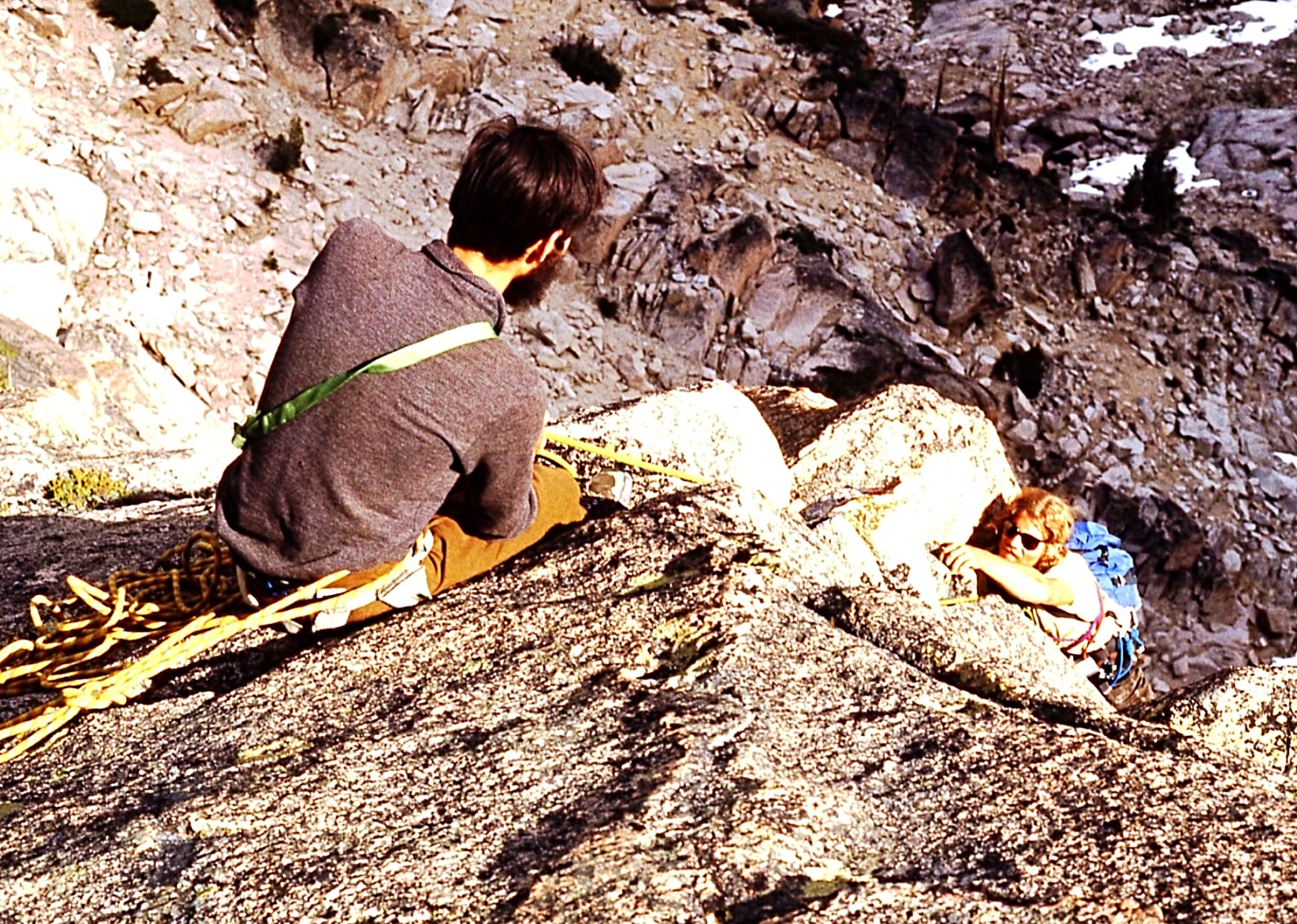 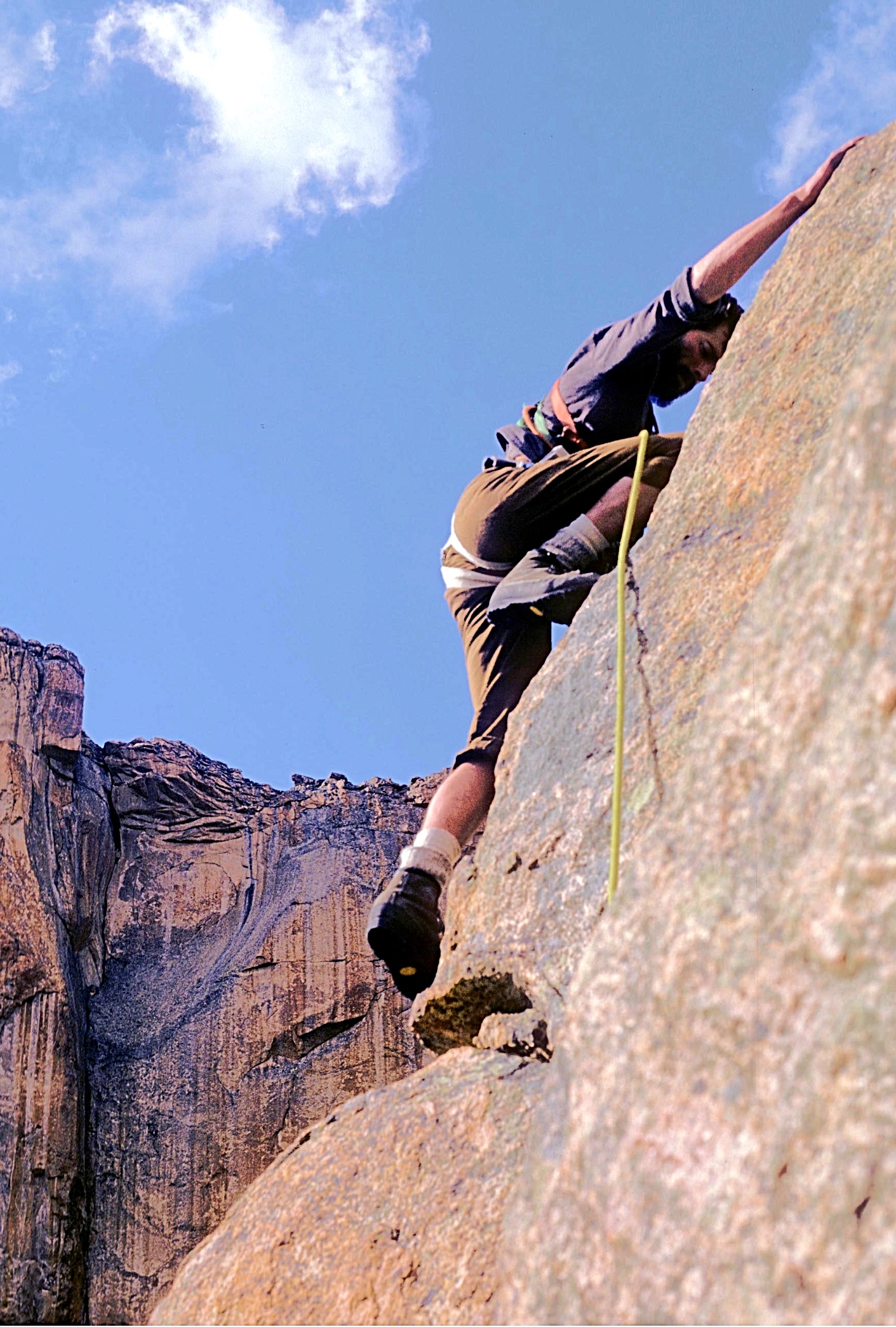