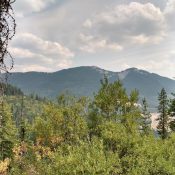 This peak is not in the book. Daniel Coulter and Terri Rowe provided the updated information set out below. During their 2021 climb access to the peak was open. Updated August 2021

Tiger Peak is the highest point in the Coeur D’Alene Mountains. It is located south of Sunset Peak. This peak is located on private property and public access may be restricted at any time. USGS Burke 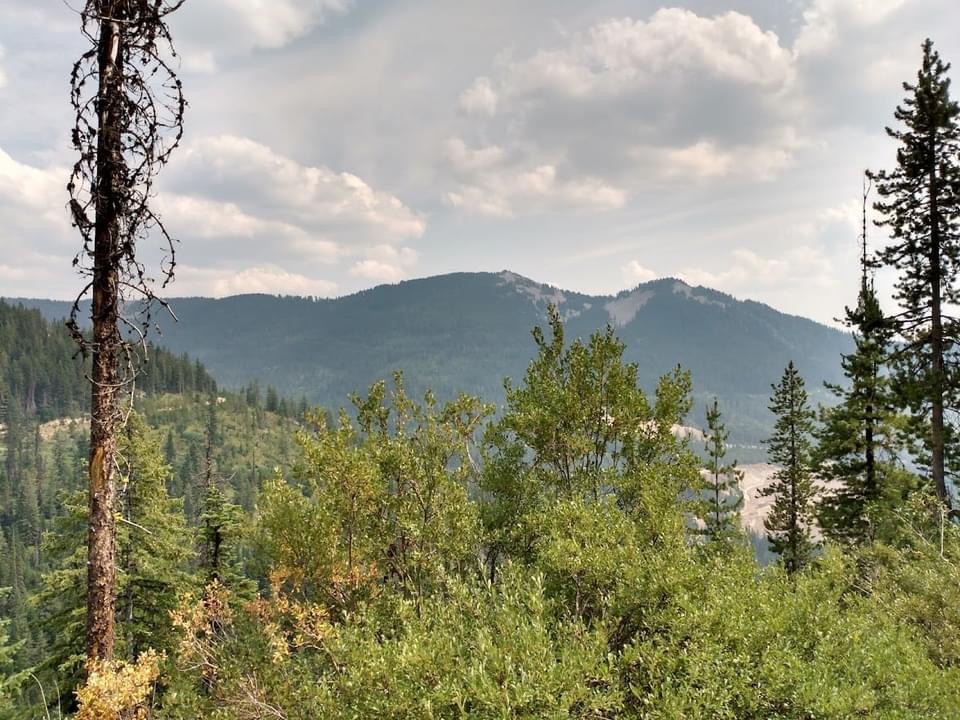 Tiger Peak in the distance top center is near Wallace, Idaho. SInce many roads out of Wallace are private mining roads. we access Tiger from the north along this road which you can see curving around middle left. Terri Rowe Photo

From Coeur d’Alene, drive east on I-90 approximately 50.0 miles. Take the West Wallace Exit (Exit 61). Travel north on FS-456 to Dobson Pass. At the top of Dobson Pass, turn right and follow signs toward Sunset Peak. Drive toward Sunset Peak. South of Point 5930, there are two junctions to negotiate (see the map below). Go right at both junctions, driving toward Tamarack Saddle. From Tamarack Saddle, follow the road south to the saddle south of Tiger Peak. Park here. Please note that this access road is on private property and access may be restricted at any time.

Daniel Coulter Access Report: “The area around Tiger Peak is riddled with private property, primarily for mining, and most roads are gated. Google Maps will attempt to take you along these gated roads so do not use it. Thankfully we were able to find a completely public route to the “trailhead” and I attached a GPS track of the drive in from pavement at Dobson Pass. The route is along generally good dirt roads but a few sections do require high clearance. We parked at a hairpin turn on the ridge, where there was room for about three vehicles.”

Hike from the parking spot to the summit. The east side of the ridge has been clear-cut. The route will cross through forested terrain in places. The summit area is clear of trees.

‘Daniel Coulter: “From where we parked, a use trail heads southwest along the ridge. We followed it until it disappeared, at which point we just kept along the ridge. We found a few other stretches of use/game trails, but much of the hike was in fairly open forest (very light bushwhacking at times). The hiking route is included in the GPS track. At the summit we found a benchmark and some old metal junk. There was no register so we left one near the benchmark.” 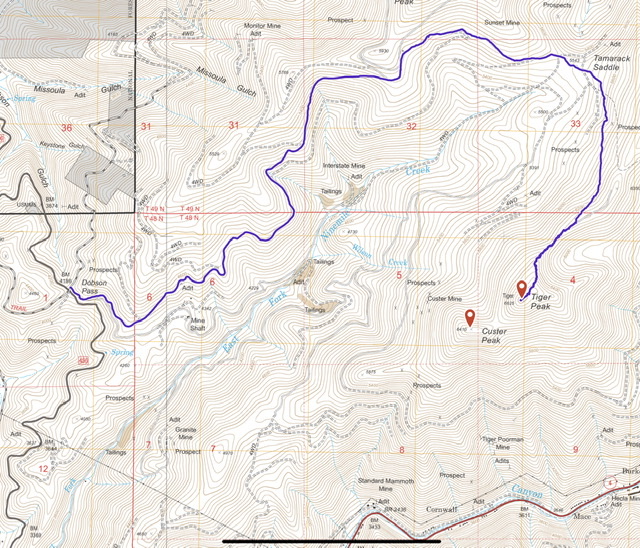 Daniel Coulter’s GPS track for the route he discussed above. 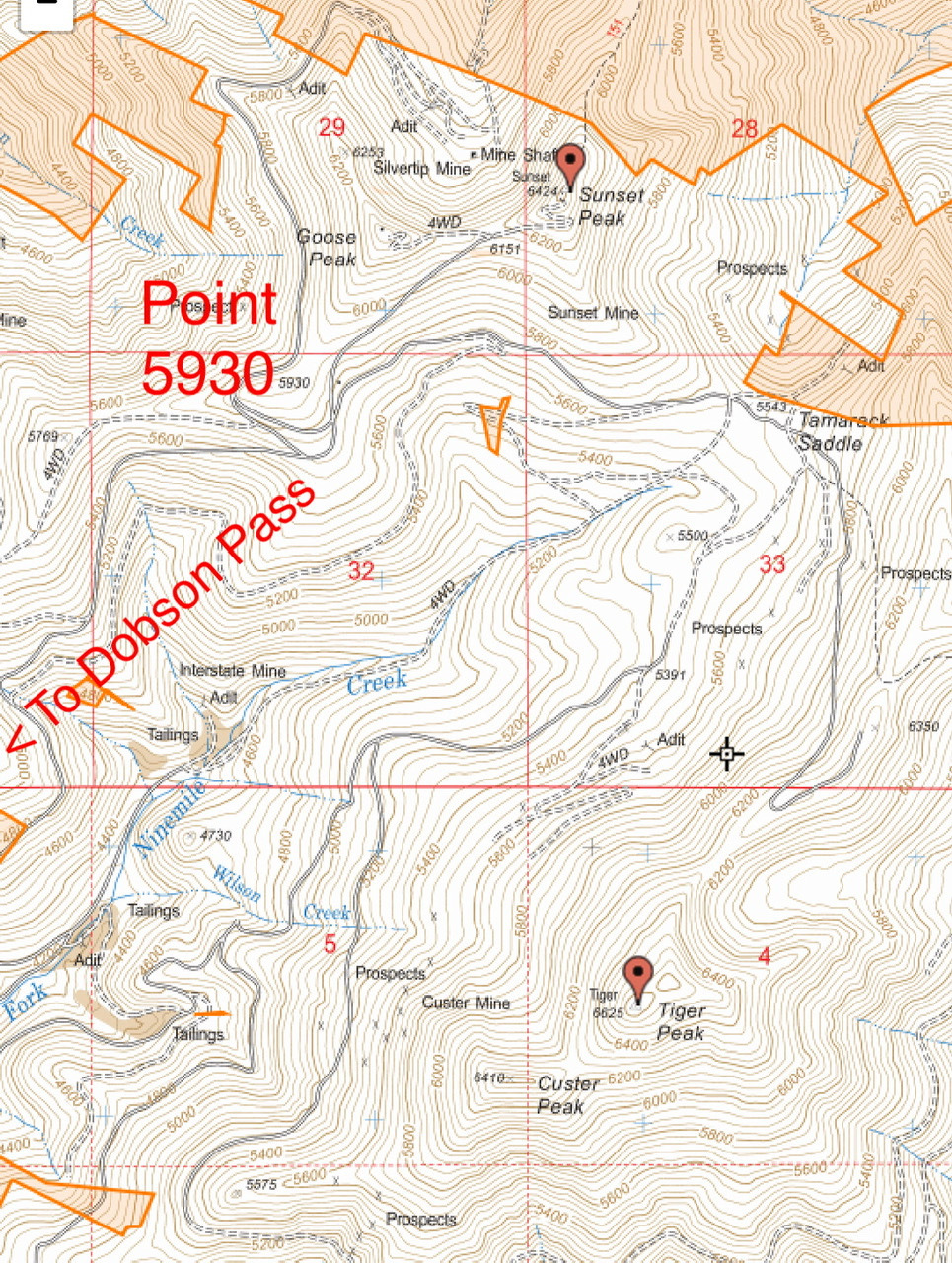 This map, taken from a USGS topo, shows the driving route from Point 5930. The non-shaded area is private property.