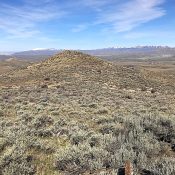 The Timmerman Hills are located on the North Edge of the Snake River Plain. ID-75 forms the West boundary of the hills and US-20 forms the North border. The plain forms the South boundary and the East boundary is the Picabo Hills. Picabo is pronounced “peek-a-boo.” This summit is the highest point of the Timmerman Hills. There are great views of the Smoky Mountains and Pioneer Mountains to the north. USGS Magic Reservoir East 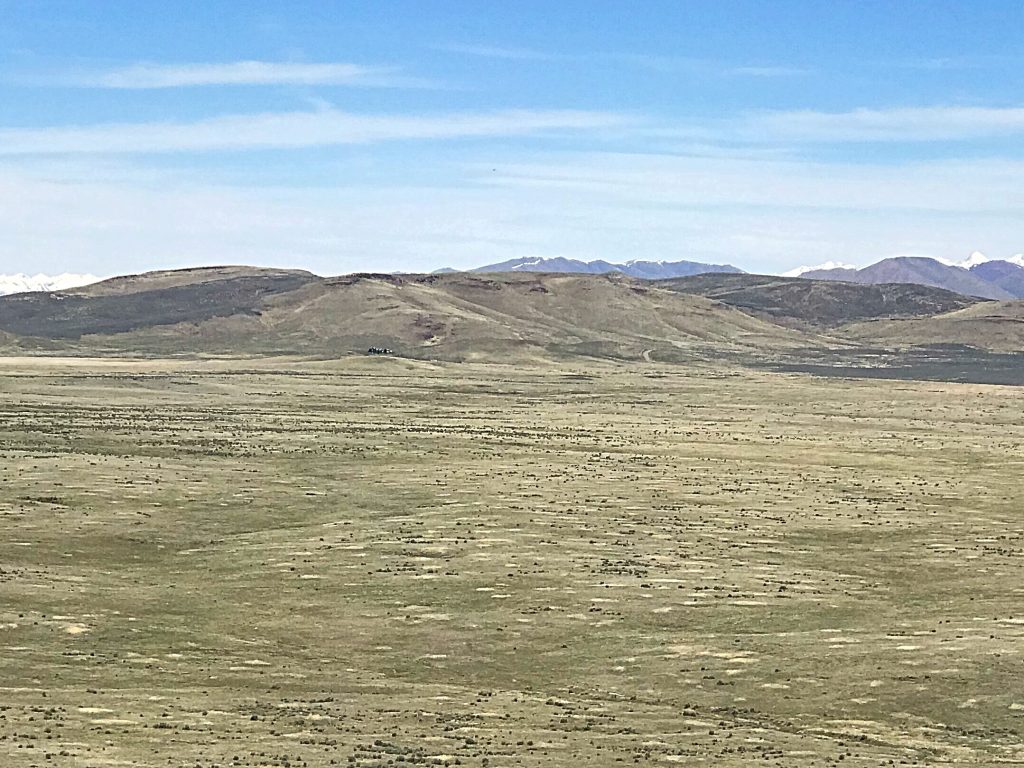 The Timmerman Hills as viewed from the south.

The best access is from ID-75 via Spud Patch Road. Access this road by following ID-75 south from the US-20/ID-75 junction for 1.3 miles. Follow the road south for 2.1 miles to a corral. Turn left and follow the two track, named on Google Maps as Hillside Ranch Road, northeast to a junction with a north/south trending road. Park at this spot, which is southeast of the summit. There is a gate which is easily opened to provide access to the ridge leading to the summit. 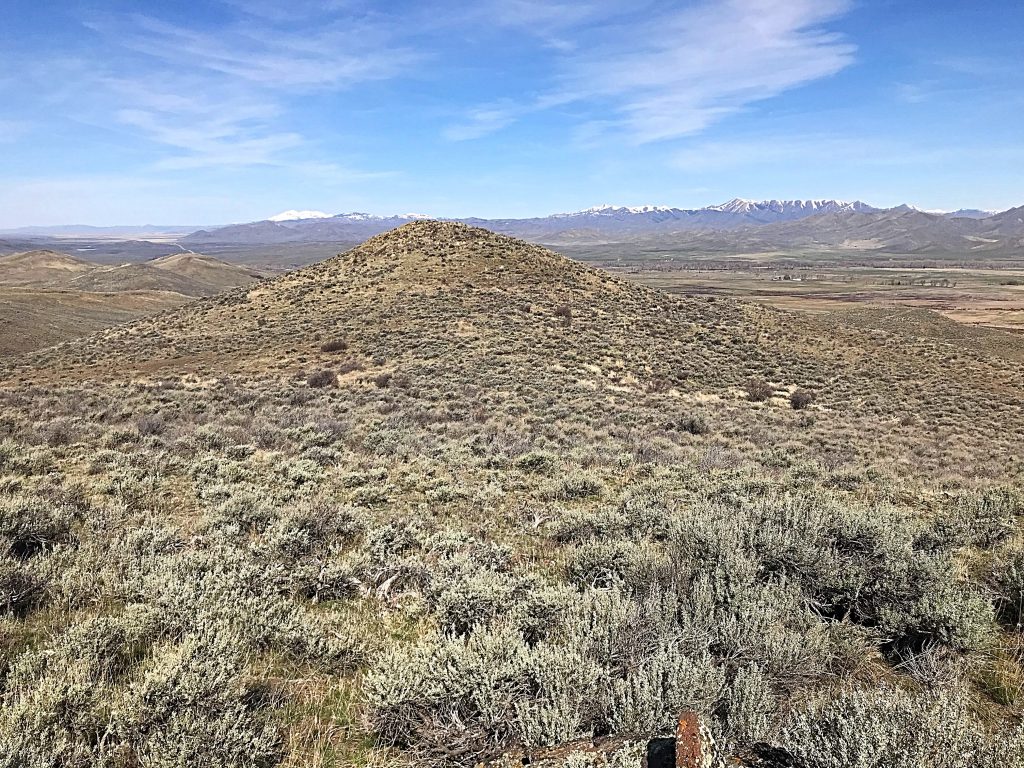 The highest point in the Timmerman Hills is this cone-shaped point.

From the parking spot, cross through the wire gate and proceed up the Southeast Ridge to the summit. You will eventually find a two track road that climbs up to the summit from the southwest. Follow this west until it ends on the hill’s eastern summit. The true summit is cone-shaped and is a short distance farther west. Trip stats: 2.9 miles round trip with 644 feet of elevation gain. 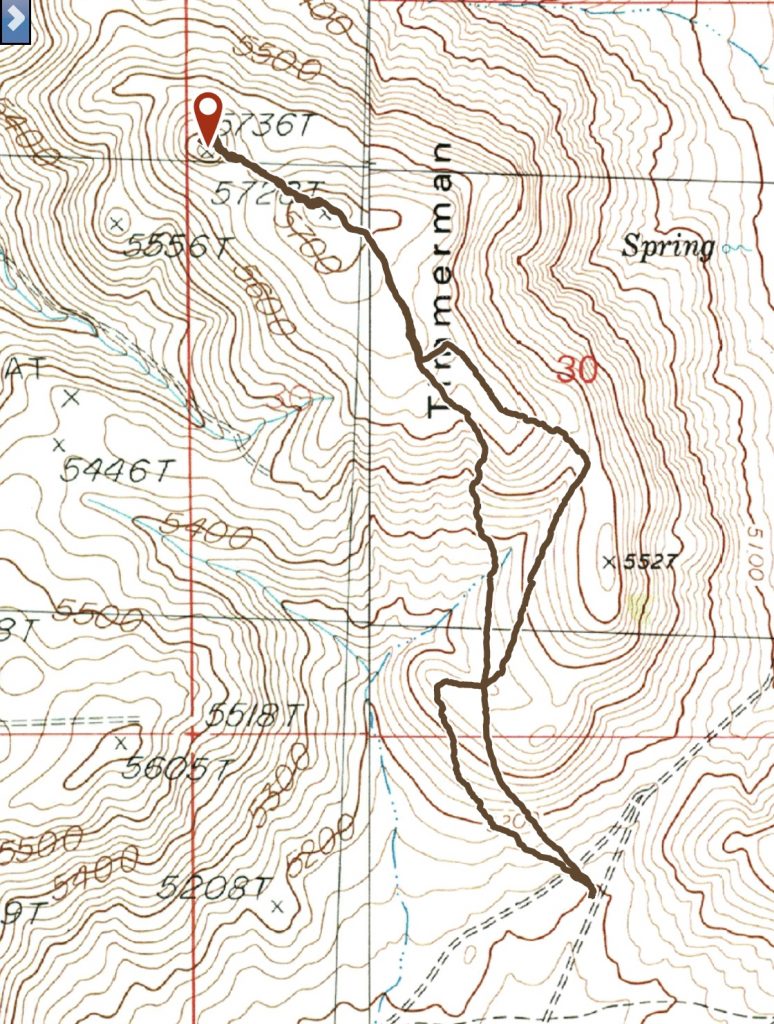 My GPS track for the Southeast Ridge Route.