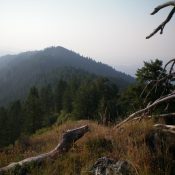 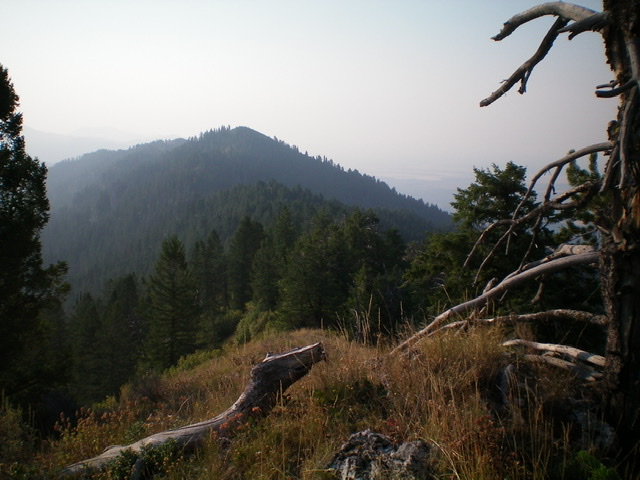 From the 7,340-foot connecting saddle with Peak 7669, follow a steep, rugged use “trail” to the summit. I use the term “trail” loosely here because the footpath is overgrown and has some treacherously steep, loose sections of scree/gravel. That being said, it still beats bushwhacking in the tall, thick veg and thick forest nearby. The summit of Twin Peaks West is an open scrub hump with loose talus scattered about and a decent summit cairn. It offers a magnificent view of Twin Peaks East (7,640+) and the Snake River.

The summit cairn atop Twin Peaks West with [the lower] Twin Peaks East in the background on a very smoke-hazy morning. Livingston Douglas Photo 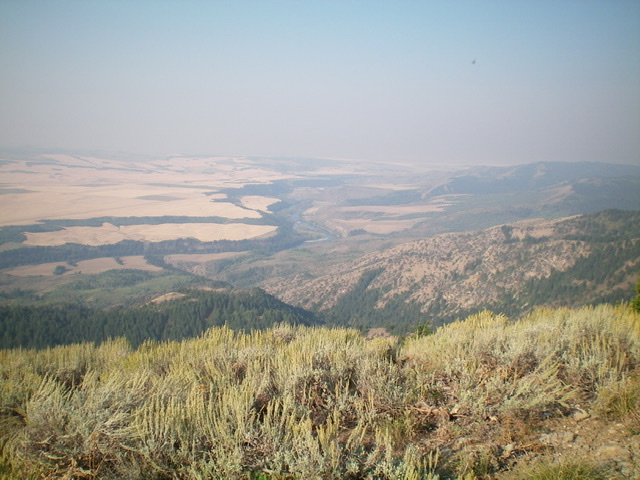 View of the magnificent Snake River from the summit of Twin Peaks West. Livingston Douglas Photo 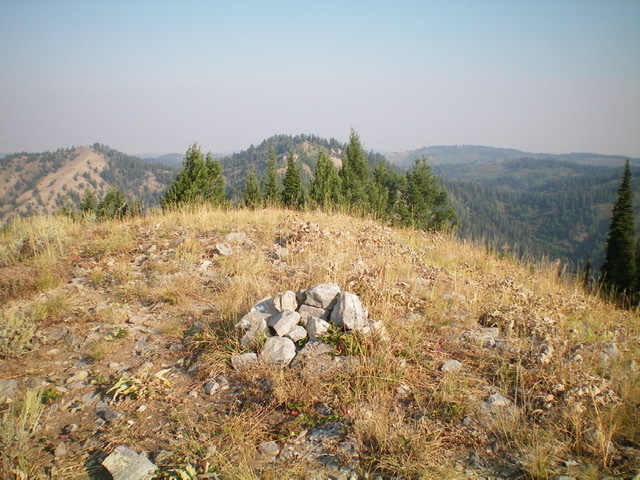