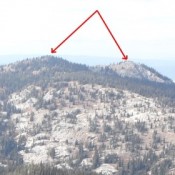 Twin Peaks has two distinct summits and is unofficially known as Dolly Parton Peak. The South Summit is the high point. It is located just north of the rugged North Face of Jughandle Mountain. Climb the peak via its South Slopes which can be reached from Louie Lake. USGS Paddy Flat 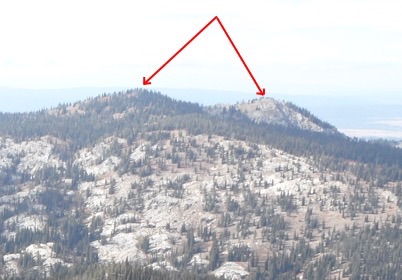 Twin Peaks as viewed from the east. John Platt Photo