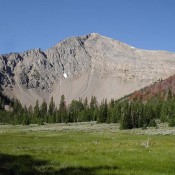 Climbing and access information for this peak is on Page 219 of the book. I added Brett Sergenian’s GPS track which shows the standard route for this peak. Livingston Douglas provided route information for peak’s north ridge and west ridge. His difficult Class 3 climb up the west ridge was more than likely a first ascent. Also check out Dave Pahlas’ and Brett Sergenian’s trip reports linked below for additional details and photos. Updated December 2019

WCP-3 is another rarely-visited White Cloud Peak. The peak is typically climbed from Hoodoo Lake along with an ascent of WCP-1. USGS Robinson Bar 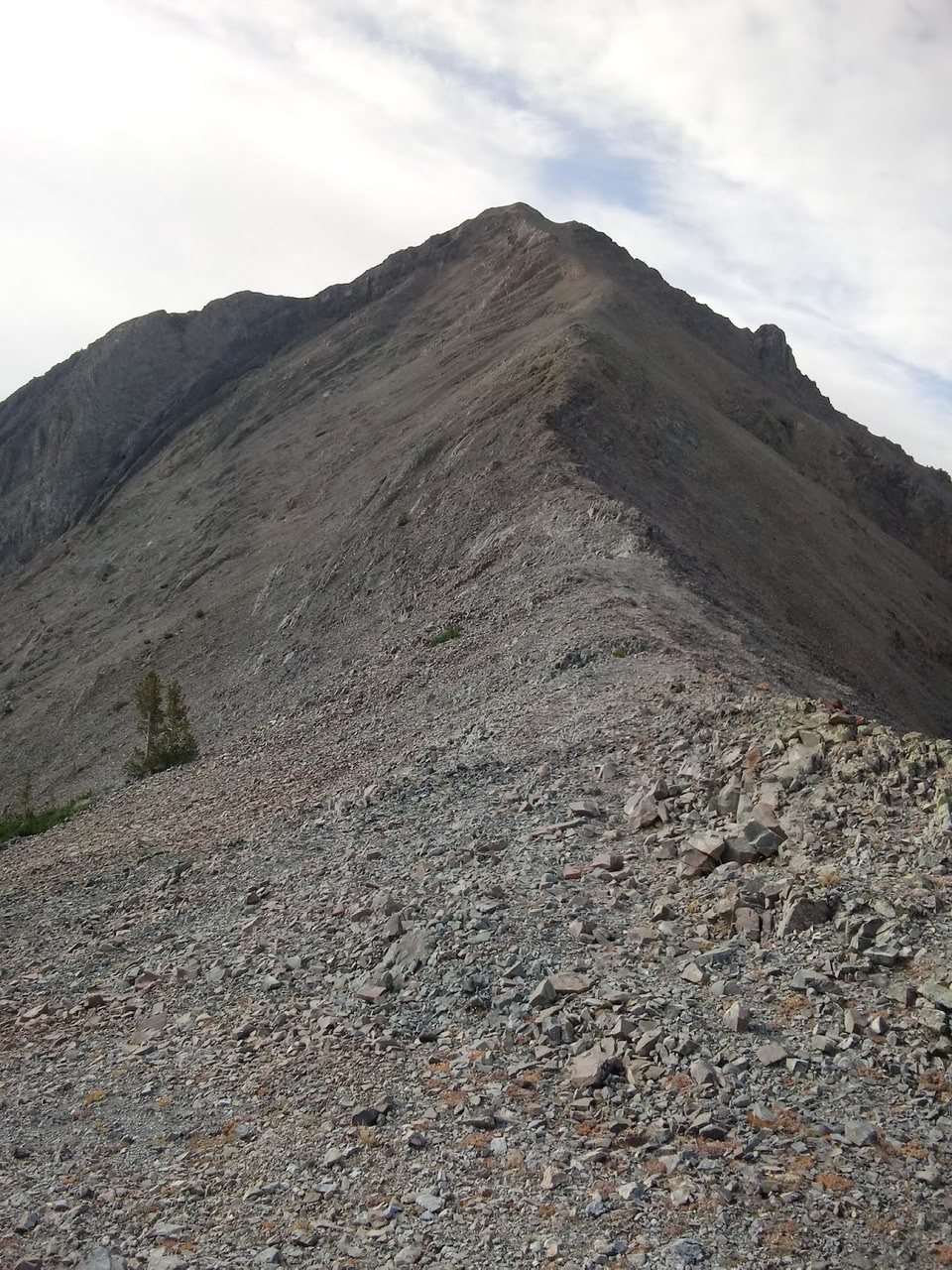 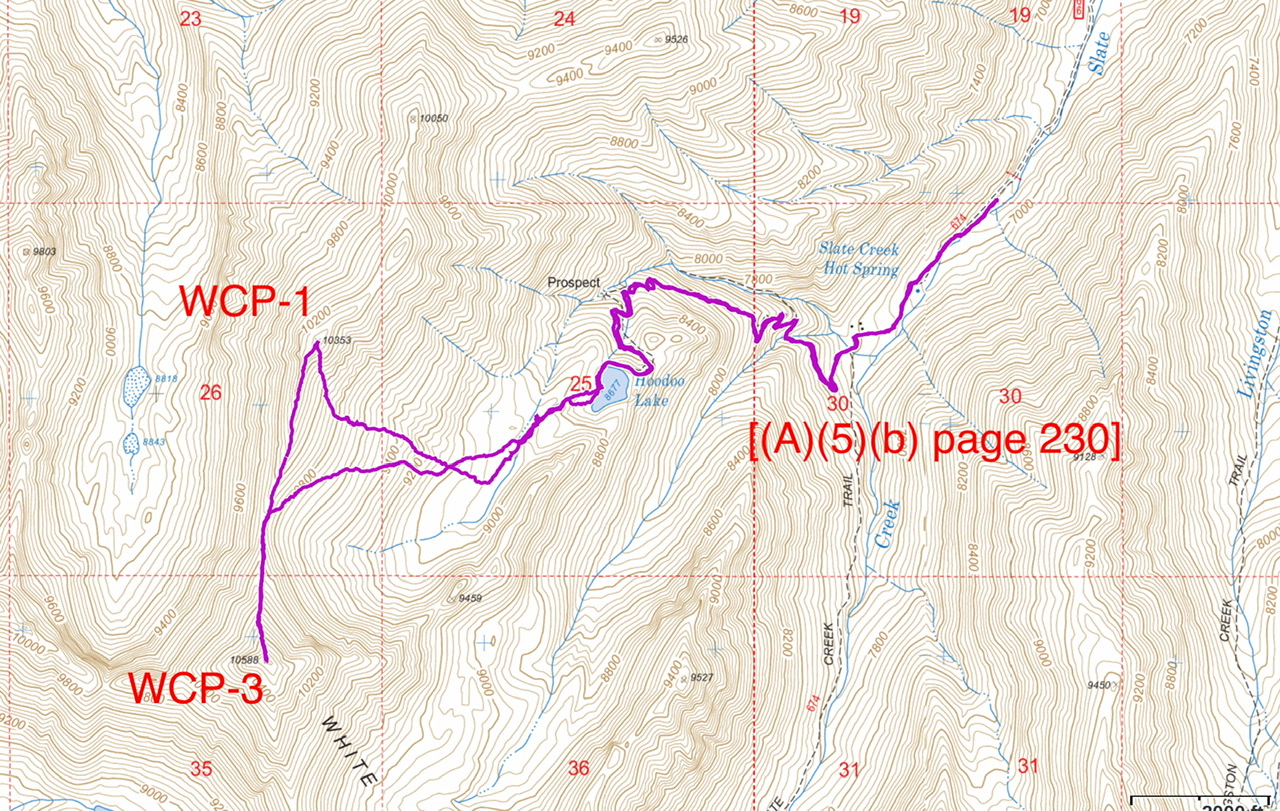 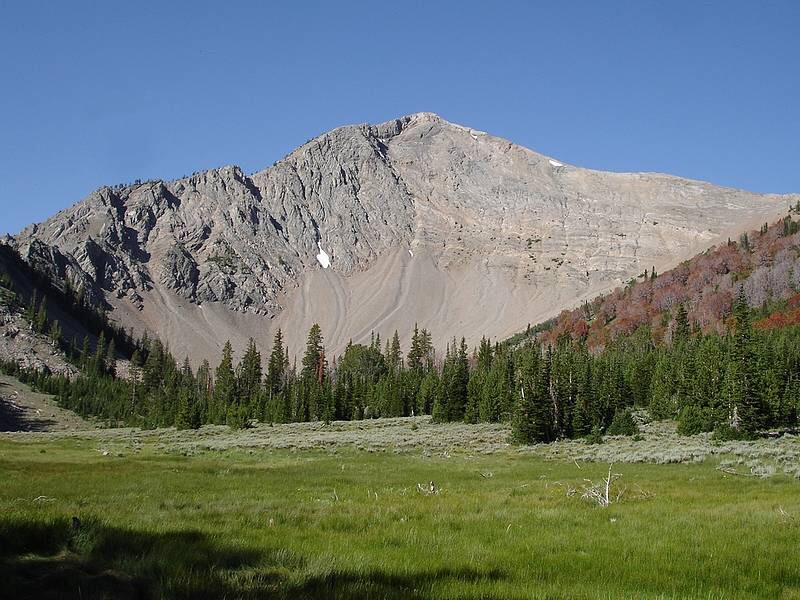 Start the climb from the end of Hoodoo Lake Trail at the north end of Hoodoo Lake. Follow a climber’s trail south along the west side of the lake to reach the inlet stream. Scramble up a steep hillside north of the inlet stream (staying away from the unpleasant stream drainage itself) to reach a forested shoulder. Follow the shoulder south to reach a nice, open meadow at 8,900 feet. Hike south across the meadow, then turn southwest, then west to scramble up rather loose gravel scree (using game trails whenever possible) up through open forest on the right-hand side of the drainage to reach the ridge saddle between WCP-1 and WCP-3 at 9,900 feet. From the saddle, follow a good game trail up the ridge scree to the gentle summit of WCP-3 (Class 2). Nice views of several other of the WCPs from the summit, as well as a good look at the rugged connecting ridge to WCP-2.

Via the north ridge from Hoodoo Lake

I climbed WCP-3 as part of a triple traverse of WCP-1, WCP-2, and WCP-3. The route description begins at the summit of WCP-3 and returns to the summit of WCP-3 after a climb of WCP-2. From the summit of WCP-3, descend the West Ridge on steep scree and talus. The ridge narrows just before reaching the base of a Class 3 tower (Point 10,000+). Scramble 60 vertical feet up over the tower and continue down the ridge to reach the WCP-3/WCP-2 saddle at 9,780 feet. Stay on or close to the ridge crest to keep this ridge climb at a Class 3. Upon returning from WCP-2, ascend the West Ridge of WCP-3 from the 9,780-foot saddle. Climb up over Point 10,000+ then descend 60 vertical feet to a small saddle. Continue up the ridge on steep scree and talus. Thankfully, the summit of WCP-3 is a gentle hump of broken scree. No exposure here.