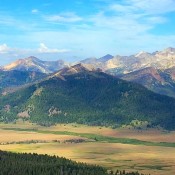 This peak is not in the book. Margo Mandella and Livingston Douglas provided the route updates found below. Updated November 2020 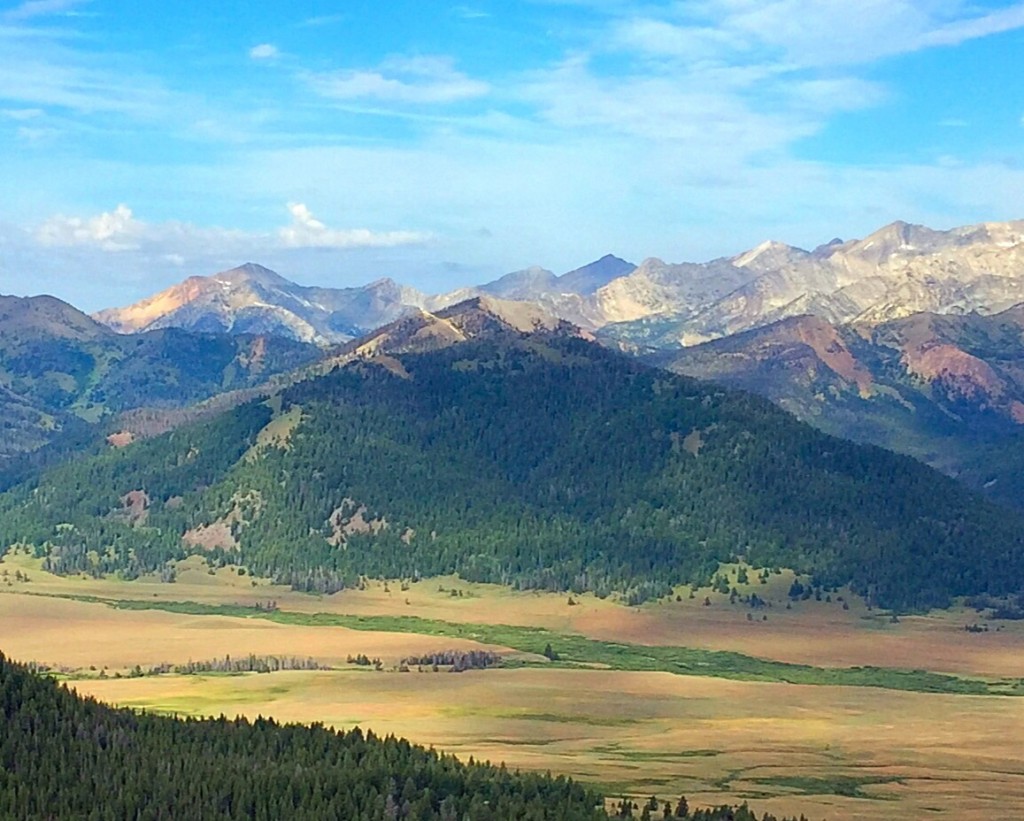 The White Mountains sit in front of the main Pioneer Mountains Crest between Broad Canyon and Bear Creek. 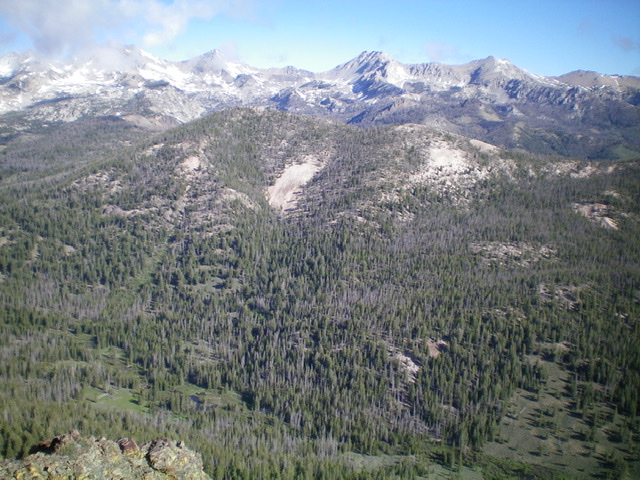 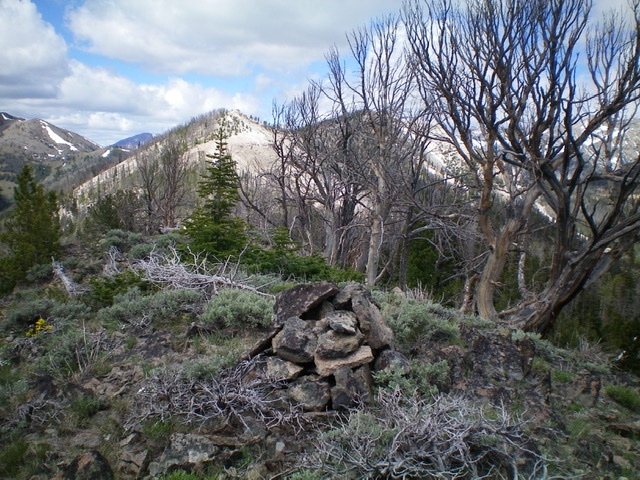 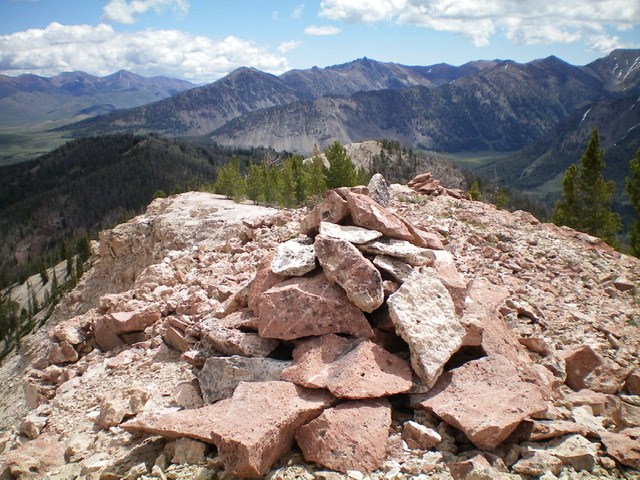 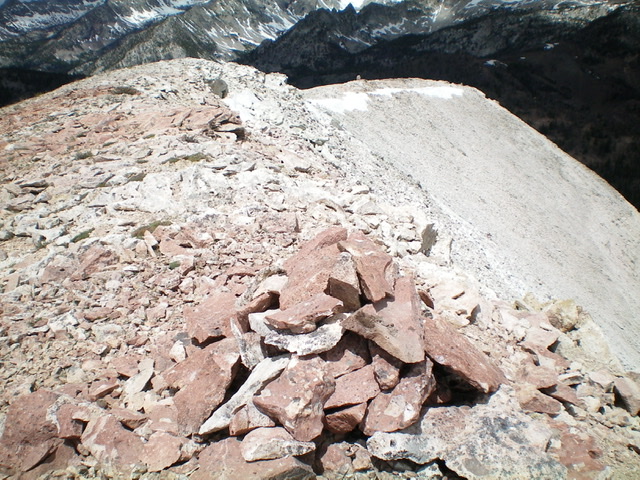 The day after the 2016 IdahoSummits Fall Outing, Dan Robbins and three others climbed White Mountains West (and East) and contributed the following photos, GPS track, and a link (below) to Dan’s trip report. Class 2. 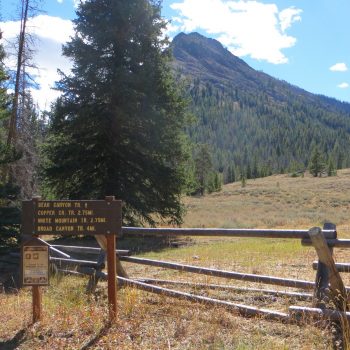 Glide Mountain is seen at the start of the Bear Canyon trail (out of Star Hope Campground), which can be used as an approach route for the White Mountains. Steve Mandella Photo

Our route began from the Star Hope Campground on the Bear Canyon trail. 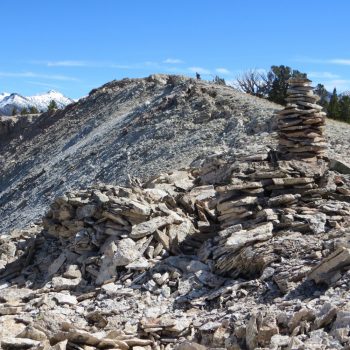 Looking at the summit of White Mountains East behind the cairn. Steve Mandella Photo

We followed the trail until we reached a point that was suitable to go off-trail and head toward the summit ridge. 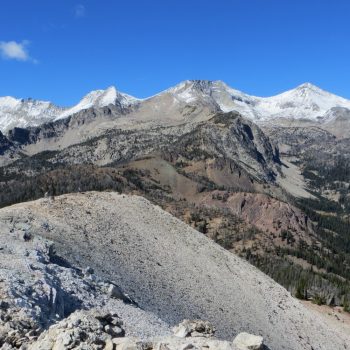 We enjoyed a short, view-filled trek to the actual summit. 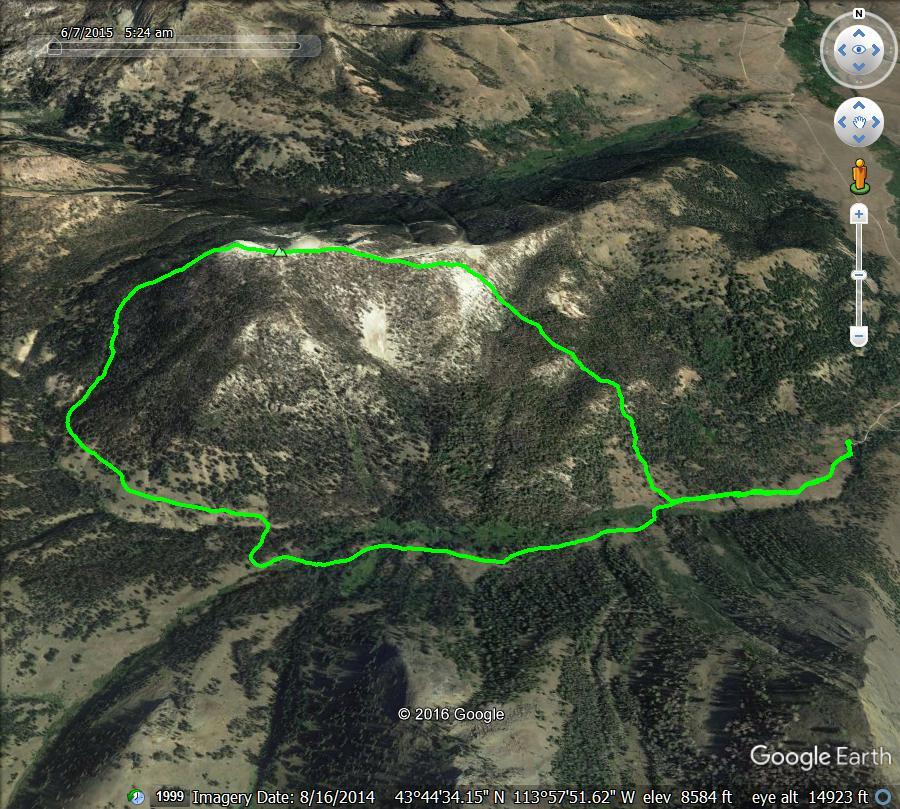