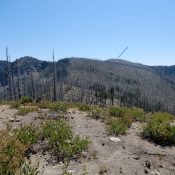 This peak is not in the book. Published August 2020

Zena Peak is covered by a fire scar. It is located south of Blue Lake Peak between the Secesh River and the South Fork Salmon River. USGS Williams Peak 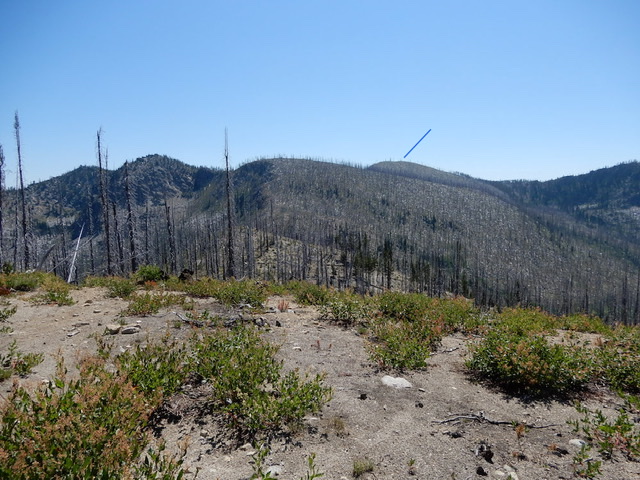 Zena Peak as viewed from the west. John Platt Photo

This peak can be climbed via its west slopes from FST-294. See John Platt’s trip report which is linked below. He ascended the peak from the FST-294/FST-079 junction via the northwest ridge and descended its west slopes back to FST-294. 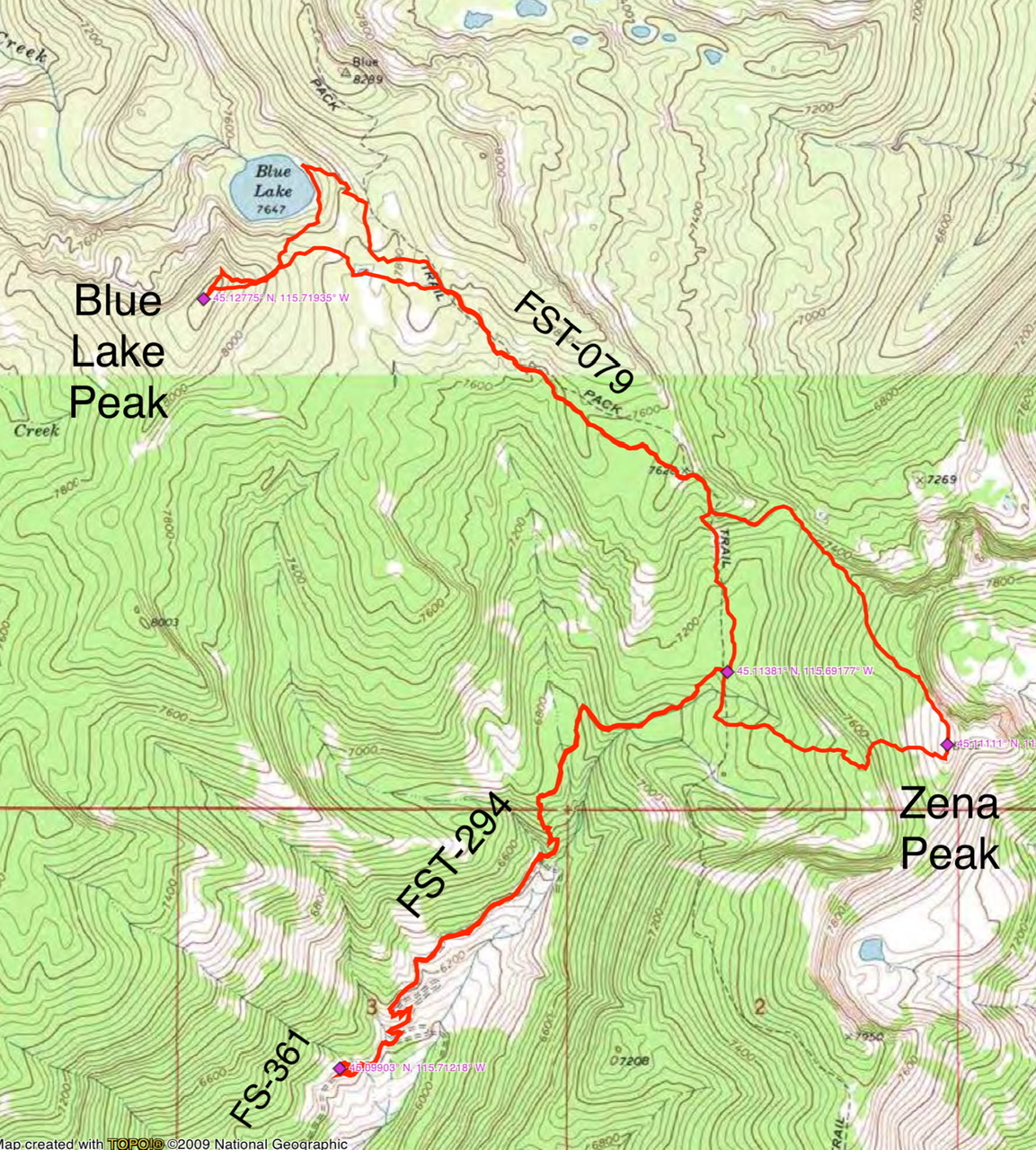