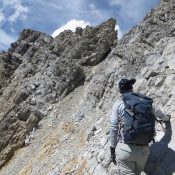 The East Ridge Route is rated Class 3 in the book. Steve Mandella climbed the peak with John Fadgen in 2016 and subsequently provided the following comments: “John and I both would rate the East Ridge as Class 3+ with very careful or tricky route finding. A jagged ridge that sometimes can be followed, but often one needs to drop below to find a way through. Not as well traveled or solid as Mount Idaho. Sharp rock as well. We both trashed our gloves!”

Although only rated Class 3+, the East Ridge Route requires strong route-finding skills and climbing experience on broken rock. If you get off route, you can easily get into dangerous terrain. Steve and John descended the South Face. The South Face, as evidenced by the photos below, is a complicated mess of cliffs, gullies and loose rock. Once again, only climbers experienced in crossing such terrain should consider descending or climbing this face. Use this link to read John’s trip report. Class 3+. USGS Elkhorn Creek

Return to the Mount Morrison page. 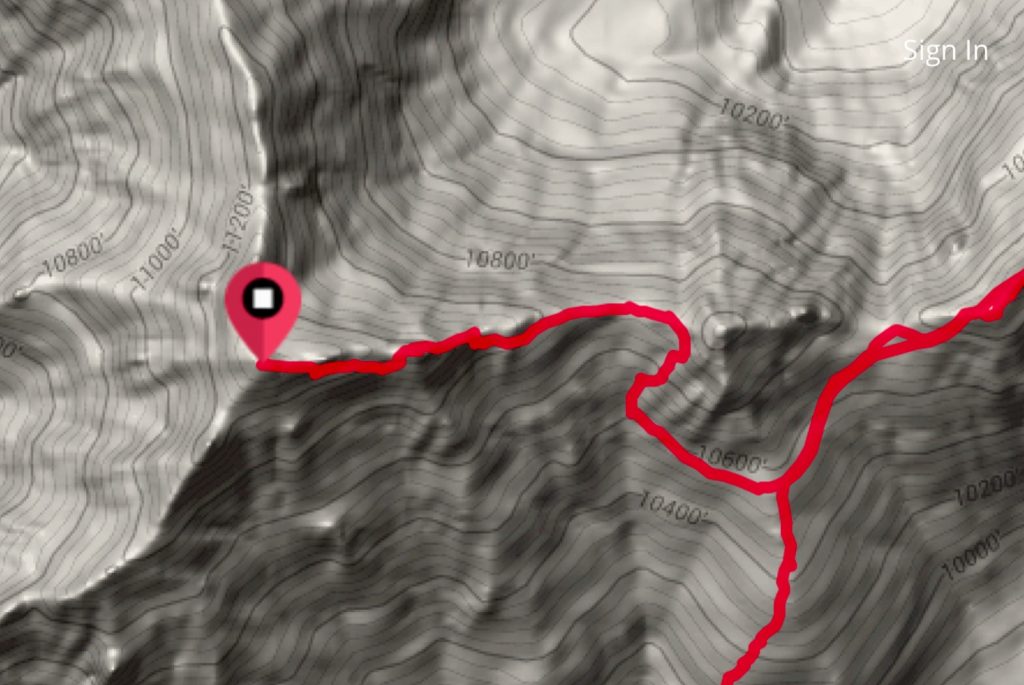 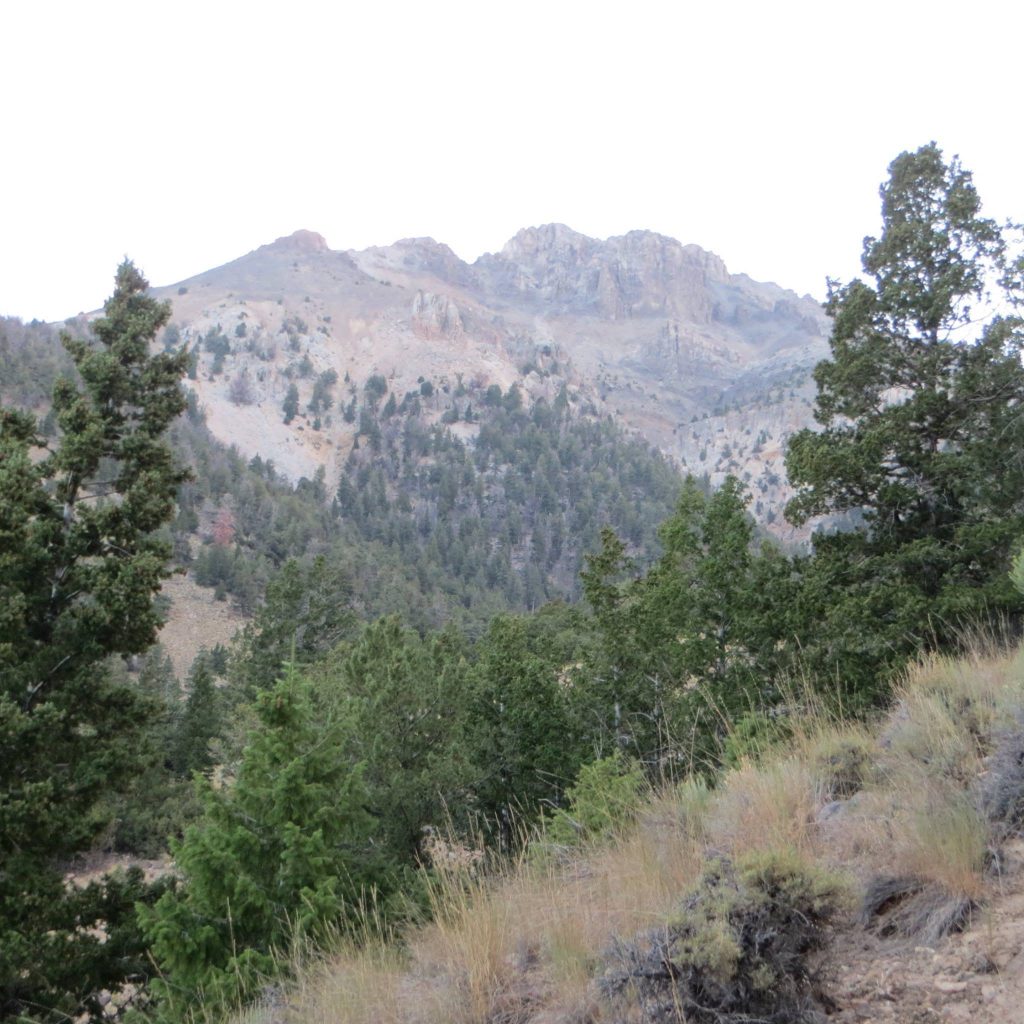 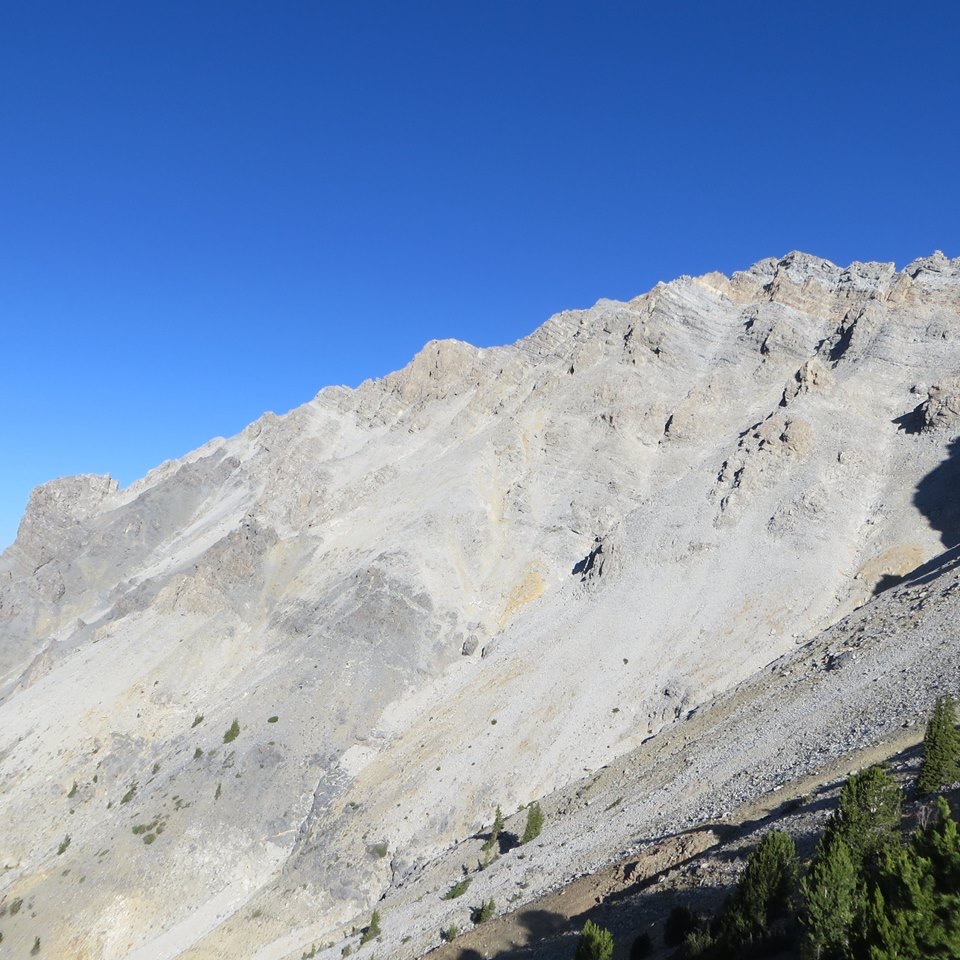 Another view of the South Face approaching the Mount Idaho/Mount Morrison saddle. 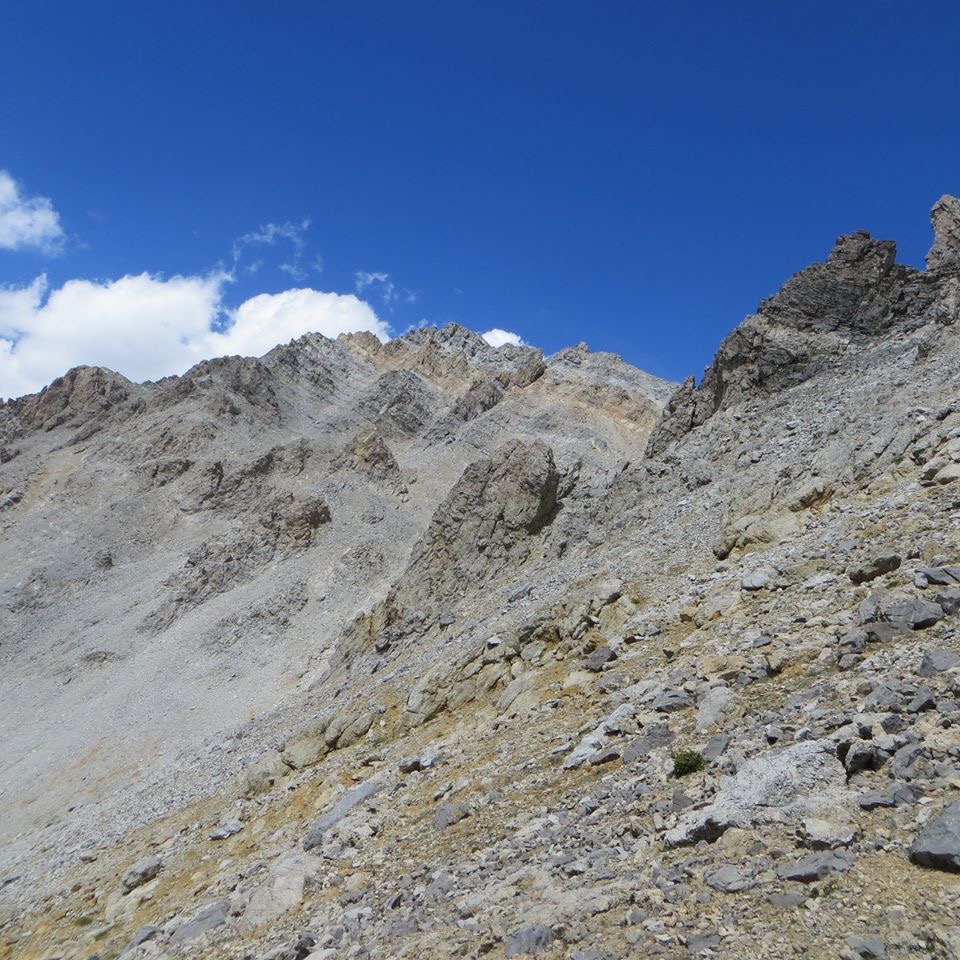 Another view of the face. 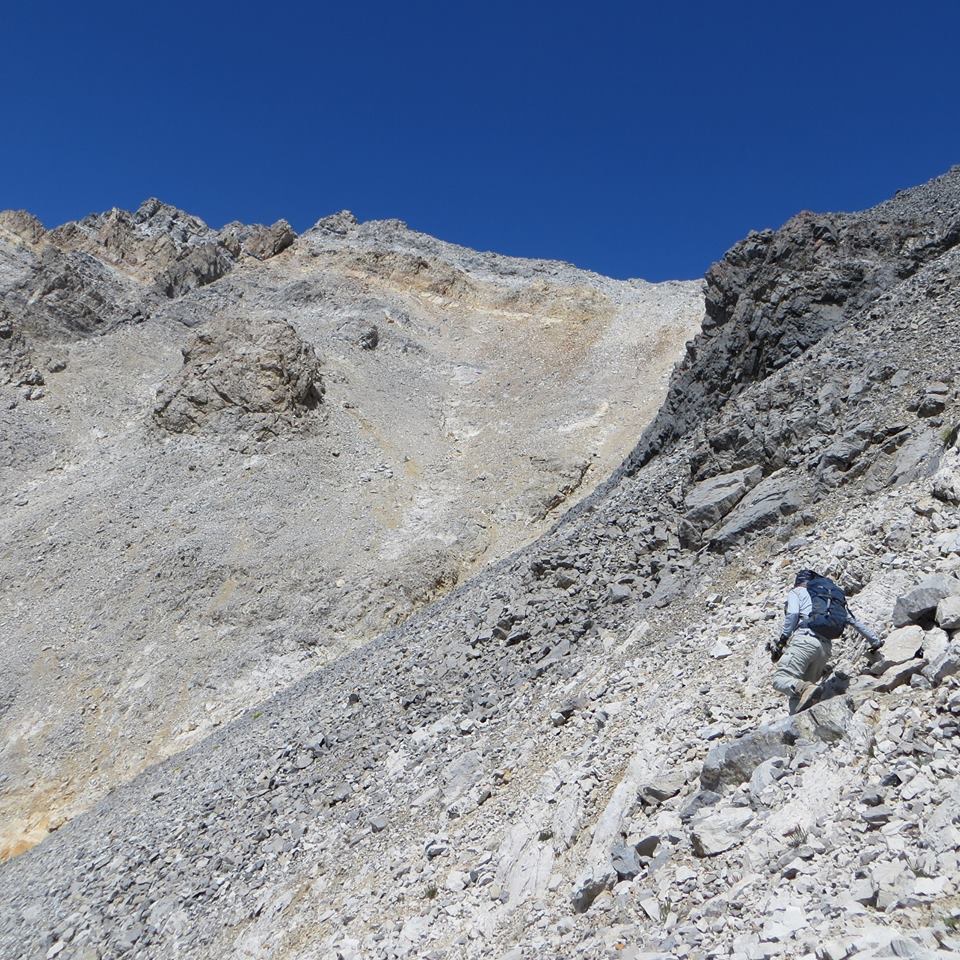 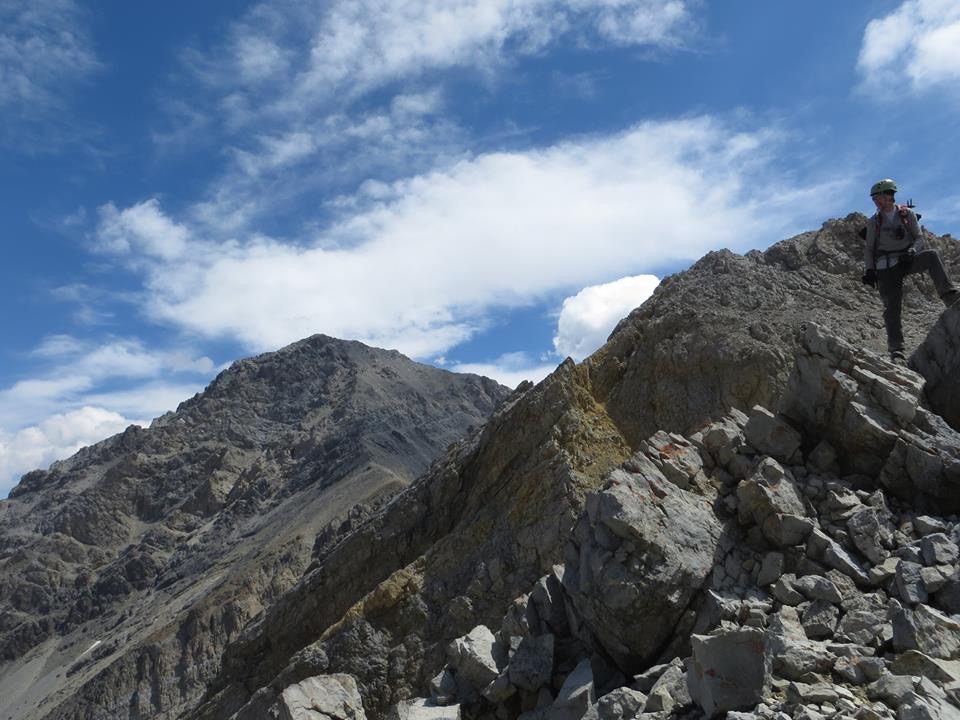 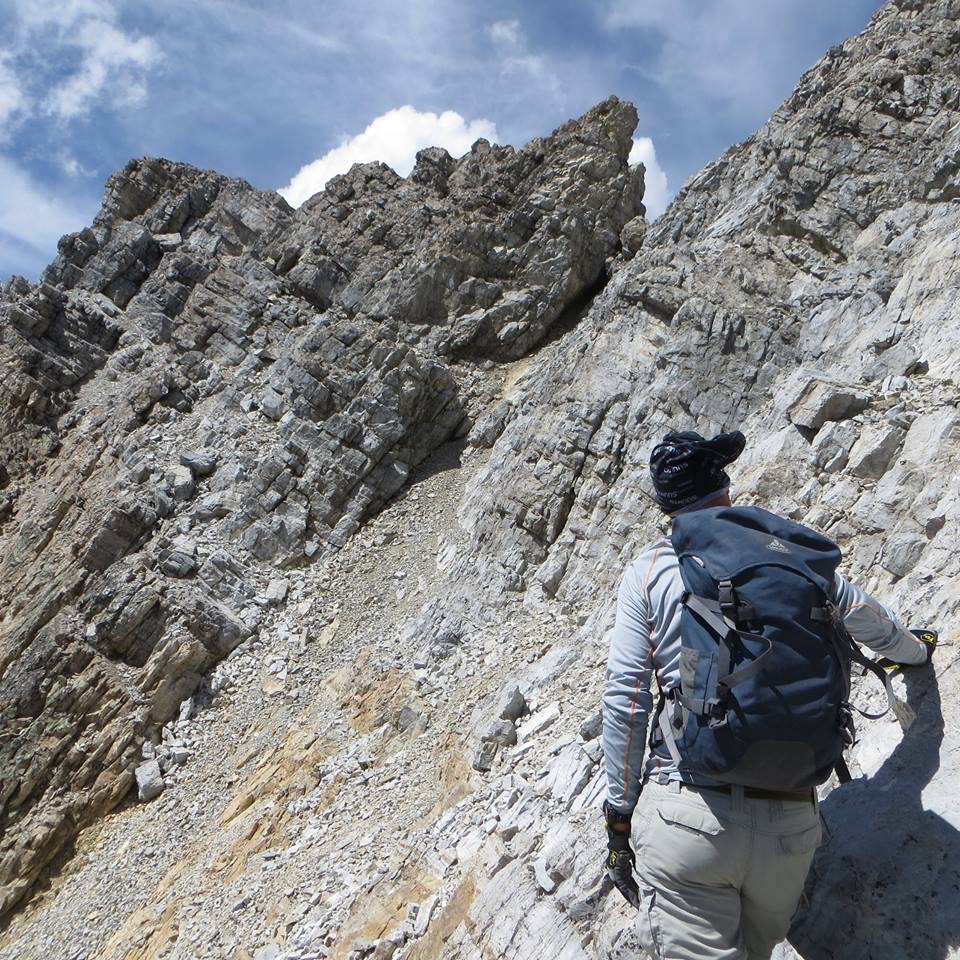 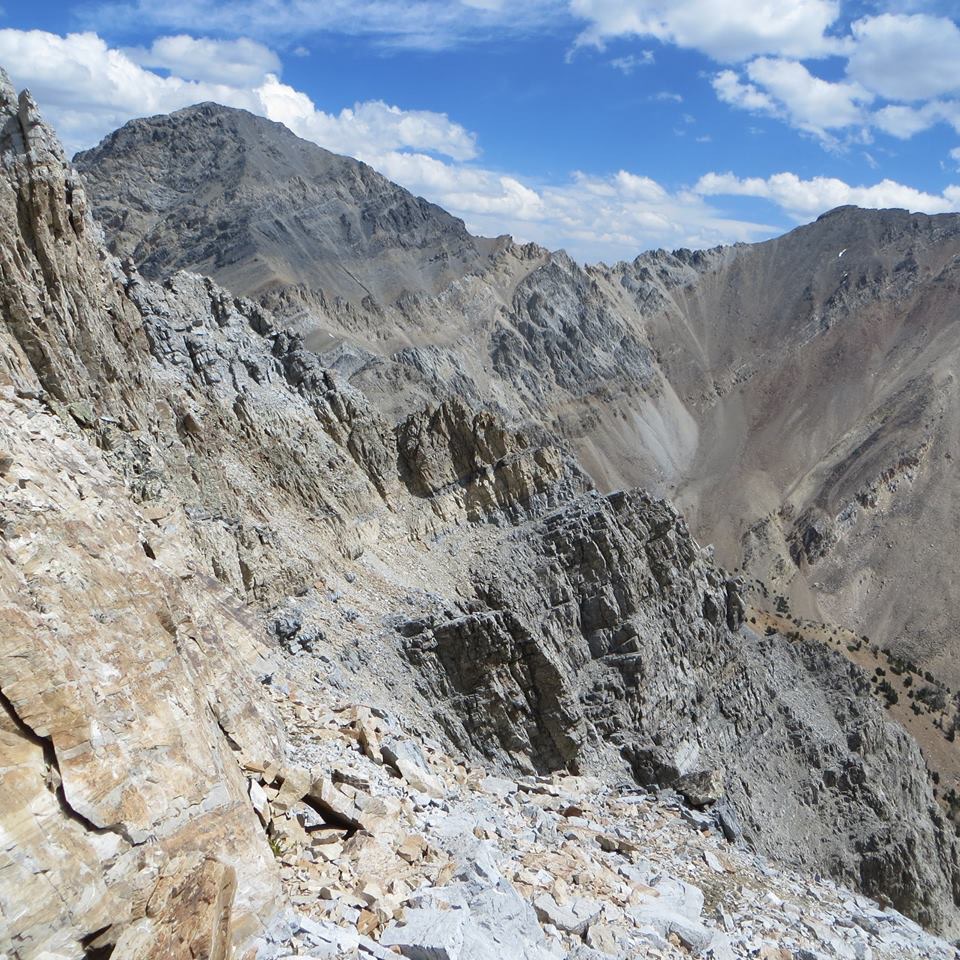 Looking back down the ridge. Steve Mandella Photo 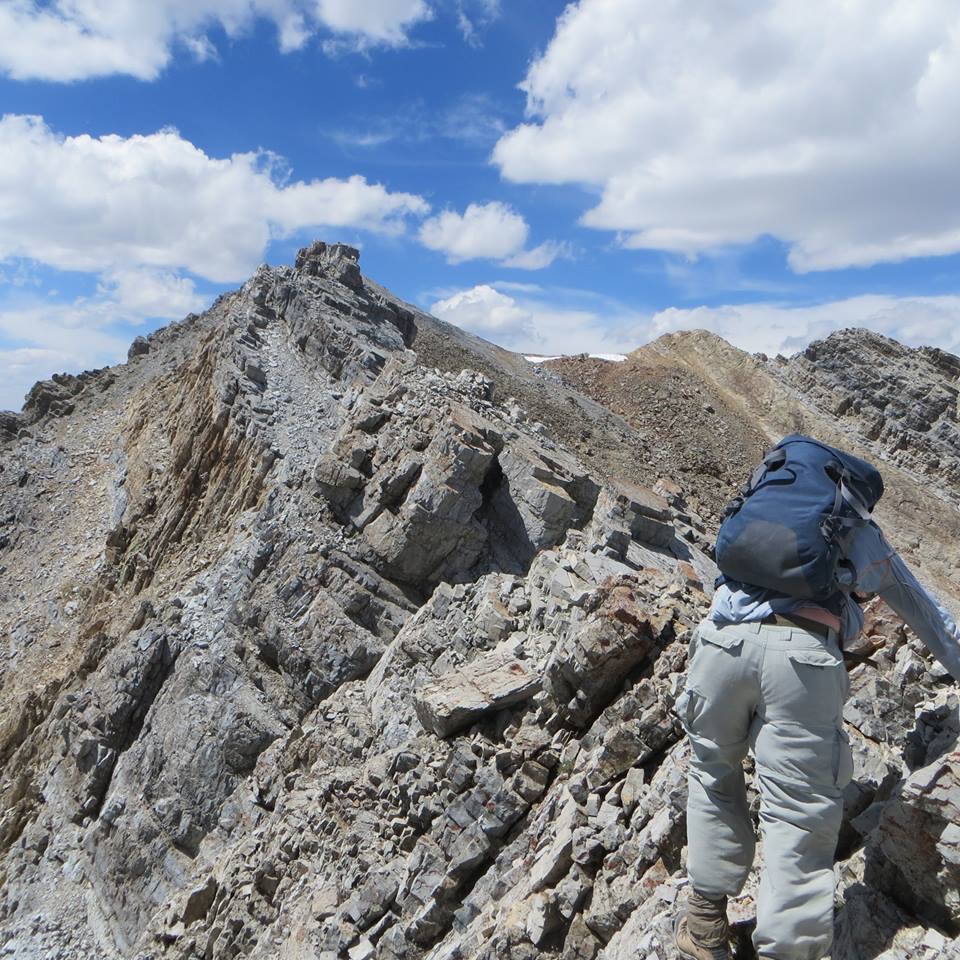 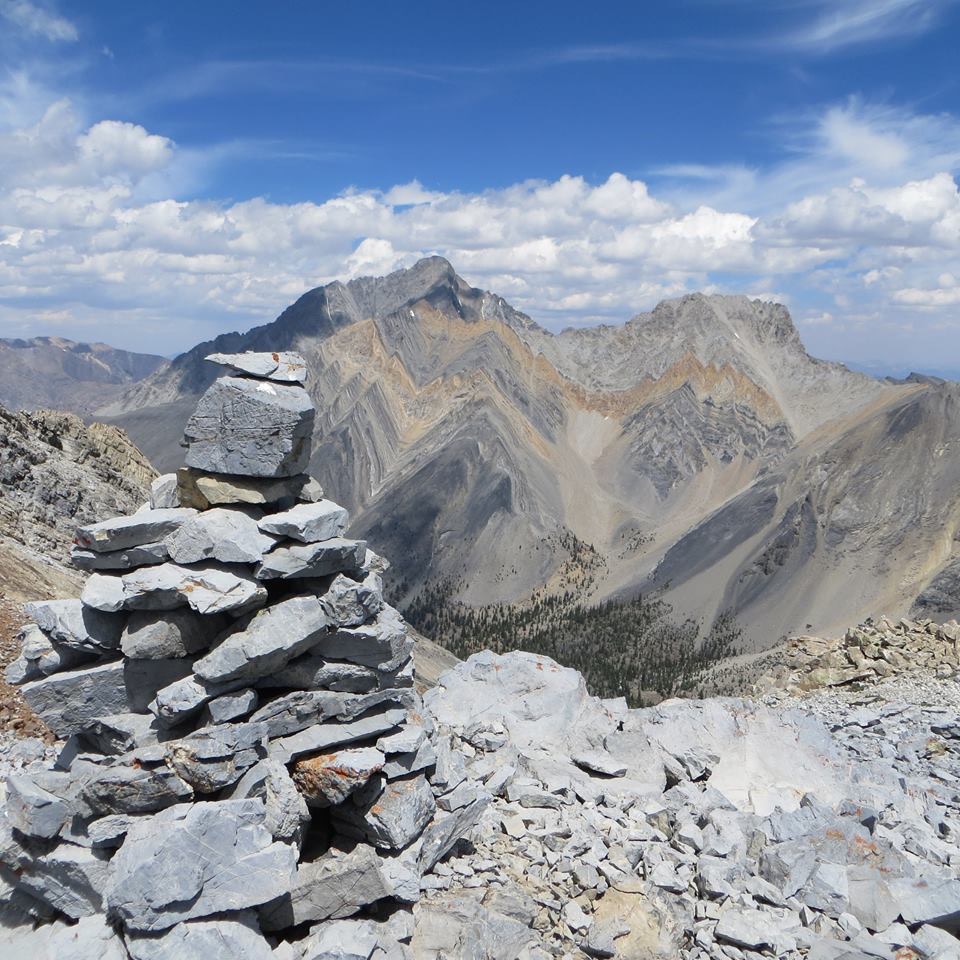