Steve Mandella, Bruce Dunham and I were scouting peaks in Copper Basin when we decided a western loop route of Peak 10536 and Peak 11039/Atlas Peak was possible and shorter than an eastern approach. USGS Star Hope Mine and Smiley Mountain. The MVUM for the Lost River Ranger District (Salmon-Challis NF) is also helpful.

Take FS-510 (which parallels a lush riparian area) to a point of your choosing west of the prominent drainage for Peak 10536 and Atlas Peak. Depending upon the season, FS-510 may be a partial stream from runoff. Look for both the drainage and a place to park where the road crosses the perennial stream. 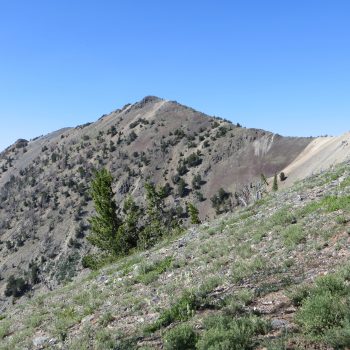 The approach for Peak 10536 uses the slope/ridge that is right below the summit block, as viewed from the West Ridge of Atlas Peak. Steve Mandella Photo

Hike to the base of the drainage and contour the north side to stay out of heavy brush in the drainage. Ascend until you see a lush and open slope to the north. Continue up this slope while also moving toward a “ridge” and continue upward to the ridge.

This ridge is more of a higher ridge-like section of slope but it will feel like a ridge from a climber’s perspective. Though the ridge is steep, the footing is solid.

Skirt a couple of small rocky outcrops on your way. Top out on the summit and enjoy the views of the Pioneers in all directions. A number of Idaho 12ers in the Lost River Range can be seen from this summit. 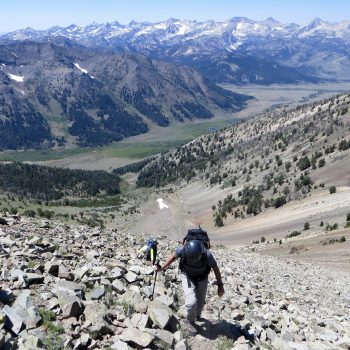 Descend to the saddle between Peak 10536 and Atlas Peak and begin climbing the NNW Ridge of Atlas Peak. The Class 3 section of the climb begins below the false summit where the NNW Ridge starts to become a true North Ridge. This section is relatively short but steep with large, relatively stable, rock. We chose to use our helmets from here.

When you reach the North Ridge, you will be climbing rocky terrain that is narrow and loose in places, with significant exposure and fall hazard to your east. Most of this section can be traversed slightly lower on the ridge’s West Side. 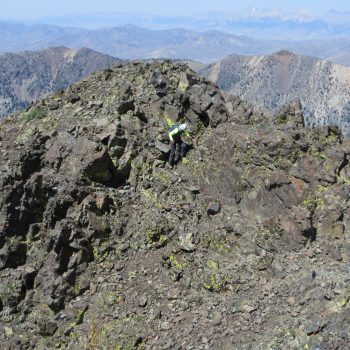 The views of the Pioneers, Lost Rivers, White Knobs and hydrology of Muldoon Canyon are spectacular from both peaks. 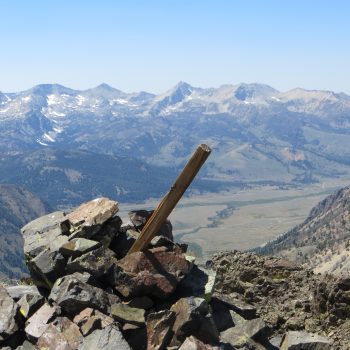 The summit of Atlas Peak with the Pioneer Mountains in the background. Steve Mandella Photo

The descent route shown on the GPS track isn’t quite what we had planned. From the summit of Peak 10536, we saw a game trail off the West Ridge that would have brought us back into the drainage where we wanted to re-connect with our approach route. In spite of visually noting its location when we were on the ridge, we could not locate the game trail.

Instead we followed the open section of the ridge while aiming for an old faint jeep trail off Muldoon Canyon Road in the valley. Unlike our ascent route, the descent was mostly on talus (not ski-able) until we reached the valley floor. We will never know if that game trail was an easier way to go. Perhaps you’ll find it and let us know. 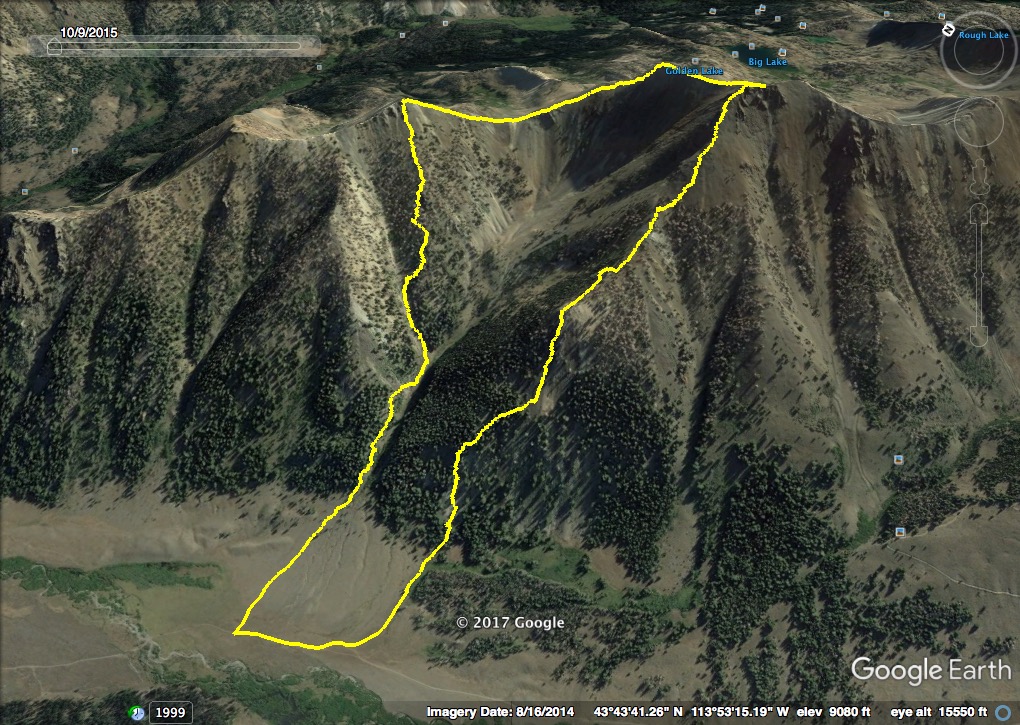