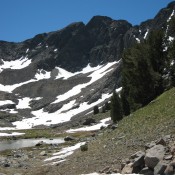 Climbing and access information for this peak is on Page 257 of the book. George Rainier, Steve Mandella and Charlie Eiriksson have provided the additional route information and photos found below. Updated October 2020

Atlas Peak, the 119th-tallest peak in Idaho, is rarely climbed but is well worth the effort. The peak is becoming more popular, with ascents from both its west and east sides to reach the peak’s North Ridge. You can also access the peak by traversing the ridge from the summit of Peak 10536, approximately a mile to the north. 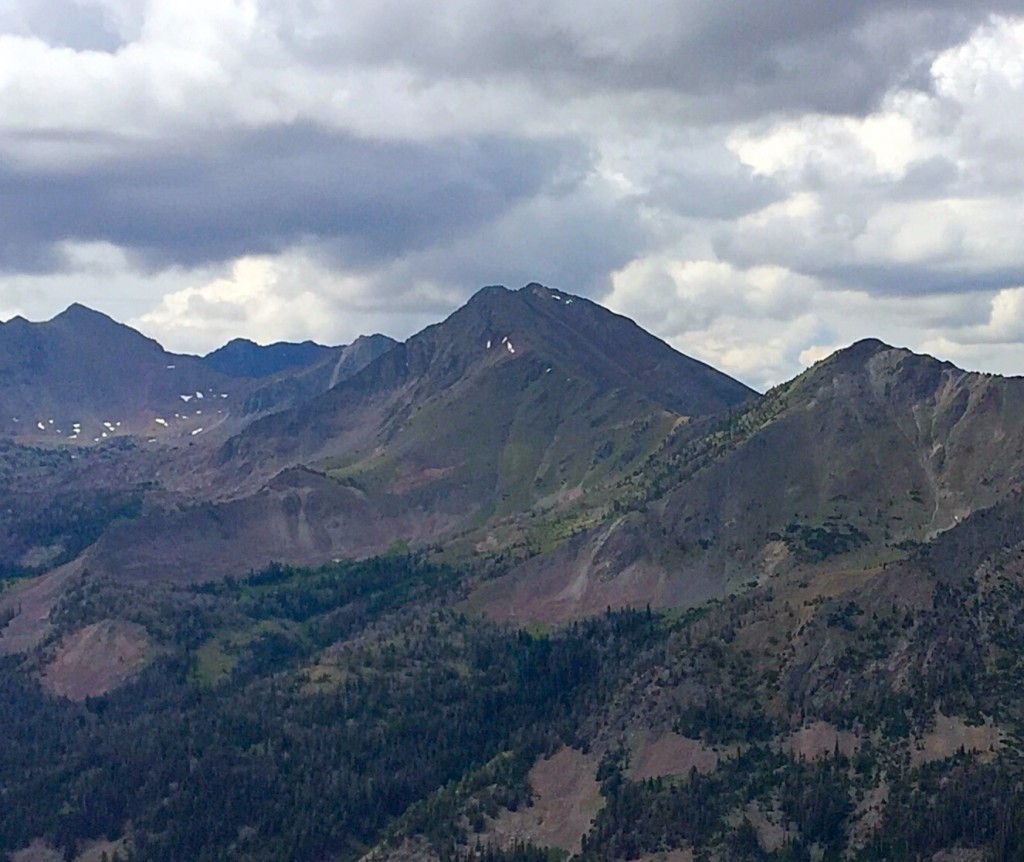 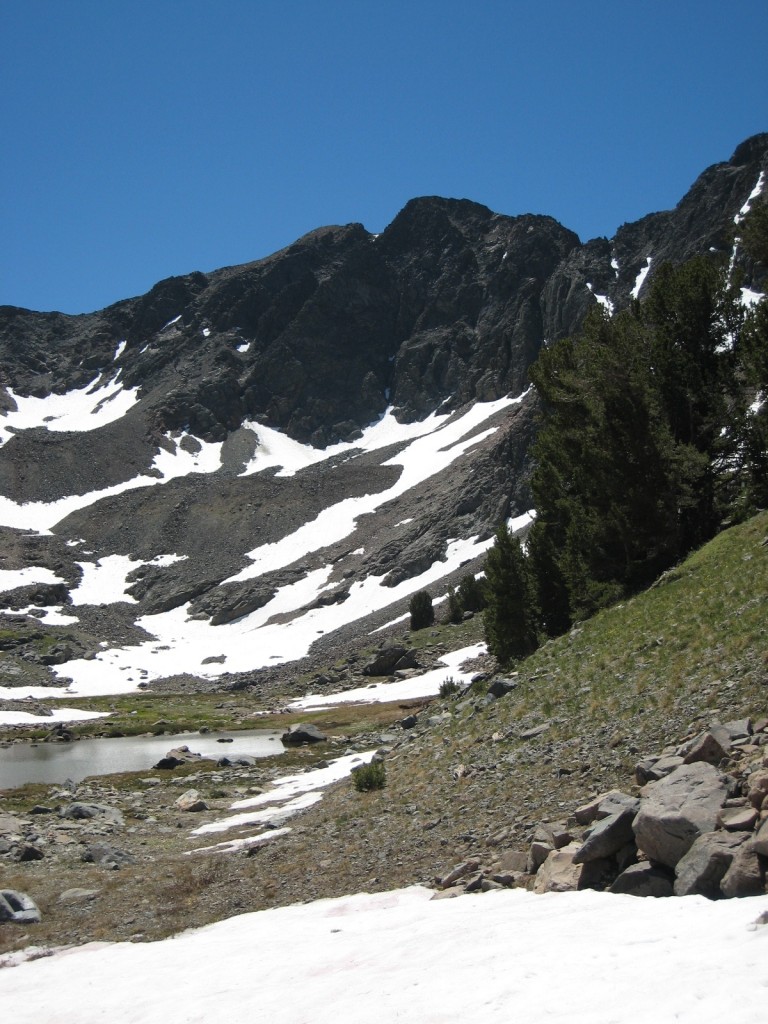 The peak can be reached from the east by climbing up the Lake Creek drainage and using the trail to Golden Lake. From here, climb west to reach the North Ridge of Atlas Peak as shown on George Reinier’s route shown below. 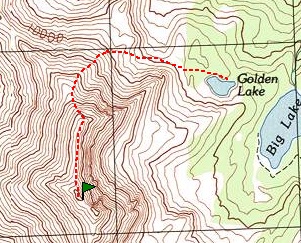 Steve Mandella, Margo Mandella and Bruce Dunham climbed Peak 10536 and Atlas Peak together as a loop route from the west. Read about their route using this link:  Mandella/Dunham Traverse. From either direction, the North Ridge to the summit is of Class 3 difficulty. 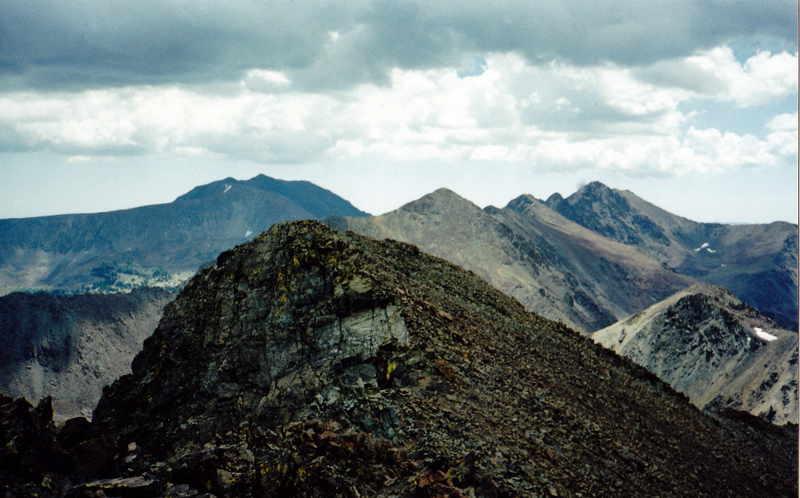 Quickly, take a look around before the gods hurl thunderbolts. From the summit of Atlas Peak, we look south along the spine of 11,000-foot points of the Pleiades ridge to Alcyon Peak. The beacon of the Southern Pioneer Mountains (Smiley Mountain), stands watch on the left. Rick Baugher Photo and Commentary

The NE ridge of Atlas appears quite striking from the Lake Creek trail and also in profile from Big Lake. From Golden Lake a cliff band is seen at the toe of the ridge. With some persistence and probing it can probably be climbed directly but I passed it on the left, ascending loose talus to a notch on the ridge. The rest of the ridge can be climbed almost entirely on the very crest although occasionally it is simpler to drop down a bit to the south. There are no significant towers nor any 5th class climbing. A very enjoyable scramble. Descent via the gully to the north is straightforward. The main objective danger on the climb was a moose with two calves hanging out in the willows near camp on Big Lake. 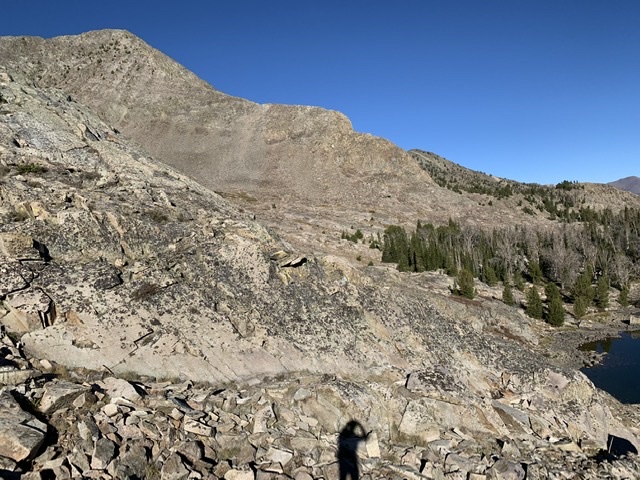 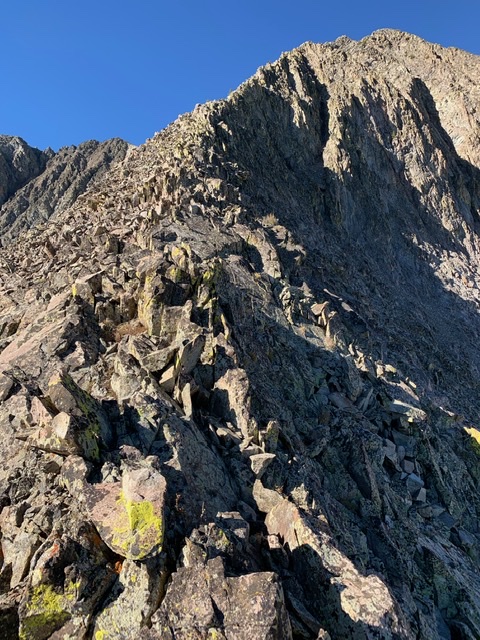 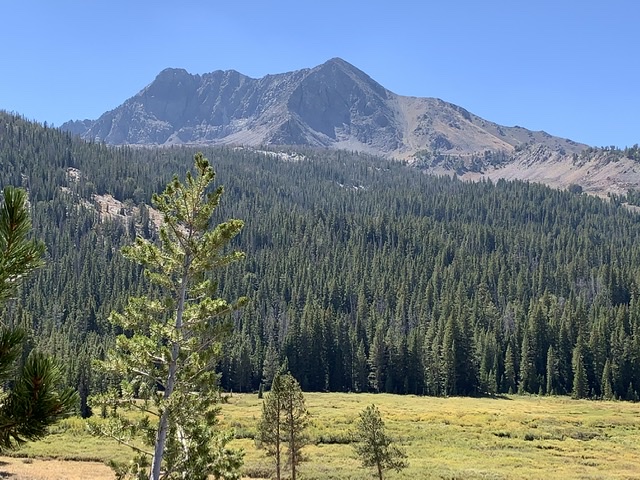 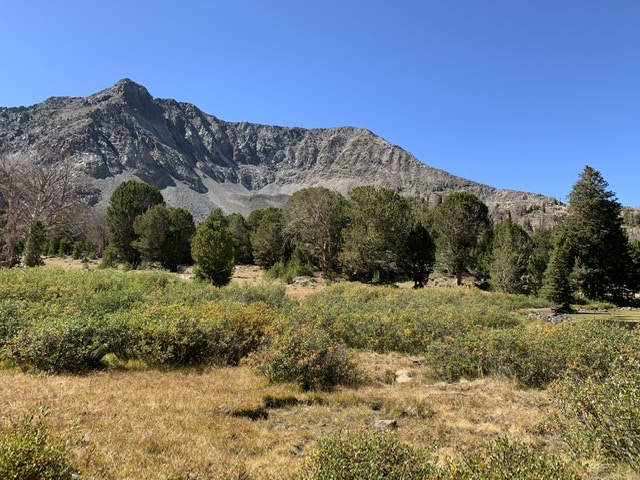 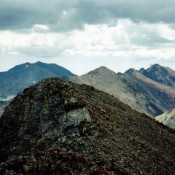