[Editor’s note: Climbing either of the Rakers takes a lot of climbing skill. It rarely occurs because the Rakers are difficult to reach. There is no easy approach. The following article provides the low down on one approach.]

Here are the links to the Rakers: North Raker; South Raker.

After being interested in the Rakers since 1970, I finally fought my way up there in 2006 at age 55 with some equally ancient friends. We left the heavy climbing gear at the South Fork Payette which was a good decision. After making it to a lake north of the Rakers, it took us another day to make it to the Rakers. 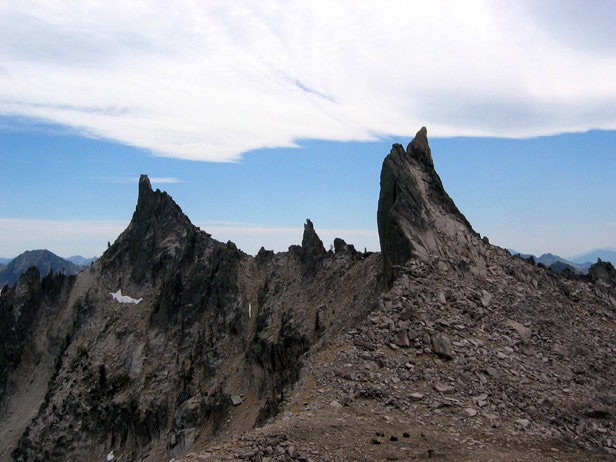 North Raker (right) and South Raker (left). The USGS map designation of South Raker is wrong. That USGS mistake is a minor point and is not what early climbers considered South Raker. Ray Brooks Photo 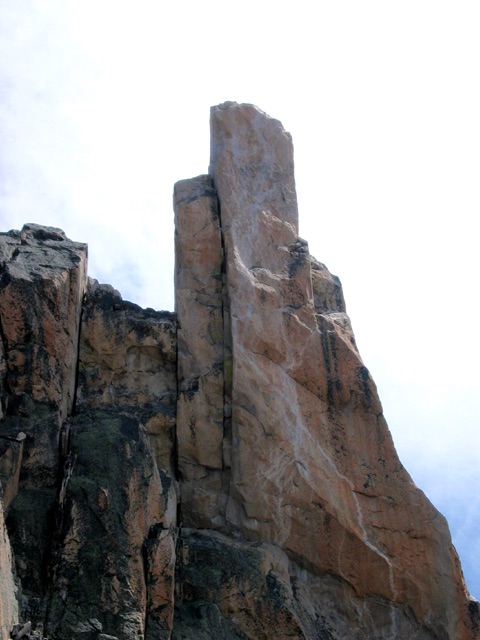 Here’s a shot under the summit of North Raker. It looks much like the horror-show that Fred Beckey and Pete Schoening described from their 1948 climb, per my article on that big adventure entitled “Top of the Mountain” in Idaho Magazine, May 2012. Ray Brooks Photo 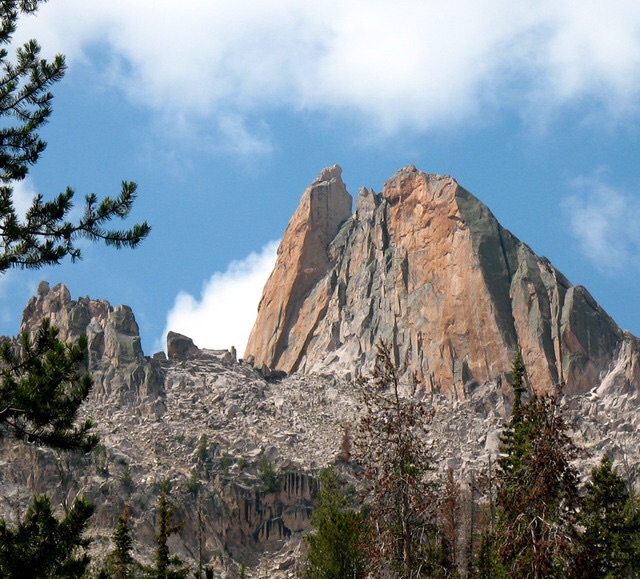 In 2009, my wife and I and 2 younger/fitter friends backpacked up Fall Creek to the Rakers from Elk Lake. After making it through the Elk Lake swamp, we camped in the first flat area in Fall Creek. The next day, we hiked up to the lakes under the Rakers. That day was great weather but when we hiked to the south side of Fall Creek the next day, our desire to scramble some easier peaks was thwarted by thunderstorms. 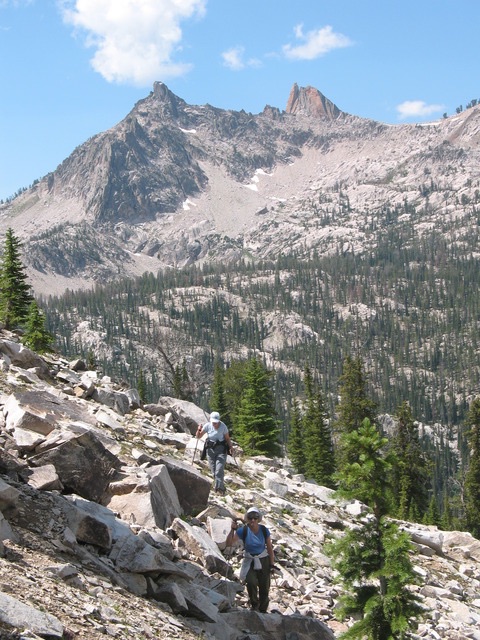 We had enjoyed only a miserable trip up Fall Creek, but on the way out we ended up going down a very steep slope (a lesser person would call it a cliff) to the swamp that Idahopeakgirl mentions. Other than climbing up the cliff again, the only way across the first part of the swamp involved moving a large log and making a bridge. Of course, as trip leader, I got to go ***-deep in water to help move the log to make and then stabilize our bridge. It worked! Part of the secret is to go in late August/early September in a dry Summer. 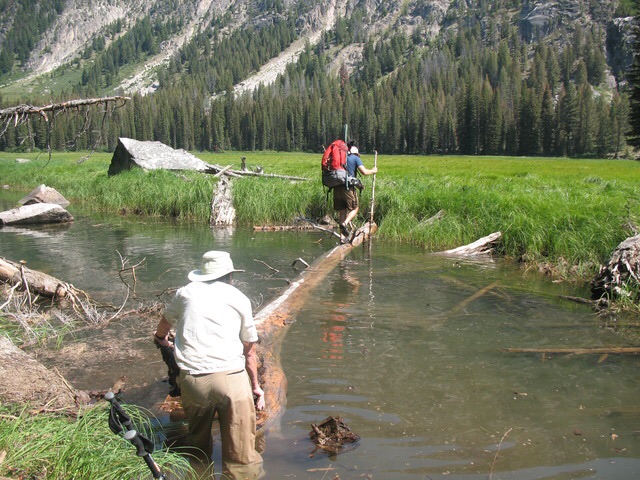