[Editor Update June 2020: This route was reportedly closed by the Forest Service at the point where it crosses the 8,200 foot contour.]

I know at least a couple parties have done the heroic White Knob traverse from the east, but for a few years I’ve had the idea of doing it from the west after discovering there were 4WD roads that went quite high. As anticipated, I was able to park at 10,100 feet and was on the summit of Shelly Mountain half an hour later. Although this route involves summitting an 11er nine times, it’s still only about 8 miles with 4,500 feet of elevation gain. I even cut 700 vertical feet off of that by skirting around Shelly Mountain via a faint goat trail on the return trip, which went better than expected but certainly wasn’t ideal terrain.

For anyone looking to repeat the route you can use the satellite view to find the tracks on Shelly’s West Ridge and follow them down to Burma Road. The crux of the drive comes right away. There’s a washed-out section of road next to an old cabin. The first part of it has a bypass on the left but after that you’ve got a little bit of 4WD action. It also gets steeper and looser after the 9,300-foot cow pond so parking there is an option. From Burma to 10,000 feet, it’s about an hour of driving. 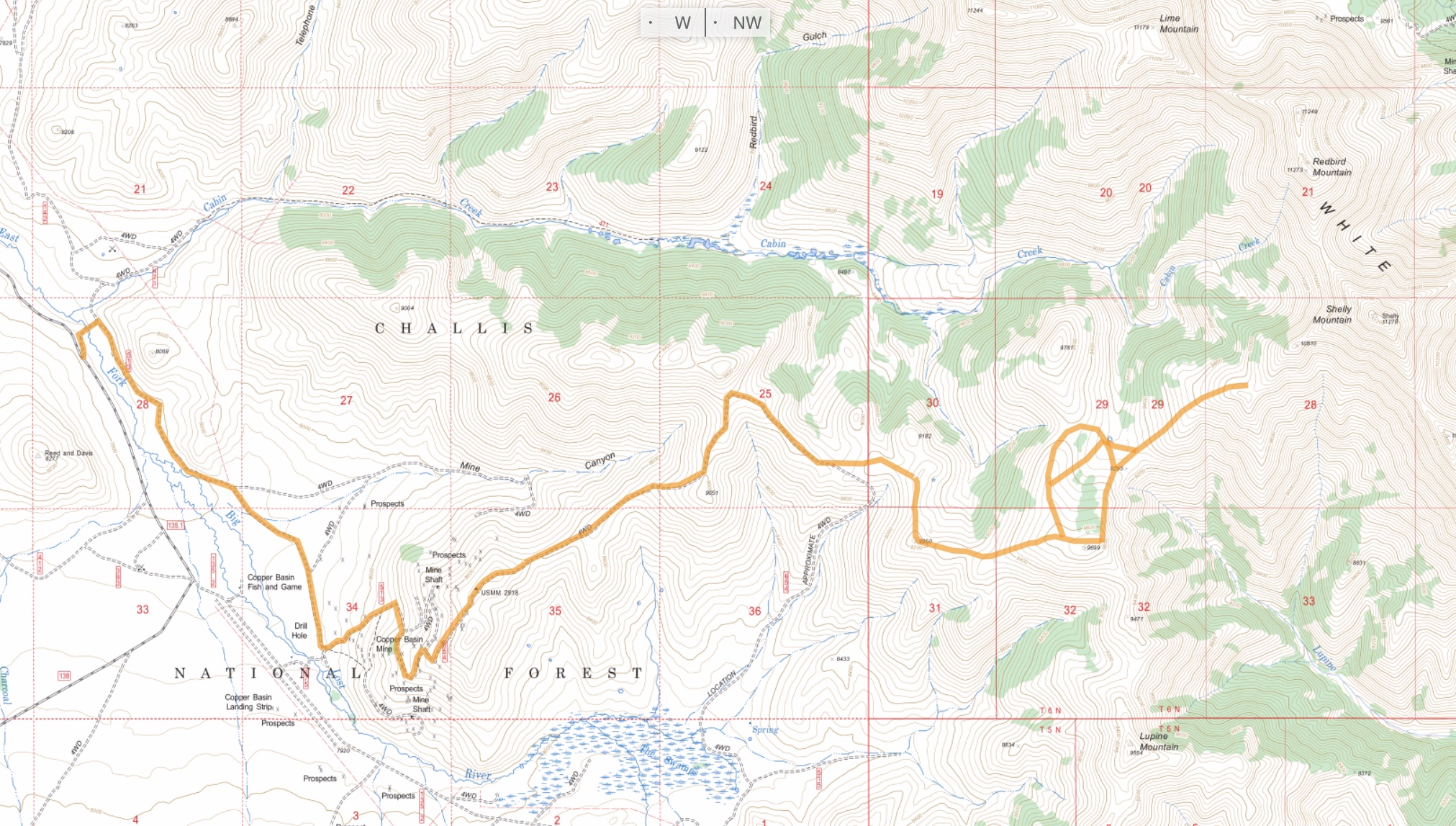 This map shows the approximate line covered on this approach. 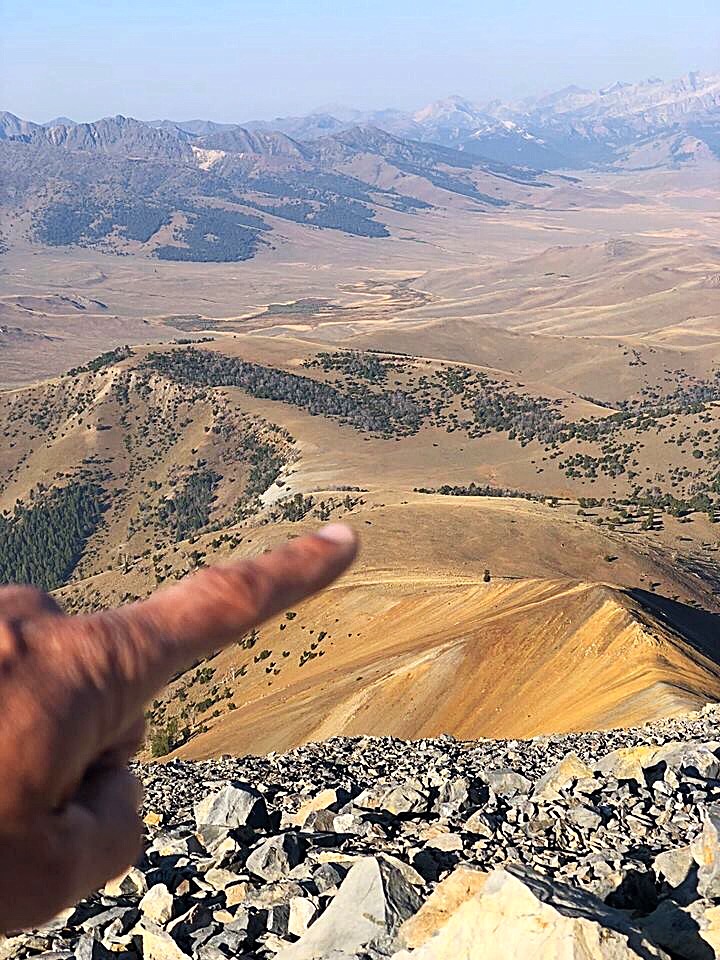 Jeep Cherokee at 10,100 feet, as viewed from the summit of Shelly Mountain. A rare opportunity to drive that high in Idaho. Derek Percoski Photo