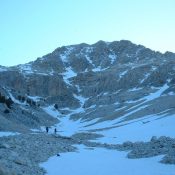 I climbed this route with an Allstar group organized by Dan Robbins in 2004. In addition to Dan, the group of Idaho climbers included Richard Wallace, Craig Peck, Dean Lords and Mike and Josh Howard. This route was first climbed in 1963 by the EE DA HOW Mountaineers, Lyman Dye, Art Barnes and Wayne Boyer. The route is described in the book on Page 306.

Climbing this route when temperatures are below freezing and the gully is full of stable snow and ice is recommended. When the gully is dry, rock fall in its narrow confines would be potentially fatal. Under the right conditions this route is an aesthetic line to the summit. This route covers just over 3.0 miles with 4,000 feet of elevation gain as it crosses 45-50 degree slopes.  Make sure to read Dan’s account of the climb, which includes more photos, found at this link: Robbins TR 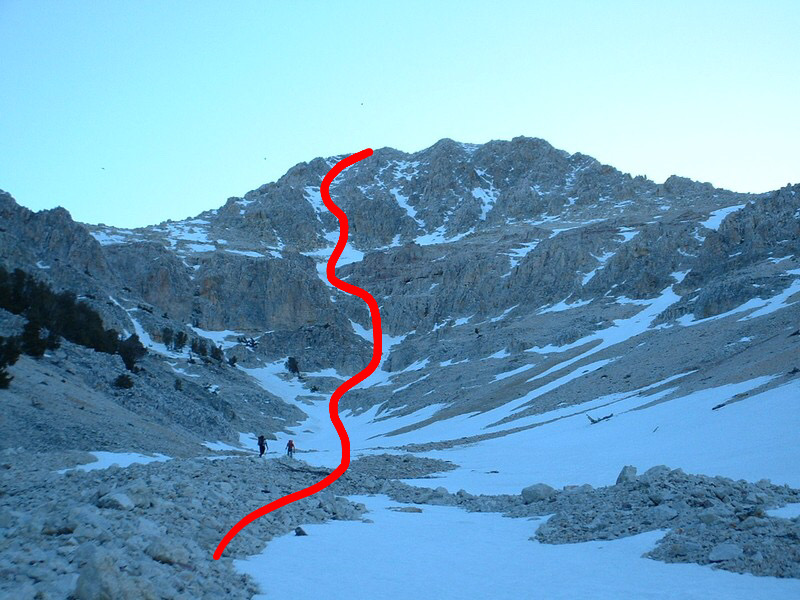 The route to the summit is shown in red. There are two choke points which must be overcome. 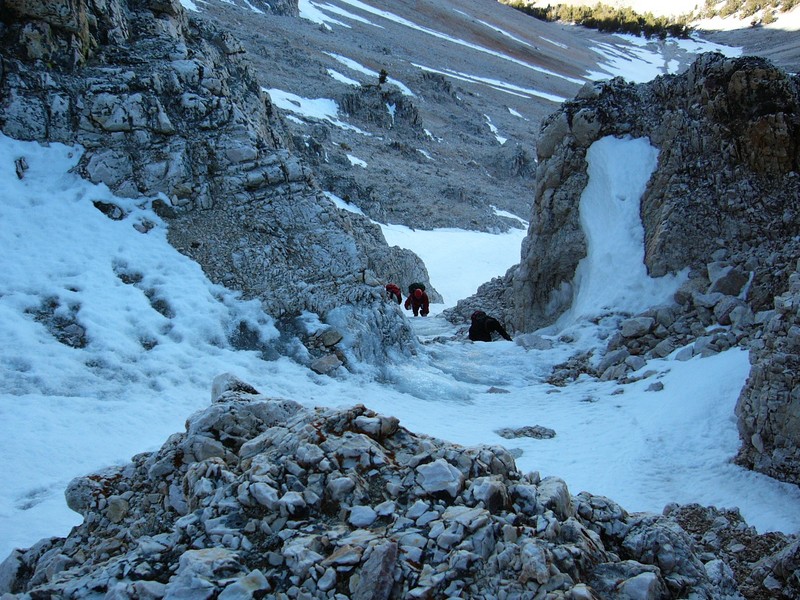 Looking down the first choke point. 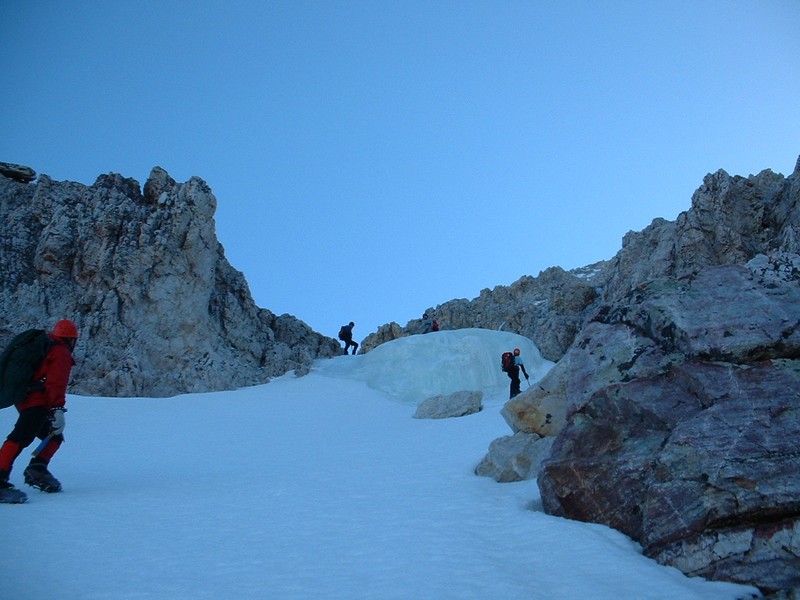 The upper choke point was blocked by a bulging block of water ice. Dan Robbins Photo