My friend Chris and I made it up Point 9144 on Grandjean Peak. This is a very rugged and special area and my ascent was aided by Greg Parker’s knowledge of this area. Because it’s only a 9,000-foot ridge, you don’t hear anything about it. But Grandjean Peak presents serious climbing challenges.

We left the trail northeast of Point 9144 and ascended the obvious Northeast Ridge toward the point. It gains 3,000 vertical feet in less than a mile. There is lots of Class 3, Class 4 and low Class 5 terrain on this approach. At the base of the climb, we squeezed in a narrow slot and, with some difficulty, worked a tough bulging move into a grungy chimney where it easily went to the summit from there. There was no summit log, rap slings or anything. Short 5.6 C1 or 5.9 difficulty. 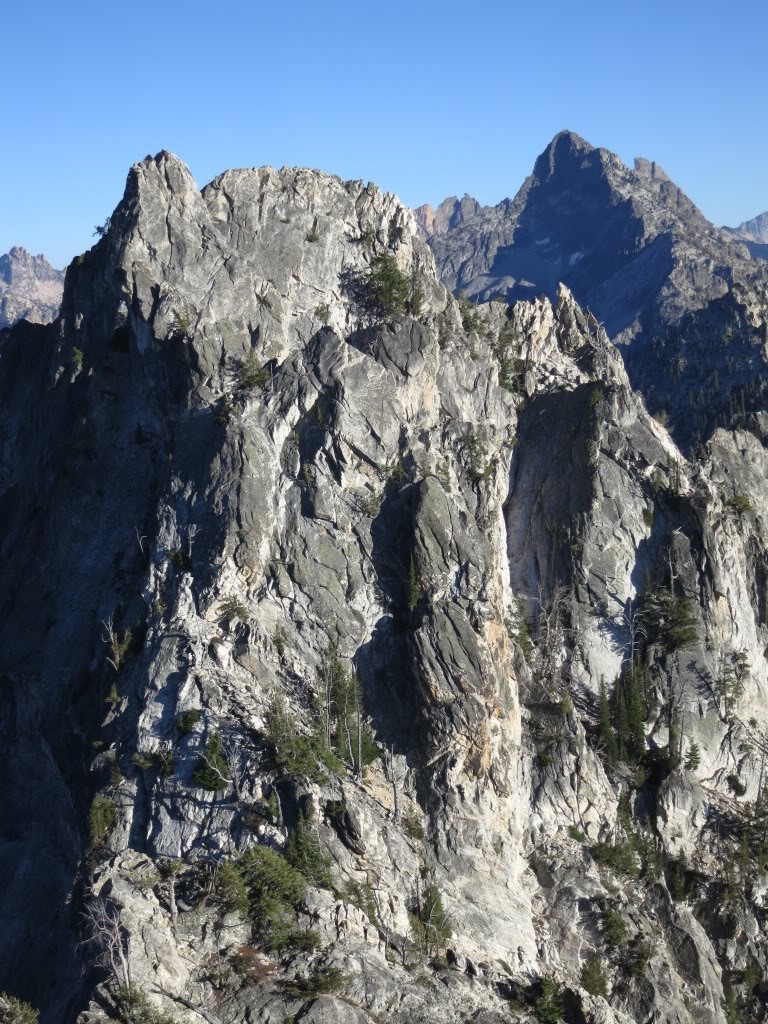 Point 9144 of Grandjean Peak as viewed from Peak 9180+ East with Tohobit Peak in the background. Sean Duffy Photo 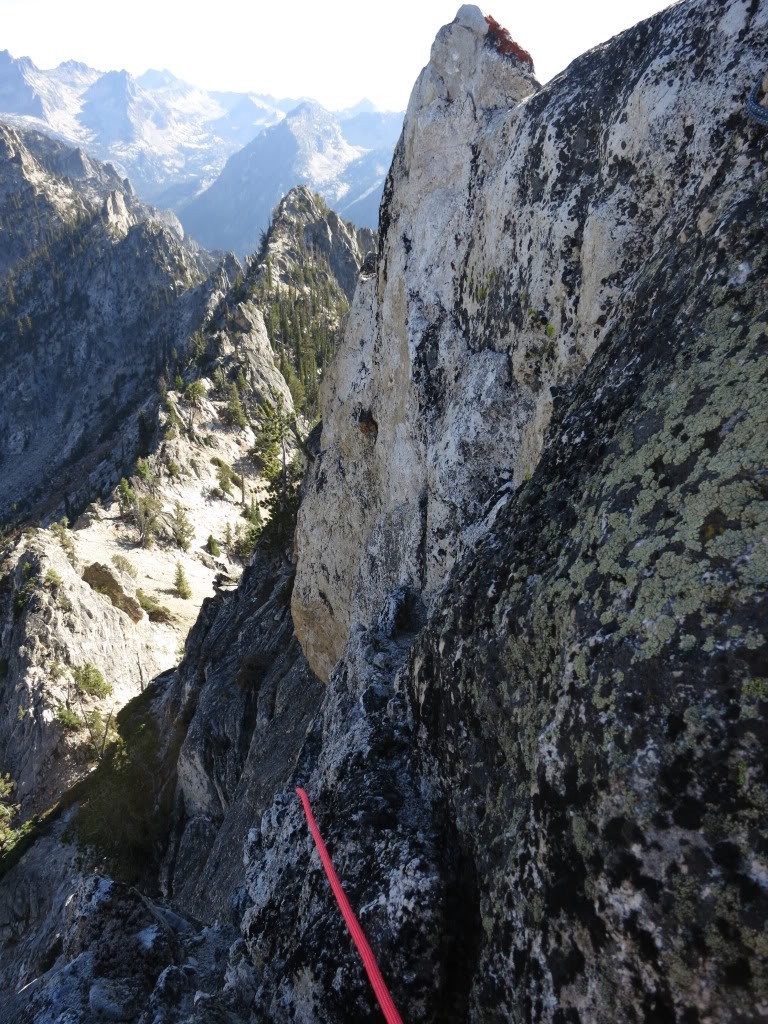 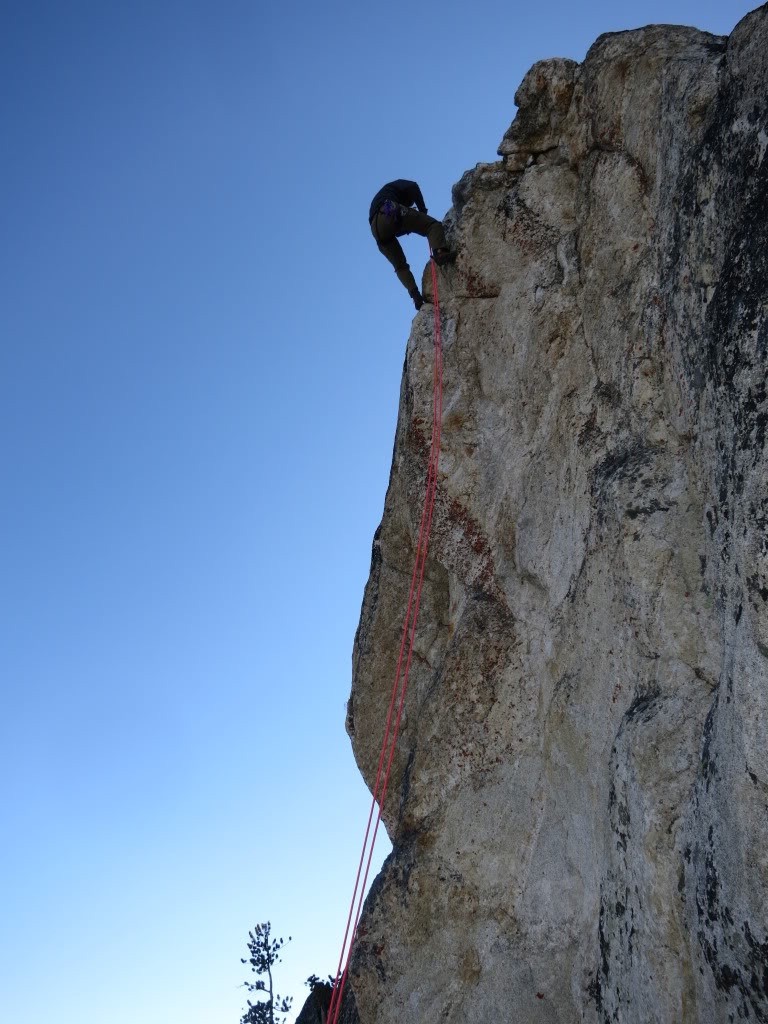 Rappelling a portion of the route. Sean Duffy Photo 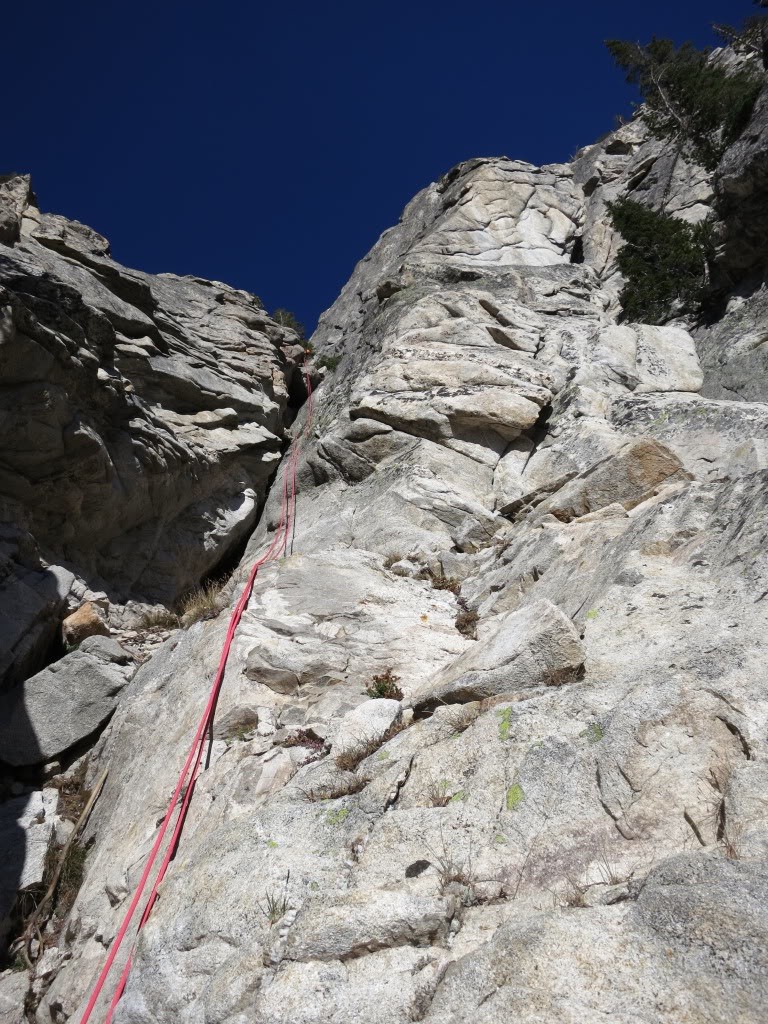 Another shot along the way. Sean Duffy Photo

After reaching the summit of Point 9144 with mid-Class 5 climbing, we were not convinced that the next pinnacle to the west [Peak 9180+ East] was not higher, so we climbed it which required a few Class 5 moves. When we stood on top and looked back, we still did not know which one was taller. They are very close in height. 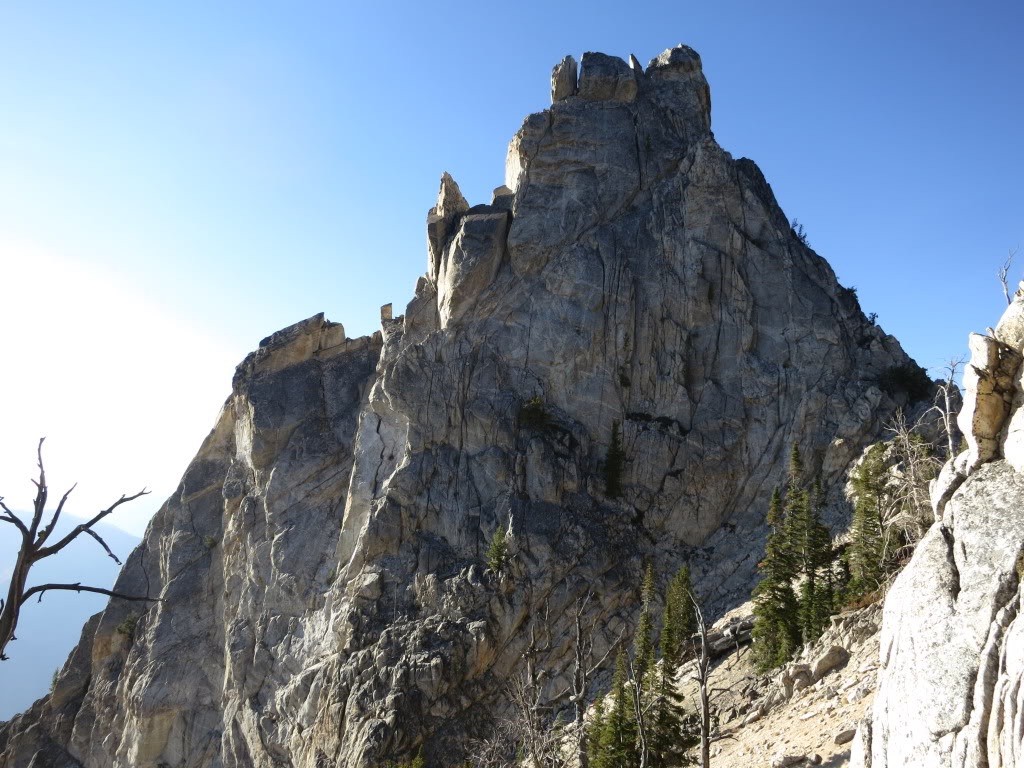 After climbing Point 9144, Sean and Chris moved on to Peak 9180+ East. Sean notes, “It looked taller and just as impressive.” Sean Duffy Photo 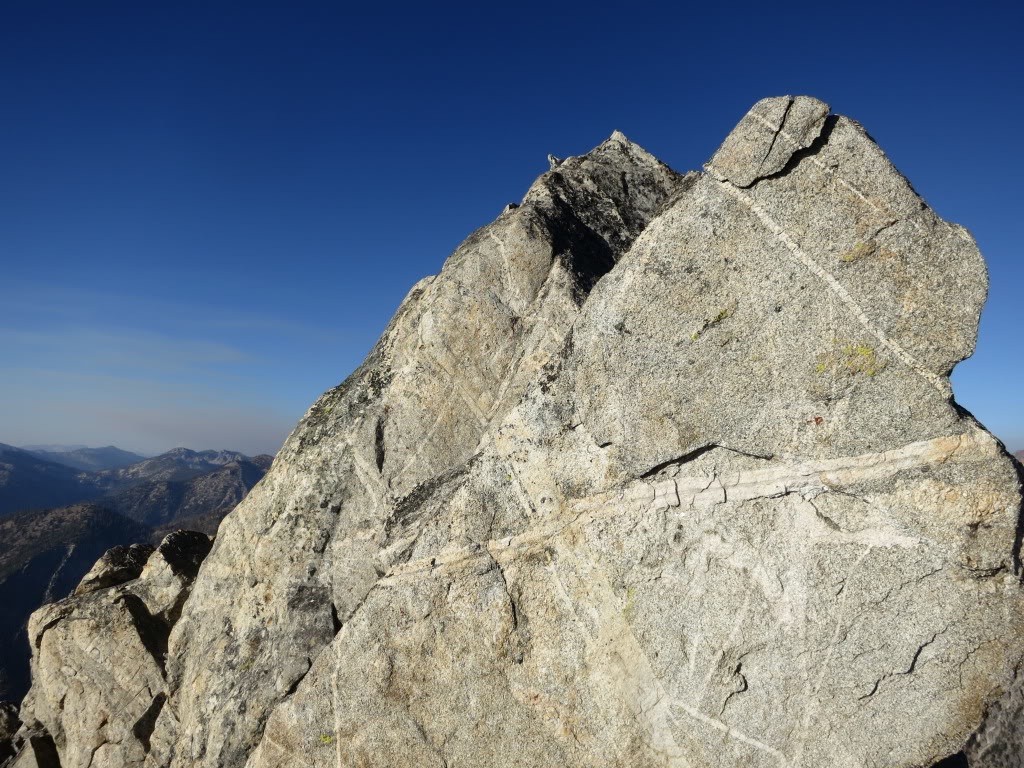 The top of #4 presented a similar challenge enhanced by loose rock. There was no sign of anything on top of this either. We rapped down the rugged and cold North Side and made it back to the car at 12AM. Sean Duffy Photo