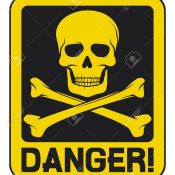 There is no shortcut that bypasses Chicken-Out Ridge on Mount Borah’s Standard Route. Wes Collins of the Butte County Sheriff’s Department reports that he has responded to 3 Search and Rescue events on Mount Borah involving climbers who got lost or stranded after attempting a bypass of Chicken-Out Ridge (COR). All of these climbers reported that they heard about a shortcut that avoided COR and tried to follow it. Collins believes that the Custer County Search and Rescue team has responded to several more incidents involving the purported shortcut. Use this link to read more and see a photo depicting the shortcut: Standard Route Warning.