Since 1950, 176 climbers have been buried and killed by avalanches in the United States (Climbing.com and Avalanche.org). When the first edition of the book was published in 1990 and even when the second edition was published in 2000, Winter climbing was not popular in Idaho. But in the last 15 years, Winter ascents and skiing/snowboarding Idaho’s backcountry peaks have become increasingly popular.

Most avalanches occur during Winter (particularly from December to April) though avalanches involving climbers occasionally happen in Summer. Avalanches can and do occur anytime conditions are right. 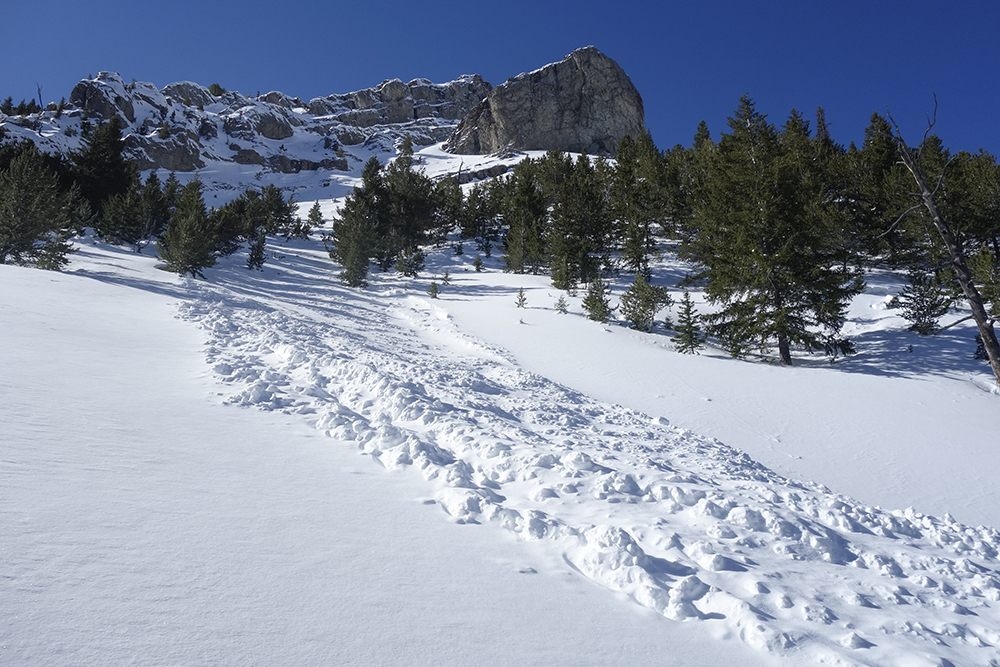 Winter climbing is more dangerous than during dry conditions because of cold and avalanche danger. Most routes in the book and on this website are not recommended in Winter because of increased hazards related to Winter conditions.

The National Weather Service (NWS) discussion of avalanche dangers is instructive. It states:

An avalanche is a rapid flow of snow down a hill or mountainside. Although avalanches can occur on any steep slope given the right conditions, certain times of the year and types of locations are naturally more dangerous. While avalanches are sudden, there are typically a number of warning signs you can look for or feel before one occurs. In 90 percent of avalanche incidents, the snow slides are triggered by the victim or someone in the victim’s party. Avalanches kill more than 150 people worldwide each year. The National Weather Service provides current weather conditions and forecast information to regional avalanche forecast centers that, in turn, issue avalanche forecasts. Avalanche warnings and special advisories are included on NWS websites and broadcast over NOAA Weather Radio. Refer to your local avalanche center for current snowpack conditions!

How to Stay Safe

The NWS also provides the following information on how to stay safe:

Avalanche.org provides introductory online training and can direct you to a hands-on class in your area.

Know the Factors Required for an Avalanche

Refer to your local avalanche center for current snowpack conditions!

Have the appropriate gear, learn how to use it and practice so you are great at it! Have these 3 avalanche safety essentials in your pack:

Avalanche survival rates plummet after about 15 minutes for victims who do not die from trauma. Saving your partner is up to you! Practicing realistic scenarios beforehand is essential.

The following are a few of the warning signs of unstable snow and possible avalanches:

For additional information, read the NWS brochure at this link: Avalanches

Take the time to learn about avalanches from a professional. Find the avalanche center covering the area of your interest and heed all warnings.