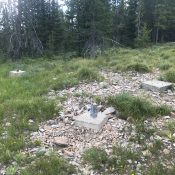 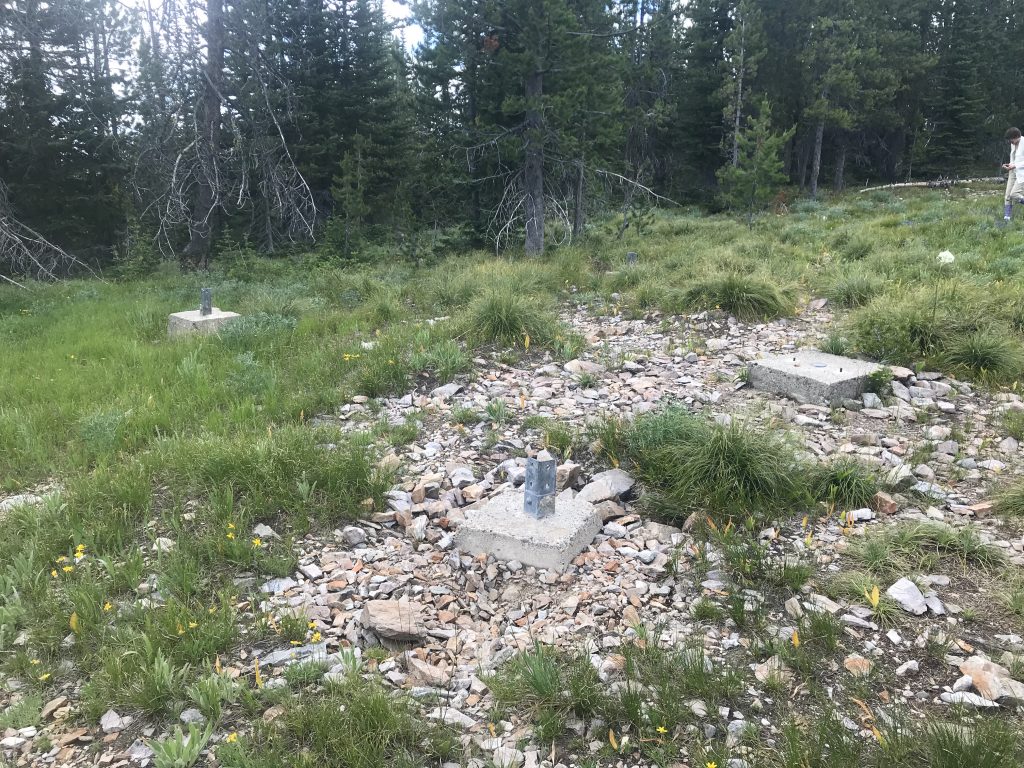 The footings for the lookout tower are all that remains on the summit of Anderson Mountain.

Bing Young recounted the lookout history: Anderson Mountain is located at the head of Anderson Creek and Trapper Gulch in the North Fork Ranger District. It is only a mile from the Continental Divide and [was] the most northern of all the Salmon National Forest Lookouts. It can easily be reached by way of a road from Chief Joseph Pass. This road reportedly offers the best cross-country skiing in Lemhi County.

Anderson Mountain apparently was selected as a lookout in the Winter of 1932-1933, as the Supervisor’s report indicates that it was budgeted for that Summer. A 70-foot lookout tower was erected on the site with a residence cabin below. It was always a third-degree lookout and was used only in emergencies. The Forest Supervisor at the time stated that the lookout point would be worthless without a tower. Salmon National Forest Fire Lookouts by Bing Young [1982, Page 17].

From Salmon, take US-93 north to Lost Trail Pass. Turn east onto MT-43 and follow it to Chief Joseph Pass. At the pass, turn south onto FS-081 which can be followed to the lookout site. This section of road is part of the Continental Divide Trail. It is 6.4 miles from the highway to the summit with only a few hundred feet of gain. A 4WD is recommended. Check with the Forest Service for current road conditions. 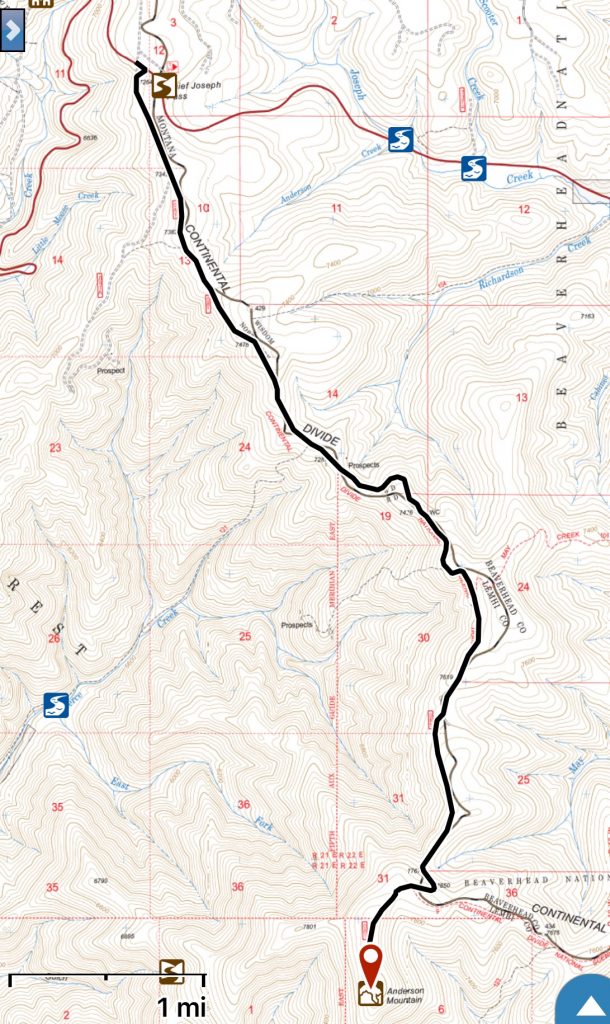 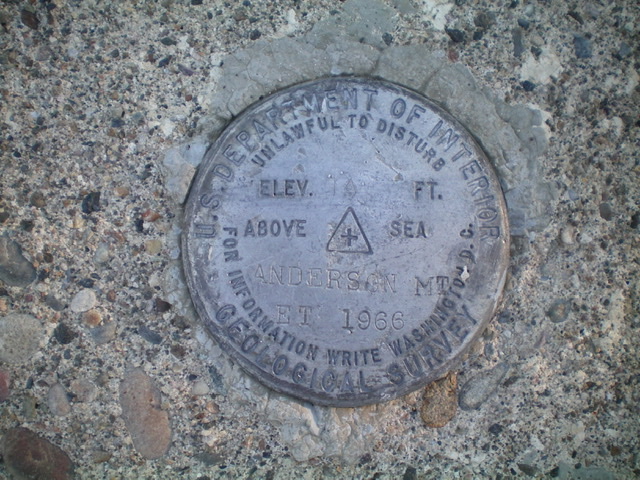 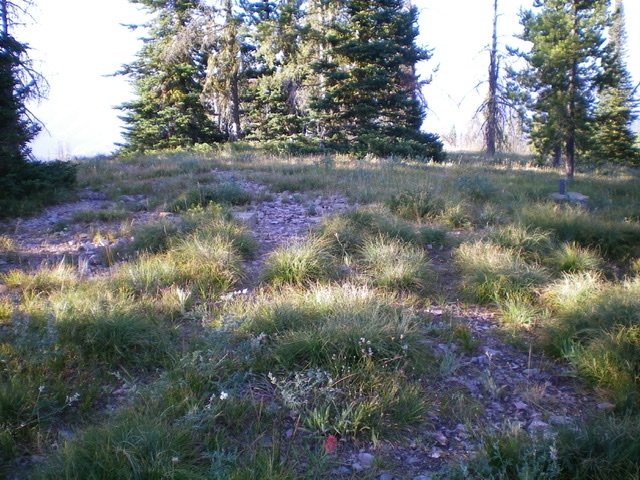 The summit area atop Anderson Mountain with the four concrete pilings in view. Livingston Douglas Photo