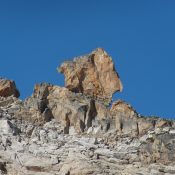 Climbing and access information for this formation is on Page 185 of the book. A March 31, 2020 earthquake toppled the Arrowhead. Update April 2020

Before the March 31, 2020 earthquake, this formation was located on the Sawtooth Crest between Mount Sevy and Daves Peak. USGS Mount Cramer

Tom McLeod and John Platt made the second or third ascent of the formation in 1973. John has provided the following information. John recalls: “That was the weekend we forgot both the food and my boots. I had a choice of climbing the access snowfield in either my running shoes or my EBs. We survived on red licorice and Hostess fruit pies. I remember grabbing the top- it’s like grabbing the top of a door- it was just inches thick and all up on one side, all down on the other.” 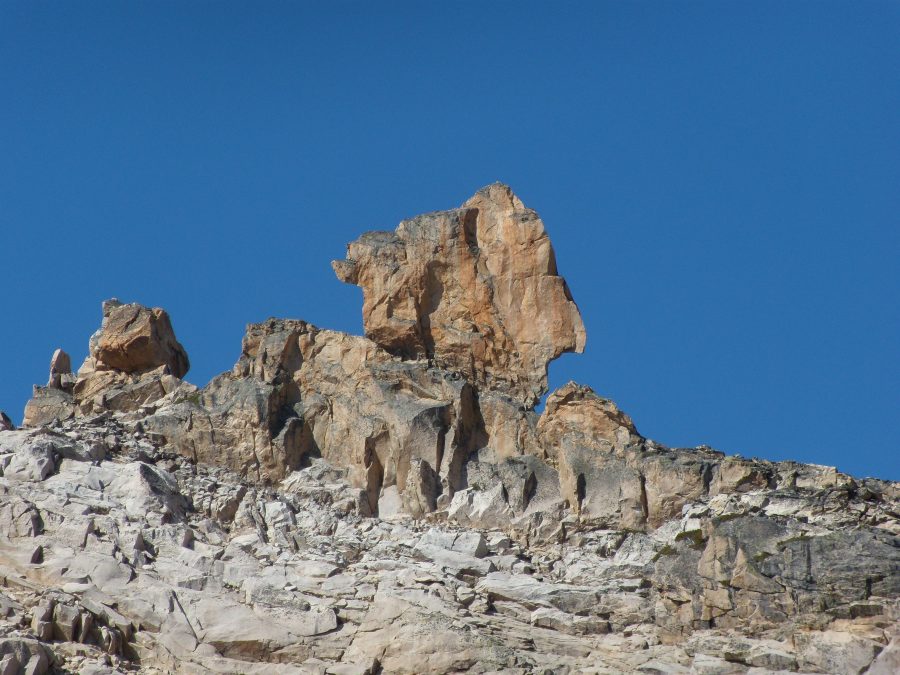 This photo shows the East Side of The Arrowhead. But you climb the West Side. I think you move through a saddle on the left and drop down a bit, then scramble back up to the beginning of the route. The route goes up sort of the center of the face. Not a lot of pro, yet it’s a 5.9. John Platt Photo 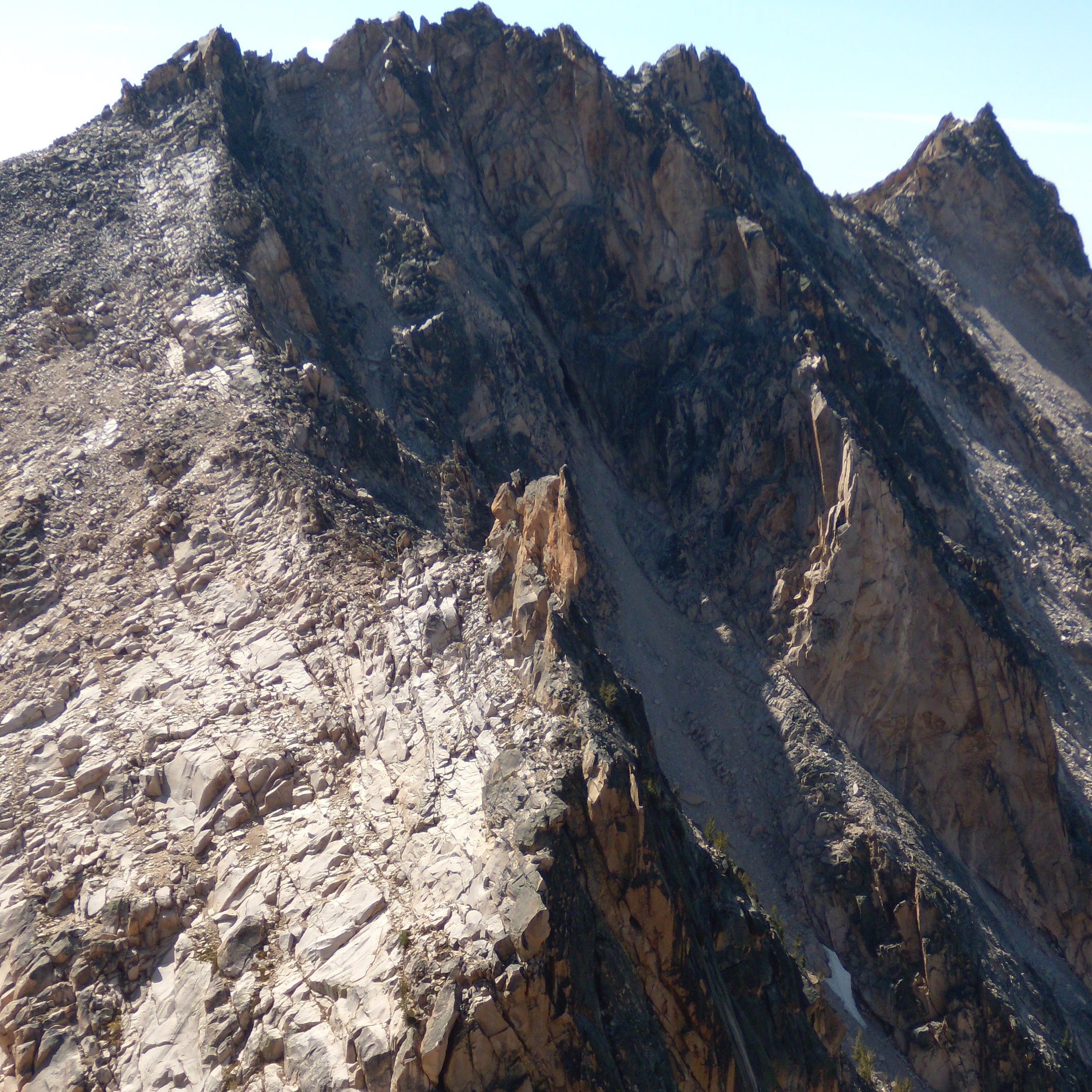 As viewed from Mount Sevy, The Arrowhead (center) gives you an idea of the fact that it is about 75 feet thick at its thickest. It’s the yellowish thing in the middle of the ridge. So it also has quite the position. John Platt Photo 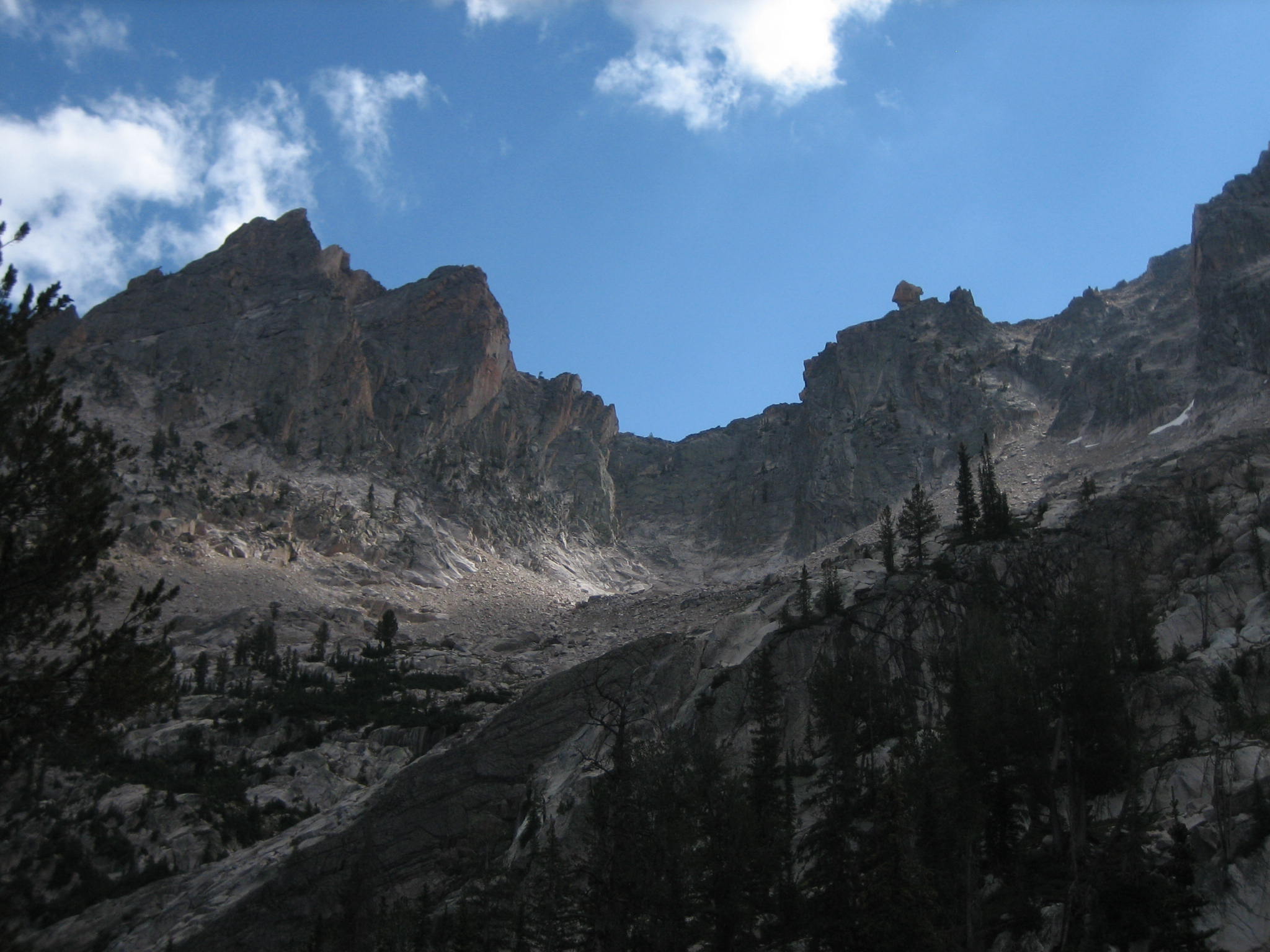 The Arrowhead as viewed from the East Side from somewhere near Cramer Lakes. Mount Sevy is on the left. John Platt Photo