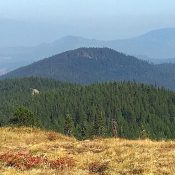 This peak is not in the book. Published September 2018.

Bernard Peak is located north of North Chilco Mountain. The peak was used as a fire lookout as early as 1918 when a 20-foot platform was built on the summit. Other towers were located on or near the summit until 1978. As a result, there is a road all the way to the summit. USGS Bayview 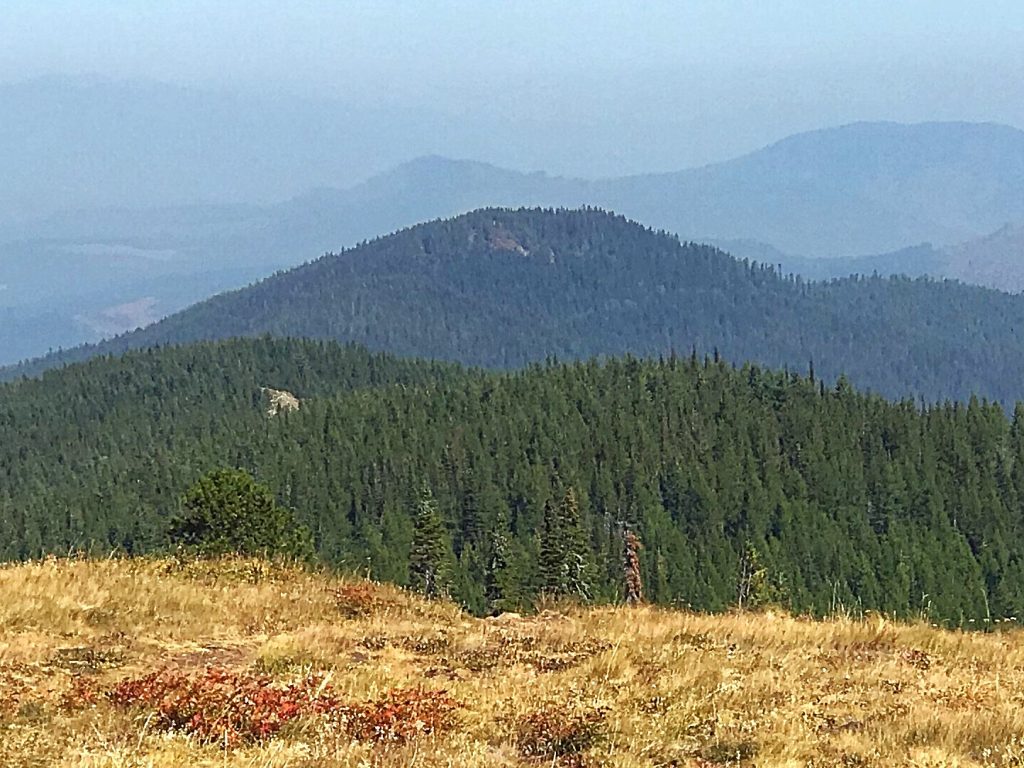 Leave US-95 at the Silverwood Theme Park (Exit 446) and follow Bunco Road east for 2.6 miles. Bunco Road turns north/right at this point for 1.0 mile and then turns east again. Continue on this paved road until it turns into FS-332. Continue on FS-332 to its junction with FS-2707. Take FS-2707 north under a double set of power lines and then veer onto FS-2708 which leads to Bernard Peak’s summit. There is no sign identifying these last two roads but they are easily identified if you have a map.