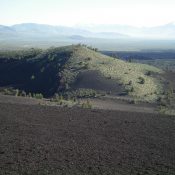 This feature is not in the book. Published December 2019

Big Craters is Peak #4 of the Craters 10-Pack

Big Craters is THE thing to see in Craters of the Moon National Monument. These are the only real craters in the park. You know, like the ones you see on THE MOON. While you can see Big Craters from a lower vantage point (via a ½-mile trail hike on the North Crater Trail as accessed from the Spatter Cones Trail), the best view of Big Craters is from the top of the highest crater. It only requires a short bushwhack from the Inferno Cone trailhead parking lot. If you don’t do this short bushwhack, YOU REALLY MISSED OUT. USGS Inferno Cone 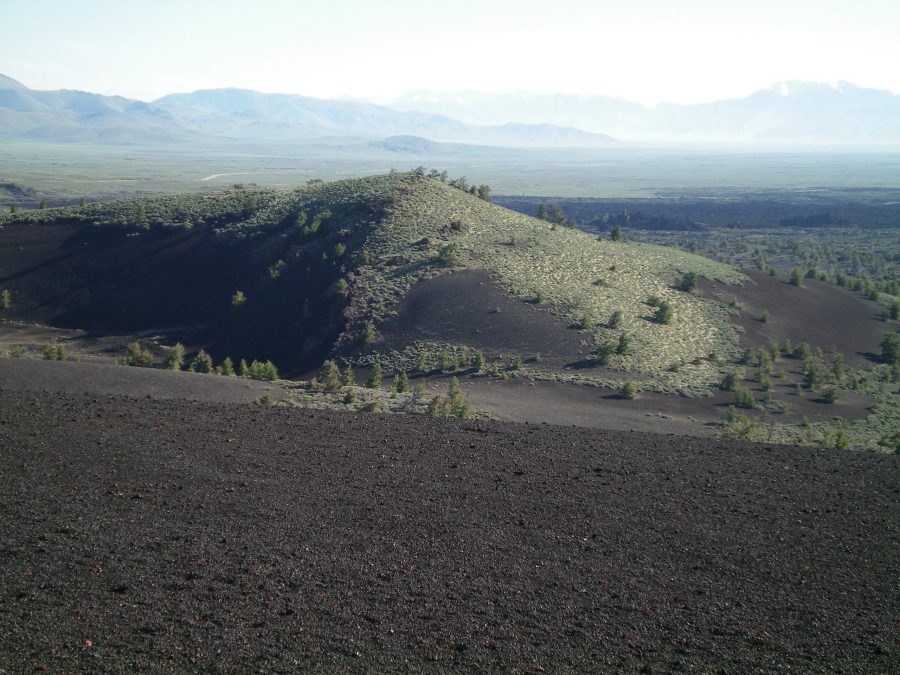 The east face of Big Craters as viewed from the summit of Inferno Cone. The craters are on the far side of the hillside shown on the photo. The summit high point is just behind the trees, on the east rim. Livingston Douglas Photo

Please be aware that off-trail hiking/scrambling is permitted in Craters of the Moon National Monument EXCEPT in these areas (according to a Park Ranger that I spoke with):

You must stay ON TRAIL in the aforementioned areas. Check for updates at the Visitor Center before venturing off-trail in this amazing place. I also saw prohibitions against off-trail travel in certain areas along the Loop Road (signs) and at the North Crater Trailhead (sign).

Drive up the Craters of the Moon National Monument Loop Road to the parking pullout for the Inferno Cone “trail.” Park here (6,040 feet).

From the parking area, cross to the west side of Loop Road and scramble west straight up a slope of sagebrush and scrub. Some weaving is required, but nothing as bad as on Grassy Cone and Sunset Cone. When you reach the top of the hill, you emerge on the east rim of the largest crater. The high point of Big Craters is on this rim. This rim is a narrow, gravelly ridge, so watch your footing and don’t get too close to the edge. The views down into the craters are amazing. There was still a patch of snow remaining in the center of the largest crater.

Big Craters comprises a total of three craters, the southeast crater being the largest and deepest and the northwest crater being the smallest and shallowest. If you don’t care about reaching the high point of Big Craters and you just want to see the craters, you can hike ½ mile up the North Crater Trail from its junction with the Splatter Cones Trail. The bushwhack up from the Inferno Cone parking lot is the shortest way to reach the high point of Big Craters. 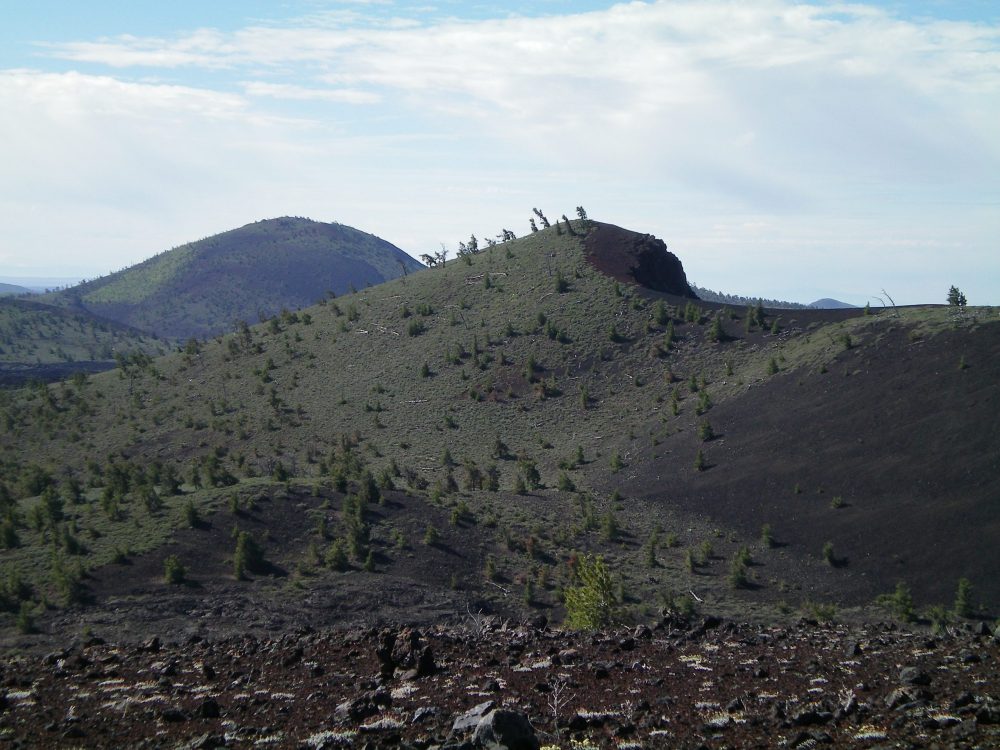 The north side of Big Craters (right of center) as viewed from the summit of North Crater. Big Cinder Butte is in the distance (left of center). Livingston Douglas Photo 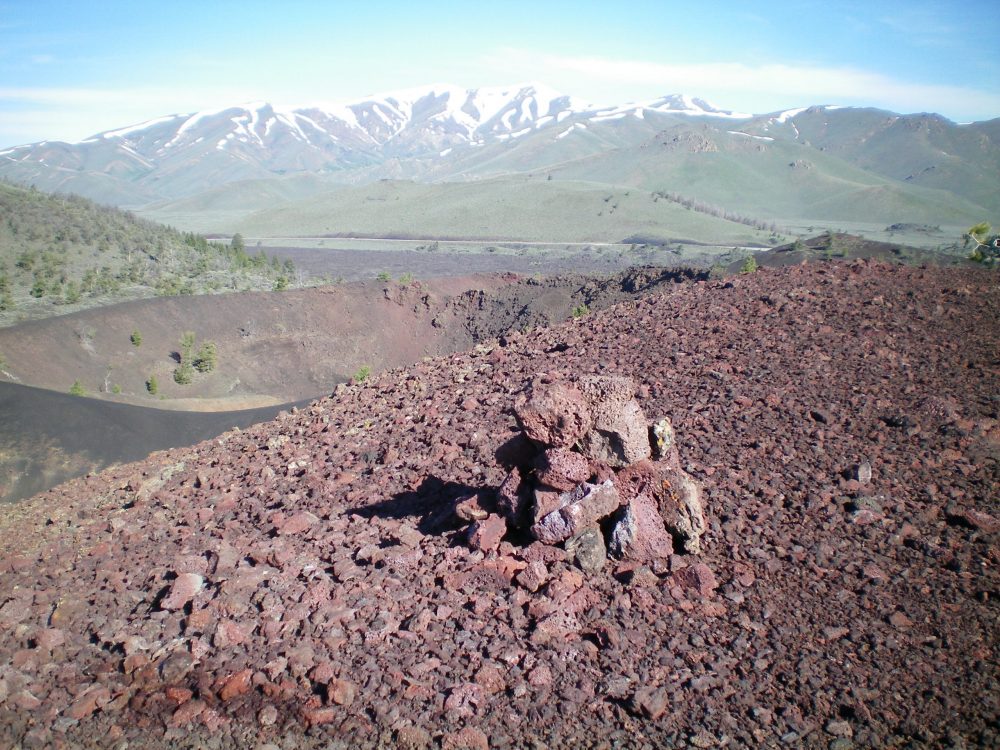 The summit cairn atop Big Craters on the high point of the crumbly, red lava rock on the east rim. You can see the center crater up and to the left of the cairn. Notice the dark-colored gravel “ridge” in front of the center crater. It separates the center crater from the southeast crater. That narrow ridge is the “cat walk” of the northwest ridge descent route. Snow-clad Blizzard Mountain is in the distance. Livingston Douglas Photo