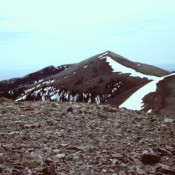 Climbing and access information for this peak is on Page 351 of the book. The book used an elevation of 9,385 feet based on an older 15-minute quadrangle. The newer 7.5-minute quad lists the elevation as 9,386 feet. This difference is important because it means that this peak is arguably (but not positively) the highest point in the Black Pine Mountains. This issue is discussed in more detail on the Black Peak/Black Benchmark page. Margo Mandella provides a review of the west ridge route. Livingston Douglas details route descriptions for both the southeast ridge and the north ridge. Updated May 2020

Use this link to read about the classic Black Pine Mountains Traverse. 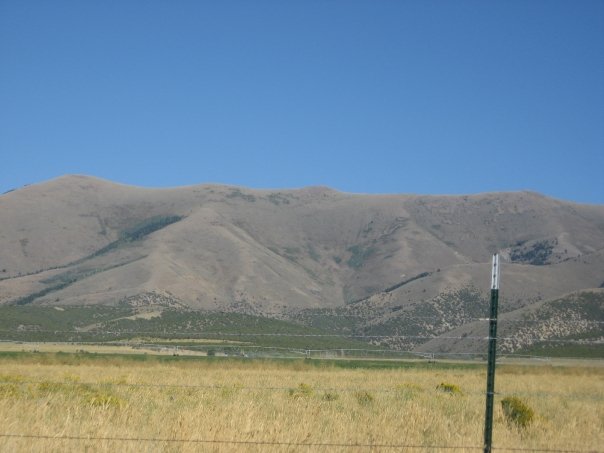 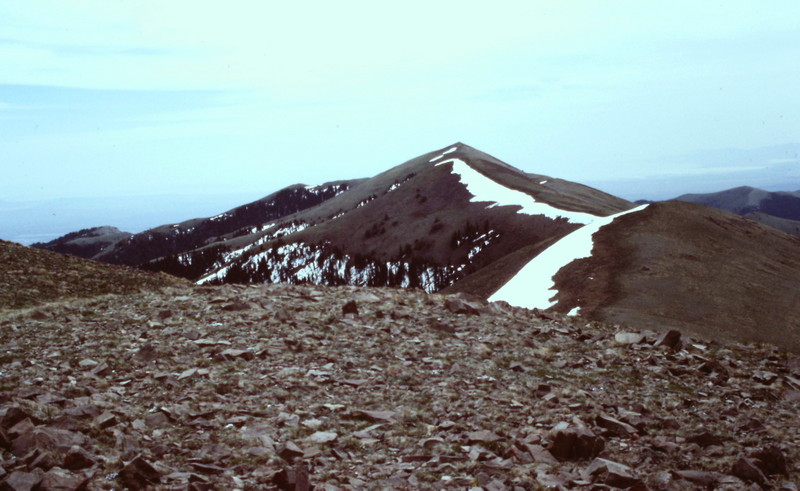 If you are not put off by steady, steep Class 2, then this might be the route for you. The west ridge route takes you toward the midpoint of the summit ridge between Black Pine Peak and Black Peak/Black Benchmark.

Access the peak from ID-81, south of Malta, Idaho. From ID-81, take 6 Mile Road east and continue on it as it heads toward the Black Pine Mountains. The road turns south (straight is Gunnell Road) and intersects with FSR-773. Travel east and when you reach a 3-way intersection, turn left (north) to stay on FSR-773. At the road’s intersection again with Gunnell Road, turn right (east). You have basically driven around private property that Gunnell Road passes by. That said, FSR-773 also travels through a section of private property.

Remember, it never hurts to call the Sawtooth National Forest/Minidoka Ranger District, to verify access and road conditions for this peak before heading out. Trespassing in Idaho can have serious consequences. Continue on FSR-773 as it heads into Sixmile Canyon. Pass Sixmile Reservoir on your right and drive to the road’s end, staying to the left of any fork you pass. We found these roads rugged and passable in an SUV. However, we concluded that if the roads are muddy, it might not be possible to get far into the canyon. 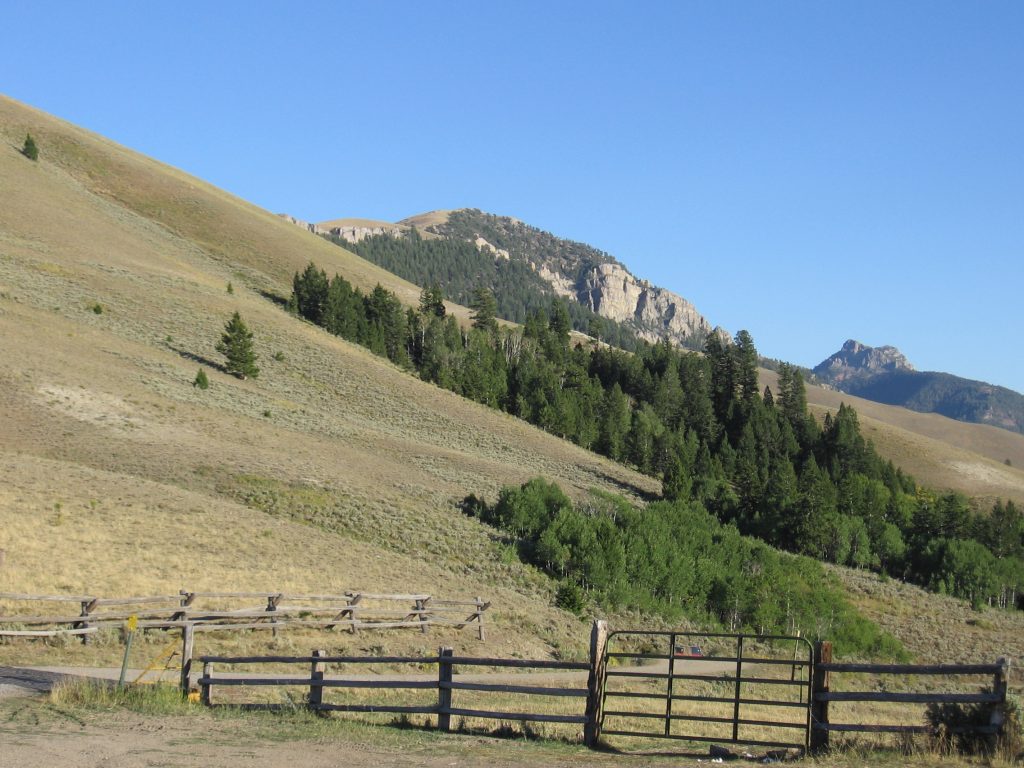 From where you park, you can backtrack a little and ascend west toward Point 6627, or you can continue from the end of the canyon to ascend a steep ridge that heads eastward to Point 9254 (which we did). As you near the summit ridge and Point 9254, decide which peak to bag first, Black Pine Peak or Black Peak/Benchmark (an unranked peak) and then tag the other, assuring you’ve hit the high point of the Black Pine Mountains. 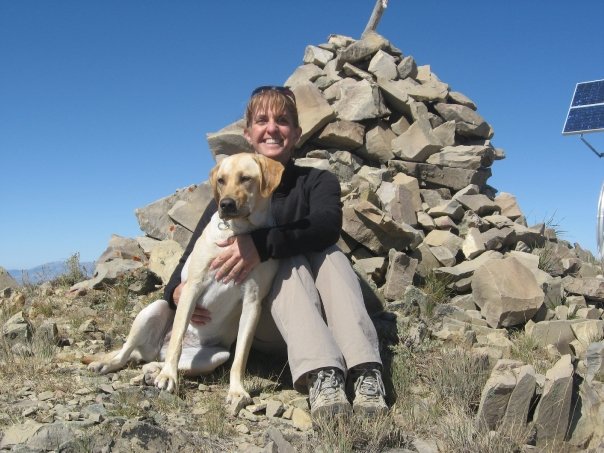 Margie and Maka on the summit of Black Pine Peak. Margo Mandella Photo

Updates/corrections to the text: Forest Service Trail (FST)-018 [(A)(1.1)(a)] is now FST-833. The USGS topo map and the Sawtooth National Forest/Minidoka Ranger District map both show FST-833 still in existence (FST-018 on the USGS topo map). But I saw no signs of any trail coming out of Pole Canyon and crossing Pole Canyon Pass (7,980 feet). I also saw no trail descending southward from the pass to curl around to the south slopes of War Eagle Peak that are referred to in the book. Does FST-018/FST-833 still exist? I doubt it.

Same as for the north ridge of Peak 8376

If you draw a straight line from the summit of Black Pine Peak to the 8,540-foot saddle, the direction is southeast, not south. The summit of Black Pine Peak has a repeater antenna (+ solar panel + aluminum storage shed) and a large cairn. The views of the west-side valleys are stunning, with two of the drainages having beautiful reservoirs/dams near the end of the forested terrain.

Same as for the north ridge of Peak 8376

From the summit of Black Pine Peak, follow the ridge north over three ridge humps to reach the final saddle below Black BM/Black Peak. This saddle is at 9,180 feet. The terrain on the ridge traverse is open with embedded talus/scree, short scrub, and a narrow/poor footpath on the ridge crest. A relatively easy stroll, at least on a non-windy day. Don’t be up here on a windy day or when thunderstorms are in the area.