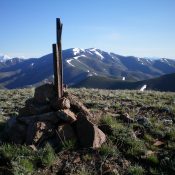 Climbing and access information for this peak is on Pages 257-258 of the book. The access route described in the book is now closed to the public by a private landowner. Fortunately, Derek Percoski has provided the new access information set out below. Updated December 2019 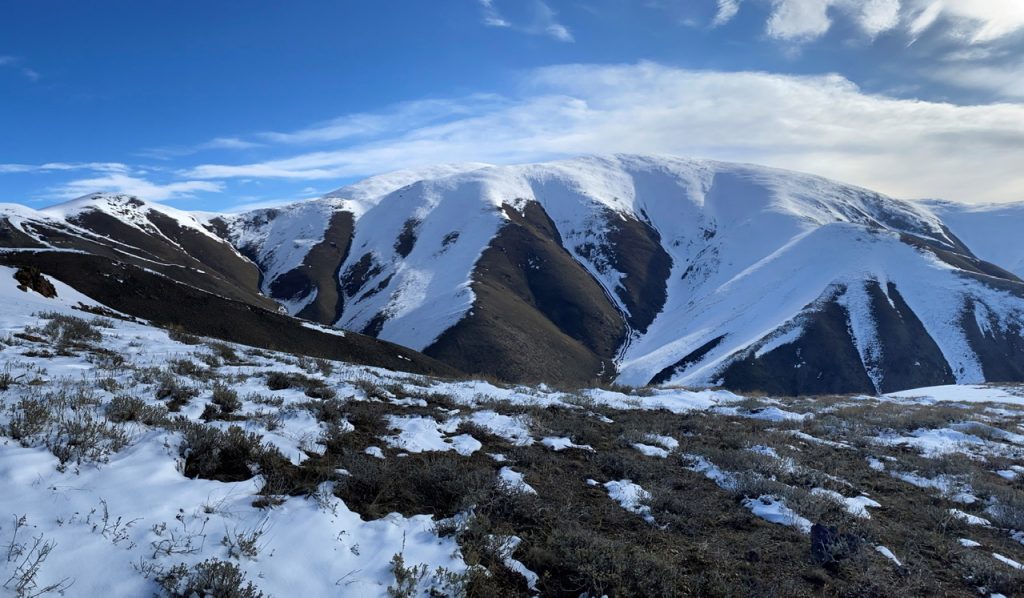 Blizzard is such a broad mass that you
really have to be far away to see its shape. This photo shows both Blizzard Mountain and
Peak 8513 on the left. The highpoint of Blizzard Mountain
cannot be seen in these photos. It’s in the middle of a horseshoe-shaped
summit area. Walking the entire summit is more than a mile! Photo and commentary by Derek Percoski 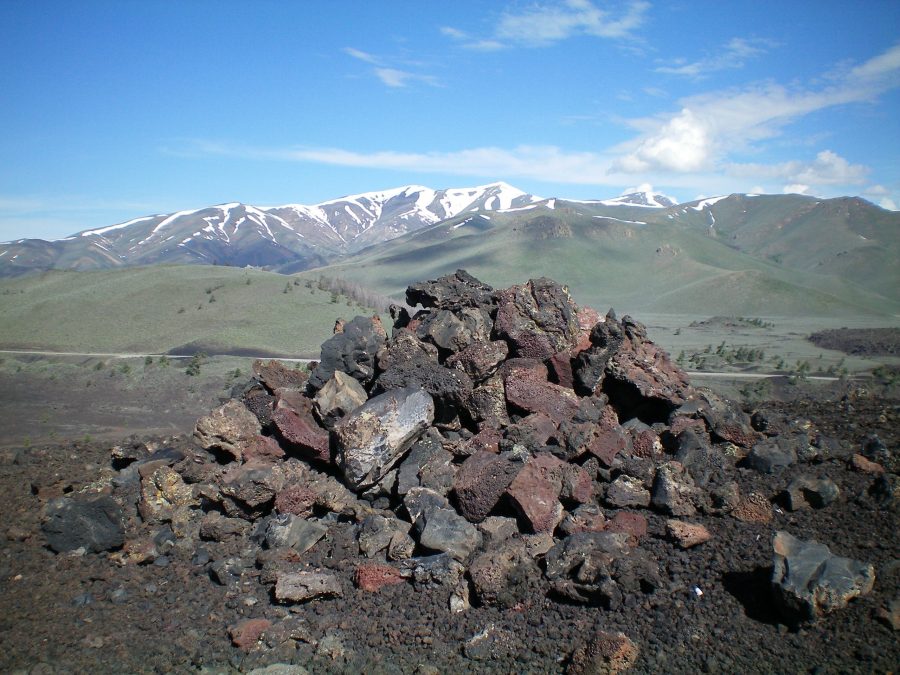 The large summit cairn atop the high point of North Crater in Craters of the Moon National Monument. Snow-clad Blizzard Mountain is in the distance. Livingston Douglas Photo

The East Fork Fish Creek Road is now open to the public. There are no gates. Signs along the way state “Private property. No hunting or camping. Access is allowed.” The attached image confirms that the entire road is on private property. The 4×4 road goes all the way to 6600, where you’ll encounter the remains of an old bridge. At this point you are 2 miles and 2700 vertical from the summit of Blizzard. I did leave a note on my windshield stating that I was dayhiking just in case the property owner came by. I don’t have a route to recommend since I went on a splitboard tour that included Peak 8513, but a climber should have no trouble making their own (steep) Class 2 path to the top. 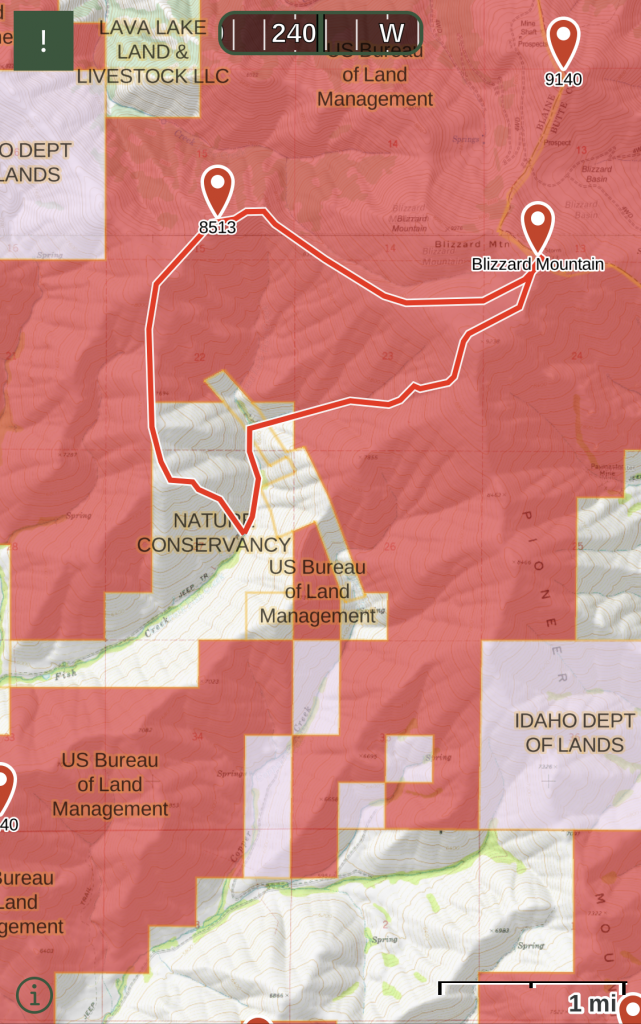 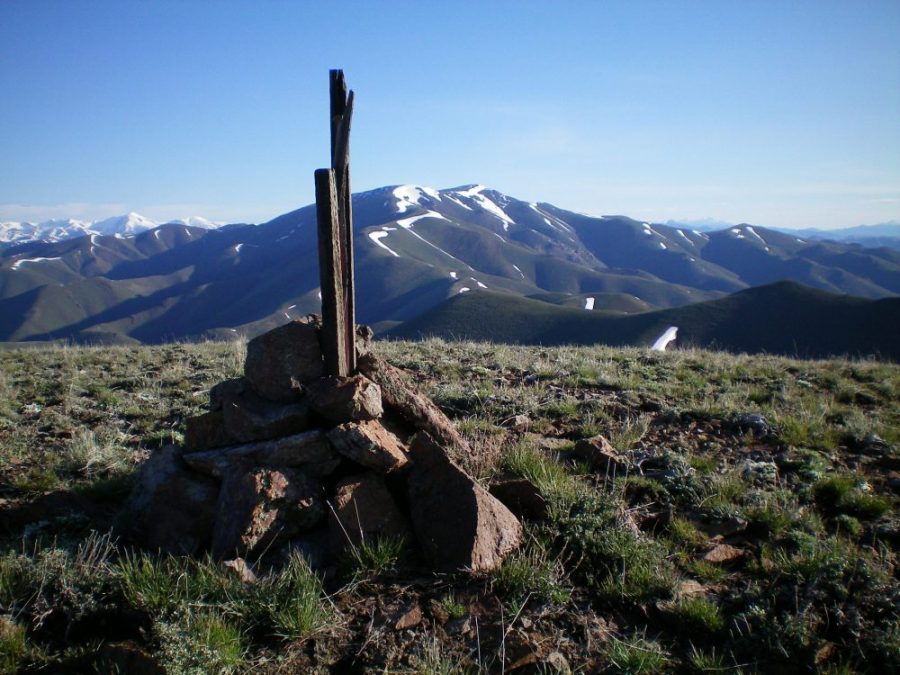 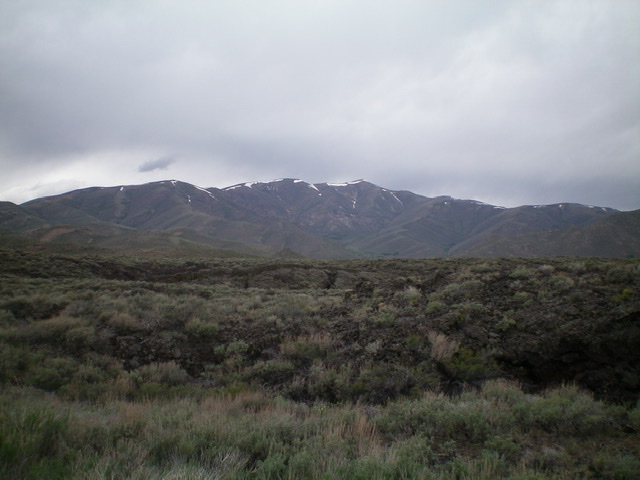 Blizzard Mountain as viewed from US-20 to its southeast. The summit is just right of center. Livingston Douglas Photo