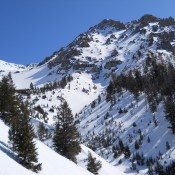 This peak is not in the book. It is just southwest of the summit of Lorenzo Peak and some would argue it is that peak’s Southwest Summit. Nevertheless, as Pat McGrane sets forth below, it is an amazing climbing destination. Text and photos by Pat McGrane unless otherwise noted.

Lorenzo Peak is arguably the finest summit in the Boulder Mountains. Point 10901 is Lorenzo’s highly visible Southwest Summit. As seen from ID-75, it features a high concentration of steep snow climbs in the Spring. Point 10901 deserves recognition as a peak in its own right despite having only 200 feet of prominence from the main summit. Some folks call it “Lightning Ridge” or “Lightning Point,” but I prefer to call it Bodacious Peak. Bodacious is a combination of the words bold and audacious. USGS Easley Hot Springs 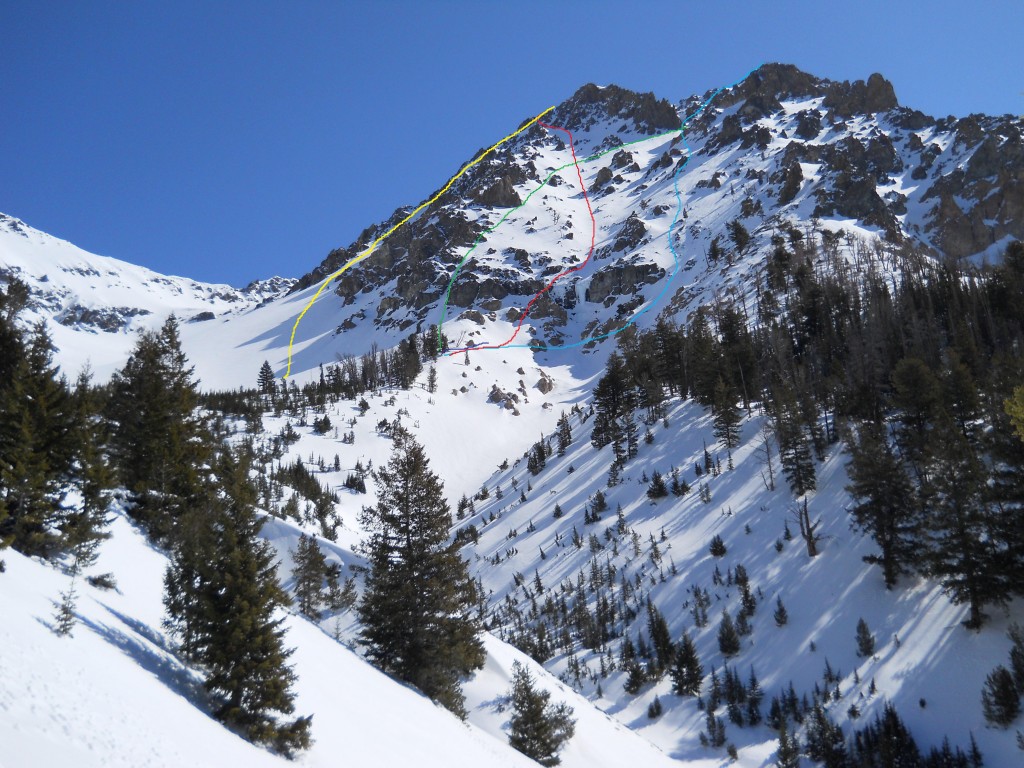 Routes above the drainage on the peak’s West Side. 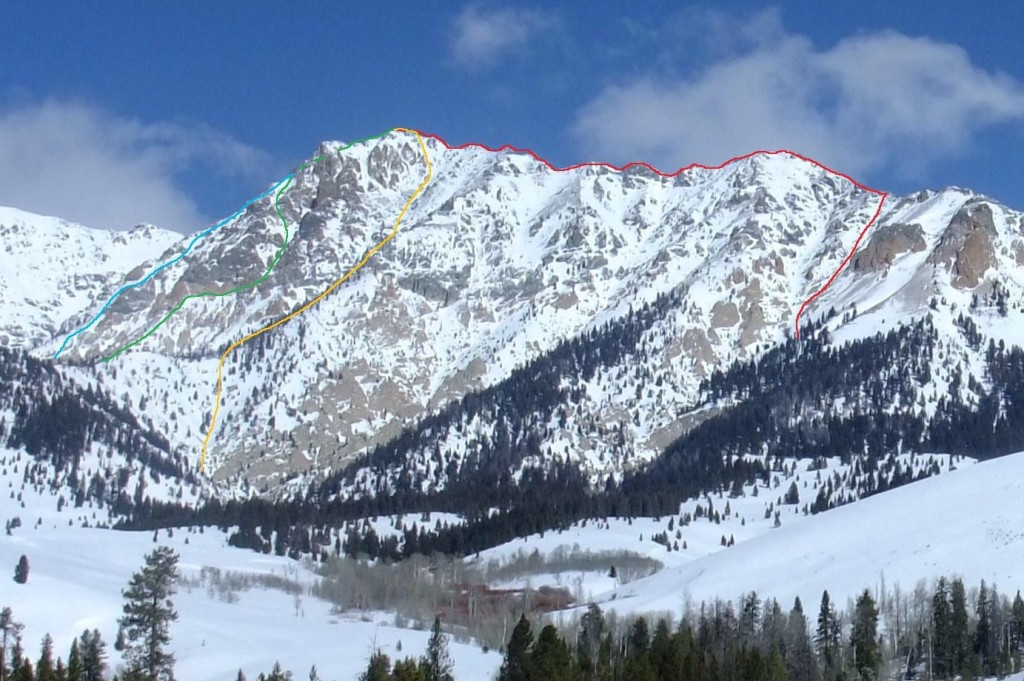 Bodacious Peak features awesome snow climbs and scrambles. It towers above ID-75. The Southwest and West Faces are reached by crossing Billy’s Bridge, a makeshift Nordic ski bridge over the Wood River. The access is so good from the highway that day trips from Boise are routine. The best time to climb Bodacious is in Spring, from March through June. That’s when the inherently loose rock is covered by steep snow. Avalanches are not uncommon, so choose your route wisely. 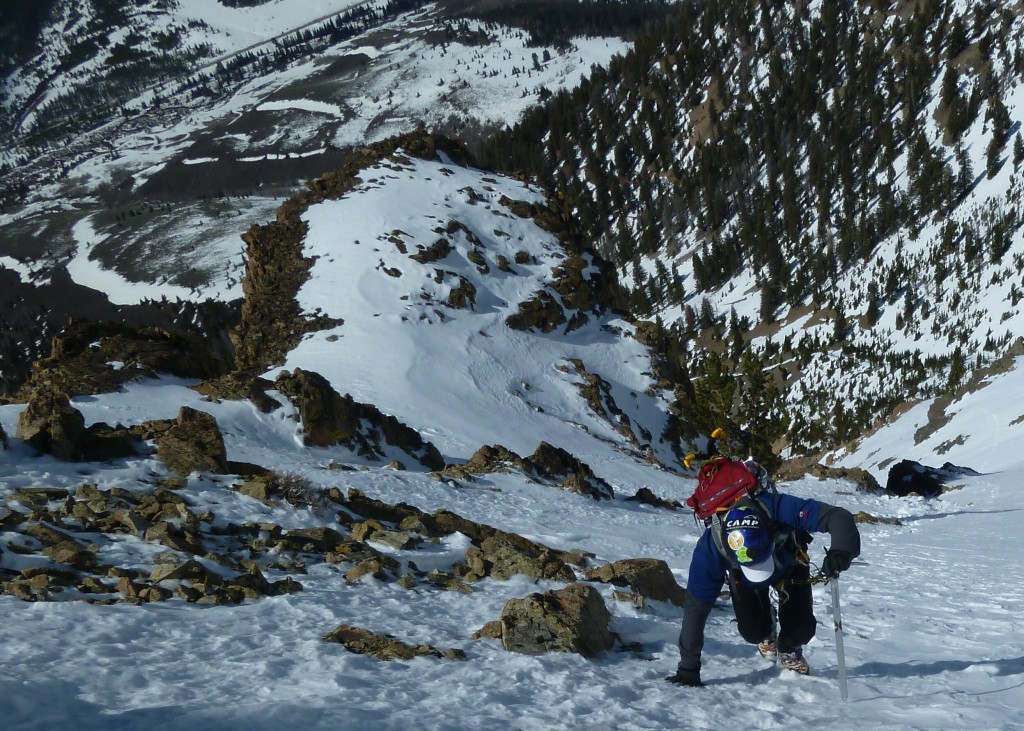 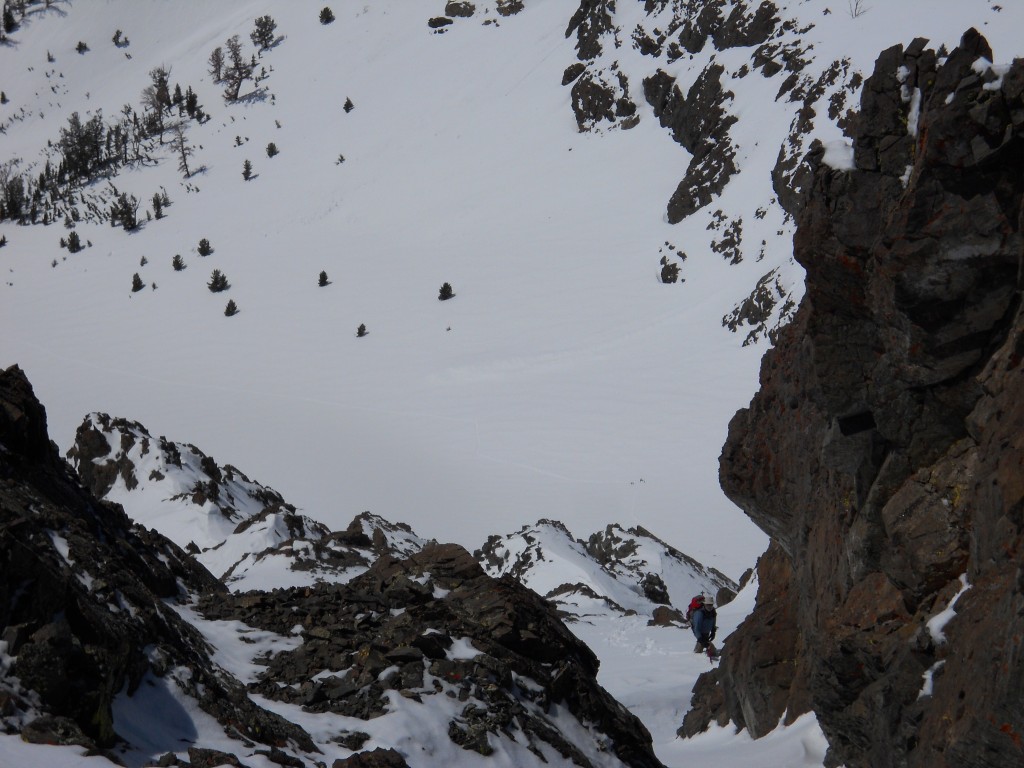 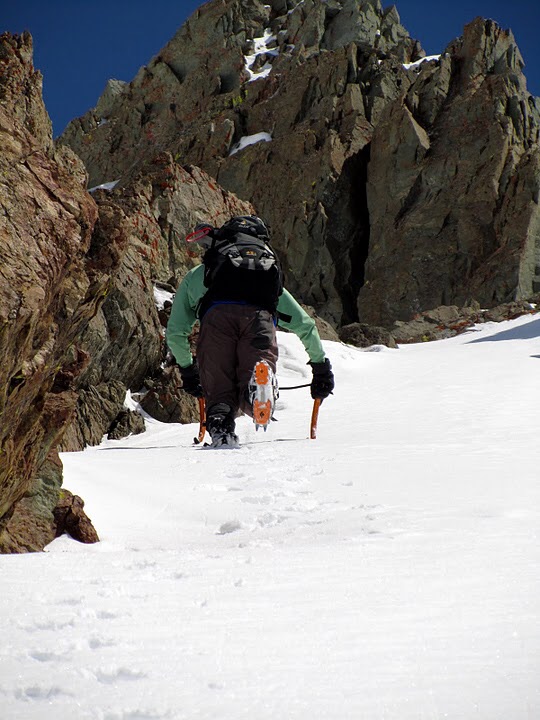 Pat notes: “I could go into great detail on every individual route (I have personally done 7), but that is unnecessary because the routes on the Southwest and West faces are about the same difficulty (35-50 degree snow with Class 3-4 rock sections). No rope is needed; just take your crampons. After reaching the summit of Bodacious, it’s another hour of steep snow climbing to the summit of Lorenzo Peak, if you choose to do so. It is possible to glissade (or ski) all the way from the summit to timberline, making the return trip almost as fun as the climb.” 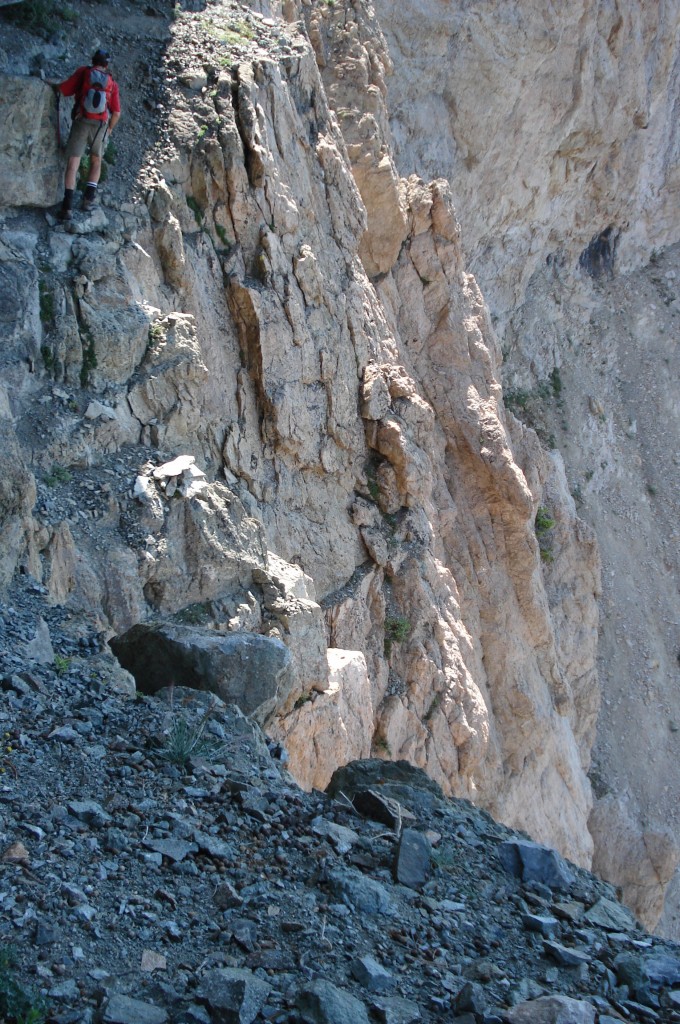 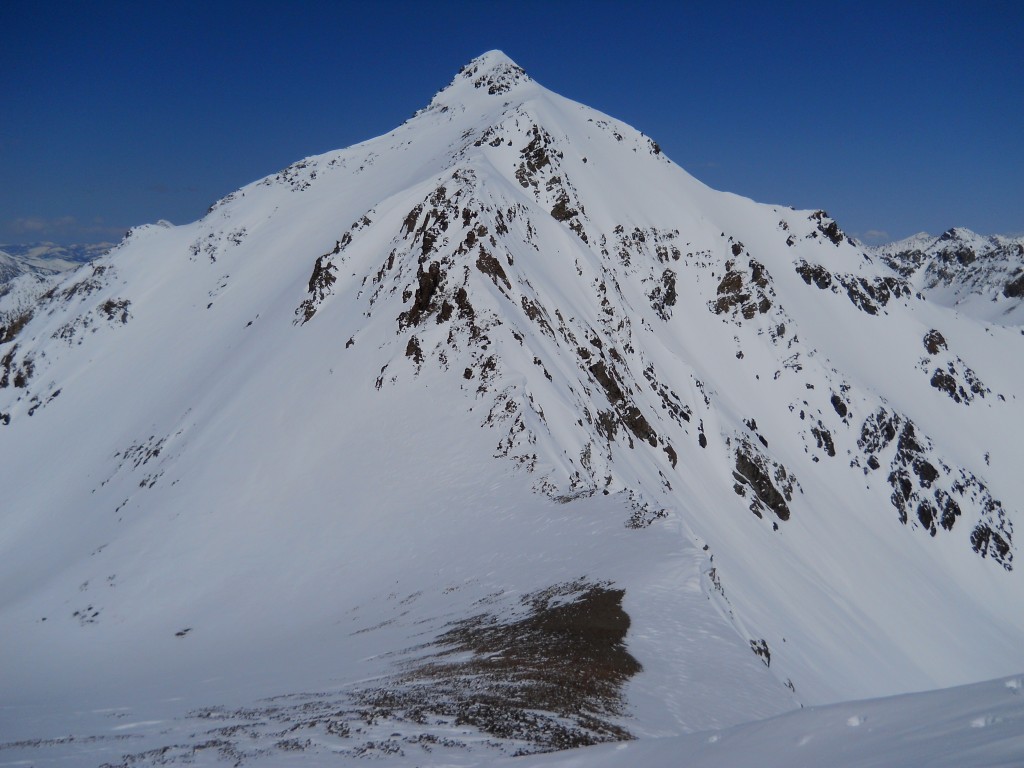 Lorenzo Peak as viewed from the summit of Bodacious Peak. Pat McGrane Photo 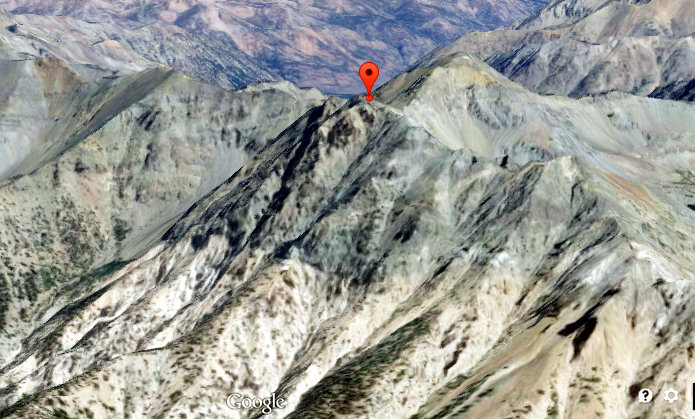 Bodacious Peak with Lorenzo Peak behind it. Google Maps 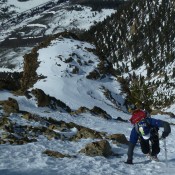 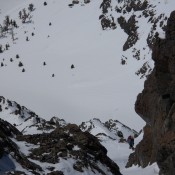 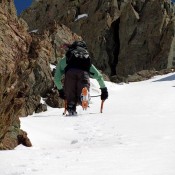 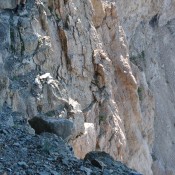 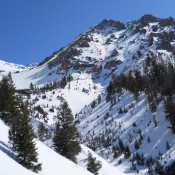 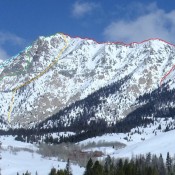 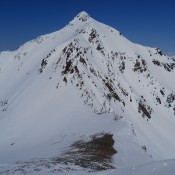