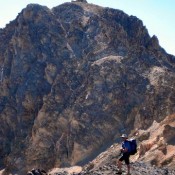 This peak is not in the book. It is perhaps, the second most difficult Idaho 11er (behind True Grit), Derek Percoski provided the East Ridge route. Judi Steciak and Carl Hamke provided the South Ridge route. Updated August 2020

Ranked as the 103rd-highest peak in the State of Idaho, Boulder Lake Peak is just shy of being a member of Idaho’s highest 100 peaks. It is a seldom-climbed summit because of its remote location and climbing difficulty (Class 4). USGS Standhope Peak 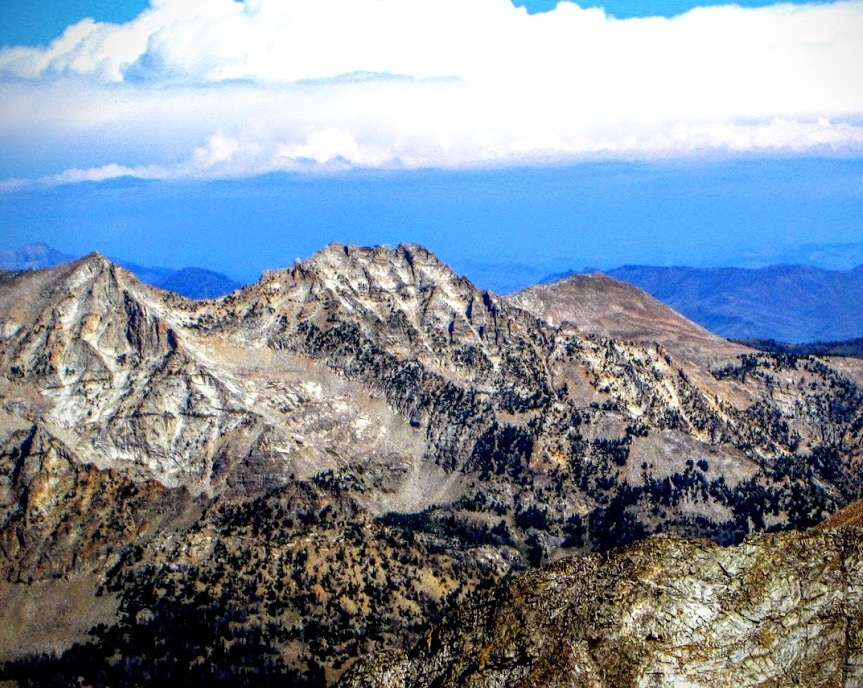 Follow the Boulder Lake Trail [(FST-057 (C)(1)(a) on Page 259] to Boulder Lake. Derek Percoski notes “Accessing this peak via either route requires crossing Wildhorse Creek. In the fall this is a breeze; in June it’s almost impossible. If you go early summer and wade the creek, remember that it could be more treacherous in the afternoon when you return. I was able to find a log crossing for the east ridge route when I visited in early August. It’s wise to save this peak for later in the season.”

The east ridge route gains 3500’ in under 2 miles. If you’ve got powerful legs and like shortcuts, this could be the route for you! It is actually a great route—solid terrain the entire way. The route starts from Wildhorse Road, 1.5 miles south of the campground. A massive avalanche path can be seen from the road—climb up to the left of this and the east ridge will gradually take shape. I climbed directly over the first tower I encountered (~10,200’), then the remainder of the way I stayed left of the jagged ridge crest. There were plenty of places that looked like a dead-end was approaching, but I kept moving and always seemed to get lucky. I eventually made it to a gully that led directly up to the “summit”. Your trip could end here, or you can keep exploring if you want to be thorough…

*The east ridge is Class 3 to the north summit. The connection to the south summit is more difficult, and I did one Class-4 section. Perhaps a larger downclimb could avoid this. Once you arrive at the south summit you’ll circle around it clockwise and make a Class-3+ ascent on the Boulder Lake side. 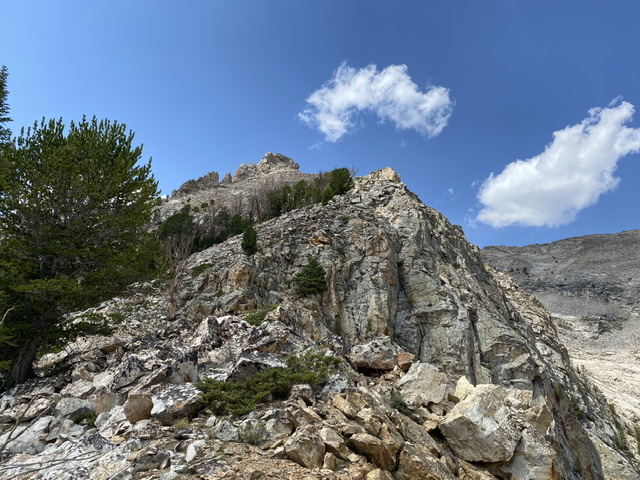 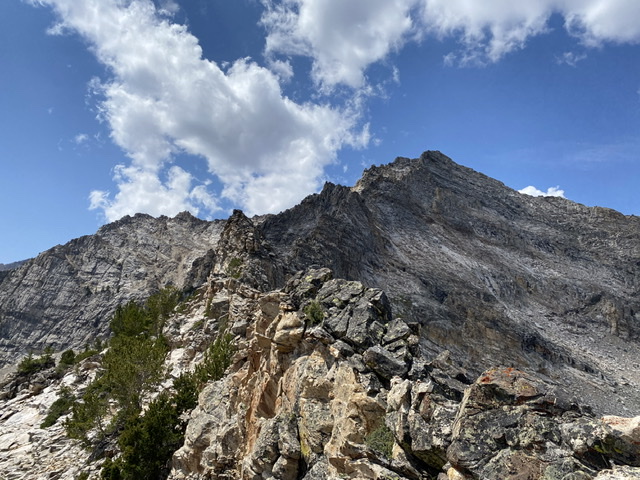 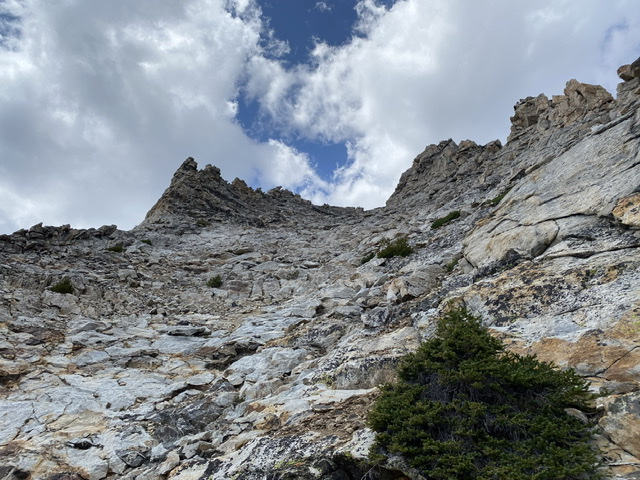 Follow the Boulder Lake Trail [(FST-057 (C)(1)(a) on Page 259] to Boulder Lake. Circumnavigate the Boulder Lake on its west shore and ascend the eyebrow cliffs from their West Side. From here, ascend to the east on steep talus towards Point 11024, eventually bearing north past this point on the west. Cross ribs to reach ledges and short gullies that lead to the knife-edged ridge below the summit. George Reinier and Pat McGrane reached the summit on August 21, 2008 with no signs of previous ascent. 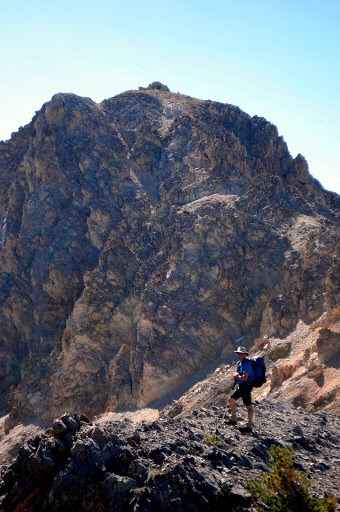 North of Point 11024, cross over to the East Side and traverse farther north until you can climb steep flakes and cracks to the summit. Carl Hamke climbed the East Side Variation on August 21, 2008.