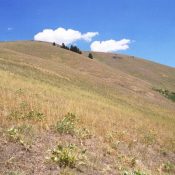 The summit is broad and rounded but falls off steeply in every direction, including drops of roughly 4,000-foot south to the West Fork of Rapid River and 4,800 feet east to the main fork of Rapid River. The Bridge Creek Basin, which separates the mountain from the main Seven Devils peaks, is a 1,400- to 3,000-foot drop from the summit of Cannon Ball Mountain. USGS Heavens Gate 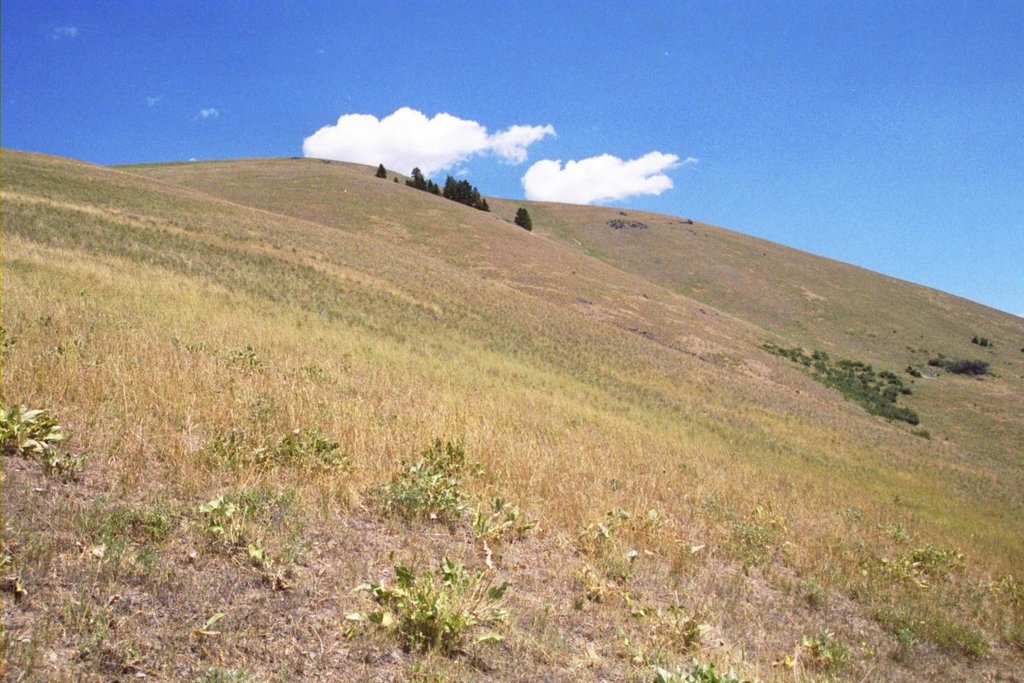 Take US-95 to Riggins, which is 153 miles north of Boise and 118 miles south of Lewiston, Idaho. At the southernmost end of Riggins (and south of the Forest Service Office in Riggins), look for a large brown recreational sign for Seven Devils and Heavens Gate. This is FSR-517. Turn west on FSR-517 and follow it for about 9.2 miles to FSR-2109. This road is on a hairpin curve and may be gated from mid-Fall to early Summer.

Continue on FSR-2109 for about 6.9 miles to Saddle Camp at the road’s end. Here, find a corral, some good dispersed camping spots, and possibly cows, but not much else. Between FSR-517 and Saddle Camp stay on what appears to be the main road. A couple of junctions might be confusing, but when in doubt, stay to the right to remain on FSR-517. From Saddle Camp, head a short distance on a trail up to the main ridgeline and hike to the summit. It is just under 1 mile to the summit with about 700 feet in elevation gain.

Another option to the summit is to continue on FSR-517 (i.e., not turning onto FSR-2109) to where the road crosses over the southeast flank of the Heavens Gate mass. This obvious aspect change is about 15 miles up from US-95 or about 1 mile east of the Windy Saddle Campground. Here, find plenty of parking and a spectacular view of the Tower Of Babel to the southwest. From here, descend the ridge for an 880-foot drop over 1 mile to Scott Saddle and continue on the main ridge to the summit.

A much more strenuous option is to climb Cannon Ball Mountain from Rapid River Canyon. About 4 miles south of Riggins, turn west off US-95 onto Rapid River Road and continue for less than 3 miles to the Rapid River Fish Hatchery and the trailhead. Hike the trail along the Rapid River for less than 1 mile to a fork. Take the right fork and hike up Thorn Gulch, then over the ridge to Blue Gulch. The trail then climbs the South Ridge, which is the main East Ridge of Cannon Ball Mountain. This trail rises approximately 5,000 feet over 6 miles. Parts of the trail are very faint or even missing, so be prepared for some difficult hiking in some very rugged terrain.

Maps show another trail connecting from lower Shingle Creek (just north of the fish hatchery) to Scott Saddle, but no information is given here for that trail, should it even exist. [Editor’s Note: Use the link below to read John Platt’s trip report. The trails in this area are somewhat sketchy as of April 2018.] 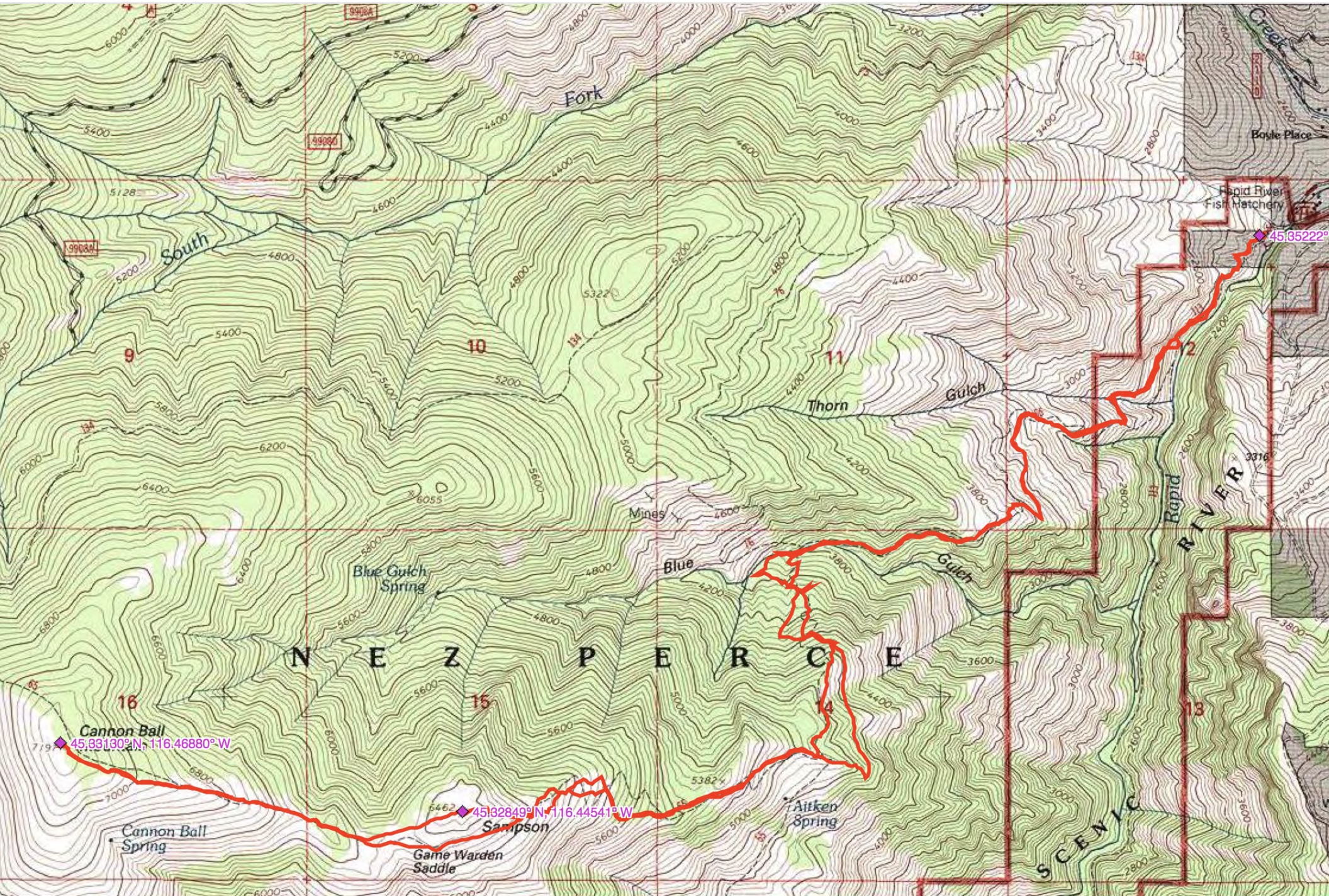