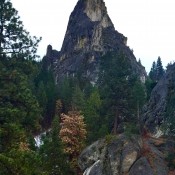 This peak is not in the book. Dan Kruger, John Platt and Pat McGrane have provided photos, access and route information on this impressive tower. Pat McGrane’s complete route description is found down the page. Updated April 2018

There are 8 Idaho features named Castle Rock. This one is a rugged tower located north of Shafer Butte. John Platt has climbed it. See the link below to read his trip report which will also provide you with additional access information. Pat McGrane climbed it in 2012. His trip report is found below. Dan Krueger and Cody Remer have provided reports that demonstrate the complexities of attempting this difficult formation. First, Dan’s and Cody’s comments and photos and then Pat’s trip report. USGS Schafer Butte

Dan notes that: “That thing is in a totally different league from Stack Rock! It’s huge, very crumbly, and (to me) very exposed… Class 4 is no exaggeration. The hike out to it, while not long, is pretty draining too. It’s very steep and has some dense brush to deal with.”

“We made it maybe halfway up the rock and got stuck. The two options were a vertical crack or an exposed vertical wall. There may have been a better line, but we couldn’t find one. The weather was turning on us (wind and a few snow flakes) and we decided to be safe and head down.”

Cody reports: My brother-in-law and I decided to go try to scout out and hike to Castle Rock. Having never been there before, we decided to follow as closely as possible John’s [Platt] route. We parked at Crumley Gulch and walked a short distance to where the trailhead starts. The trailhead is densely overgrown with brush and trees but is passable. Once we started on the trail, it was a long and grueling hike out to the base of Castle Rock. The trail dissipated and disappeared about halfway to Castle Rock, so we had to trek along the ravine leading out to Castle Rock. Everything is very dense and the terrain is overgrown with trees, brush, and other foliage. The trek to Castle Rock is tiring and is easily Class 4.

By the time we made it to the base of Castle Rock, we were drained of energy. We took some time to rest and then returned back to Harris Creek Road. Anyone looking to hike out to Castle Rock will not be disappointed. However, it is not a hike for the faint-of-heart, as it presents many challenges. It is advisable to take plenty of water for the hike in and out, and maybe even a tent and sleeping bag. I would advise to begin your hike to Castle Rock early in the morning and then camp at the base of Castle Rock before attempting any climbing of the rock itself. Camp overnight, then the next day do whatever climbing of the rock it is you intend to do. My brother-in-law and I did not get the opportunity to climb the rock, so I cannot say the type of class it would be. One thing for Castle Rock can be said, just like that of Everest or K2…the Mountain/Rock always has the final word, and this day, Castle was not having us climb.

While John Platt has not provided details on his route, any ascent will unquestionably involve at least a Class 4 climb and it is likely you will stray into Class 5 climbing terrain with significant exposure. Use the link below to read his trip report. 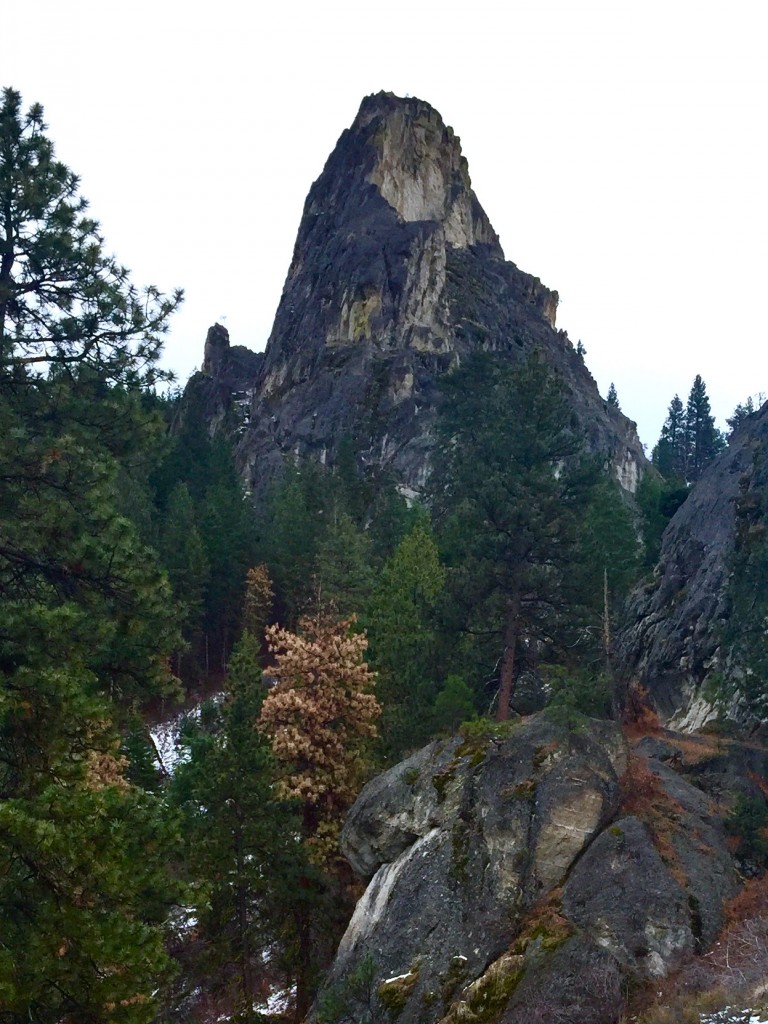 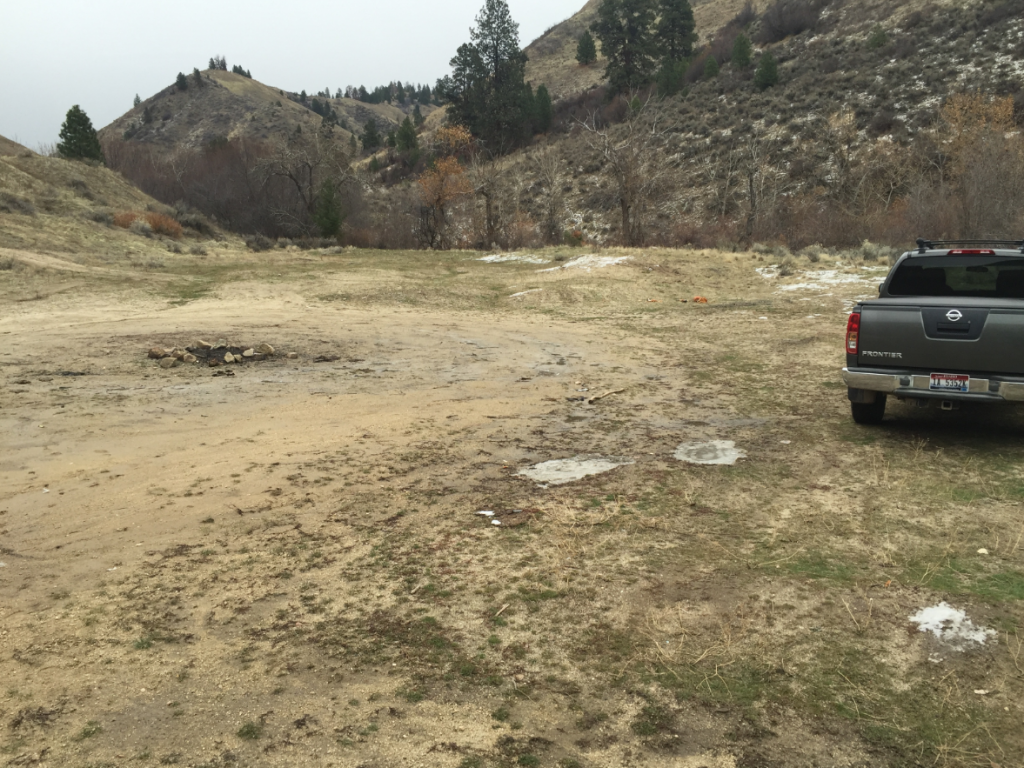 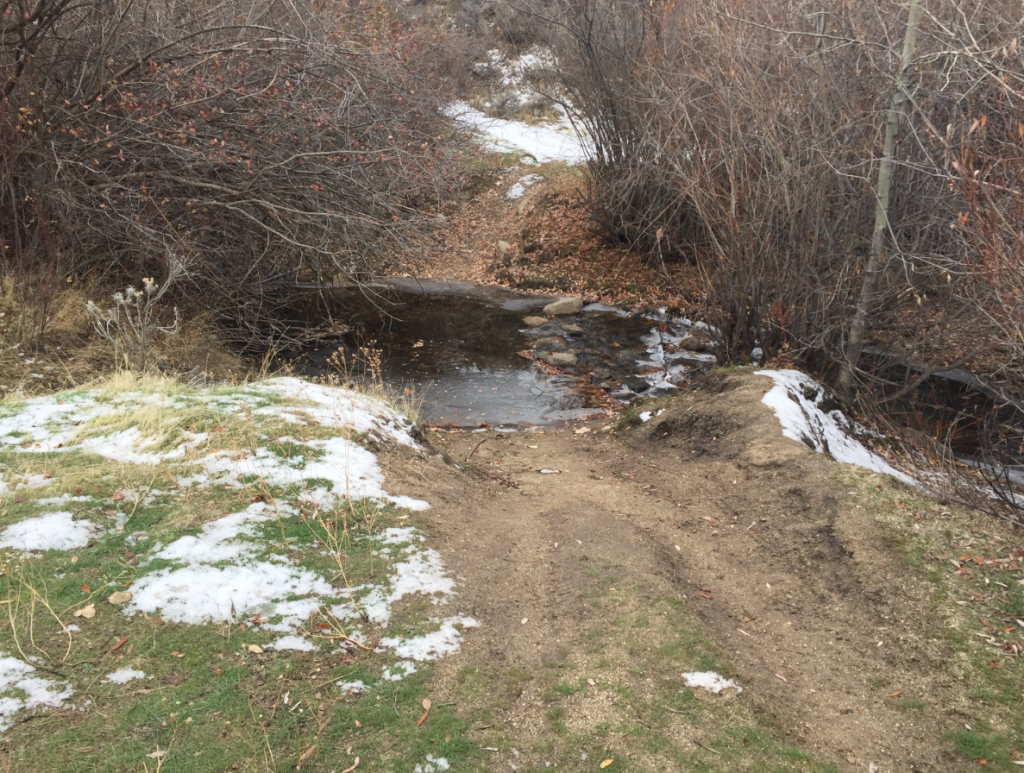 The trail to Castle Rock starts by crossing this stream. Dan Krueger Photo 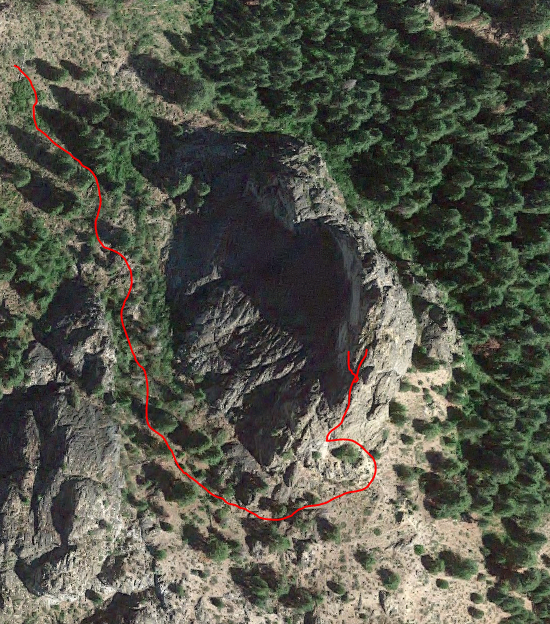 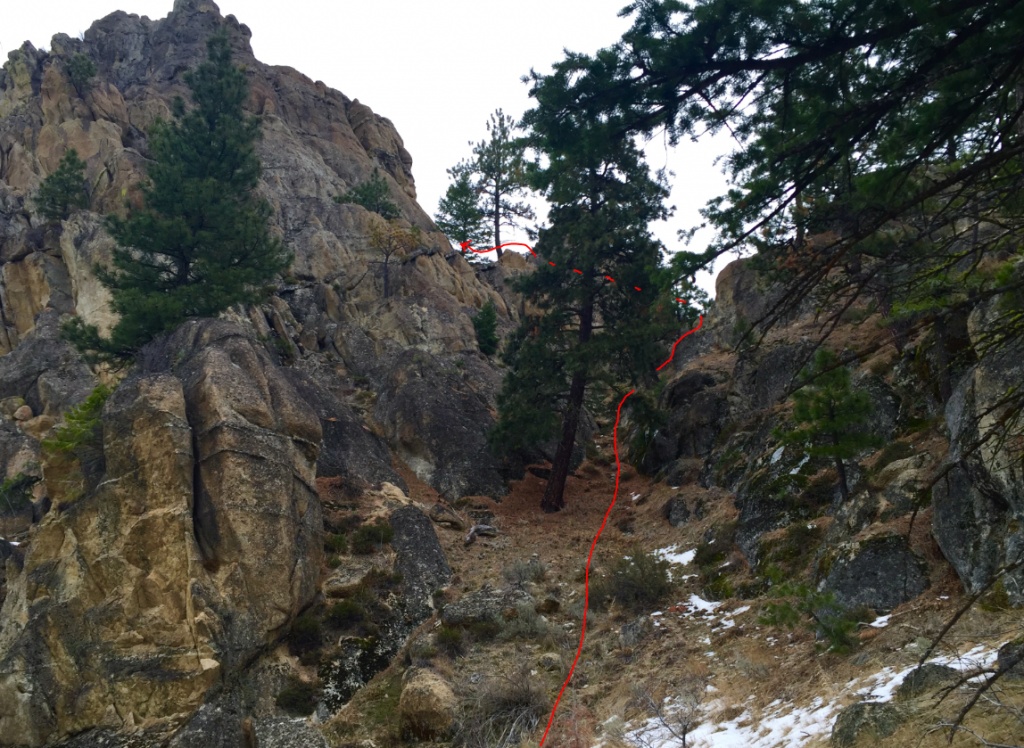 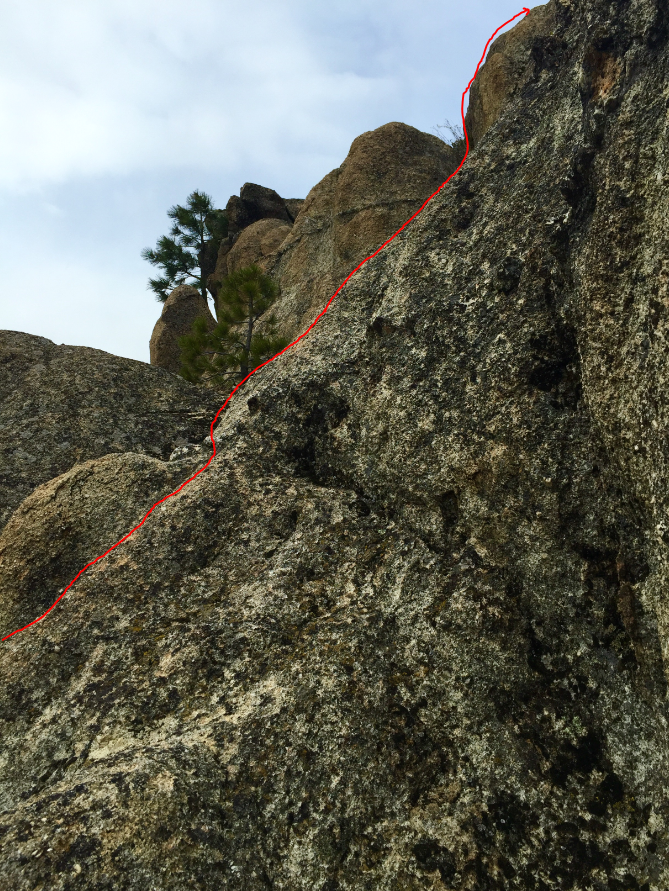 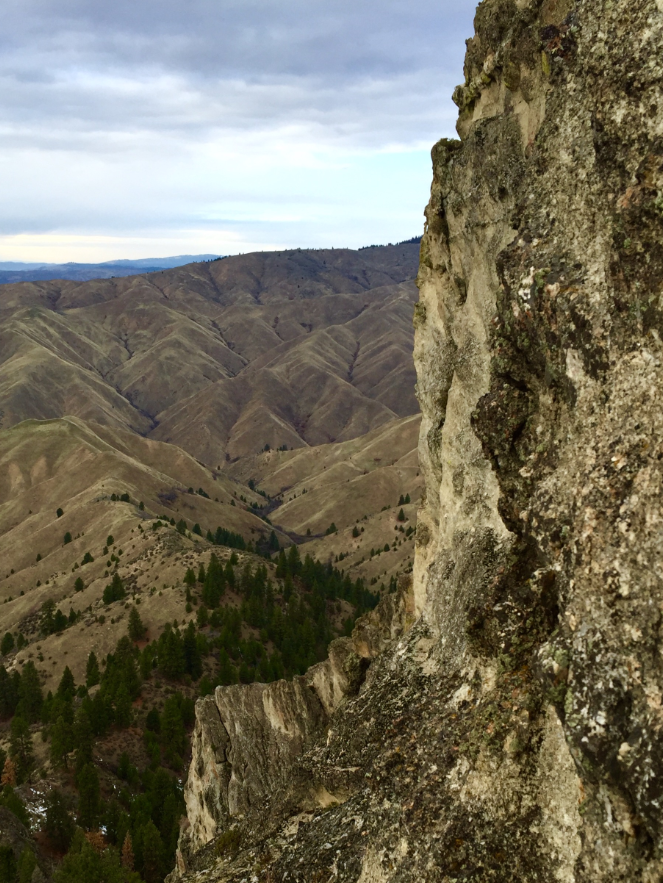 This is the high point of Dan’s attempt as discussed above. Dan Krueger Photo 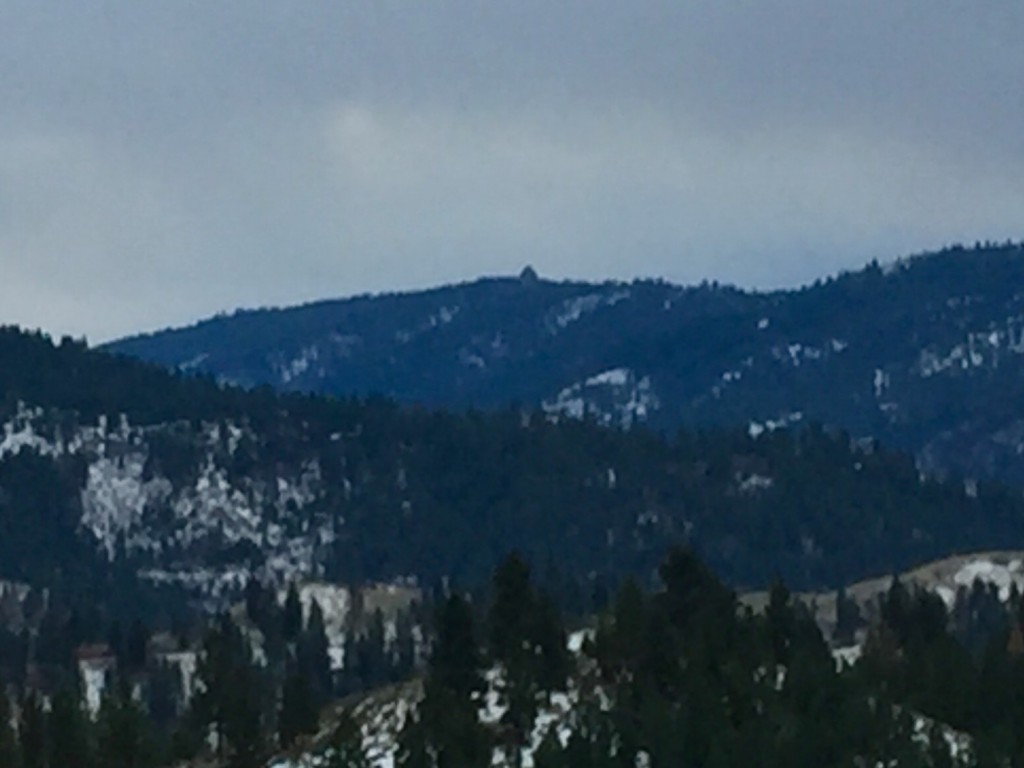 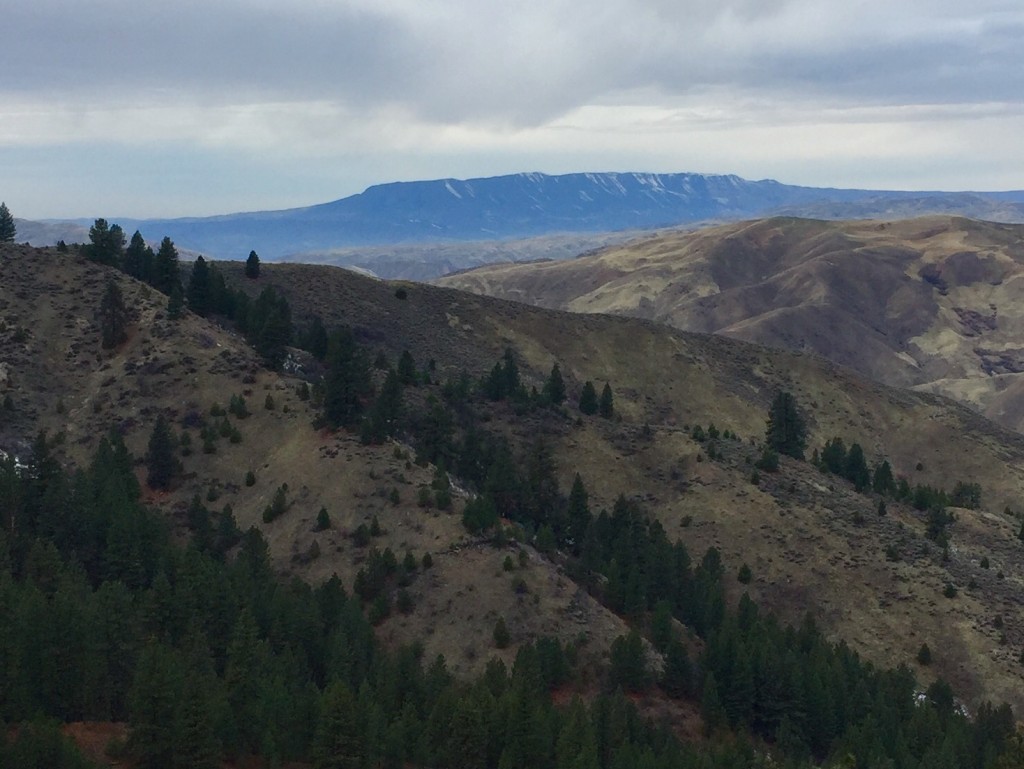 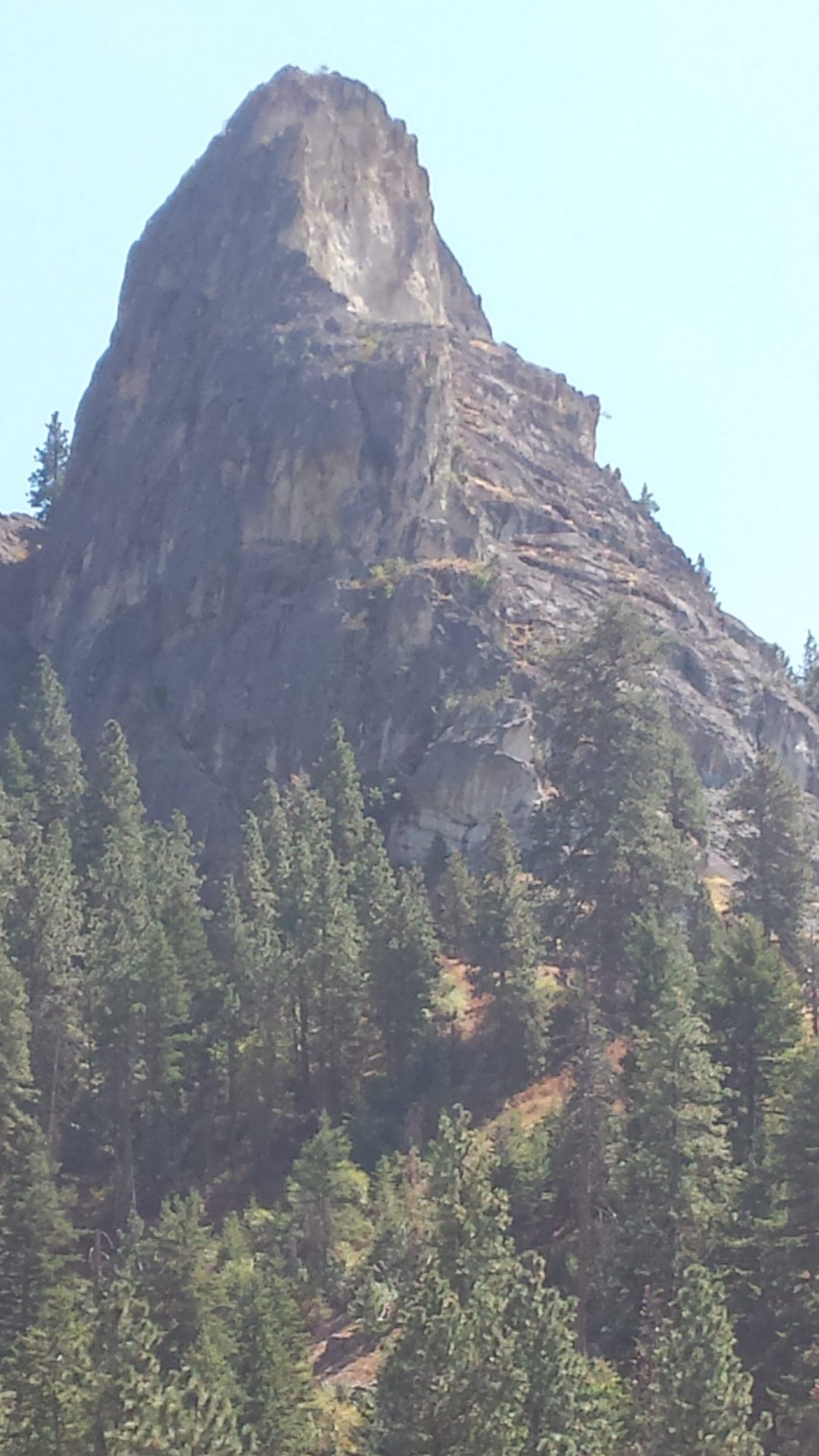 I agree with the other contributors that the final 150 feet of this climb is quite adventuresome. I climbed it in 2012 with Jason Mullins. 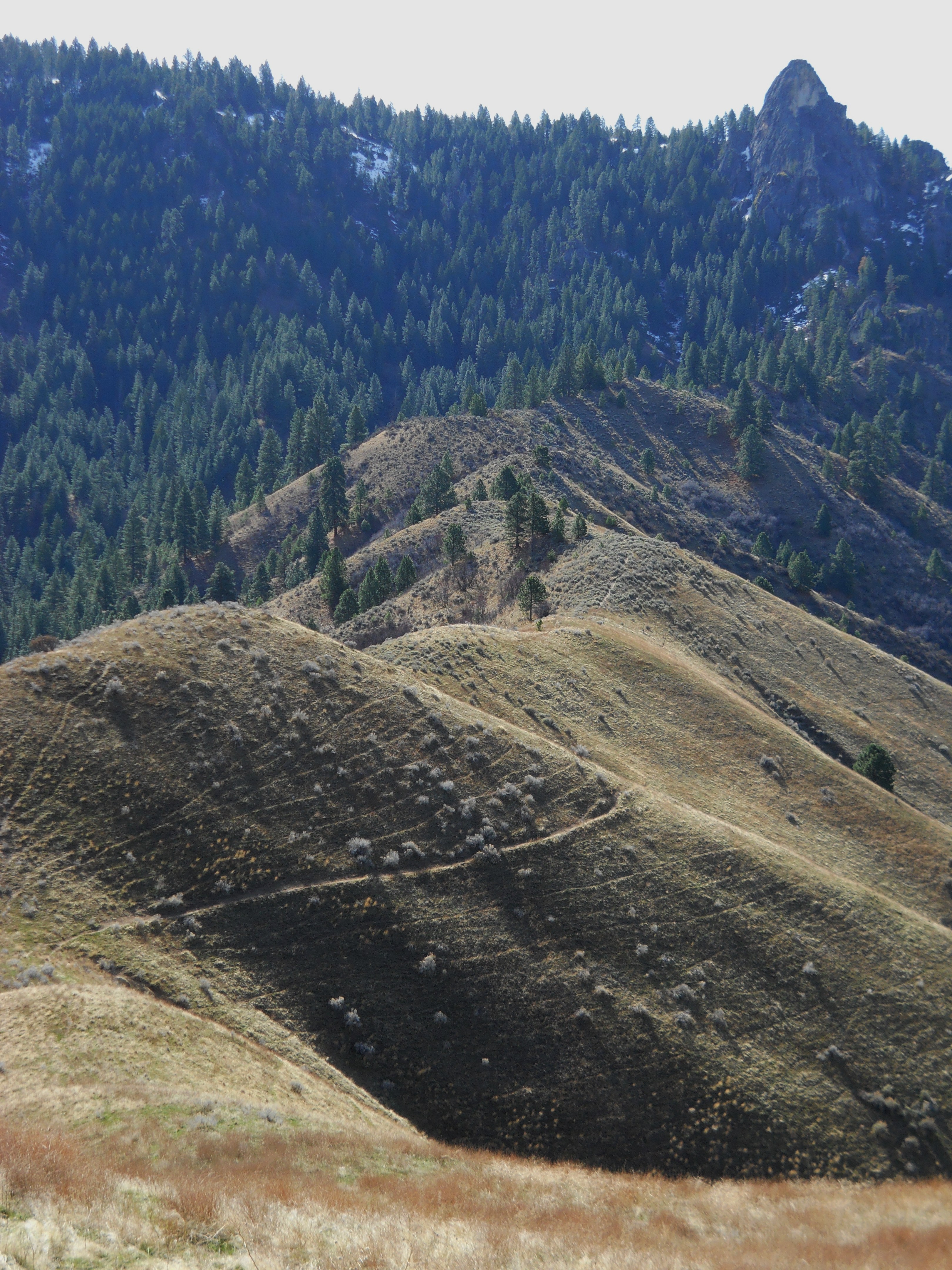 From Harris Creek Road, climb a grassy ridge and pass Castle Rock on the right (West Side). Look back on the South Face of Castle Rock and examine it closely. You are looking for a left/west-facing dihedral on the left side of the face. The dihedral is initially too steep to easily climb. 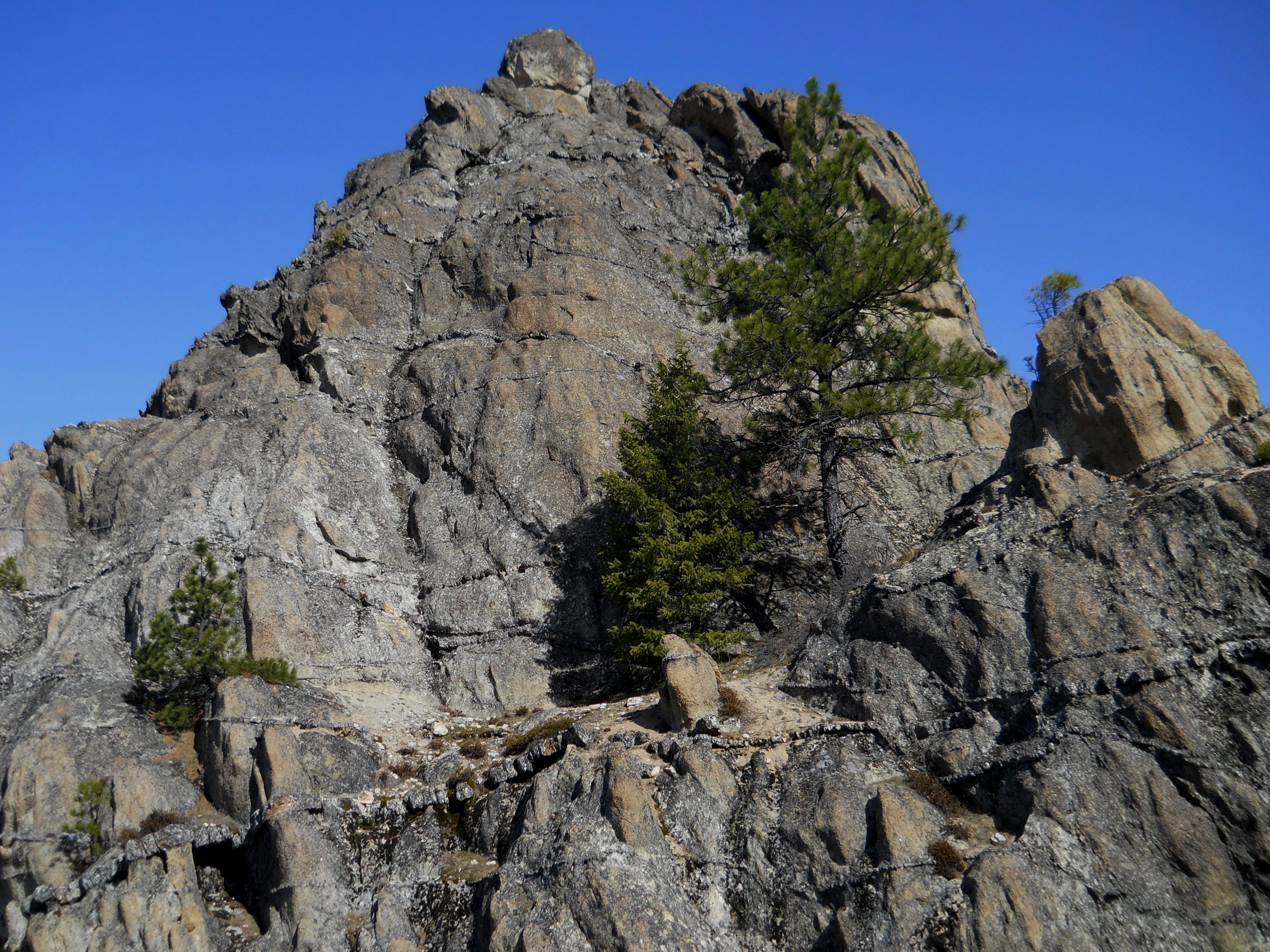 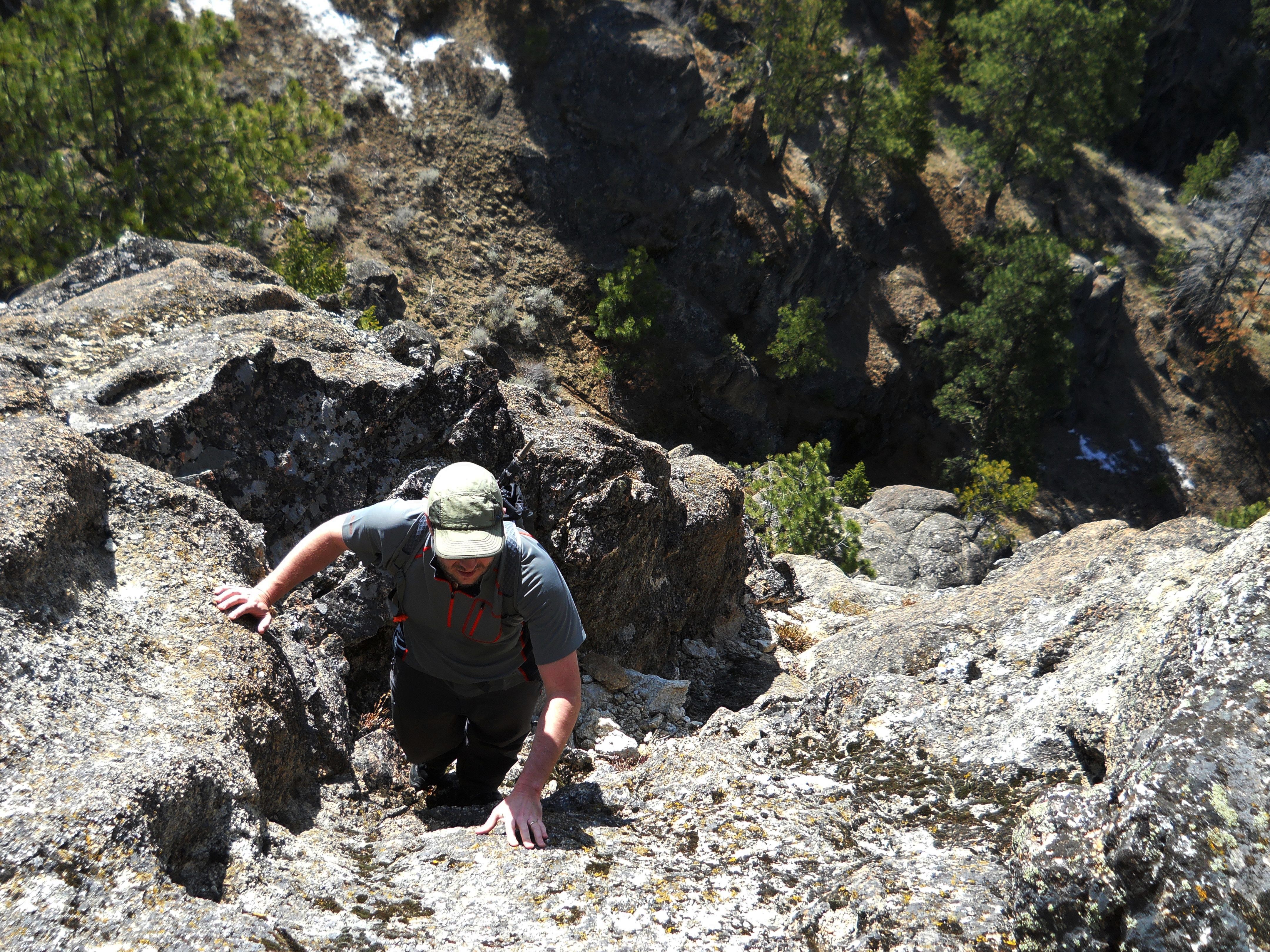 Climb the dihedral to its top and move up and right onto a large ledge with a big drop at your back. The next 10 feet above the ledge requires surmounting an awkward bulge (hard Class 4 or easy Class 5). The bulge is the crux of the climb and is scary due to its exposure. 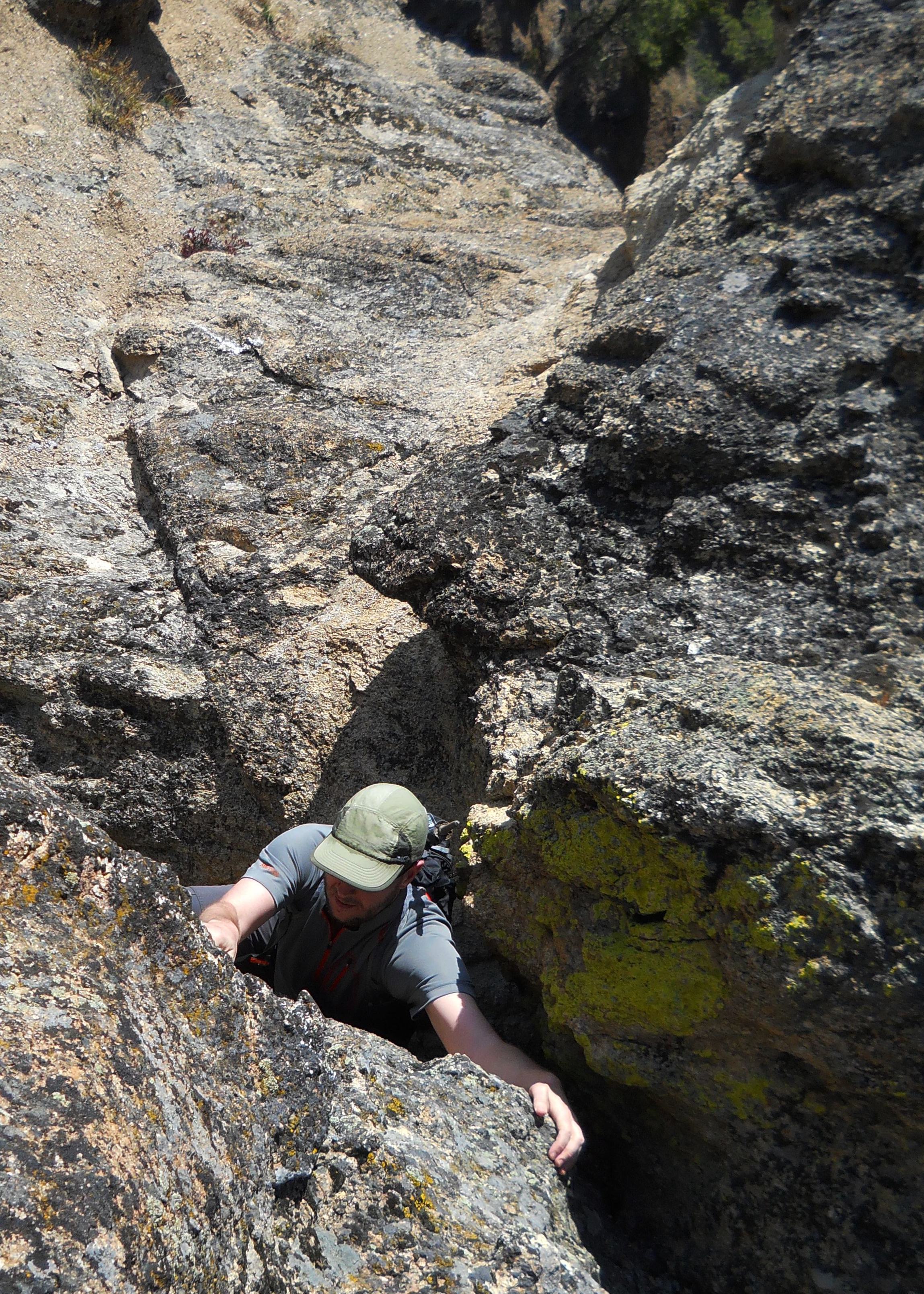 We were seriously contemplating backing off at this point. But vanity prevailed over common sense and we continued unroped past the bulge to the nearby summit. A 50 foot (or longer) rope with a few slings and cams would make this climb less stressful. 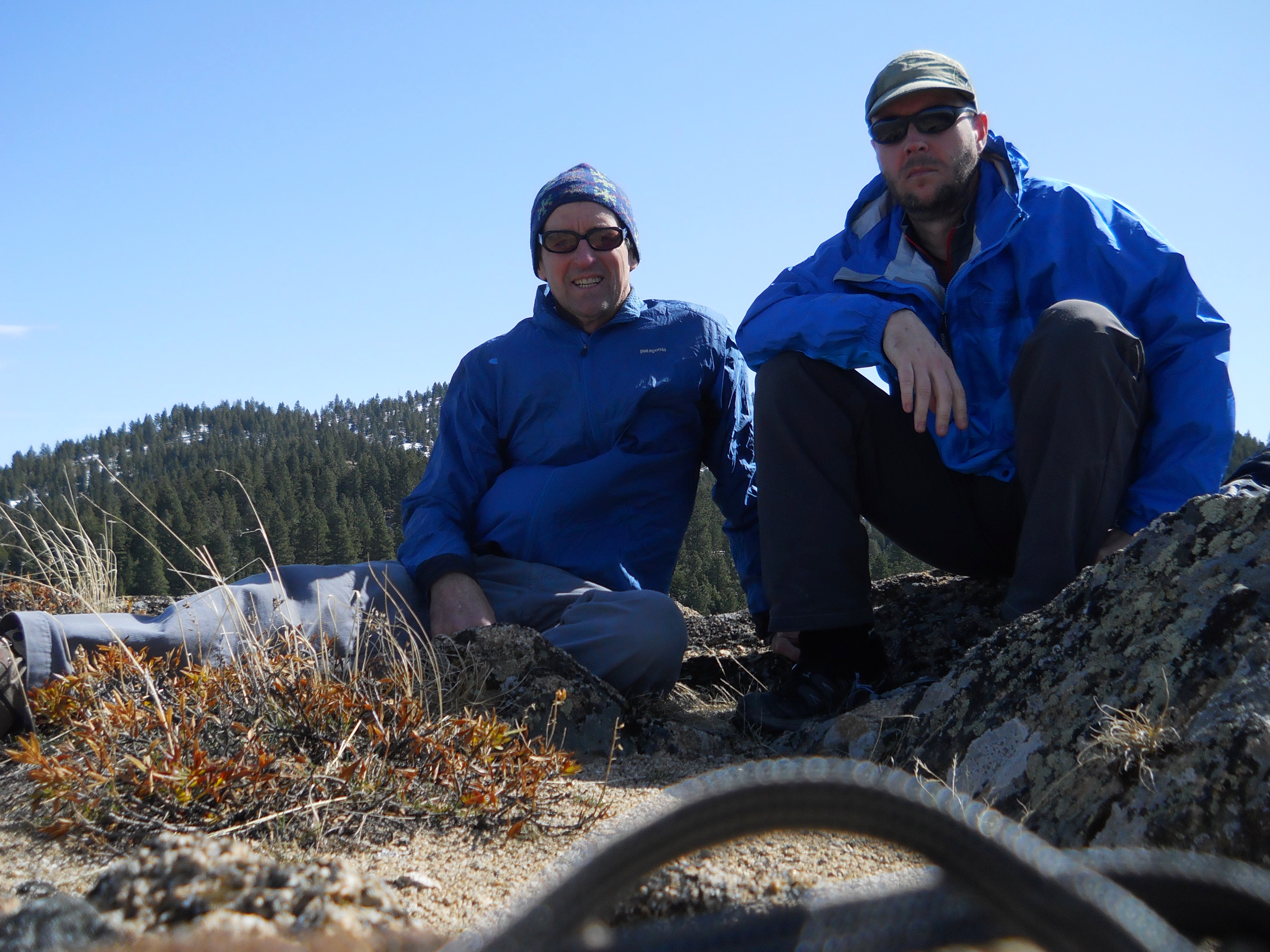