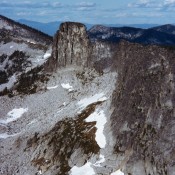 Climbing and access information for this peak is on Pages 40-43 of the book. Also see the 1972 Off-Belay magazine article by Ron Klimko for the climbing history for Chimney Rock. Neil McAvoy guided on the rock in the late 1950s and early 1960s.

Chimney Rock is one of Idaho’s most distinctive summits. I climbed it in 1984 and met Everest climber Jim States of Spokane when he passed me as he roared up the Standard Route. The peak is popular with Spokane climbers and will be covered with climbers on Summer weekends. All routes to the summit are technical. The book has a lot of information on the pioneering climbing efforts on Pages 40-43.

There are six routes set forth in the book and at least another two dozen routes and/or route variations on this spectacular peak. The West Face standard route is rated YDS 5.3. It is an exposed but not too difficult climb for experienced technical climbers. If you want a more challenging route, you will have lots of lines to choose from. A rock fall event in 2012 destroyed a number of East Face routes. Use the SummitPost link below for additional information on routes not found in the book and on the destroyed routes. 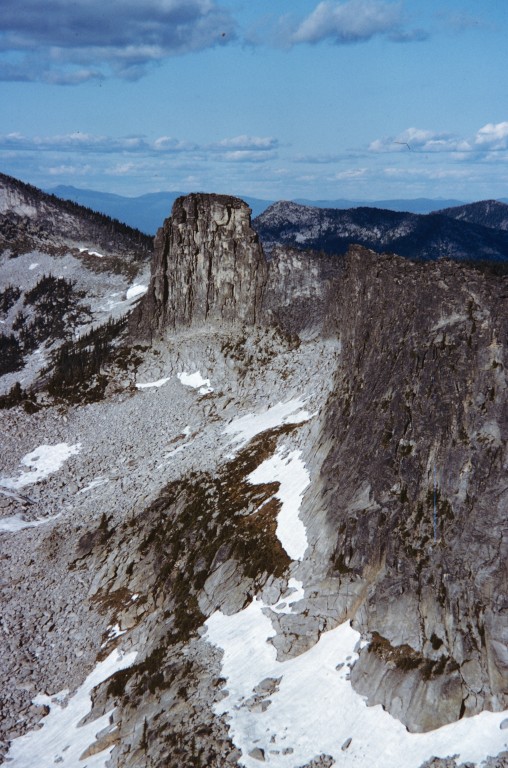 I believe that most people access the peak from the west. The western approach is found in the book. I recently received an updated description of the eastern approach but I have not used it.

Take US-2/95 north from Sandpoint, Idaho for 10 miles and turn west onto Pack River Road/FSR-231. Follow this road for 17.1 miles to a junction with FSR-2653. Turn left onto FSR-2653. This road leads south and then west up the Chimney Creek drainage. Like much of Idaho’s Selkirk access routes, the trail is an old logging road. Little or no maintenance can be expected. I am told that when the trail tread becomes obscure, you can find cairns to direct you through meadows and across exposed granite. USGS Mount Roothaan 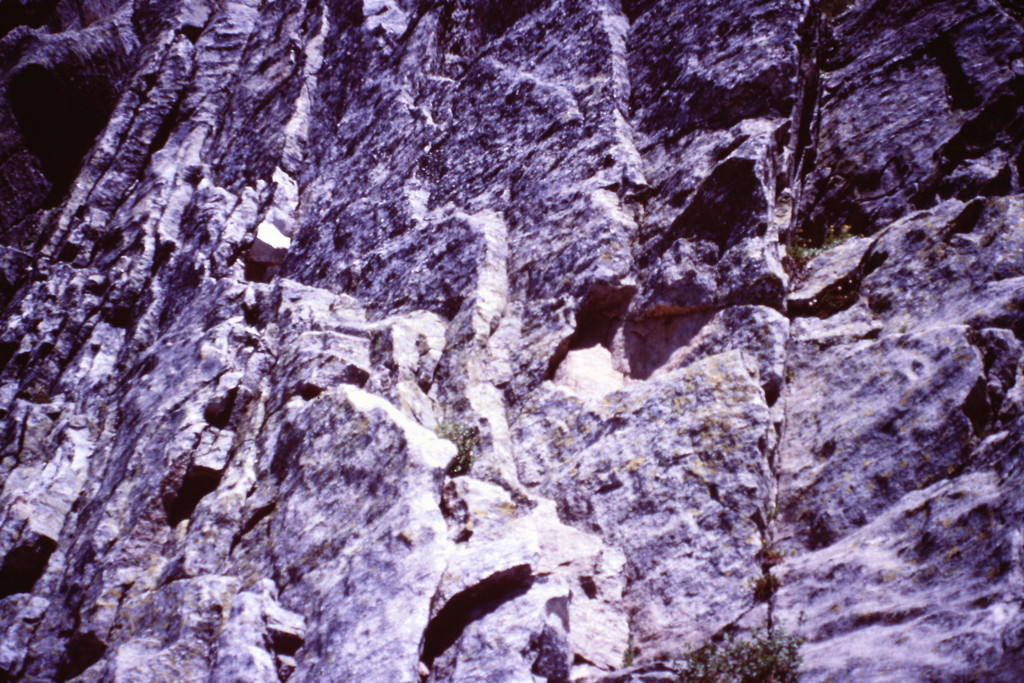 The Standard Route starts at this point on the West Face. 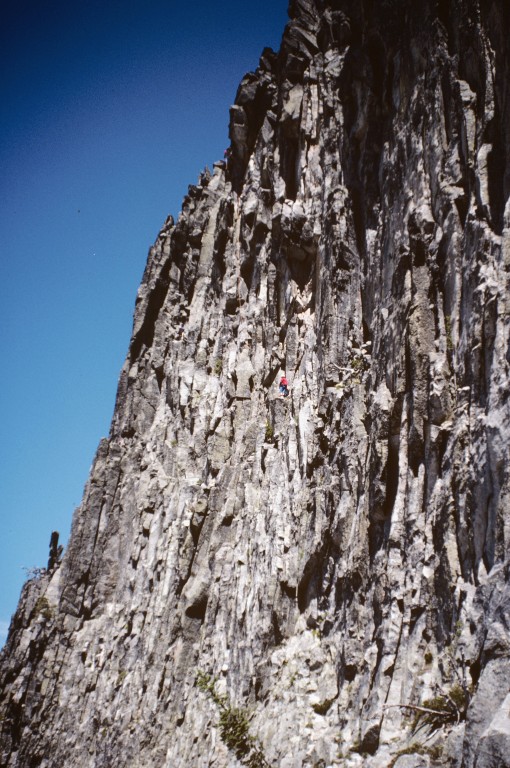 The Standard Route climbs from the bottom center to the top center of this photo. 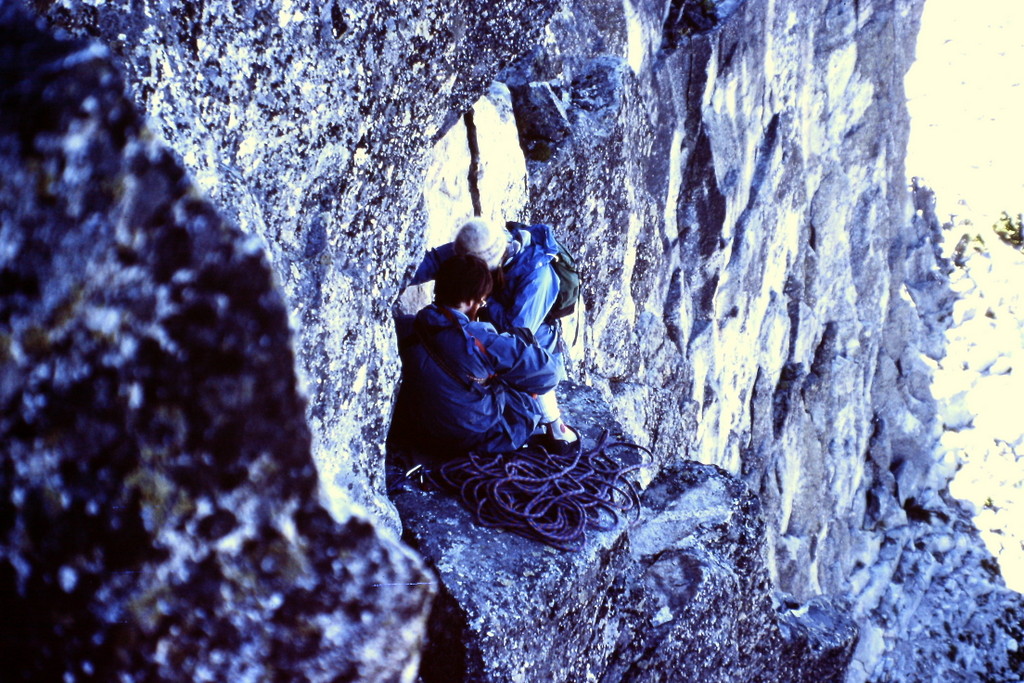 Even in 1984, the Standard Route would get congested in early morning. This photo is at the first belay station, showing one team passing another team. 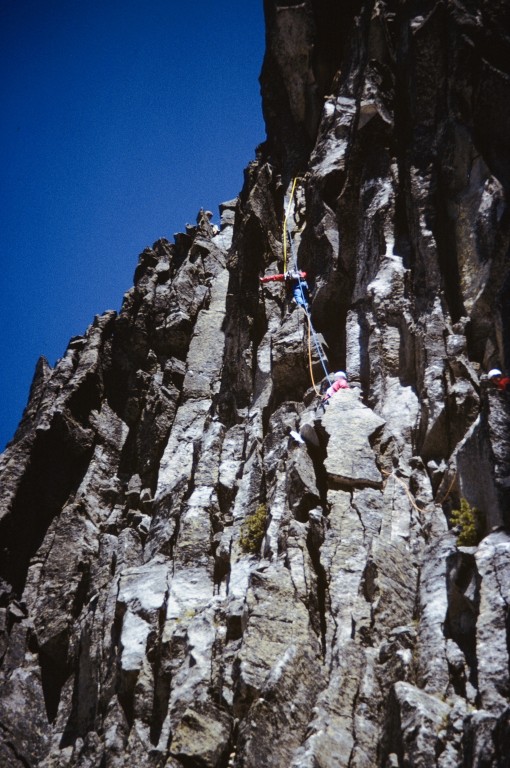 The second pitch of the Standard Route. 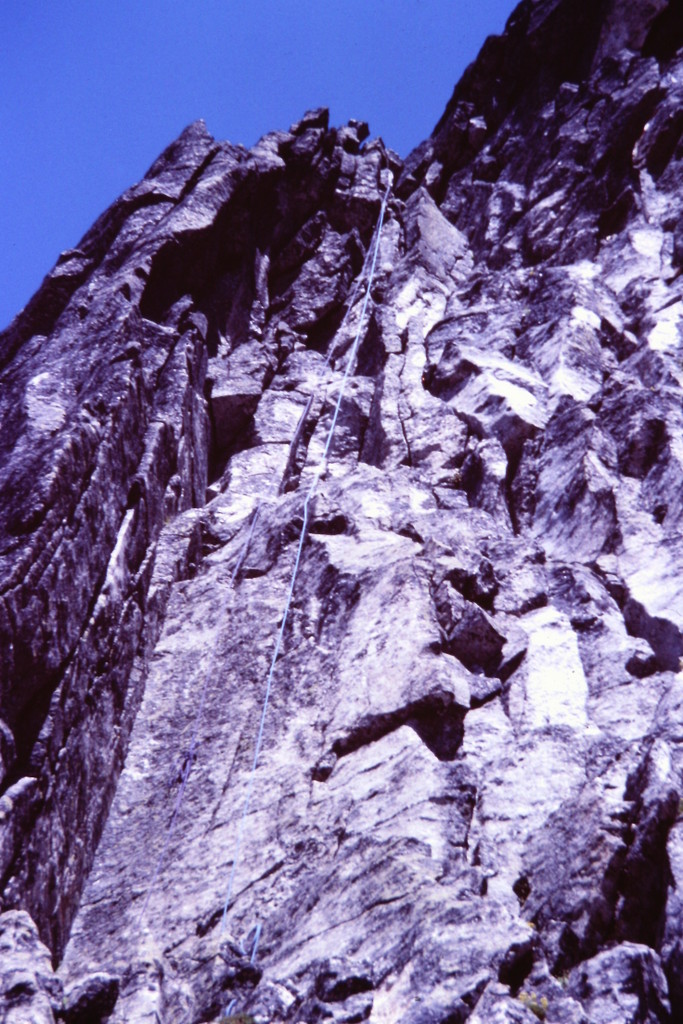 This photo shows the Rappel Chimney [Route (2) in the book]. 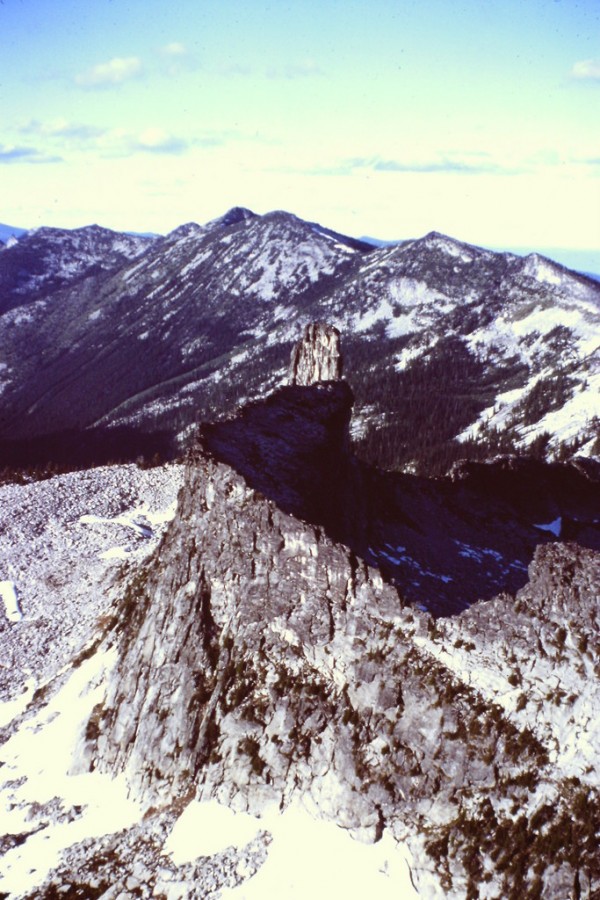 Chimney Rock as viewed from the south. 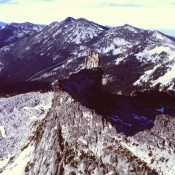 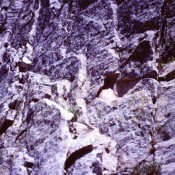 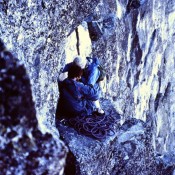