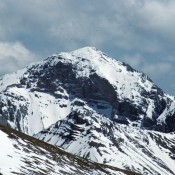 Climbing and access information for this peak is on Page 308 of the book. This update includes a lot of photos as well as information on climbing the peak from the west. Dan Paulson provided a photo essay showing the entire East Ridge Route. Use the link below to read Rick Baugher’s  discussion of the peak’s early history. 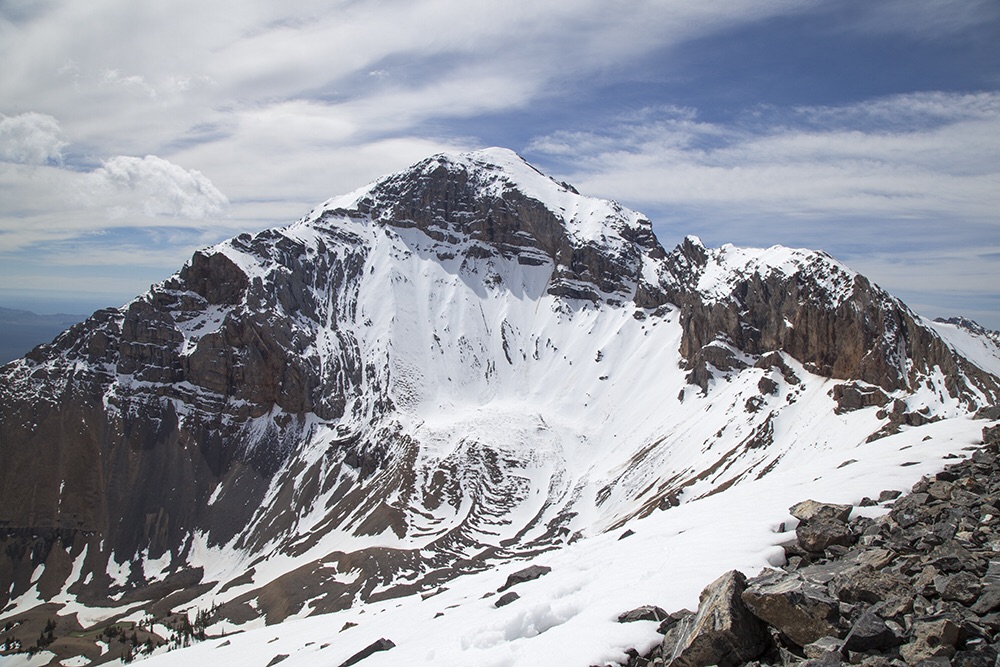 Back in 1981, when I climbed the peak, no one was talking about climbing all of the 12,000-foot Idaho peaks. Consequently, Diamond Peak was seldom climbed. Since that time, the peak has gained in popularity, especially among the 12ers, because of its straightforward eastern approach, its proximity to cities on in Eastern Idaho (Idaho Falls, Rexburg, and Pocatello), and growth of outdoor recreation programs at BYU-Idaho and Idaho State University.

The peak’s East Ridge is the standard route. It is a classic line that should not be overlooked. I have included a few photos from my 1981 climb of that route below. Farther down, you will find the entire route documented in a photo essay by Dan Paulson. Please also see Larry Prescott’s excellent photo essay on the East Ridge Route.

From Idaho SR 28, take the signed Pass Creek Road (north of Blue Dome site) westward. At 1.8 miles, a fork to the right immediately fords Pass Creek and climbs above the creek, then turns north. Follow the main track keeping right at 3.4 miles and passing through a gate. Stay on the main track as it winds northerly and westerly, and enters Targhee National Forest (gate and sign) at about 6 miles. Half a mile further, you are in Section 29 (see the 1987 Diamond Peak 7-1/2″ quad) at the 4WD junction from the road.

From here, the high clearance road becomes rough jeep tracks. The routes have numbered signs, which I did not write down. You want to head south, keep left at the first junction, cross the North Fork Pass Creek (dry when we were there, and the mapped 4WD tracks up and down the creek were obscure) and climb up to the south. Turn right in the lower middle of Section 32. We followed this track to the closed 8000′ contour and parked there; there is a sign in the immediately adjacent saddle indicating “RTE CLOSED” beyond this point. This drive was definitely 4WD only, and a passenger sedan might not have got beyond the 1.8 mile mark.

This is the Standard Route. The top half of the route is a sustained Class 3 climb. Stay as close as possible to the ridge crest—as the terrain on both sides of the crest quickly becomes Class 5 difficulty. BE CAREFUL 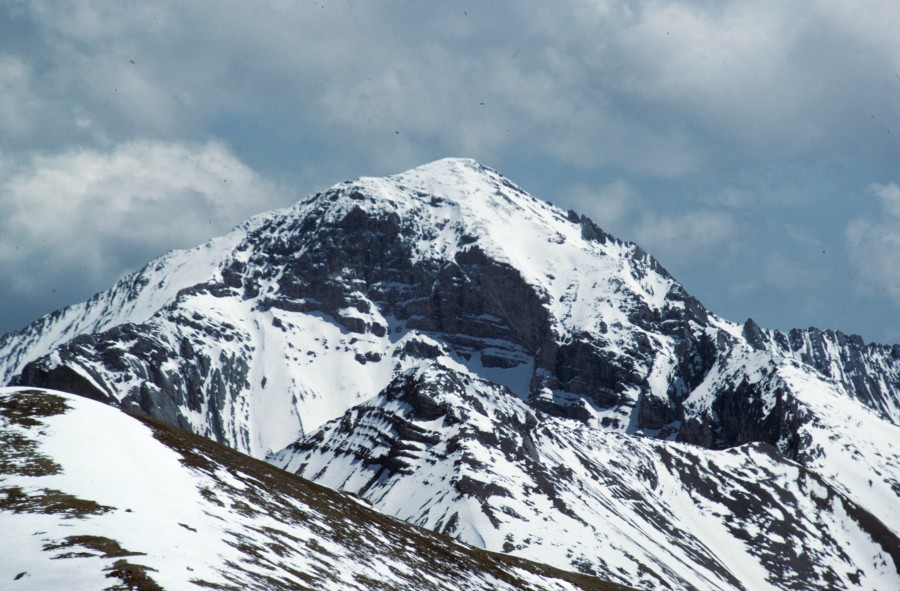 The West Face of Diamond Peak on the day before my November 1981 climb. 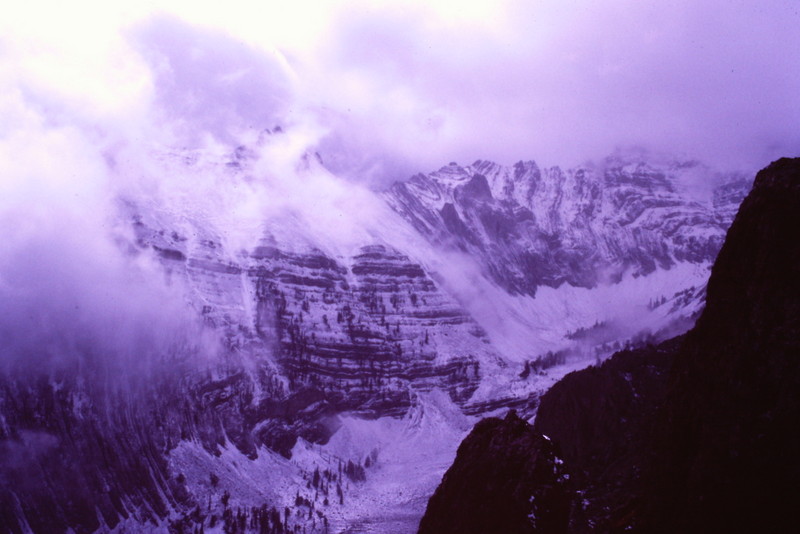 It was almost Winter when we climbed the peak. Though there was a lot of snow in the canyon to the south, the East Ridge was blown mostly clear of snow. 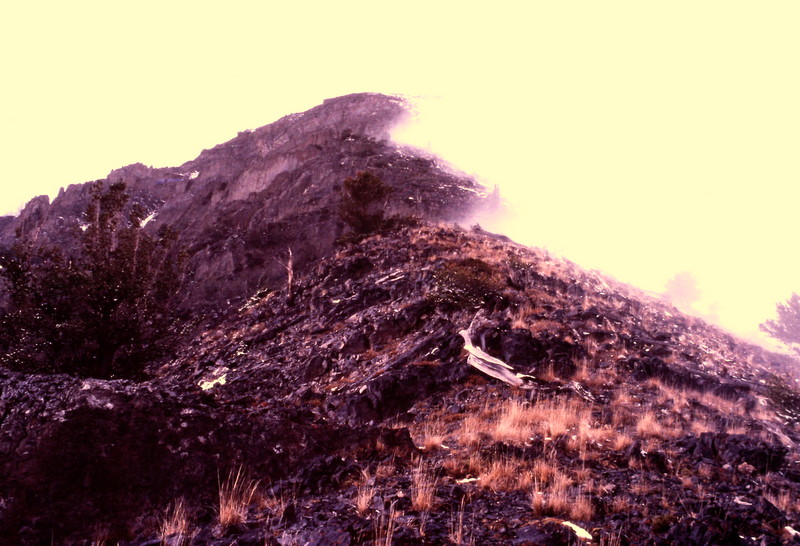 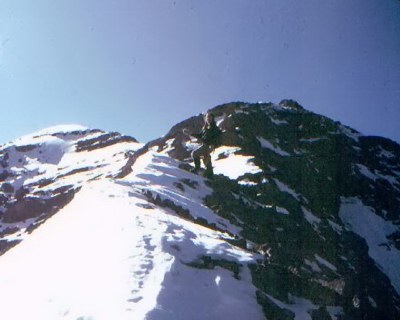 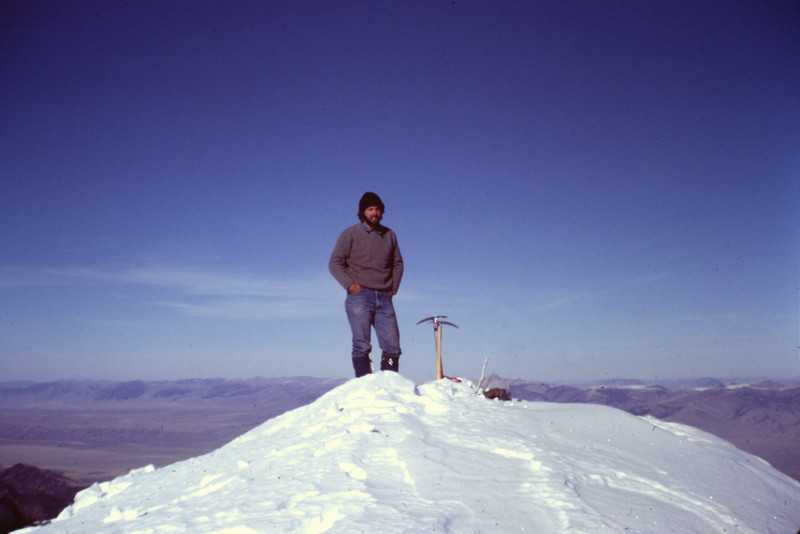 The summit of Diamond Peak (November 1981). Notice the climbing attire of the day. 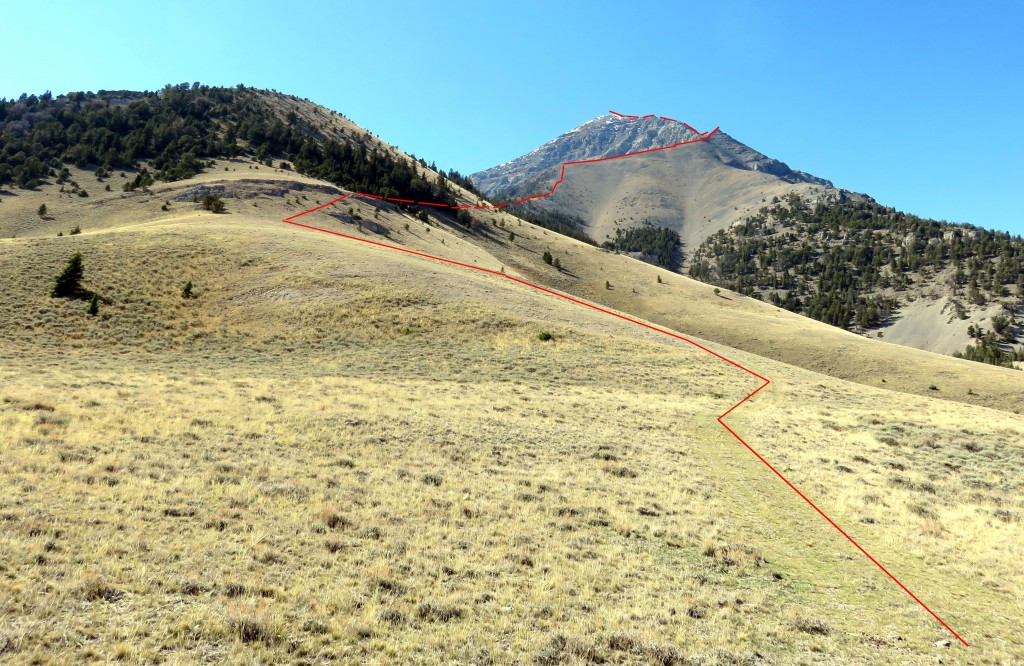 The East Ridge Route begins by climbing out of the Birch Creek Valley. 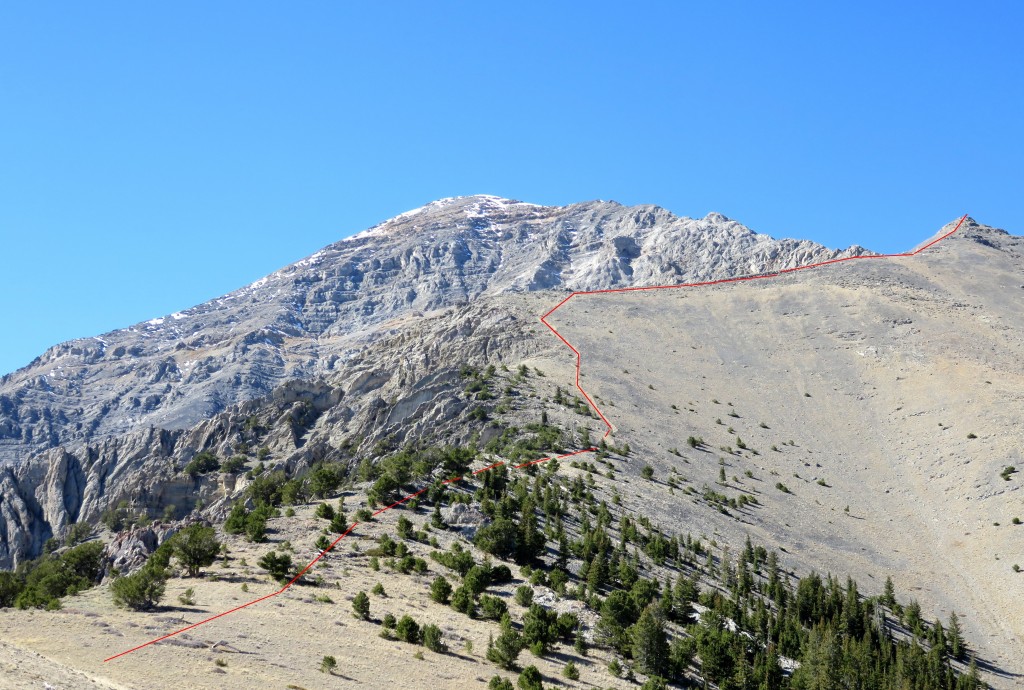 Another view of the lower route in the foreground. The Upper East Ridge is on the skyline climbing from right to left. Dan notes: “Once you find your way through the trees and get into the saddle where you finally get a good view of The Riddler, this is what you see when you look at your path. Follow the best way through the trees to the start of the trail up the talus slope. This is a fairly short talus slope. The ridgeline is less steep and more firm once you top out above the talus.” 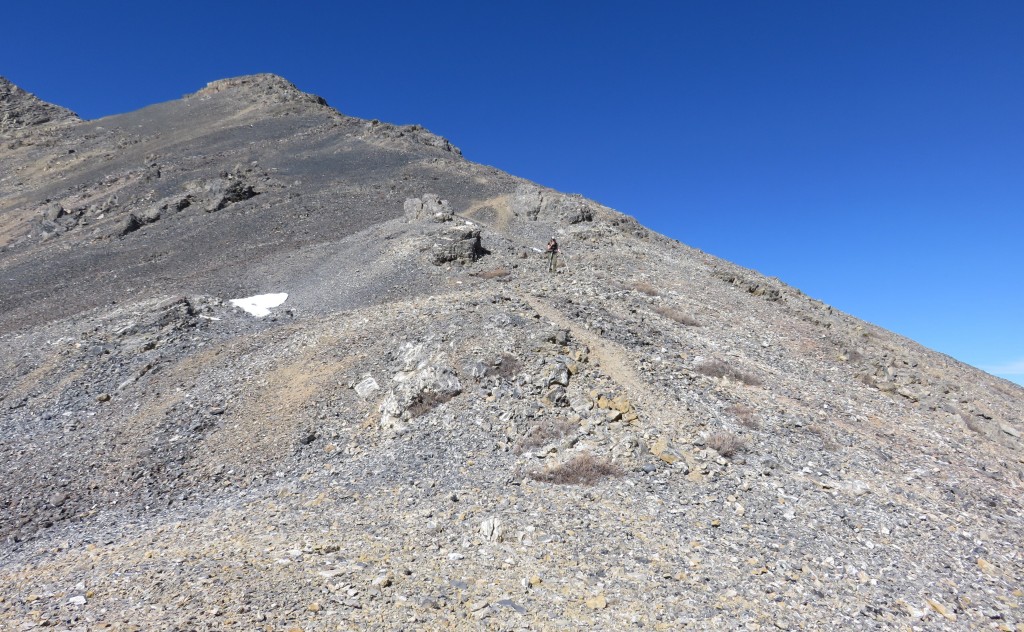 The ridge is a talus slog in its mid-section. 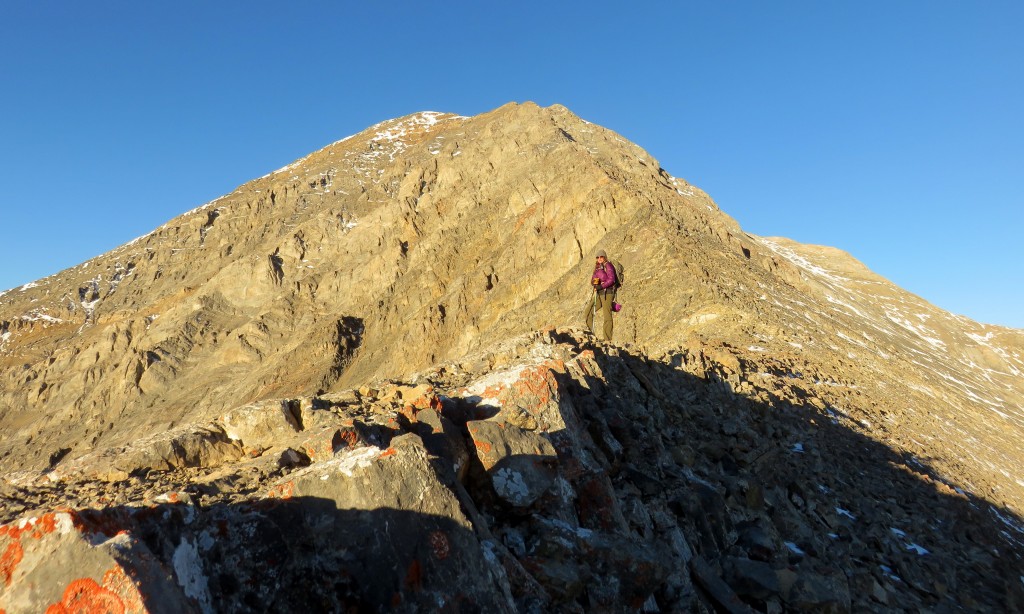 Moving up the East Ridge. 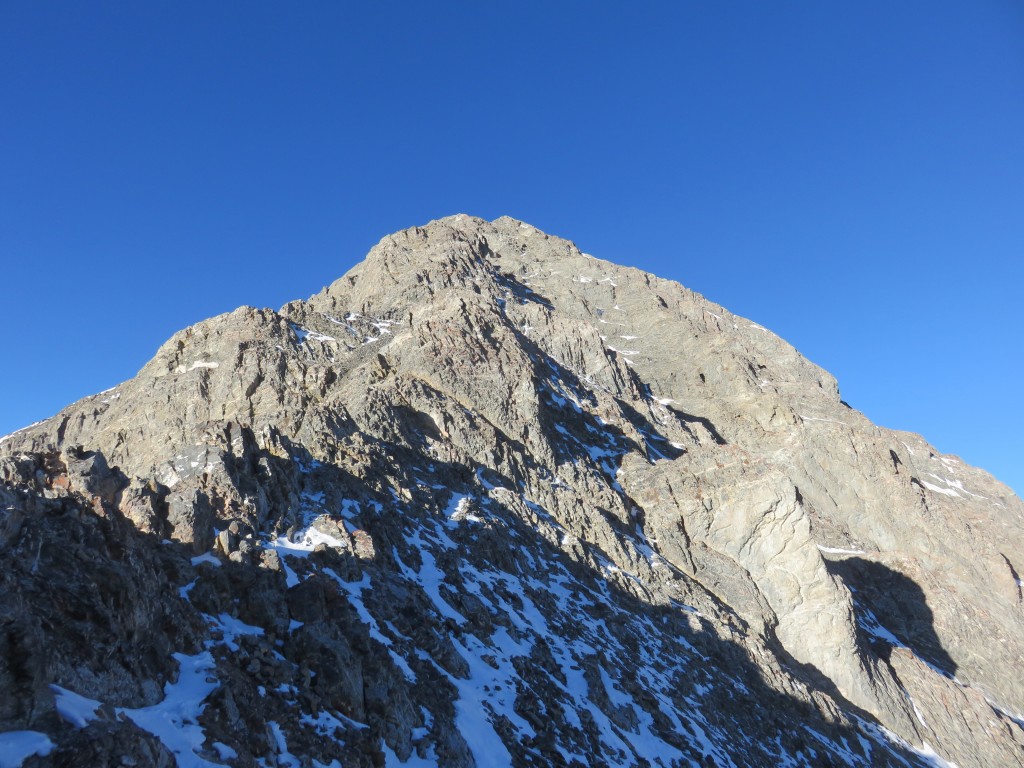 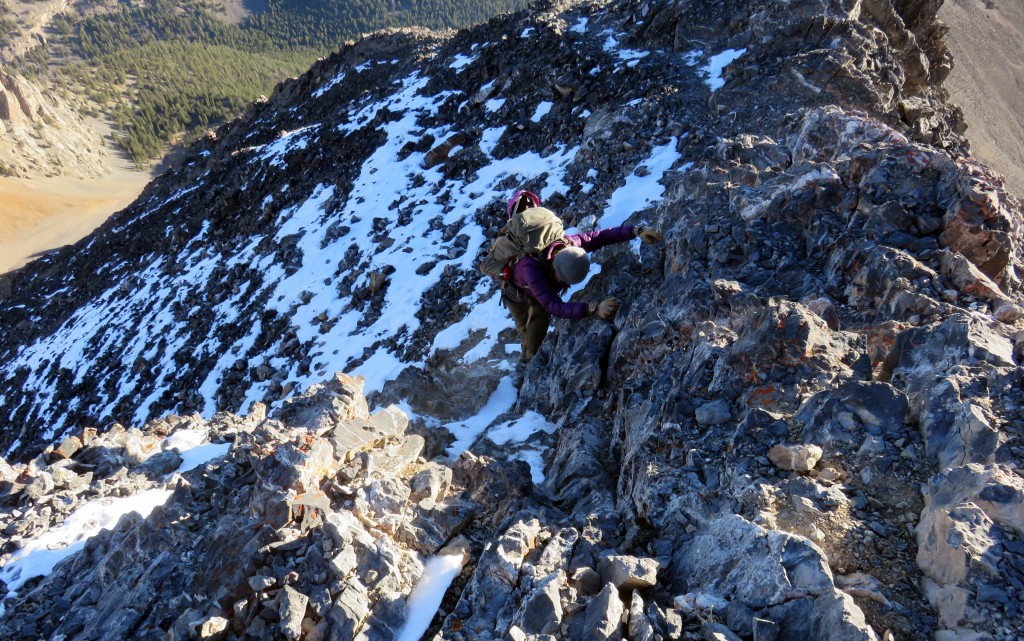 The Upper East Ridge is a rocky rib. You should be able to find a Class 3 route up the ridge, but keep in mind that there is a lot of Class 4 territory. Be careful where you tread. 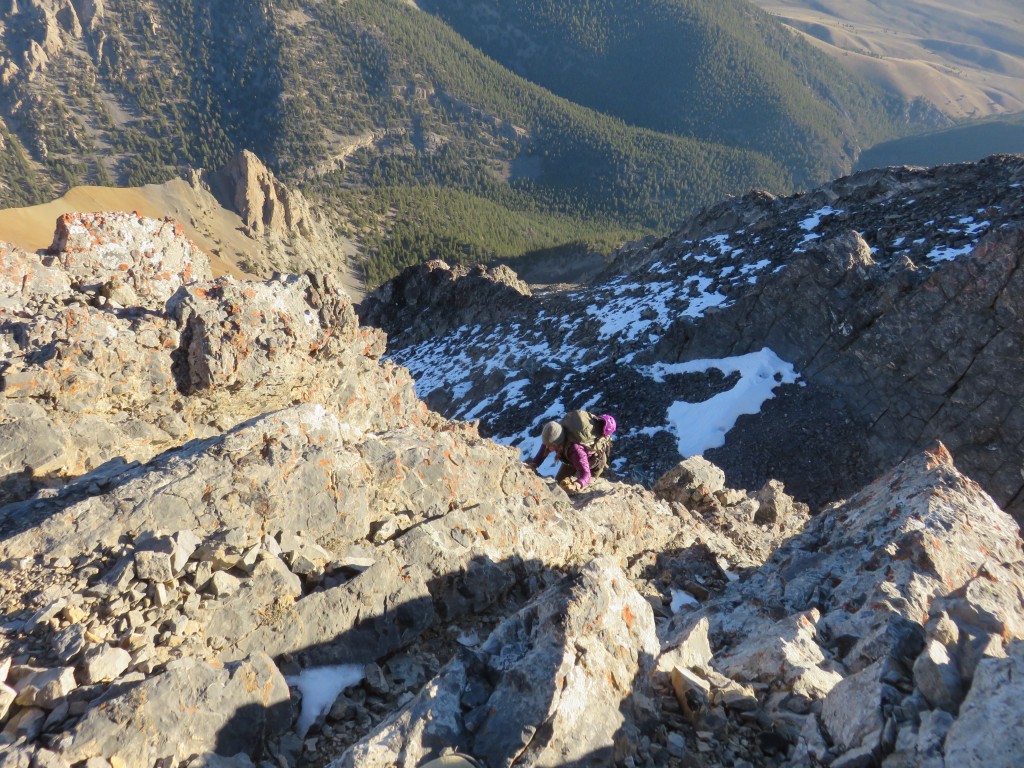 The East Ridge is one of the longest, pure ridge routes in Idaho. 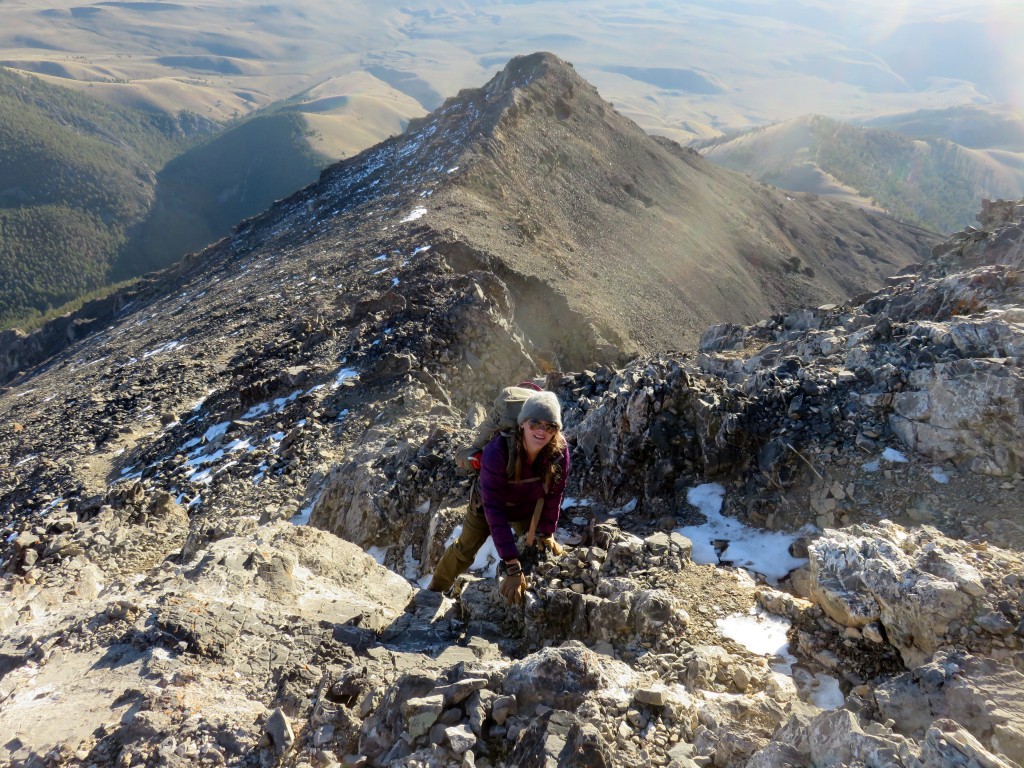 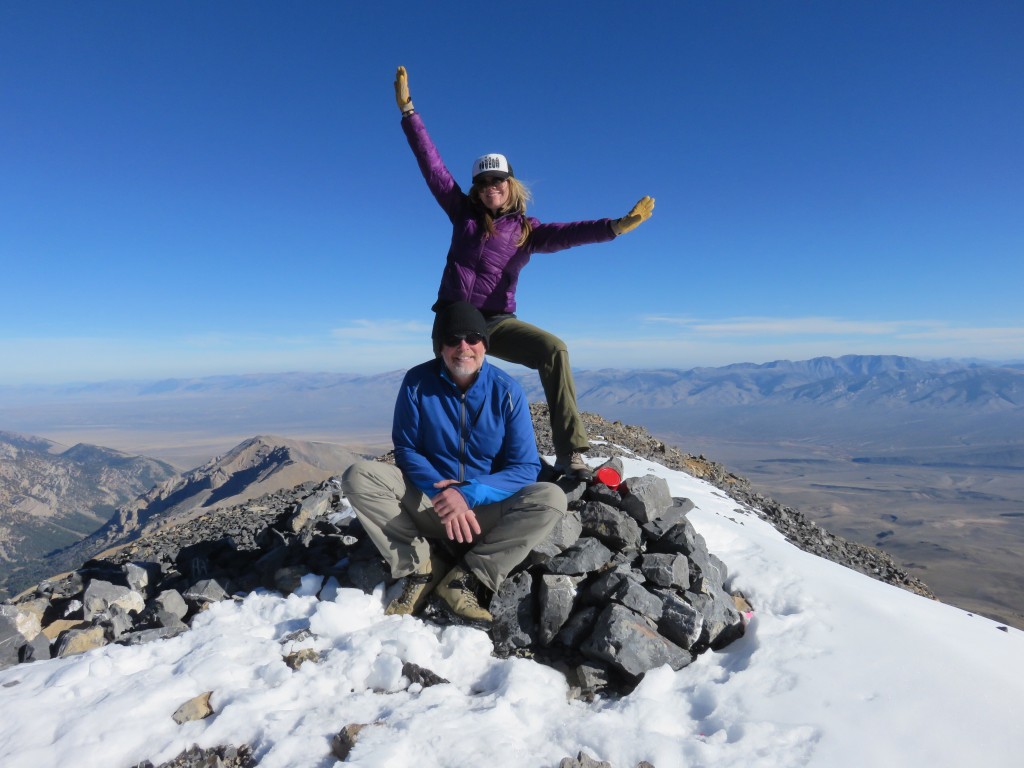 Dan Paulson and Misty Broesicke on the summit.

Not many people climb the peak from the west because it involves a steep scree climb. Here is a West Side Route photo courtesy of Zach Vickery. 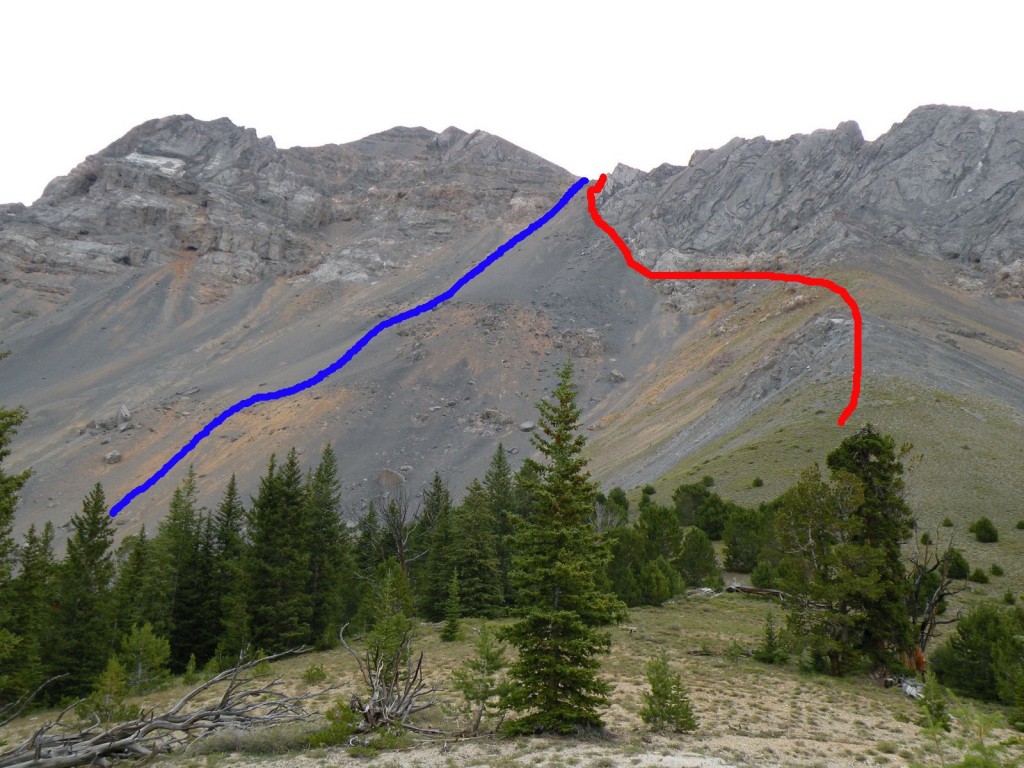 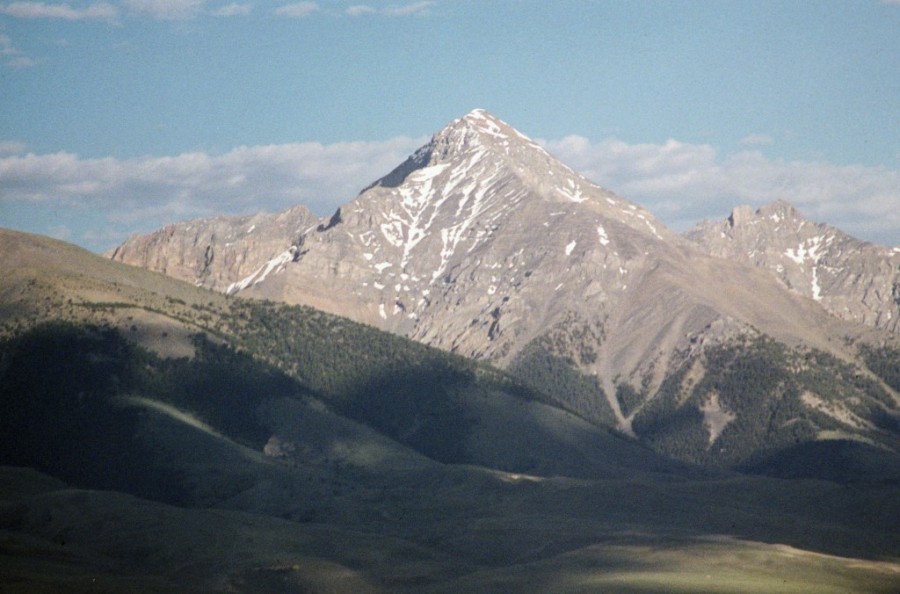 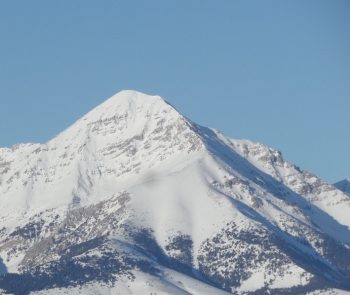