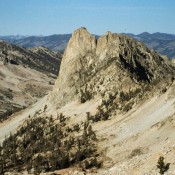 Climbing and access information for this peak is found on pages 200 to 201.

El Capitan towers over the Alice Lake Basin. The East Side Route is not for the faint of heart as it requires a sustained Class 3/3+ endeavor. There has been one climbing fatality on the peak. 1975 Fatality on El Capitan. USGS Snowyside Peak 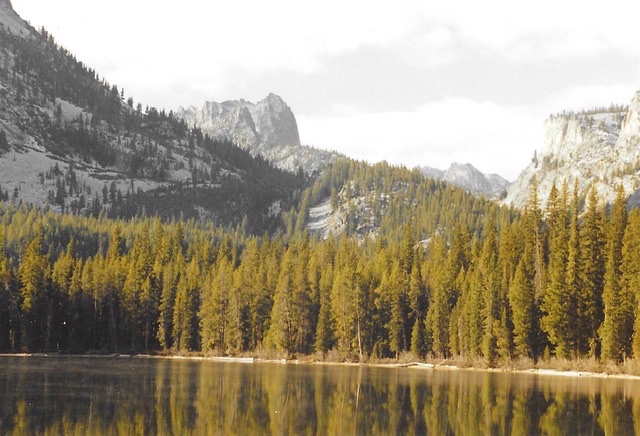 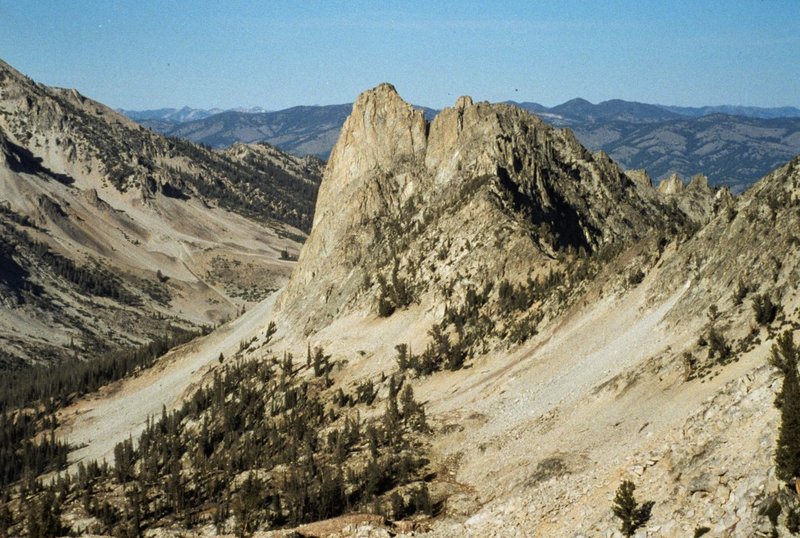 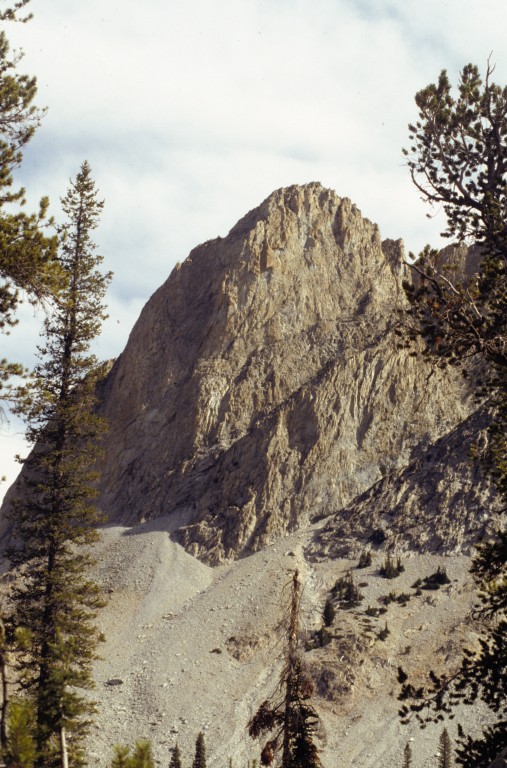 The Class 3 Route up the peak’s East Side involves a lot of climbing. Below are a couple of photos showing the upper portion of the route. 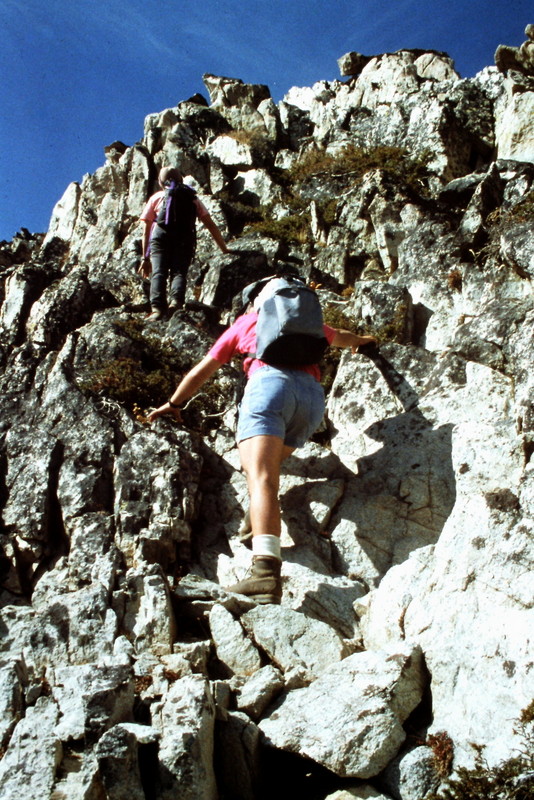 Dana Hansen and Basil Service climbing the upper section of the East Side Route. 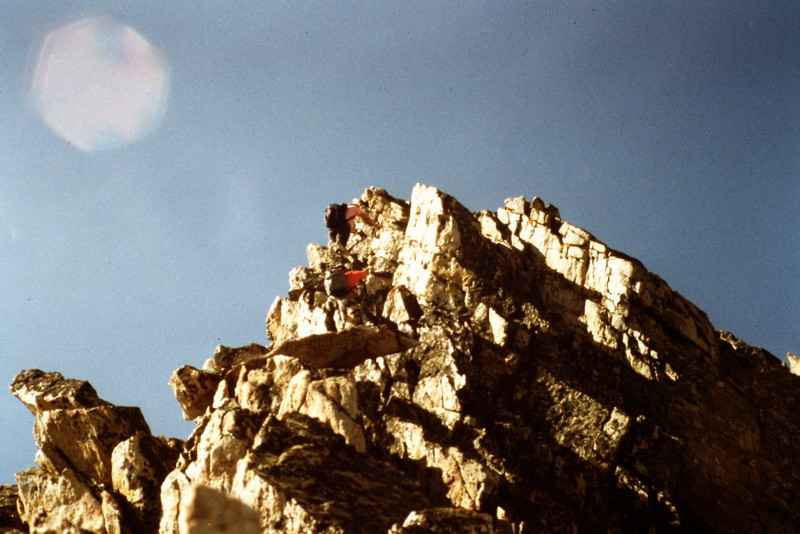 The last section leading to the summit on the East Side Route. This involves Class 3+ climbing with some exposure. 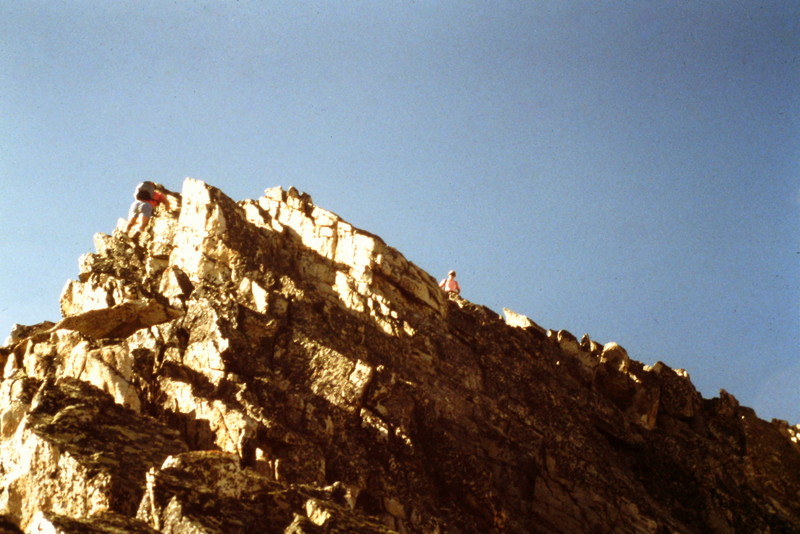 One climber on top and another climber almost there. 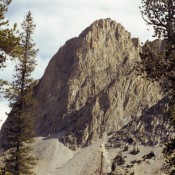 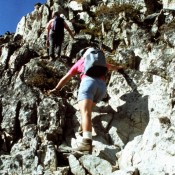 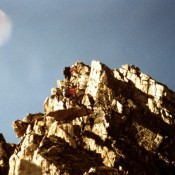 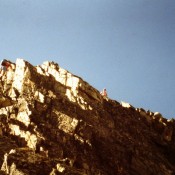