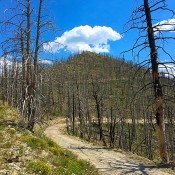 A fire lookout was placed on the summit of Fly Creek Point in 1935 and was still occasionally used well into the 1960s. The lookout was reportedly burned by vandals in 1993. As you might expect, the views from the summit are massive. The access road crosses the peak’s South Slopes at 8,600 feet. The old unmaintained road to the lookout makes an ascent to the summit an easy Class 1 walk. This is an easy prize for peakbaggers, if you survive the drive. USGS Sheldon Peak 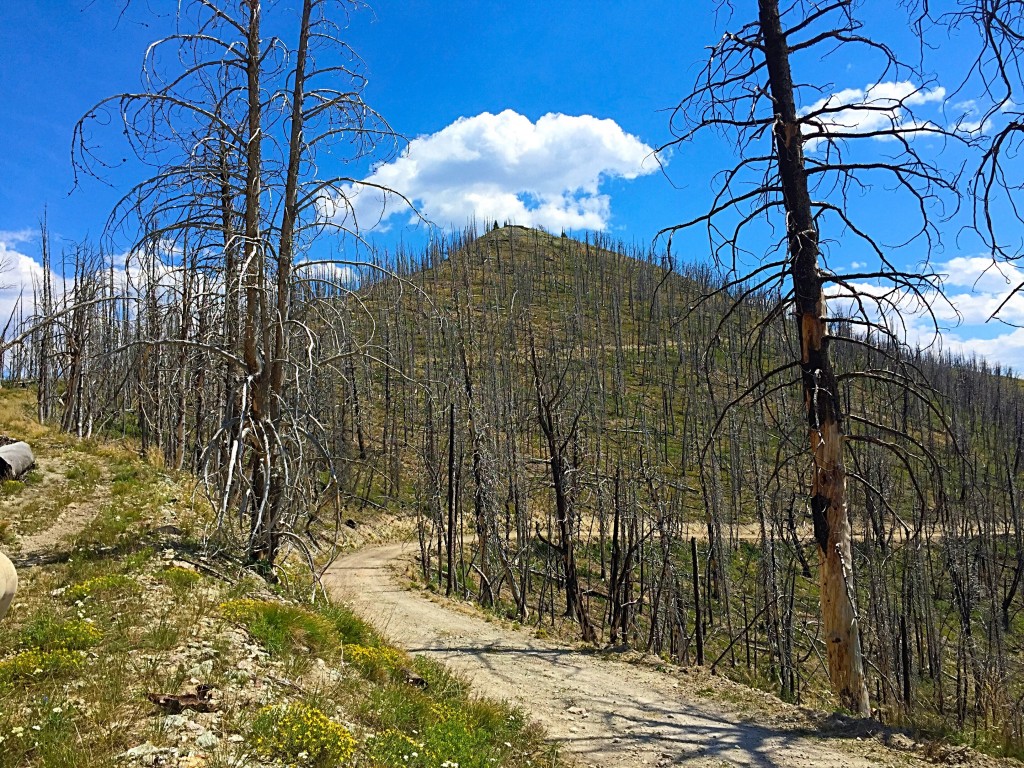 The South Side of Fly Creek Point as viewed from Sleeping Deer Mountain Road. The area was devastated by fire. 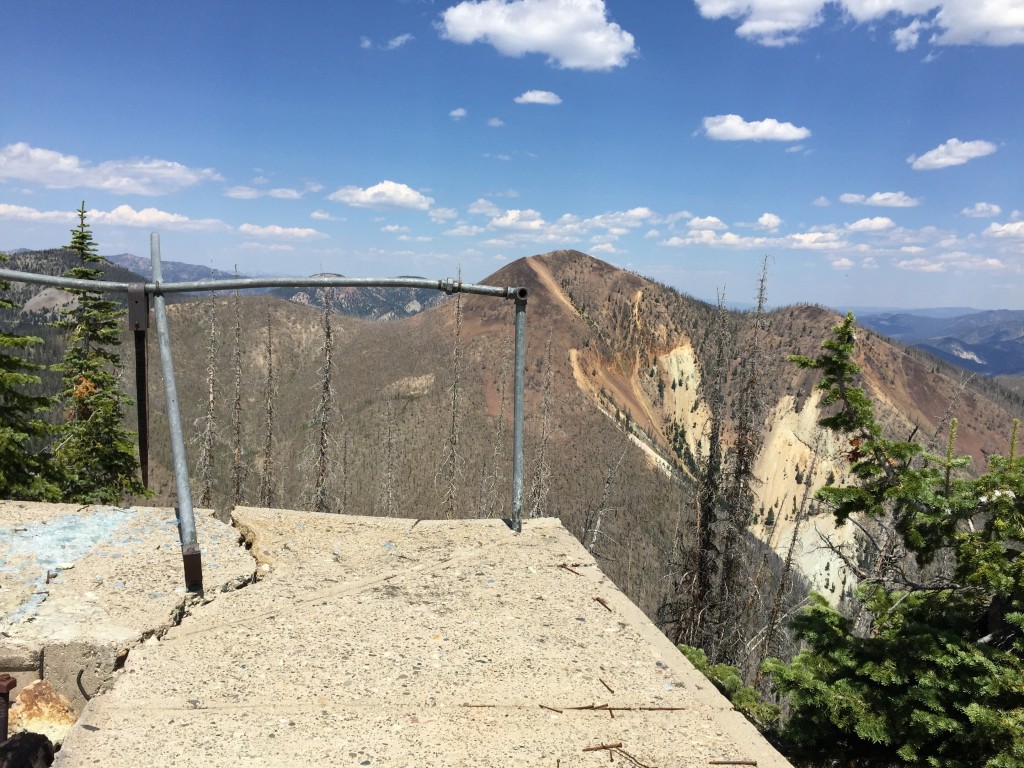 You can see why this peak was once a fire lookout site. The view covers a lot of ground. This shot is looking north. 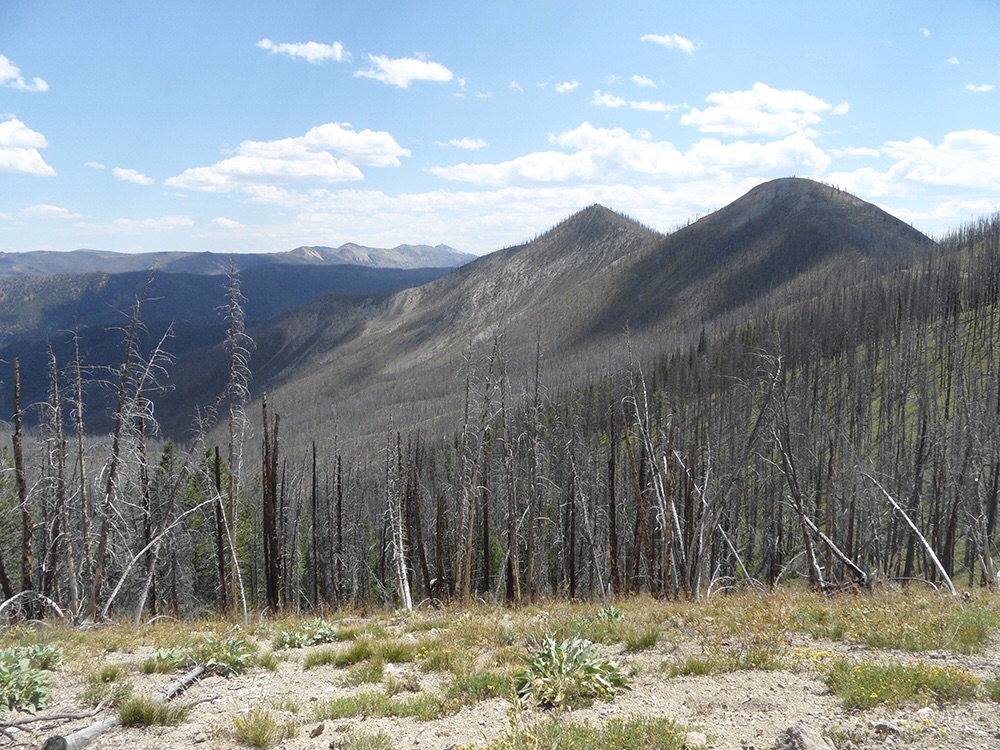 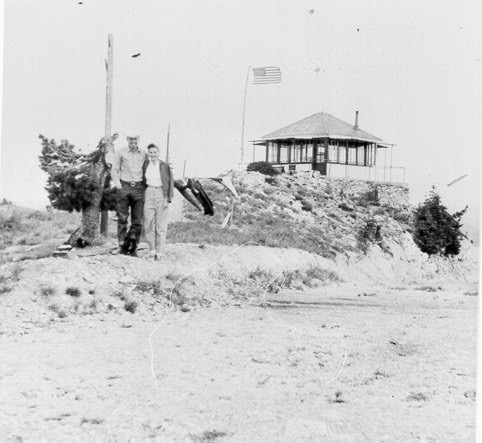 An undated photo from a time when the fire lookout was still in use. USFS Photo