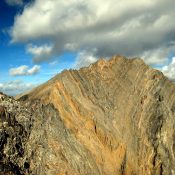 Climbing and access information for this peak, formerly Gooseberry Peak, is on Page 267 of the book. Livingston Douglas provided the additional comments and photos and Brett Sergenian provided his GPS track that you will find below. Updated November 2021

Mount Darcy is a complicated summit located above Christian Gulch. I climbed it from Christian Gulch via the East Buttress/South Ridge route with Dana Hansen in 1991. The route is a bit roundabout, but enjoyable and challenging. Please note that there has been one fatality on this route when Michael Darcy fell during a solo climb in 2012. USGS Grouse Creek Mountain 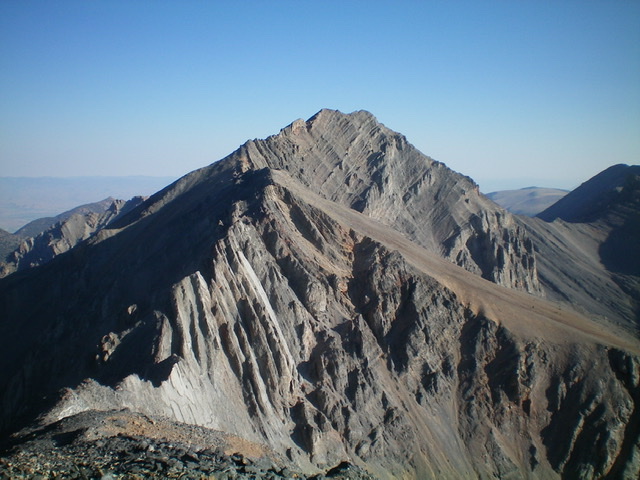 Mount Darcy as viewed from Metaxy Peak to its south. Livingston Douglas Photo

Livingston Douglas provided the following comments on the route:

Thankfully, once atop this knife edge, the terrain is much easier, actually flattening out before a final, easy Class 3 face climb onto the South Ridge. The South Ridge is choppy but it goes as advertised (Class 3).  Stay to the left/west of the ridge crest to avoid any ridge difficulties. Remember that Michael Darcy, a careful and conscientious climber, took a fall about 300 feet below the summit on this very South Ridge and perished from his injuries. So watch your footing here. 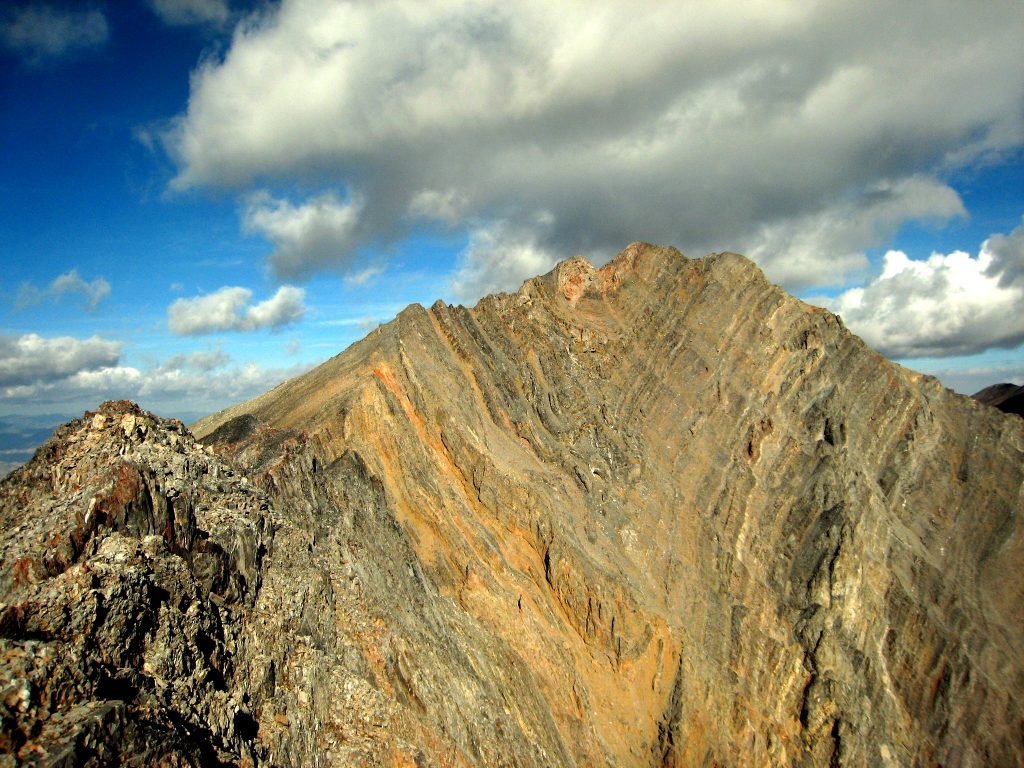 Mount Darcy. The South Ridge is on the left. George Reinier Photo 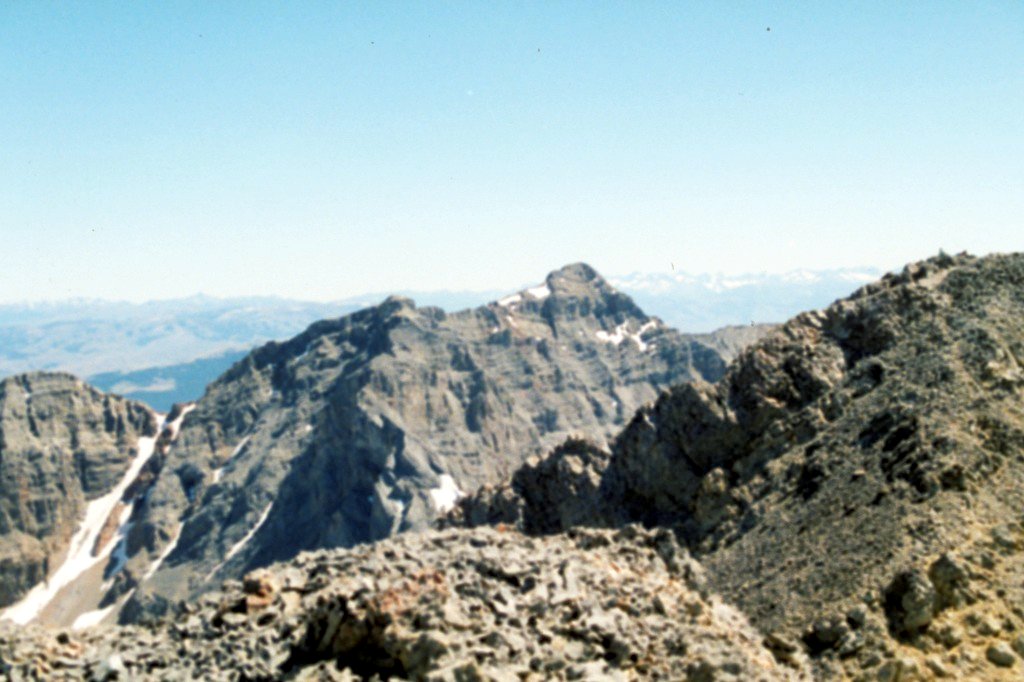 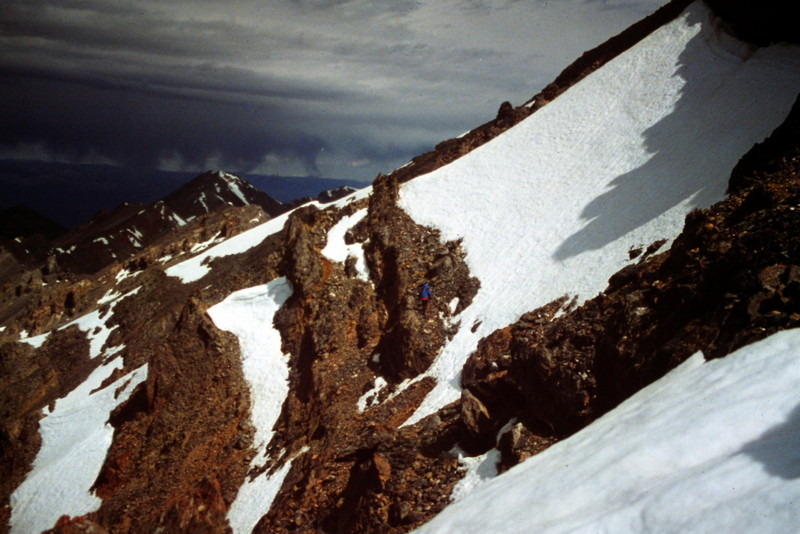 This area on the West Side of the peak’s South Ridge, near the ridge crest, bypasses a tower blocking the ridge and was the most convoluted area we crossed. 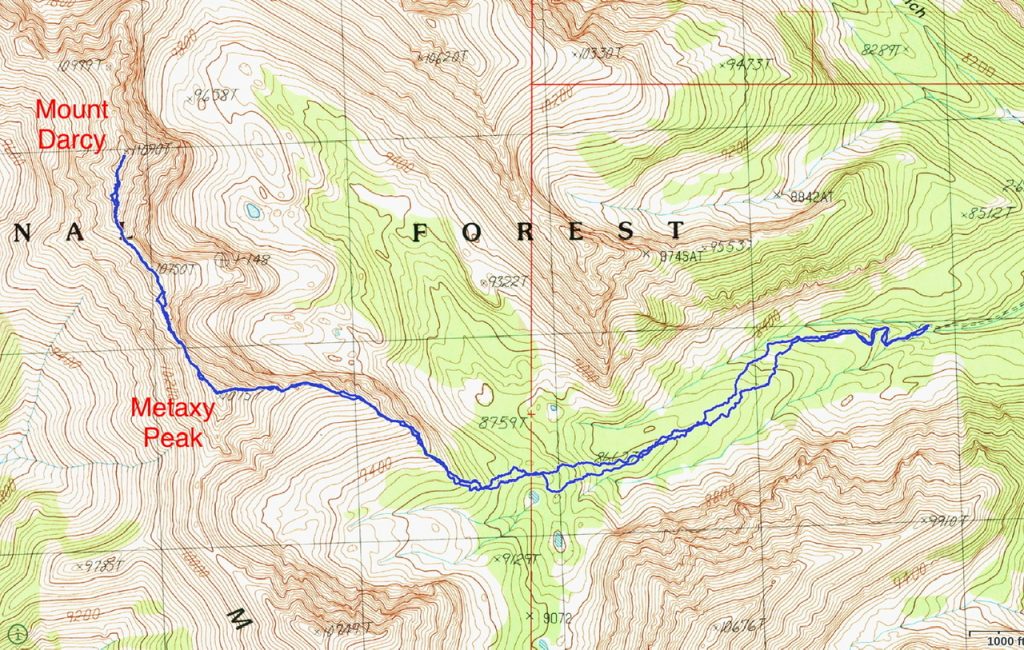 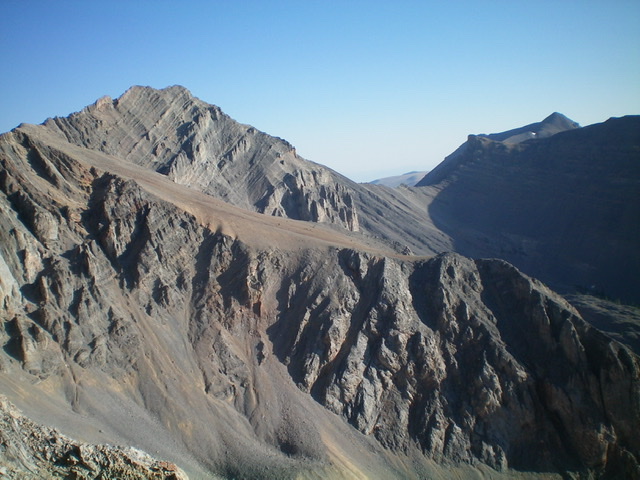 Mount Darcy (summit is left of center) and its east buttress (mid-ground, diagonal). The lower part of the east buttress (some of which is out of the camera’s view to the right) is rocky and STEEP. Crumbly too. Livingston Douglas Photo 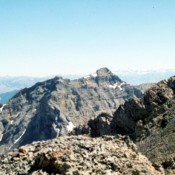