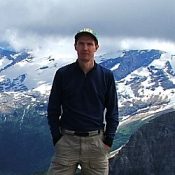 Michael Darcy of Coeur d’Alene, Idaho was an avid mountain climber who explored many remote Idaho mountains. On September 22, 2012, while climbing unofficially named Gooseberry Mountain (now Mount Darcy) in the Pahsimeroi section of Idaho’s Lost River Range, he lost his footing and fell roughly 100 feet. Injured in the fall, he called 911 for help. Despite the best efforts of Custer County Search and Rescue, when the rescue team reached him, they found that he had passed away. 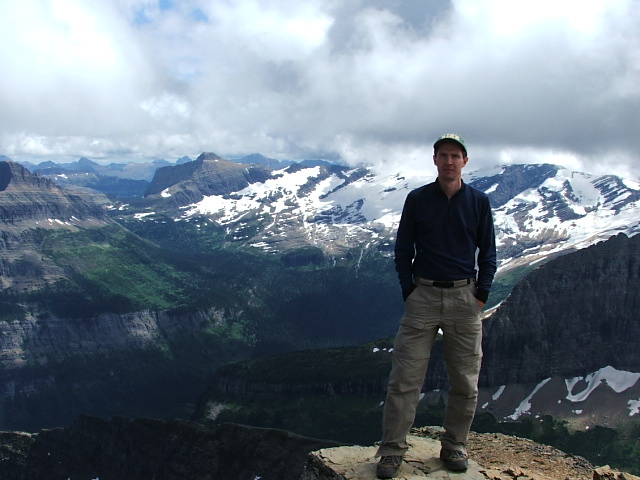 Michael had a deep love of hiking mountains in Idaho and Montana. He was also an avid photographer who specialized in documenting his mountain adventures. He was an early contributor to the Idaho: A Climbing Guide website and a prolific contributor to the SummitPost website. He also shared his knowledge with Idaho climbers via the Idaho Outdoor Forum (IOF) under his moniker Montanaboy.

According to his sister Sue Hutter, Michael “hiked every weekend, leaving Friday night for travel. Saturdays were the hiking days and Sundays for the drive back to Coeur d’Alene. Michael was always solo. He would rather spend his time and thoughts in the midst of the Great Outdoors than anywhere else in the world, unless it was a weekday night having dinner with my husband, me and our children, Peter and Chloe. He also wrote a note on a yellow piece of paper at every mountain he climbed once he summitted it. Michael would take out his lunch, enjoy the view and quote a Psalm.”

Family was important to Michael, a value he extended to the mountaineering community. He told the IOF a story of a 9-year-old and his dad who he encountered while navigating Chicken-Out Ridge on Mount Borah. “He sat down numerous times to rest while his dad patiently waited for him. Knowing that he needed the mental encouragement, I told him that he was the toughest 9-year old that I had seen in a long time.”

Michael unofficially named a few peaks (of which he believed he had first ascents) after family members and friends. As shown in the photos below, he left summit notes detailing his climb details and GPS data, took photos, and emailed his excursion highlights to his family members. 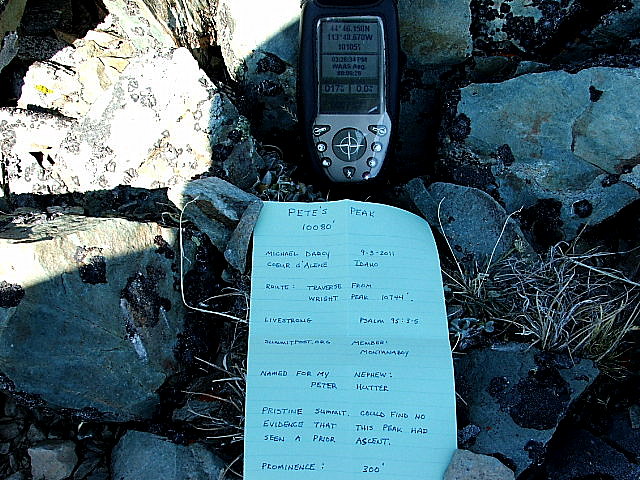 The summit register entry that is atop Petes Peak. Notice that my GPS has the incorrect height on it. This is normal as my GPS is routinely 20-30 feet too high. I place these notes in a vitamin bottle or ibuprofen bottle. They are tough containers that handle all extremes of weather. Michael Darcy Photo and Commentary. 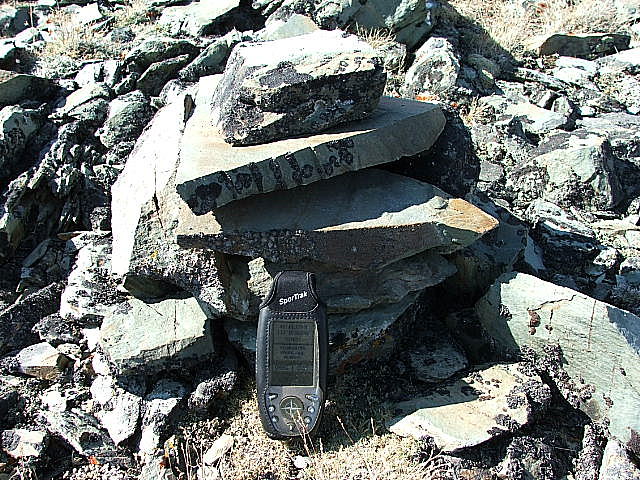 This is one of my typical cairns that I build on the summit. I prefer a 2-story square with a flat rock as a roof and a square rock as a cap. The register is placed inside. It is protected well and is easy for others to access. Michael Darcy Photo and Commentary.

Many members of the Idaho climbing community e-communicated with Michael and a few lucky folks met him in person over the years.

Michael’s favorite climbs included Borah Peak, Homer Youngs Peak, Mount Howe, Piegan Mountain, Torrey Mountain and Yellow Peak. In response to what kept him motivated in the mountains, Michael said that he “generally prefer(red) to climb peaks that catch my interest and a variety of different ranges is the ticket as well. The one goal that has recently come to mind has been to climb the 9 Lemhi peaks over 11,000 feet, although the Riddler may be beyond my comfort zone.”

Michael Darcy was born on May 14, 1957 in Missoula, Montana. Michael moved to Coeur d’Alene with his family at the age of 6 where he resided. From a young age, Michael was involved in sports and athletics. He graduated from Coeur d’Alene High School in 1975 and graduated from the University of Idaho in 1979 with a degree in recreation. He was 55 when he passed and is very much missed. RIP Montanaboy.

—by Margo Mandella and Tom Lopez

(Thank you to the Coeur d’Alene Press, SummitPost, Idaho Outdoor Forum for information used in this piece.)