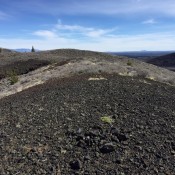 Livingston Douglas added additional route information which can be found down the page. Updated December 2019

Grassy Cone is Peak #1 of the Craters 10-Pack

This small, nondescript butte sits just north of US-20 just west of the main entrance to Craters of the Moon National Monument. This small peak shelters an interesting crater on its North Side and is a great place to view the volcanic terrain south of the highway. There is a large pullout on the south side of the highway. An ascent to the summit from this point is a short, but steep, 0.5 mile hike through sagebrush. Please take care of this pristine environment and watch out for rattlesnakes. USGS Inferno Cone 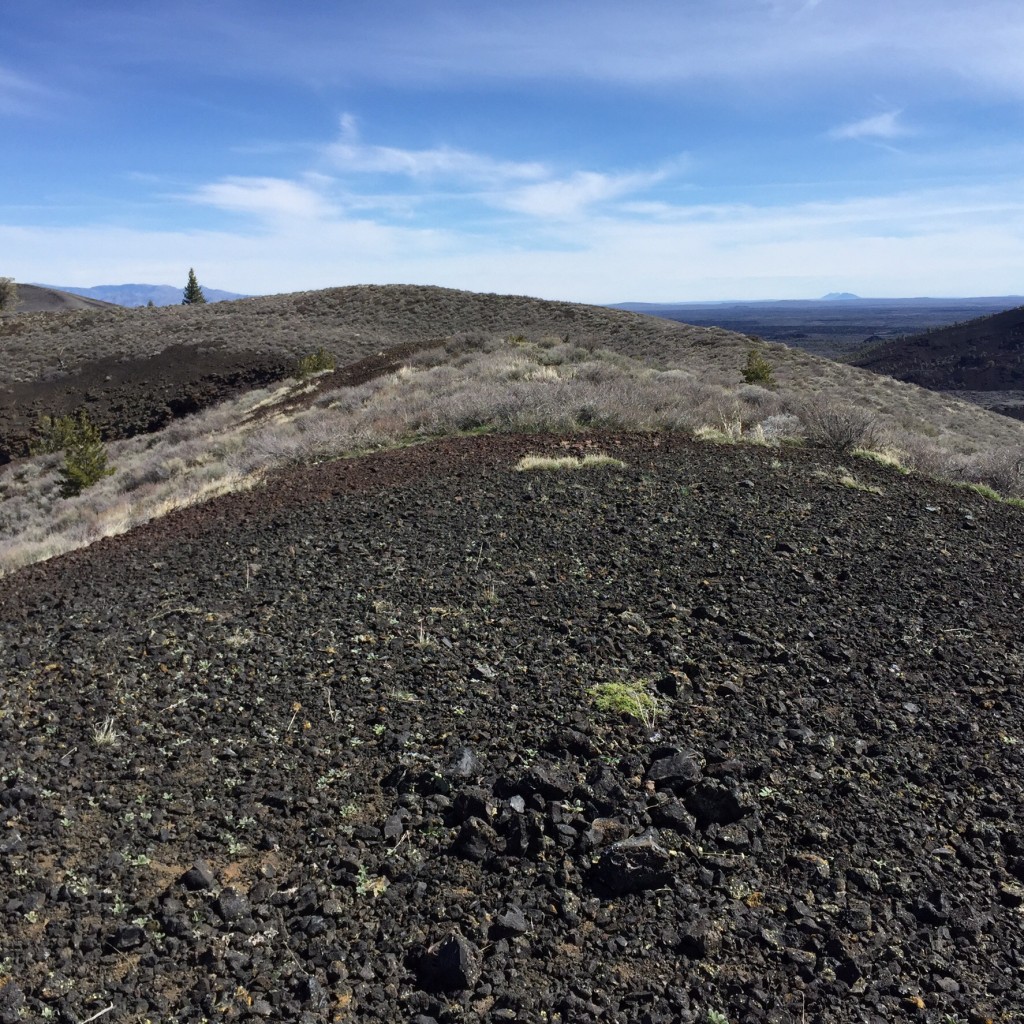 The summit of Grassy Cone 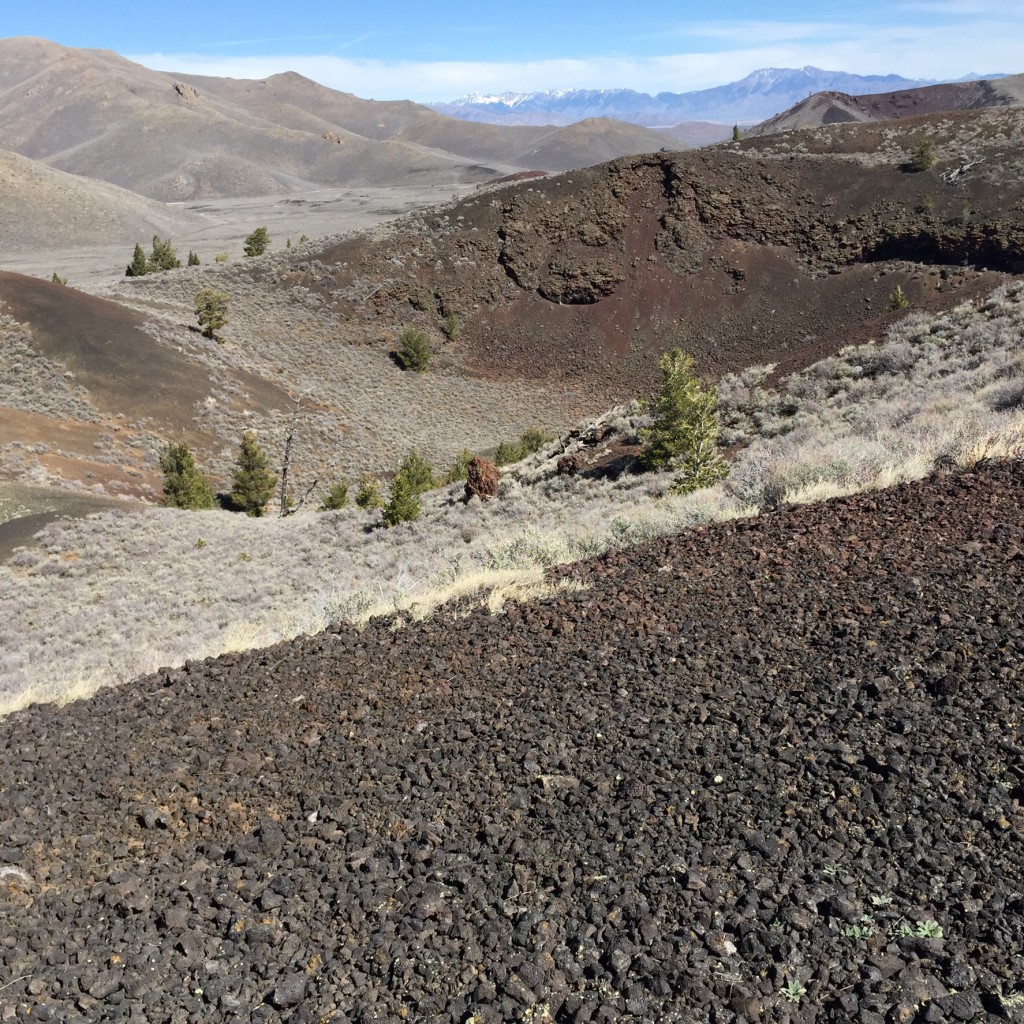 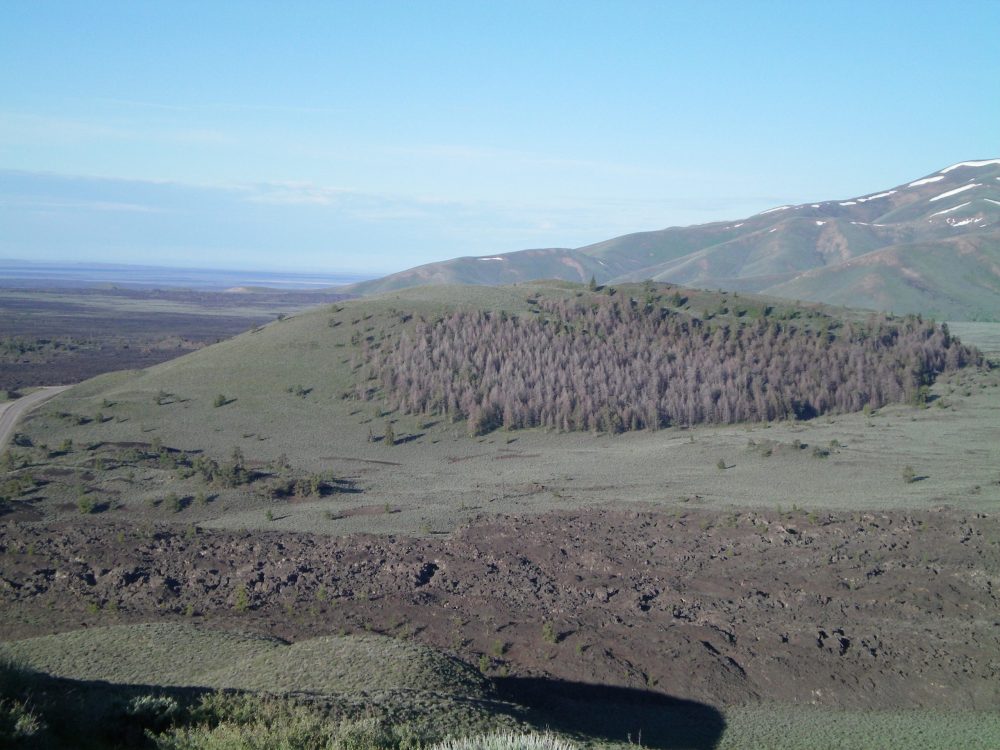 Grassy Cone as viewed from the summit of Sunset Cone. US-20 is on the left edge of the photo. Livingston Douglas Photo

Grassy Cone is hardly grassy. It’s mostly thick sagebrush and is not a pleasant climb from US-20 to the southeast. It has a hidden forest on its north face that is not visible from the highway. The summit appears to be rarely visited. Not even a summit cairn, until I built one on top. The east summit is the high point (6,315 feet). The west summit is 15 feet lower, based on visuals and altimeter measurements.

From the entrance to Craters of the Moon National Monument, drive 0.8 miles west on US-20 to the [higher] second pullout on the south side of the highway. The elevation here is about 6,000 feet. 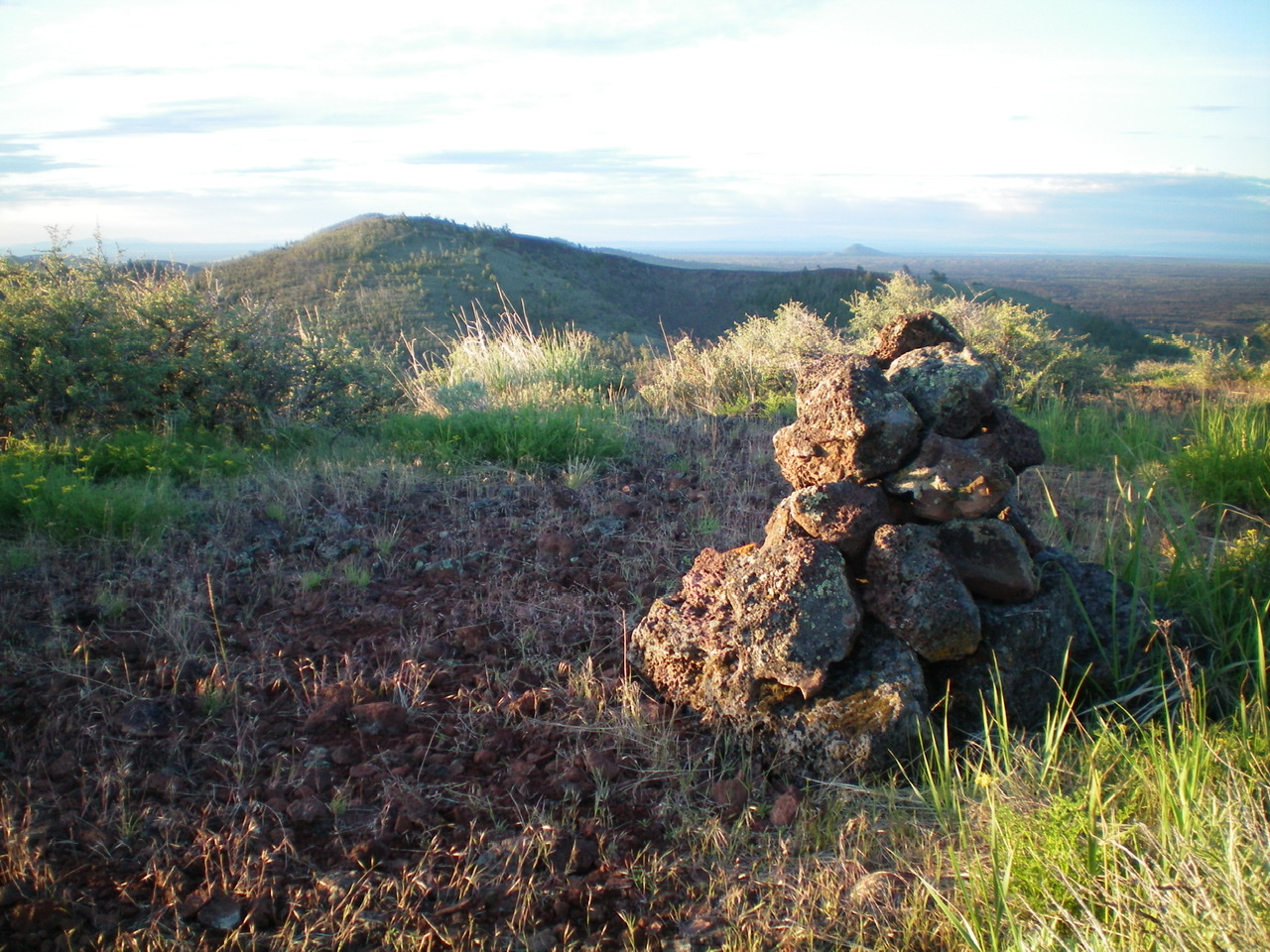 Same as for the southeast face

From the west summit of Grassy Cone, descend south down the steep face to reach US-20. The brush/sage here isn’t as bad as on the [steeper] southeast face, but it’s still unpleasant. Once you reach the highway, walk east about 0.2 miles to the parking pullout and your vehicle.