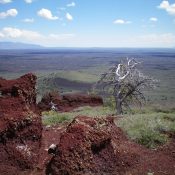 This cone is not in the book. Published December 2019

Half Cone is an unranked hump located NE of [much larger] Big Cinder Butte. It is a fun and easy scramble from a saddle connecting the two peaks. The Wilderness Trail gets you to the saddle. USGS Inferno Cone 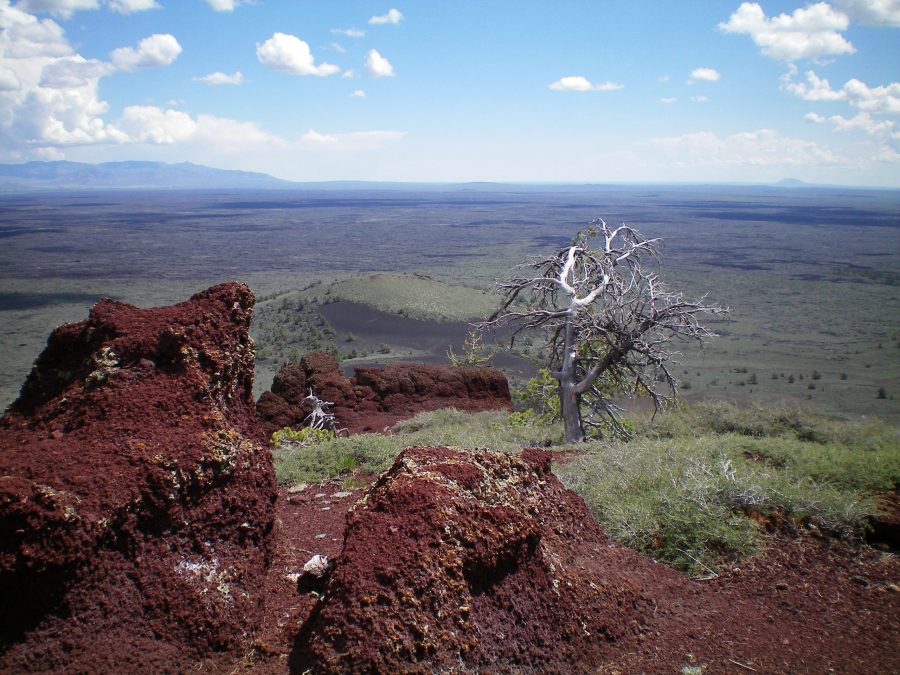 Half Cone as viewed from the summit of Big Cinder Butte. The peak is just left of the tree in the photo. Livingston Douglas Photo 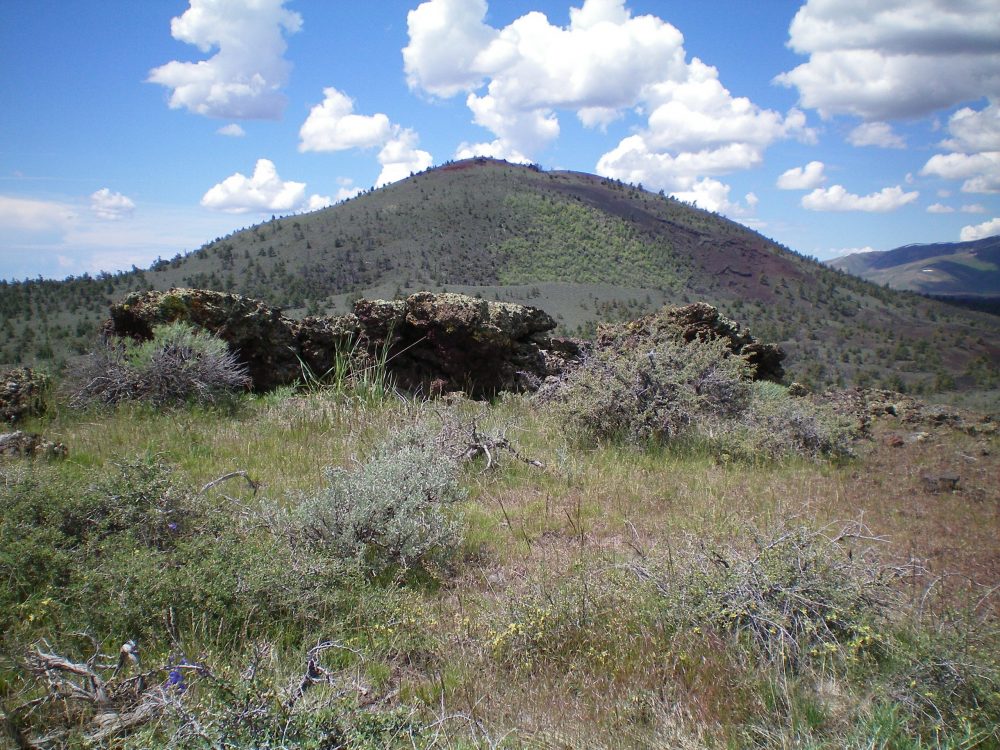 The summit boulders atop Half Cone with Big Cinder Butte in the background. Livingston Douglas Photo