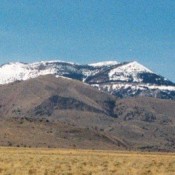 Climbing and access information for this peak is on Page 345 of the book. Also see the Owyhee Mountains Peaks List for all of the peaks in this range. Updated September 2019.

Hayden Peak, also called Cinnabar Mountain, is the highest point in Owyhee County and the highest peak in the Owyhee Mountains. The big Owyhee Peaks are carved up by mining roads and ruins and are often visited by ATVs. Still, hiking this country is rewarding and, at times, difficult. USGS Cinnabar Mountain

Hayden Peak is most easily climbed from either its South Ridge or its West Ridge from the Hayden Peak/Turntable Mountain saddle. Access either route from the gravel road that originates out of Slaughterhouse Gulch, northeast of Silver City, Idaho and ends at the summit of Hayden Peak. A high-clearance 4WD vehicle is recommended. Because the Owhyees are a popular destination for ATV and dirt bike users, I recommend hiking this peak during the week to avoid excessive motorized traffic. 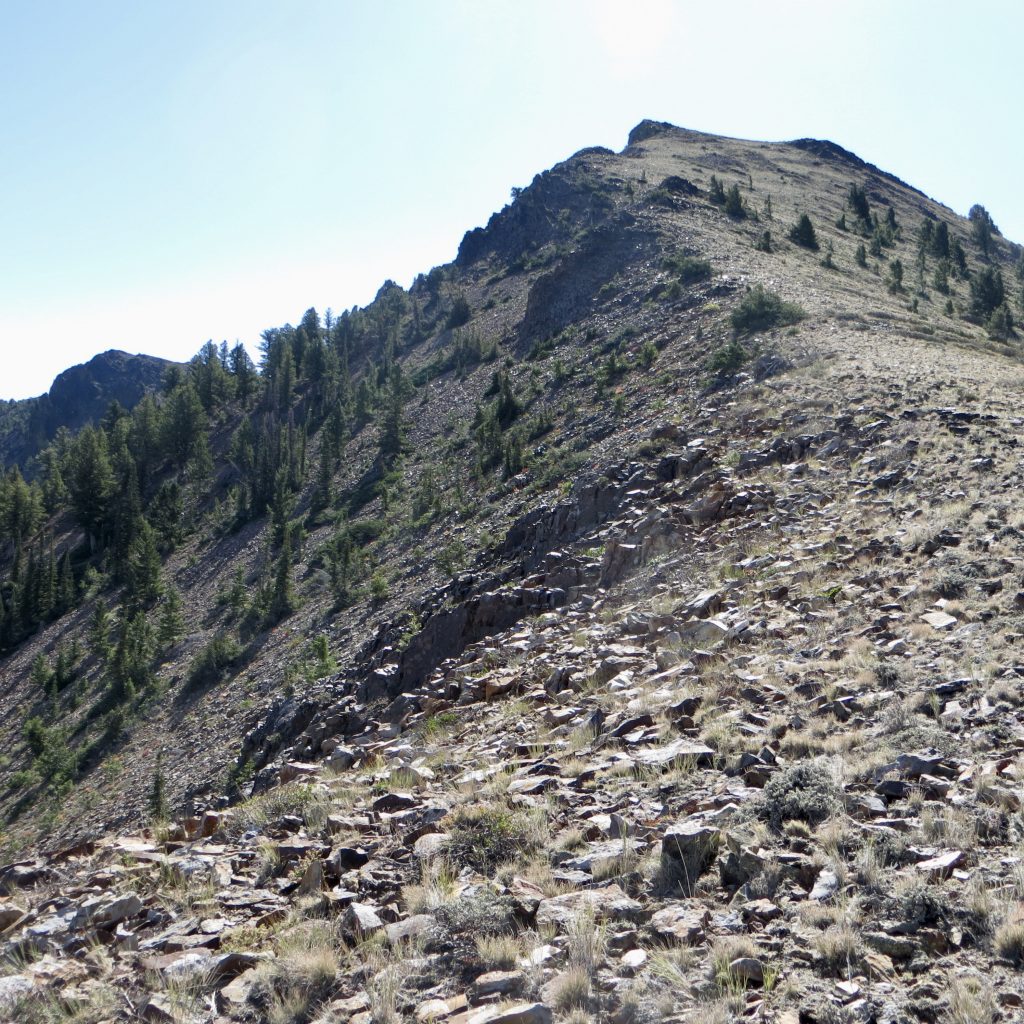 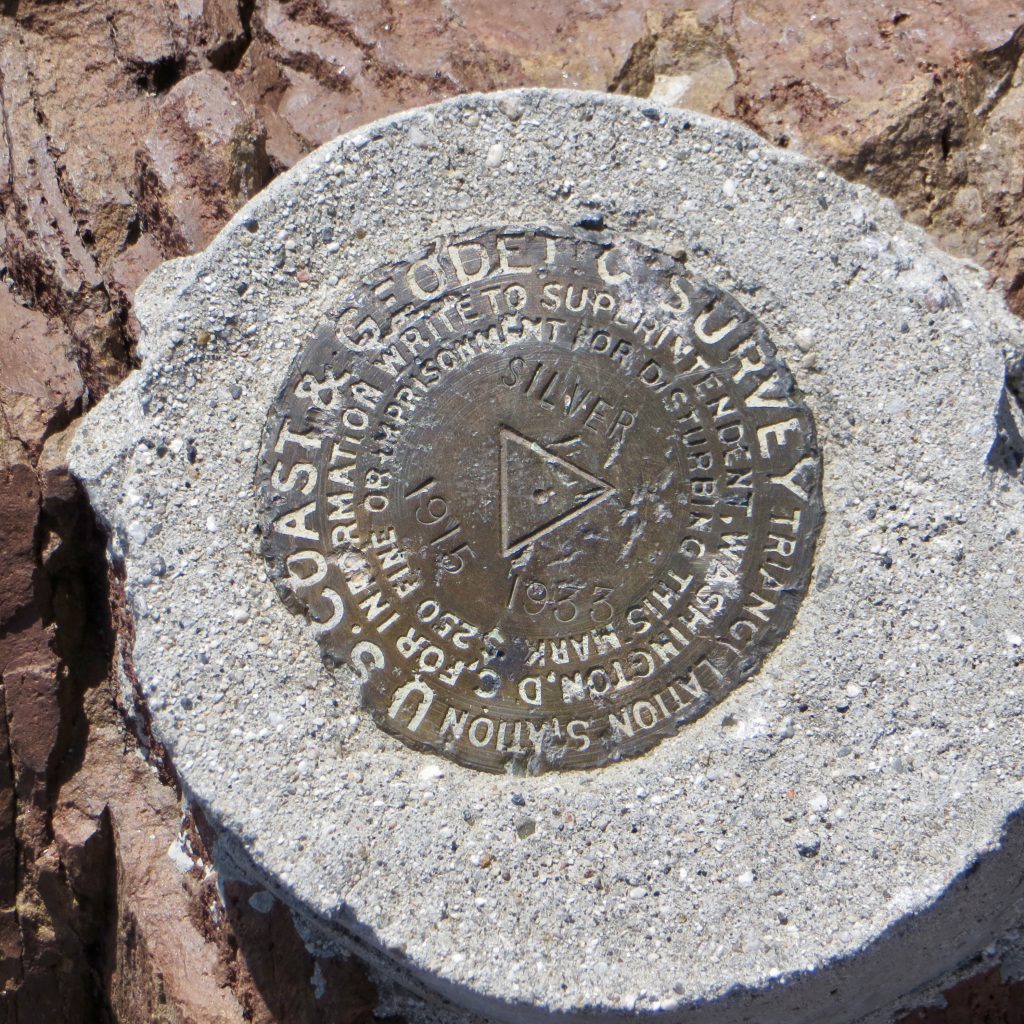 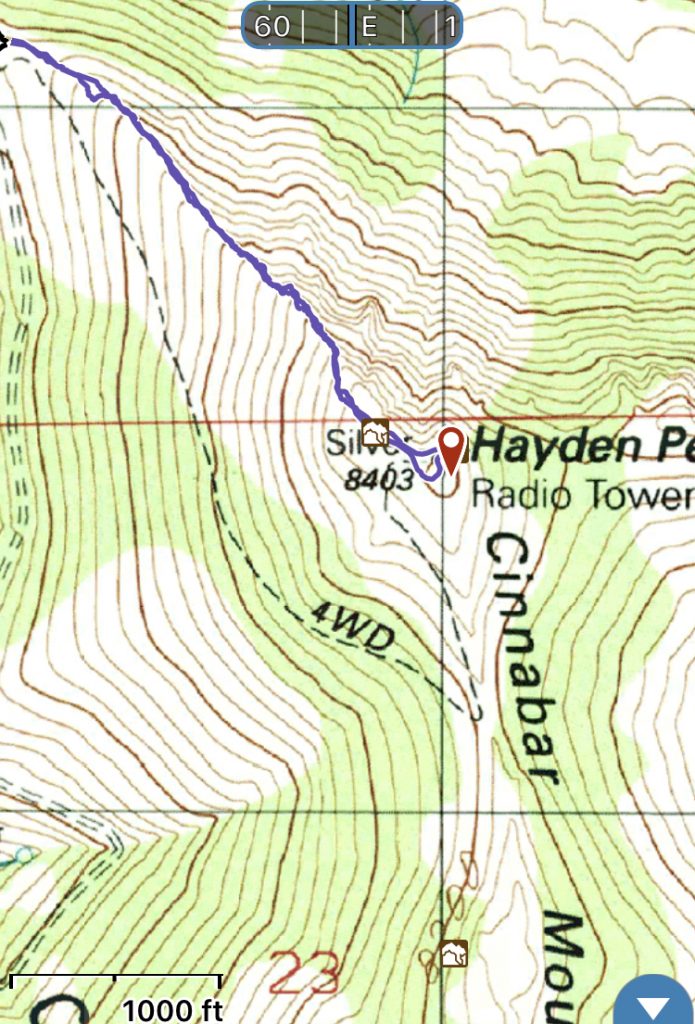 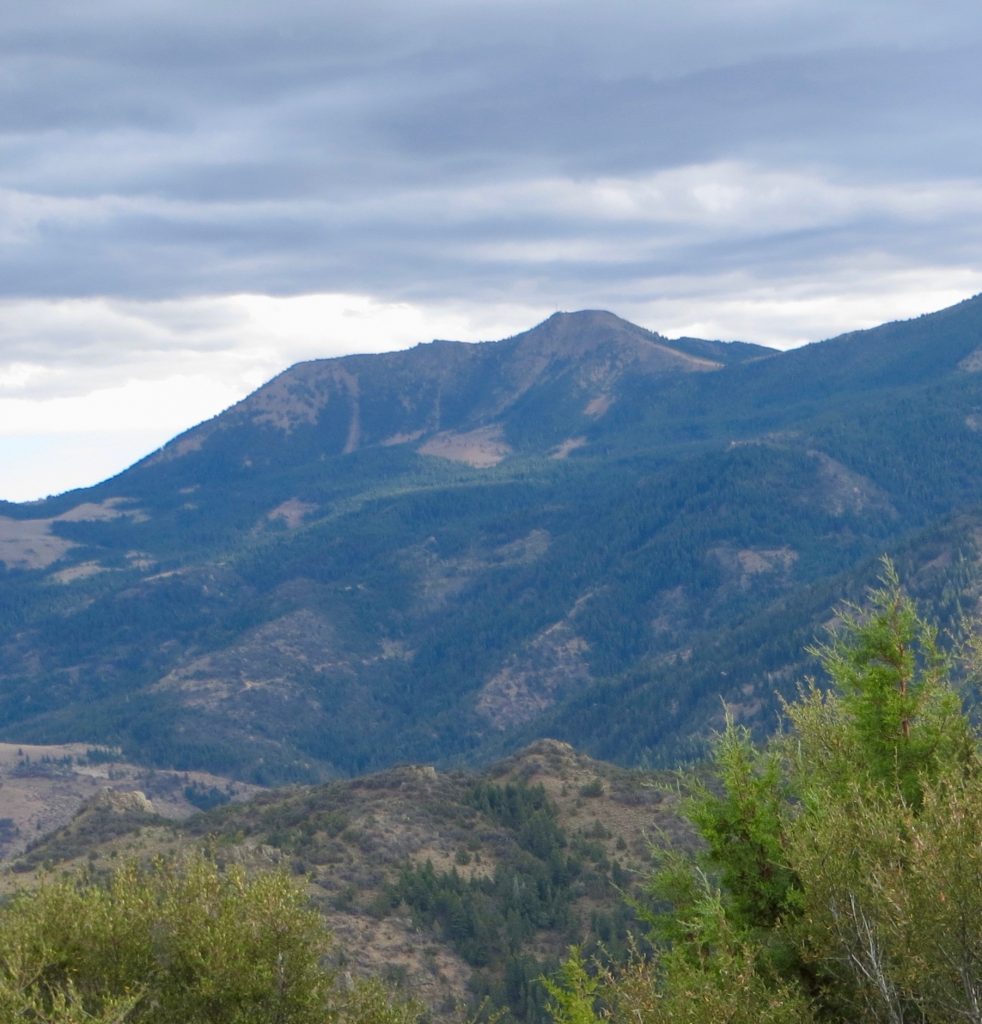 Hayden Peak as viewed from the west. Steve Mandella Photo 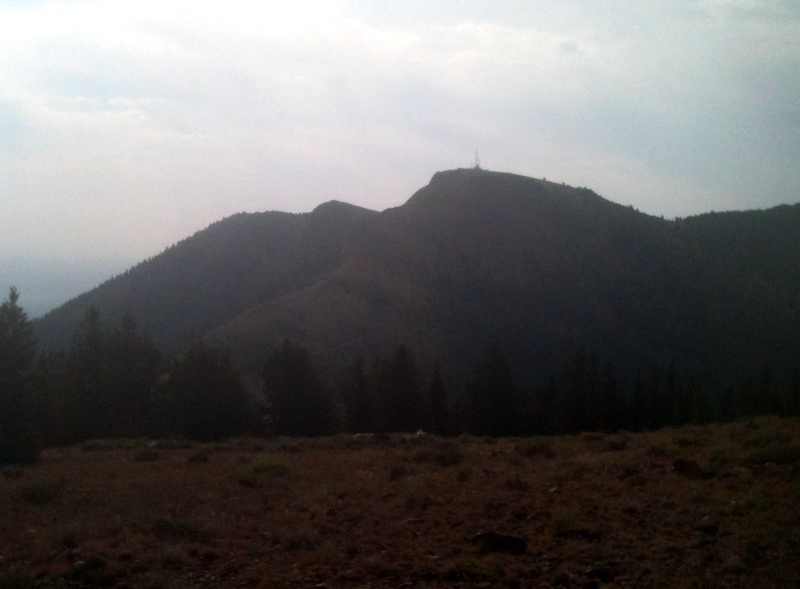 Hayden Peak as viewed from the west. 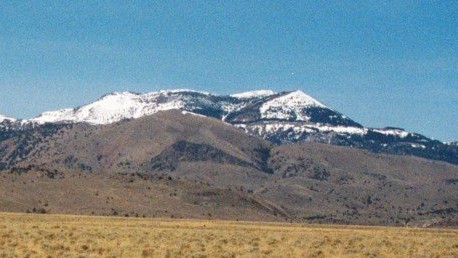 Hayden Peak as viewed from the Snake River Plain. 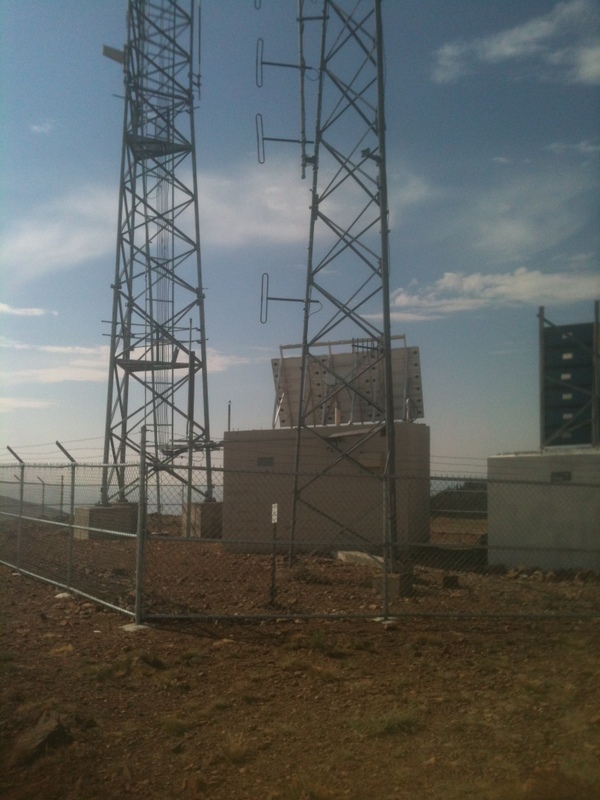 The summit can be reached from the south by the gravel road used to service this antenna array. 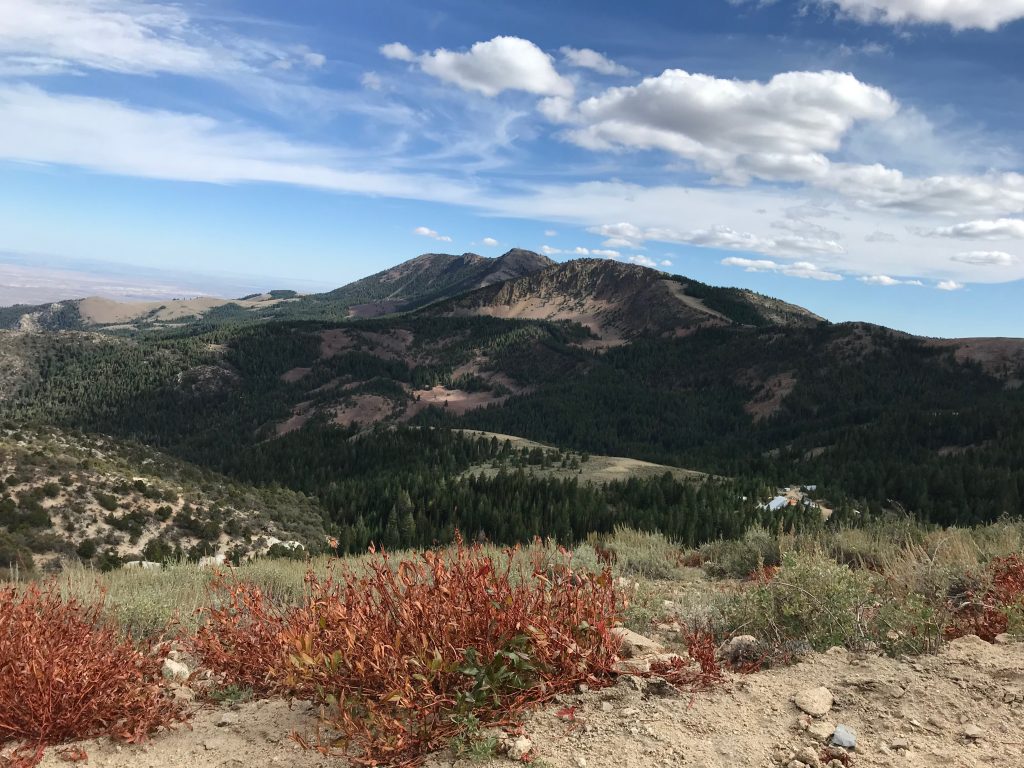