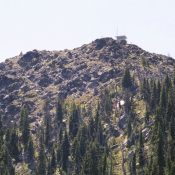 This peak is not in the book. Published March 2018

Heavens Gate is situated on the boundary of the Hells Canyon National Recreation Area and just outside the Hells Canyon Wilderness. The Idaho portion of these two units is located in the Nez Perce National Forest but is managed by the Wallowa-Whitman National Forest. Heavens Gate is not as spectacular as its larger, more precipitous neighbors to the south in the Seven Devils Mountains. However, with more than 800 feet of prominence and 2+ miles distant from these taller peaks, Heavens Gate is still significant.

Heavens Gate rises over 6,400 feet above Rapid River Canyon to the east and 7,200 feet above lower Sheep Creek and the Snake River to the west. The peak is the most visited point in the entire mountain range. The summit offers the best views of the main peaks and panoramic views of two of the deepest canyons in the United States: Hells Canyon and the Salmon River Canyon. The Wallowa Mountains of Oregon are also clearly visible to the southwest.

The peak’s long ridge is formed by broken undifferentiated rock intermittently covered with montane grasslands and open parklands of contorted subalpine fir and whitebark pine. The wildflower blooms along the ridgeline are spectacular, particularly in July. USGS Heavens Gate 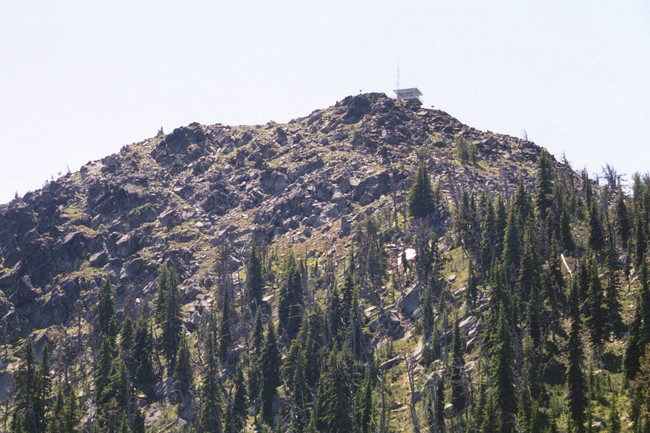 At the southernmost end of Riggins and south of the Forest Service Office in Riggins, look for a large brown recreational sign for Seven Devils and Heavens Gate. This is FSR-517. Turn west onto this road and follow it about 17 miles to its end at the Heavens Gate parking lot. Please note that FSR-517 is very steep and narrow. Low-clearance vehicles, RVs and vehicles pulling trailers are not recommended or advised. Use caution when traveling the upper sections of this road. The road can be slippery when wet or frozen and is not recommended for trailers in the late Fall and Winter.

This is a good mountain for anyone because a road and parking lot sit just 270 vertical feet below the summit. On most days, dozens of visitors climb the short Heavens Gate National Recreational Trail #73 to the large stone lookout. Here, interpretative signs and a Forest Service employee staffing the lookout can provide you with information about this wonderful area. 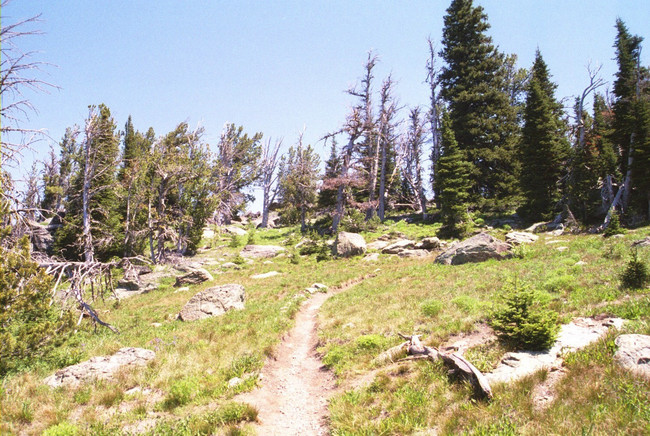 More interesting and challenging routes are found lower on the mountain’s East Side. Follow FSR-517 to mile 13.1 and park where the road crosses a creek. Follow the creek west into the cirque basin formed by the steep North Face of Heavens Gate and the adjacent ridge that runs to the north.

There are numerous routes up the face. These routes range from Class 3 and Class 4 scrambles to more difficult routes. The North Face can be climbed from immediately below the summit lookout or to the east followed by a nice ridge run to the top. Another route is from the campground at the south end of the ridge. This route is an easy hike on a broad subalpine ridge. The route climbs 830 feet over approximately 1.5 miles to the lookout. A few rock scrambles just south of the summit keep things interesting. 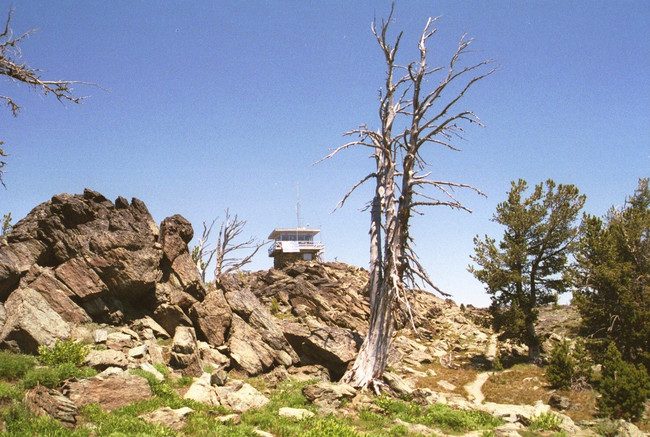