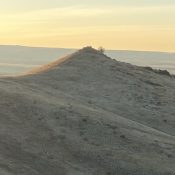 This small peak is not in the book.

Homers Nipple is located west of Table Rock. Although short in stature and prominence, it is a distinctive summit when viewed from the Boise valley to the east. Urban expansion is closing in on this peak. Part of the expansion includes a new trail which, when built, will improve access to this peak. USGS Boise South 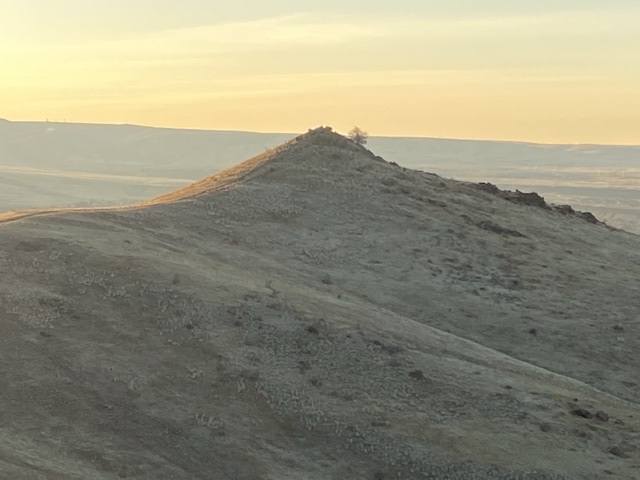 Homers Nipple as viewed from the eastern edge of Table Rock.

Same as for Table Rock.

The Nipple is most often climbed by traversing the connecting ridge from Table Rock. A Ridge-to-Rivers trail circles the top of Table Rock. At the easternmost point of the loop trail, an unofficial trail leaves the loop trail and descends to the saddle between the two peaks. The trail then climbs up the Nipple’s west ridge to the summit rocks. The high point is a short Class 2+ scramble.