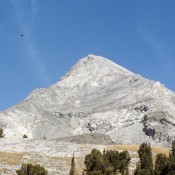 Climbing and access information for this peak is on Page 249 of the book.

Hyndman Peak is located in the Pioneer Mountains in the Sawtooth National Forest. The peak lies on the boundary of Blaine and Custer counties. At 12,009 feet, Hyndman Peak barely makes the cut as an Idaho 12er. Hyndman is the 9th-highest peak in the state, but it receives a lot of attention from peakbaggers because it is considered one of the easier 12ers to summit.

Most people climb the peak by its East Ridge. It is approximately two flat miles on an old jeep trail from the trailhead to the point where you start hiking up the mountain. People sometimes mountain bike this flat section and stash their bikes in the trees while climbing the peak. The attractive East Ridge Approach is shown in the following photo essay. USGS Hyndman Peak 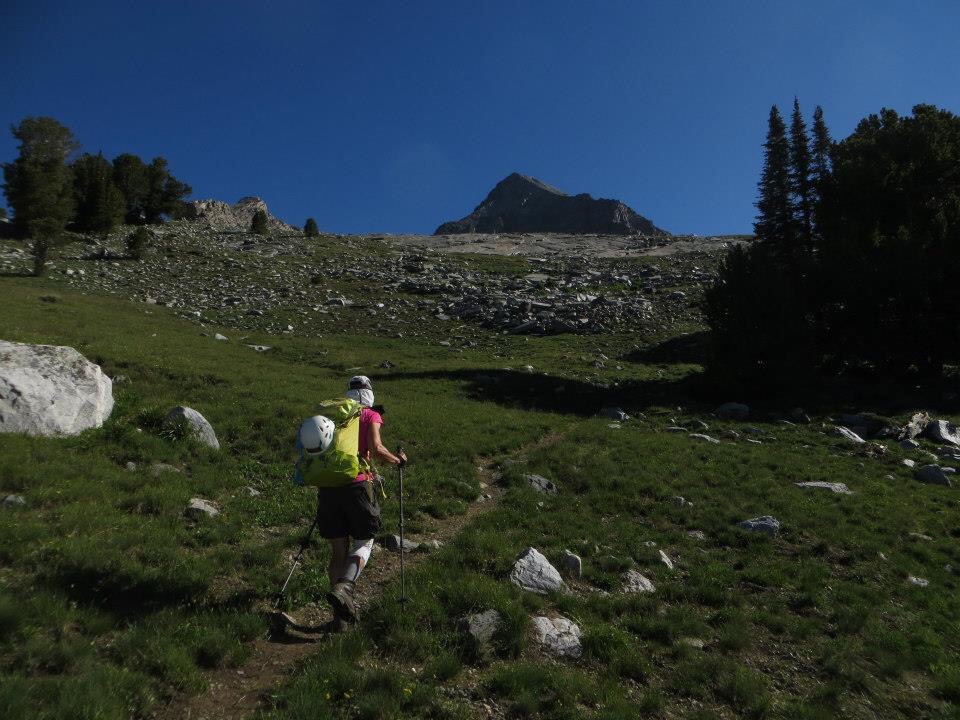 Over the years, a use trail has developed through the meadows making the approach a bit easier. Steve Mandella Photo 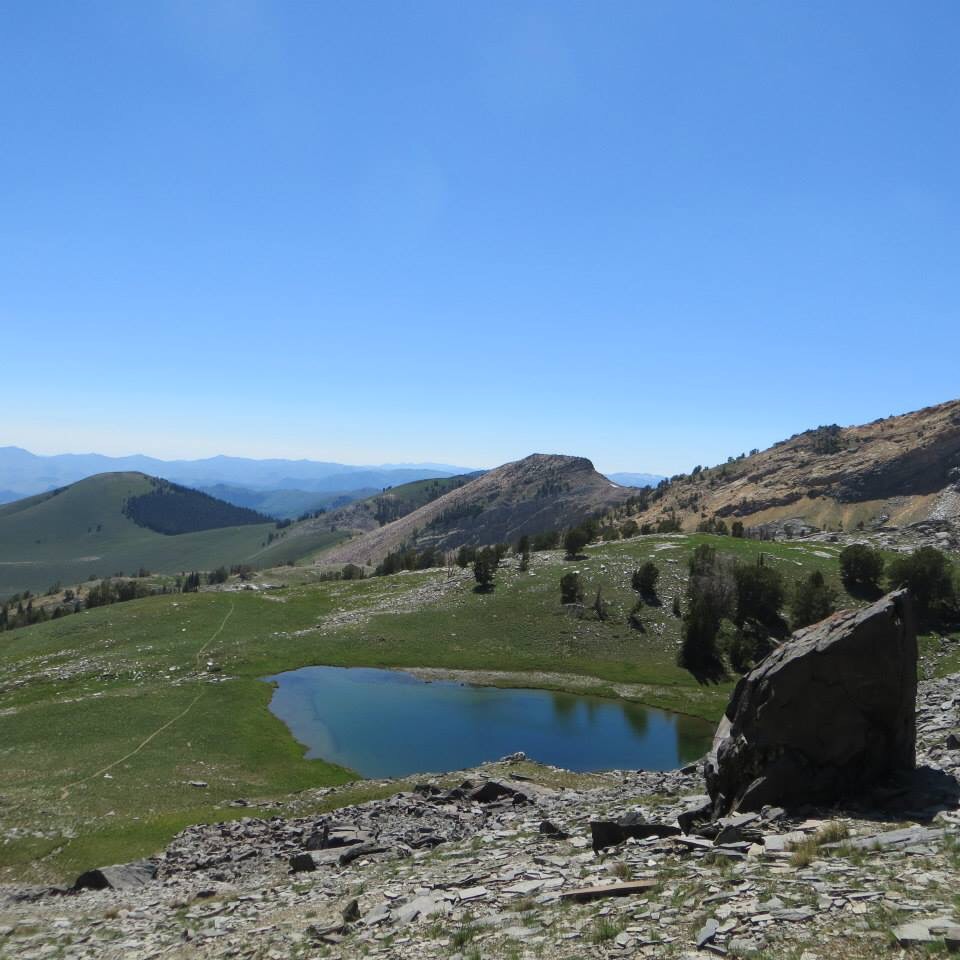 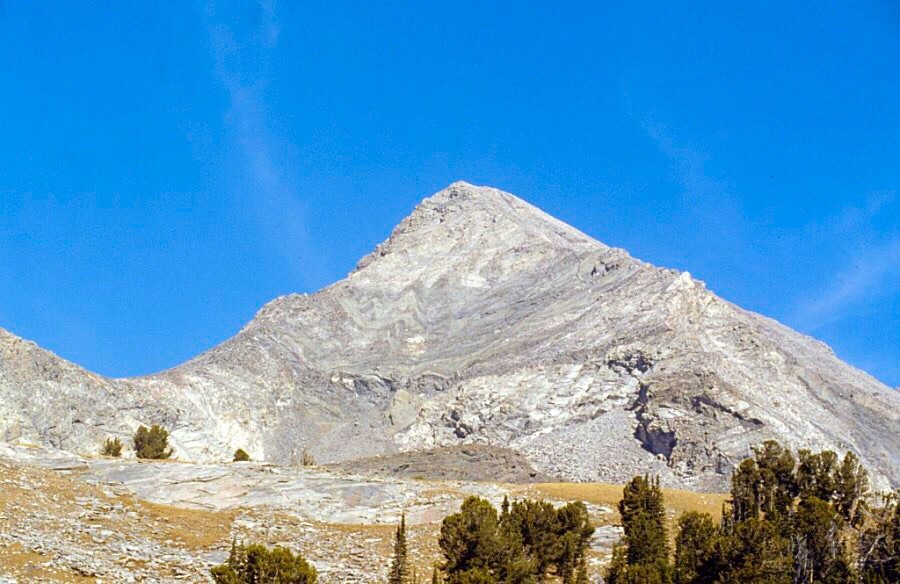 Hyndman Peak as viewed from the upper basin. 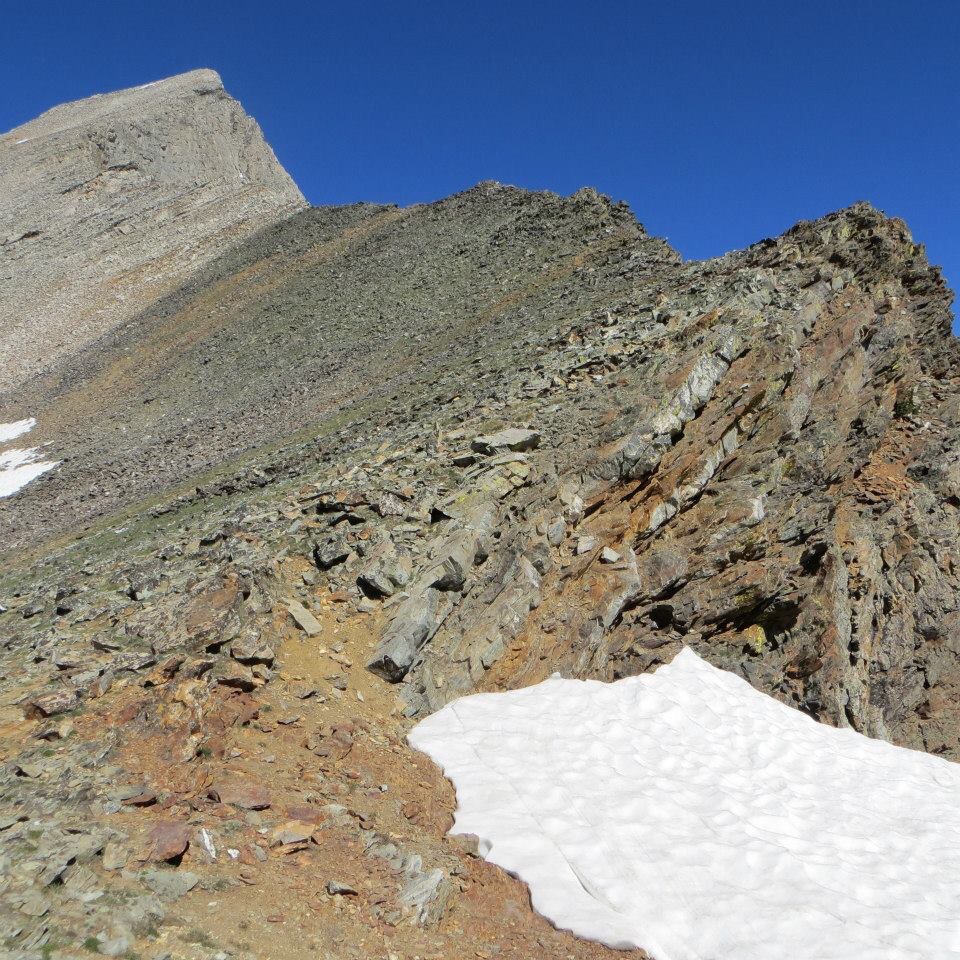 Looking up the East Ridge from the saddle. Steve Mandella Photo 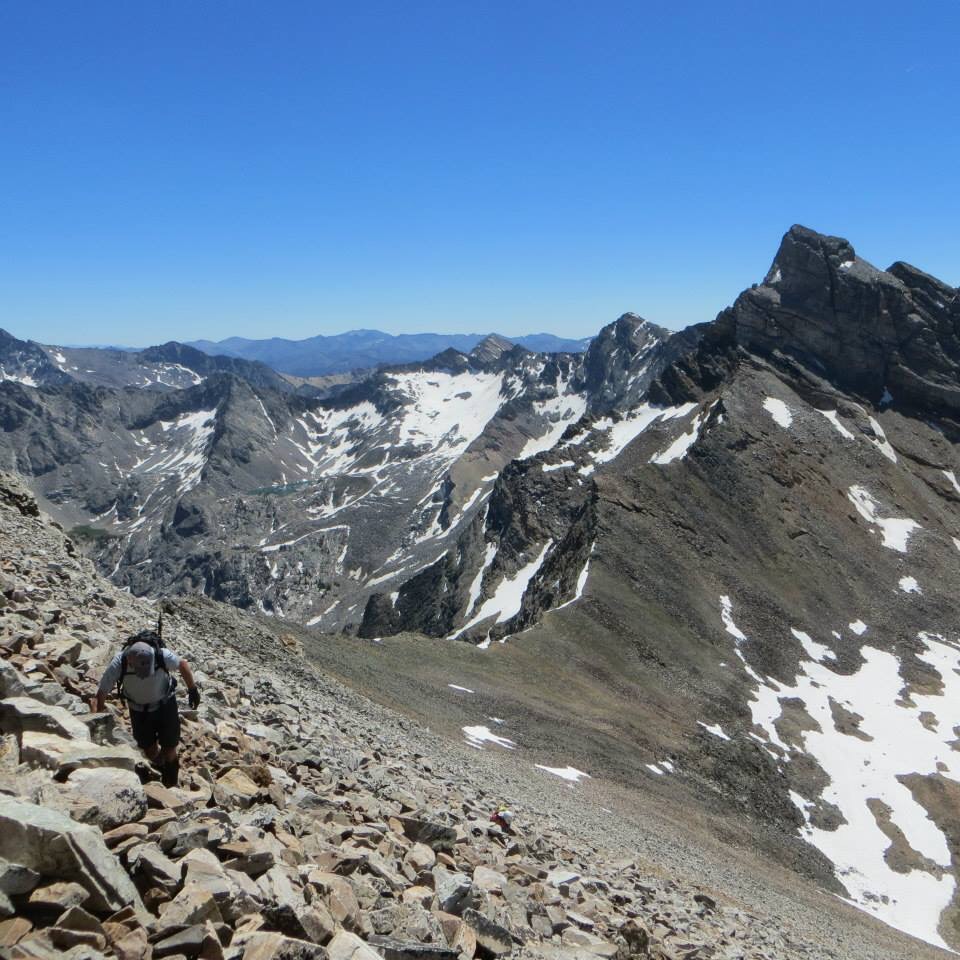 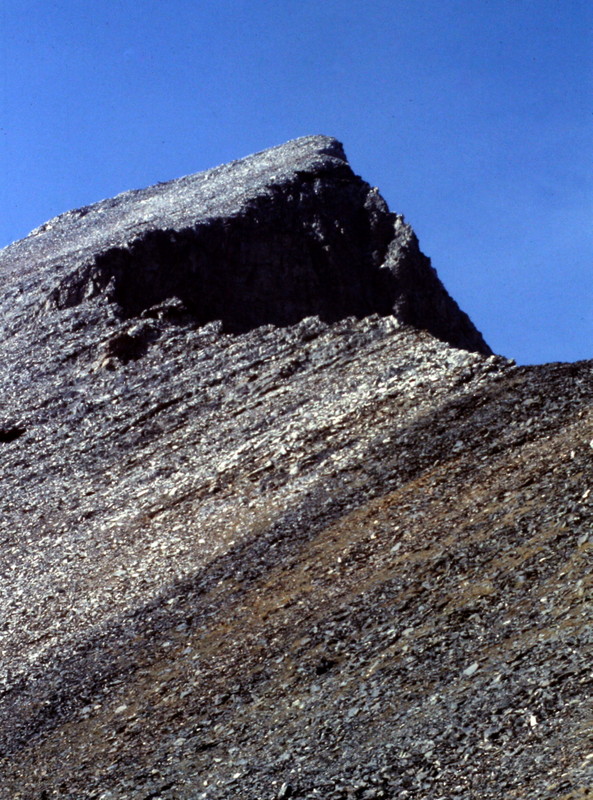 Hyndman Peak’s East Ridge is mostly unconsolidated rubble. It has been many years since I climbed it, and you will now find a use trail(s) as you move up the ridge. 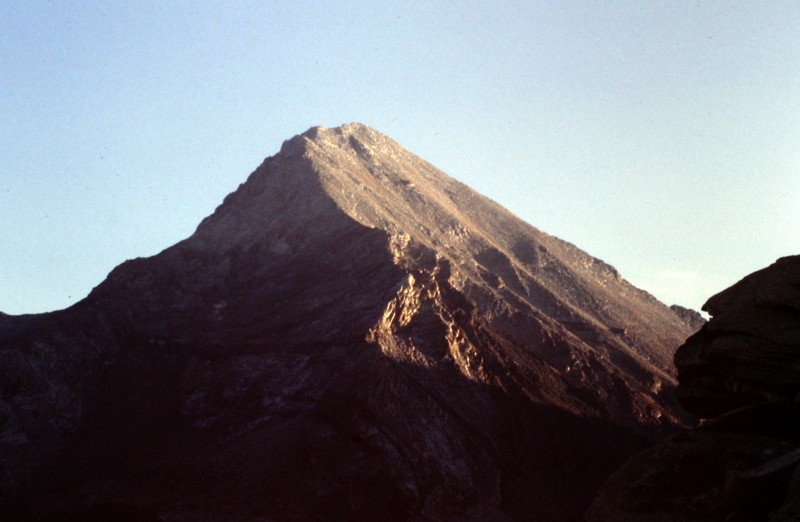 Hyndman Peak as viewed from the lower slopes of Cobb Peak. 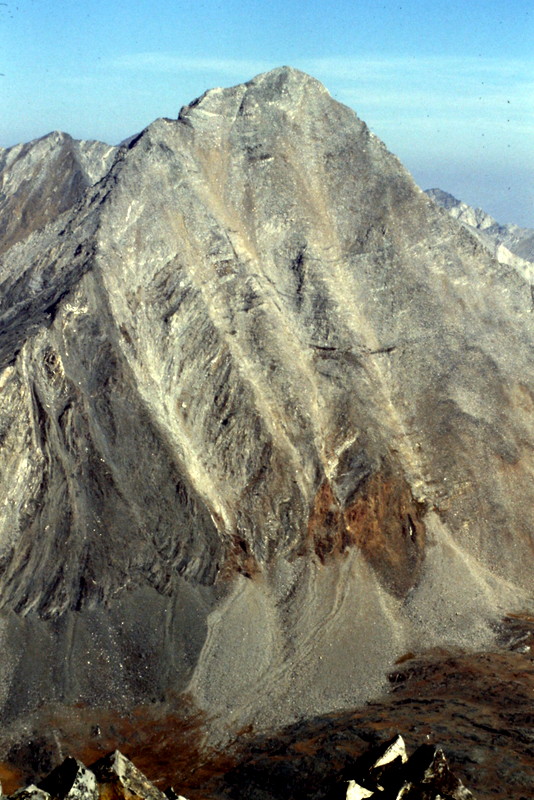 Hyndman Peak as viewed from the summit of Cobb Peak. 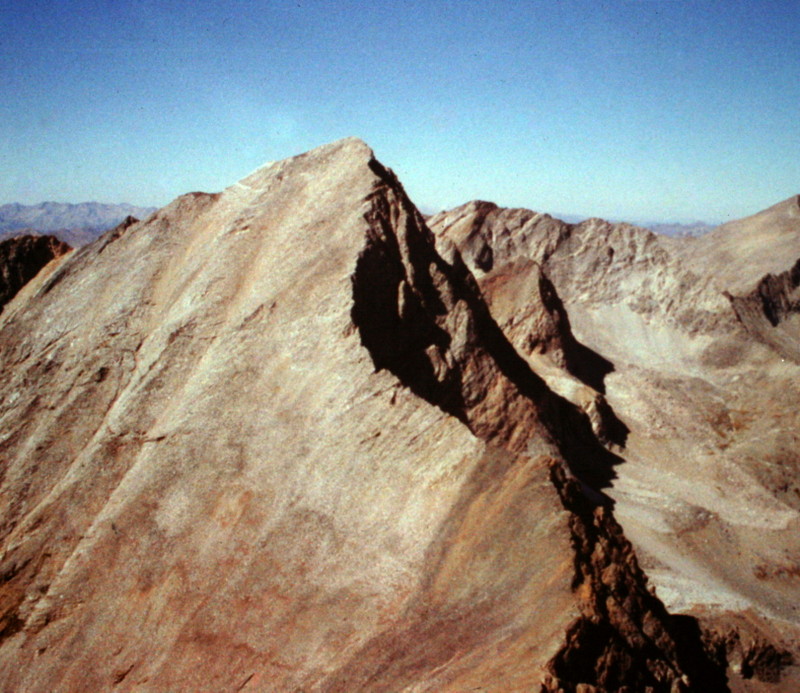 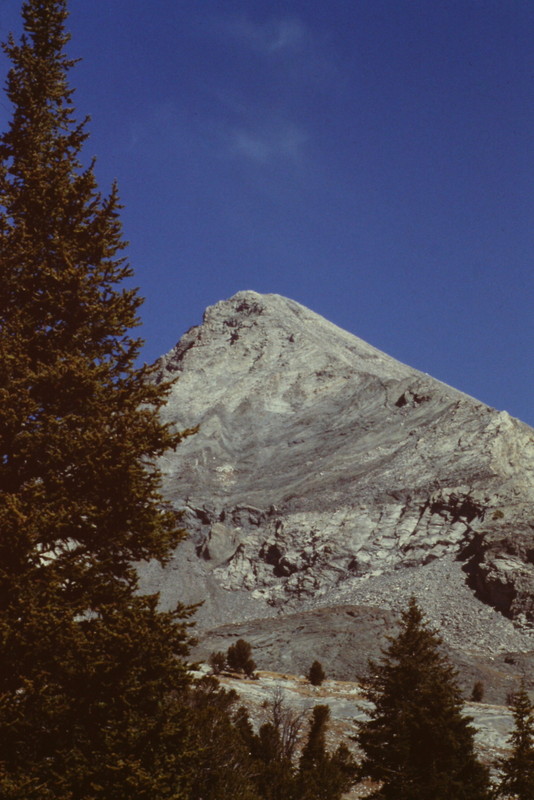 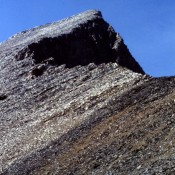 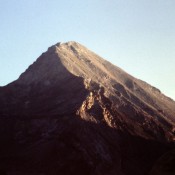 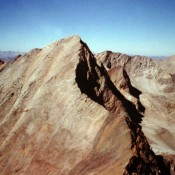 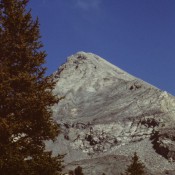