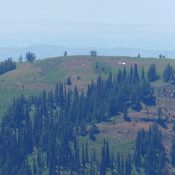 This peak is not in the book. Published June 2021

Indian Mountain is a big whale-shaped peak located west of the main West Mountains crest. It sits on basalt based ridge inexplicably called mica ridge by the map makers. Because of its prominence it was chosen as fire lookout site in the 1920s. As you would expect, the views from the top, especially to the west, are endless. USGS Cold Spring Ridge 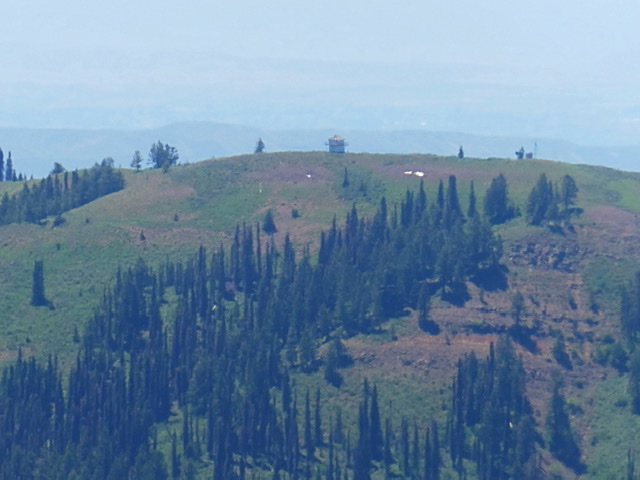 Indian Mountain viewed from the east.

This is a drive up. Google Maps will give you workable directions from Donnelly or Cambridge Idaho. In order to keep my sanity I am not going to write up the directions. Instead I will just provide a few comments which may aid your journey. Take an up to date Payette NF map.

If you choose to use Google Maps and are coming from Donnelly use the southern option as the northern option is blocked by private property. If coming from Cambridge the option shown works well. Note that there is a second option which is not shown but uses FSR-214’s west end.

The main FS roads used to reach the Indian Mountain Road, FSR-243, are frequently maintained but narrow with too many curves to count. This area sees periodic logging so alway check with the Payette NF to make sure the road is not closed for logging. FSR-243 is signed at its junction with FSR-214. The sign gives the mileage to the lookout as 4.0 miles. It is actually 5.2 miles. FSR-243 is a good road for the first two miles but then deteriorates. At a minimum you will want a high clearance vehicle to drive clear to the top. Cattle are grazed on the peak and they sometimes make it all the way to the lookout. 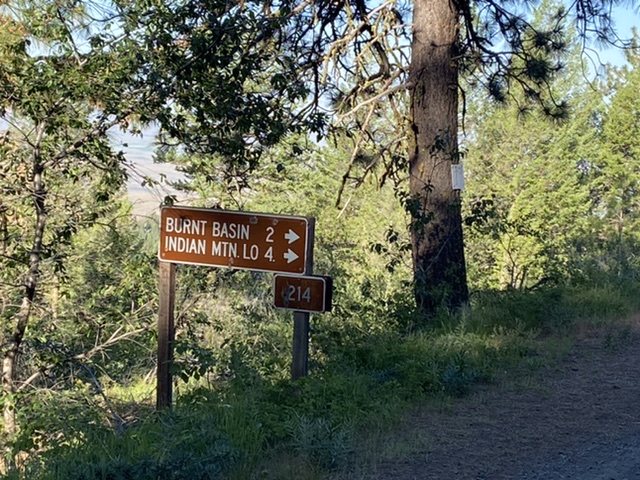 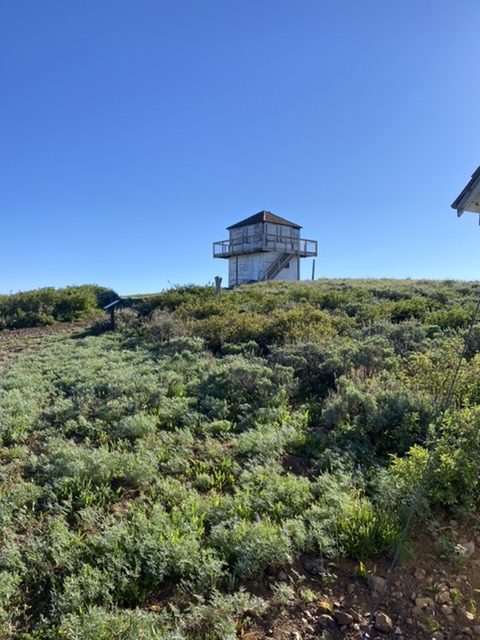 The lookout has been repaired recently. 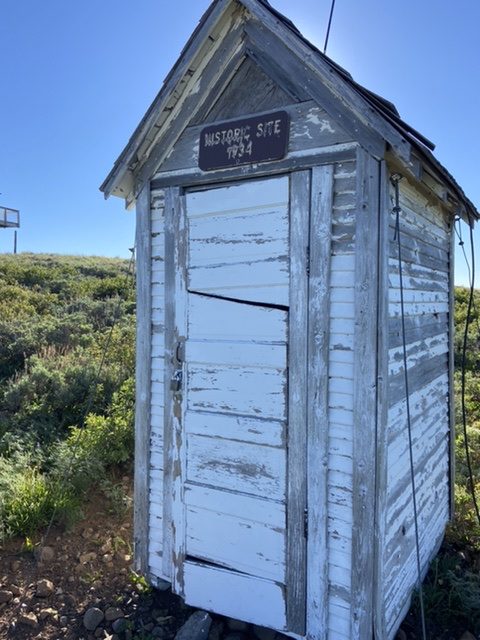 The outhouse is also on the Historic Landmark register. 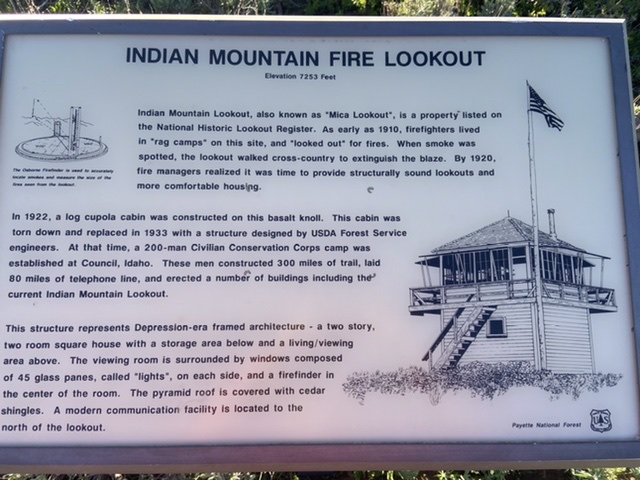