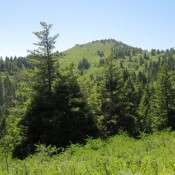 Yet another Idaho peak named Iron Mountain. This one actually has an old iron mine near its summit according to Ray Brooks. This peak is located on a ridgeline that parallels the Snake River on the western edge of the Hitt Mountains. The summit view includes the Wallowas, Big Lookout and the Elkhorn Mountains in Oregon, the Snake River Canyon on the border, nearby Sturgill Peak, the West Mountains and Boise Mountains in Idaho, and the nearby Monroe and McChord Buttes. USGS Monroe Butte 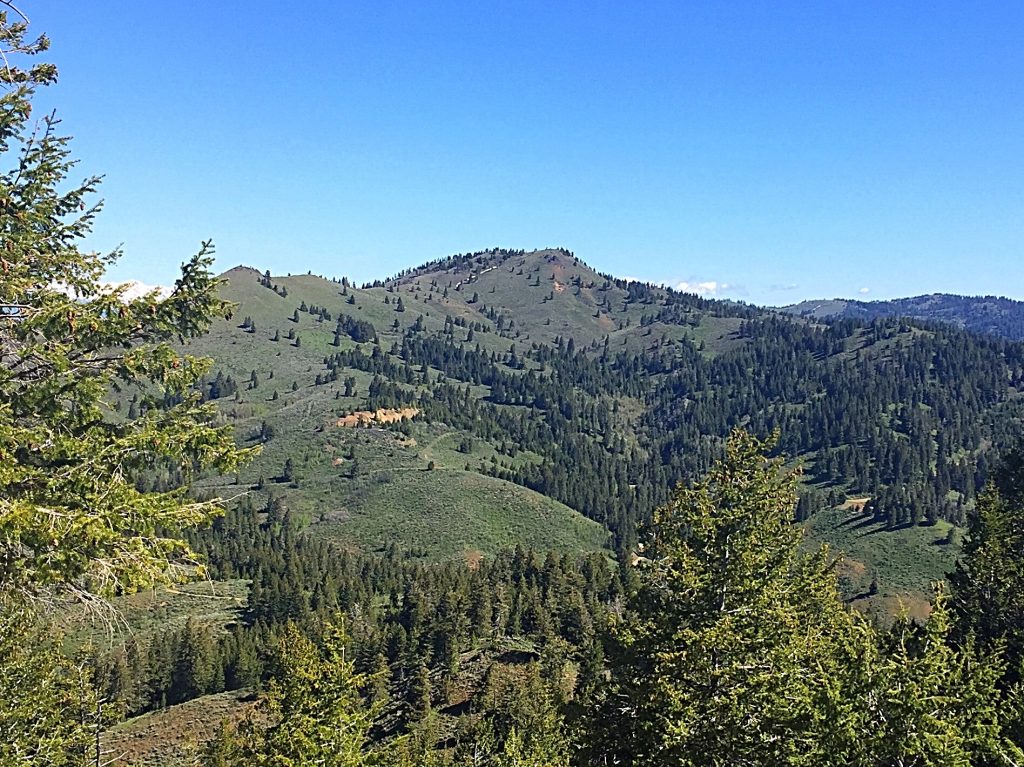 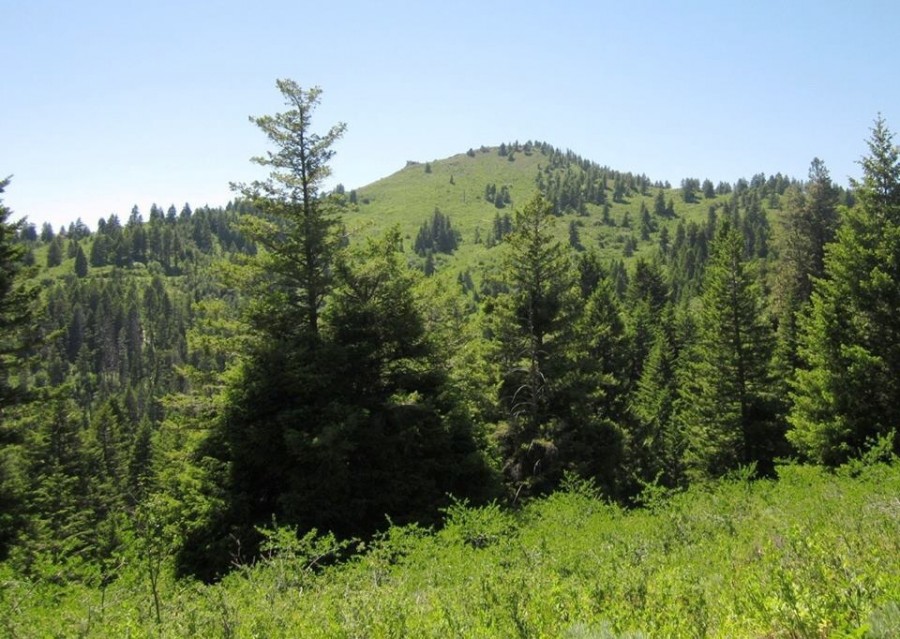 FST-306, although designated as a trail, is a fair road which is open to all modes of travel except full-sized vehicles. From either of the starting points described above, follow FST-306 until you reach a corner on the southeast side of the peak. At this point, you will see an overgrown road climbing northwest. This road is signed as “closed to motorized travel.” Hike up this road. Just after a small dig on your right, the road splits. Take the right fork and you will soon reach the summit. 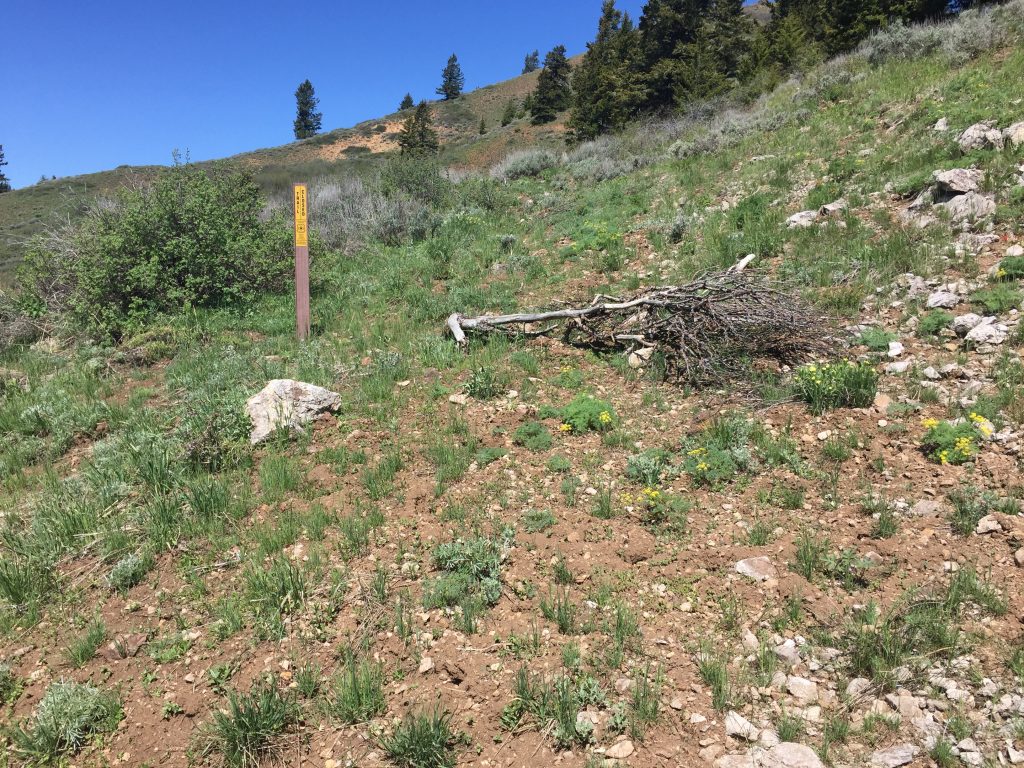 The old mining road is overgrown. The start is marked by the sign shown in this photo. Once on the road, it is easy to follow. 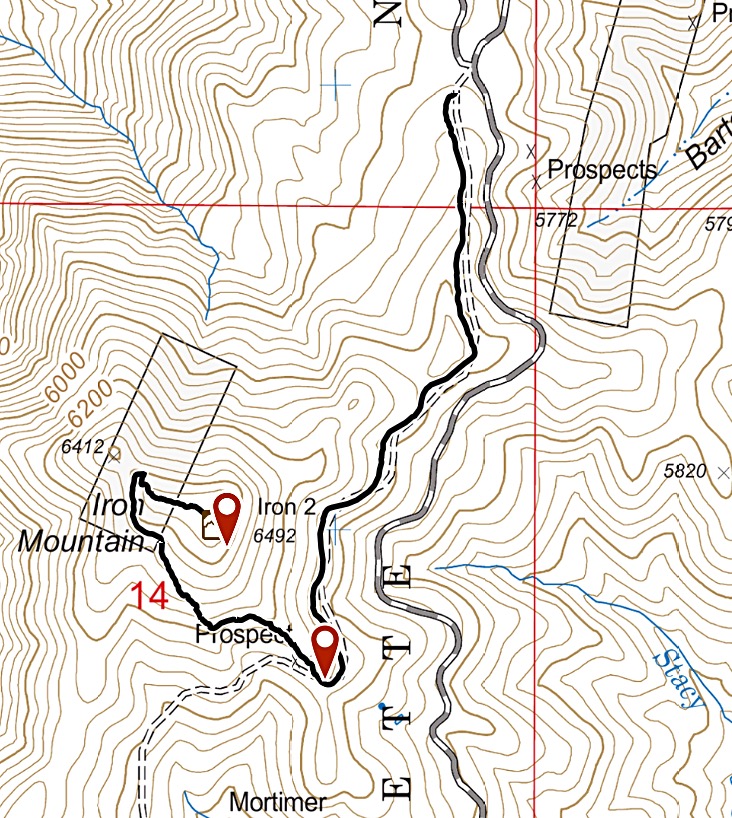 My GPS track for Iron Mountain. The ATV track we followed from the north to the first waypoint was passable but is not designated for 4WD vehicles.

I parked on the SE side of the mountain, followed a “put to bed” by the Forest Service road for a short distance west, then fought brush up a couple hundred or so vertical feet to an ATV track that paralleled the main road around the mountain. Since that track didn’t show on my map, I thought it might go up to the old mine. It stayed at the same or slightly lower elevation until the Northeast Ridge and then went down again. So I hiked the Northeast Ridge, which was brushy in spots, but wasn’t bad. I came down the Southwest Side of the mountain, which was much easier going, picked up the ATV track and then hiked down the “put to bed” road to my SUV. 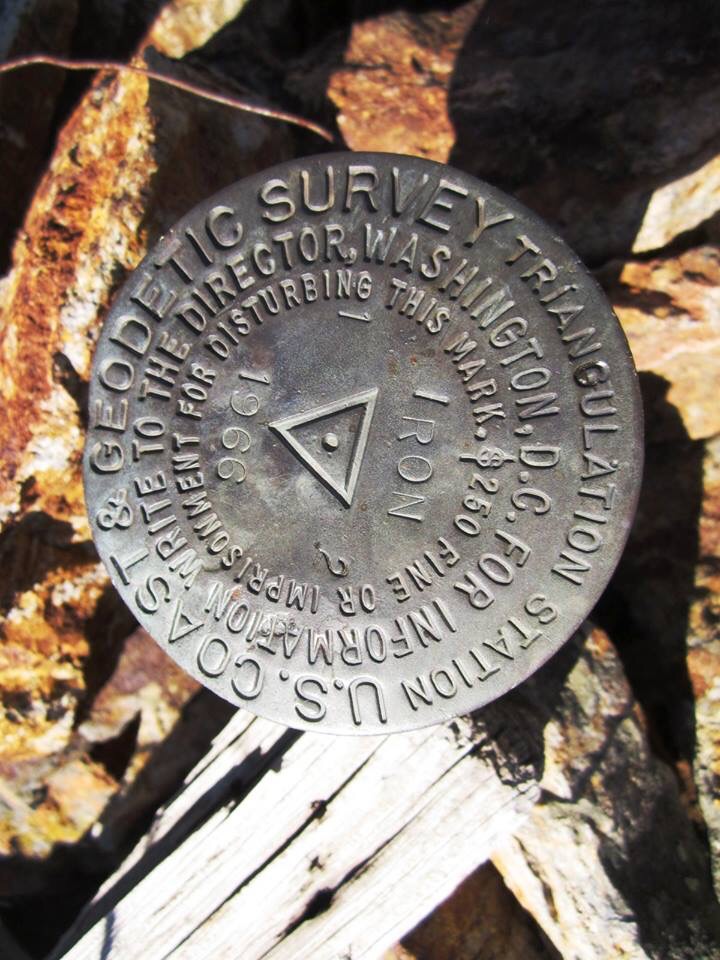 The survey marker on the summit. Ray Brooks Photo