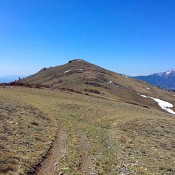 Jumpoff Peak is the highest point in a group of mountains that comprise the South End of the Lost River Range. This peanut-shaped group which stretches from east of Arco to north of Howe, Idaho is arguably a subgroup of the the Lost River Range. The West End is called Arco Hills. There are 15 points which have at least 300 feet of prominence. This group has minimal tree cover and is penetrated by roads in many spots. There are no trails but the roads offer good routes for hardy hikers and tough mountain bikers. USGS Howe

Most visitors to this subrange come to hunt, ride ATVs and dirt bikes, or maintain the two electronics facilities (on Jumpoff Peak and Howe Peak). The 2 high peaks are accessed via Eightmile Canyon over a steep road that tops out around 7,100 feet at a broad saddle. See the GPS track below. It takes 4.8 miles and 2,500 feet to reach this point from ID-33. I recommend a 4WD vehicle, but friends drove the road in their Subaru and only suffered one flat tire. 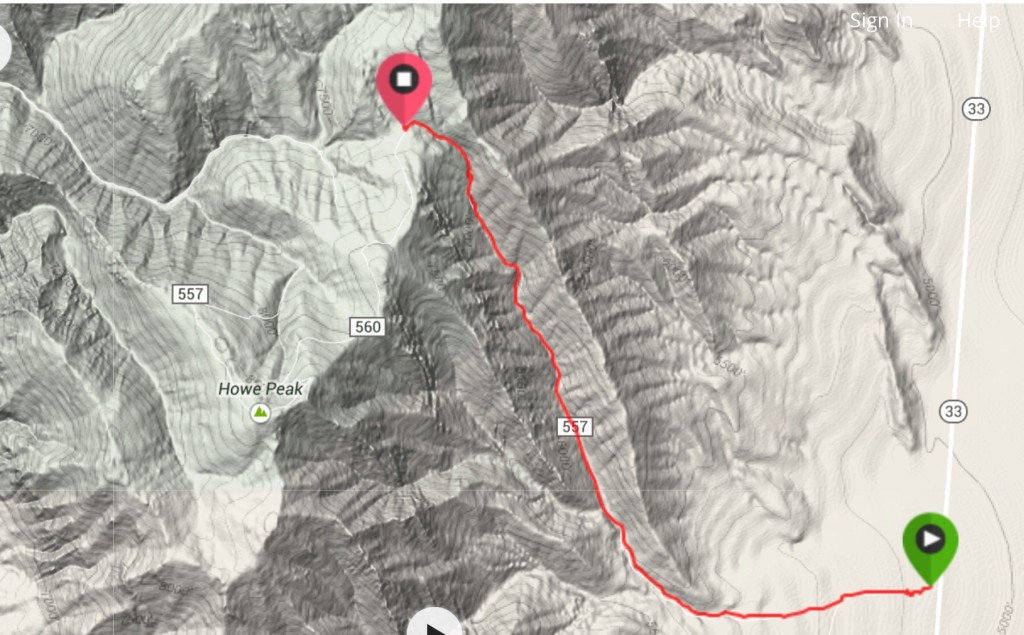 This GPS track shows the the access to the high saddle between Jumpoff Peak and Howe Peak. 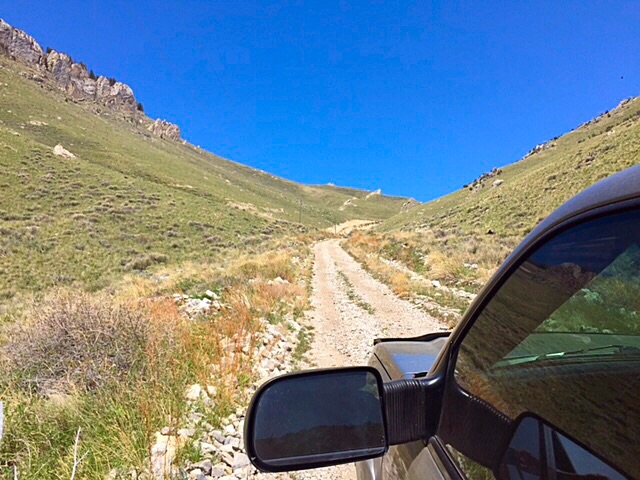 This shot shows the Eightmile Canyon road about midway up. 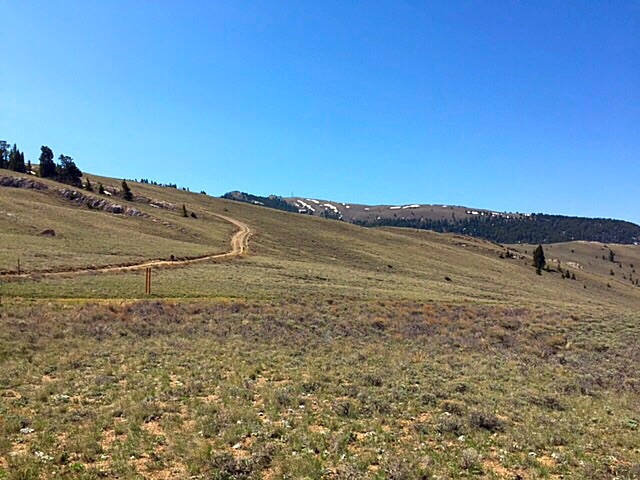 This is the saddle between Jumpoff Peak and Howe Peak. 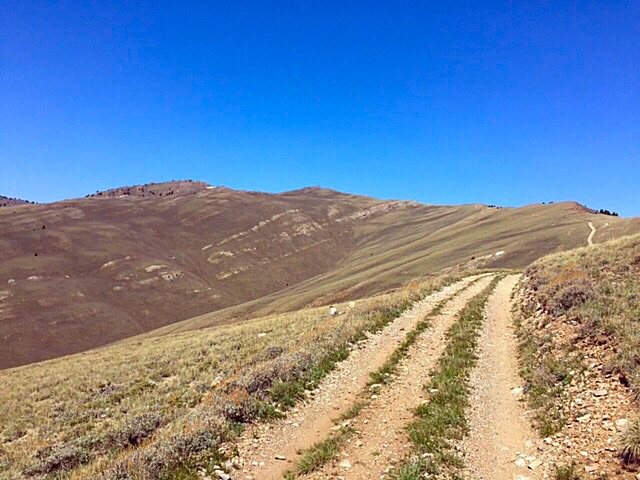 Looking from the saddle toward Jumpoff Peak. The road climbs up to the ridge on the left and then follows the ridge around the drainage to the East Summit. 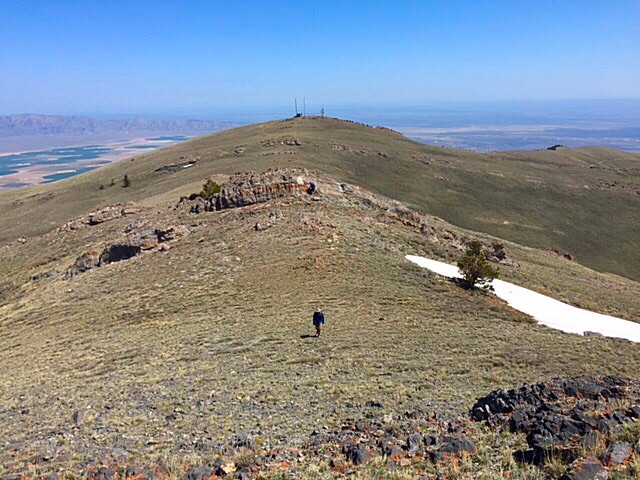 This photo shows the terrain between the East Summit (in the distance) and the [higher] West Summit. 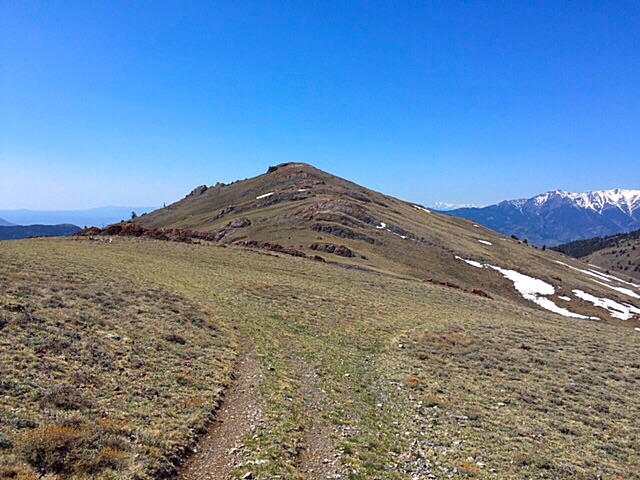 The West Summit as viewed from near the East Summit.

From the broad saddle between Jumpoff Peak and Howe Peak, you can drive to the [lower] East Summit of Jumpoff Peak and then hike to the [higher] West Summit, a 0.5-mile trek. Alternatively, you can hike from the saddle (a 5.6-mile round trip journey). The road also makes a good mountain bike ride. The surrounding country is big, open, and enjoyable to walk. There are a couple of rock ribs to navigate when scrambling from the East Summit to the West Summit. 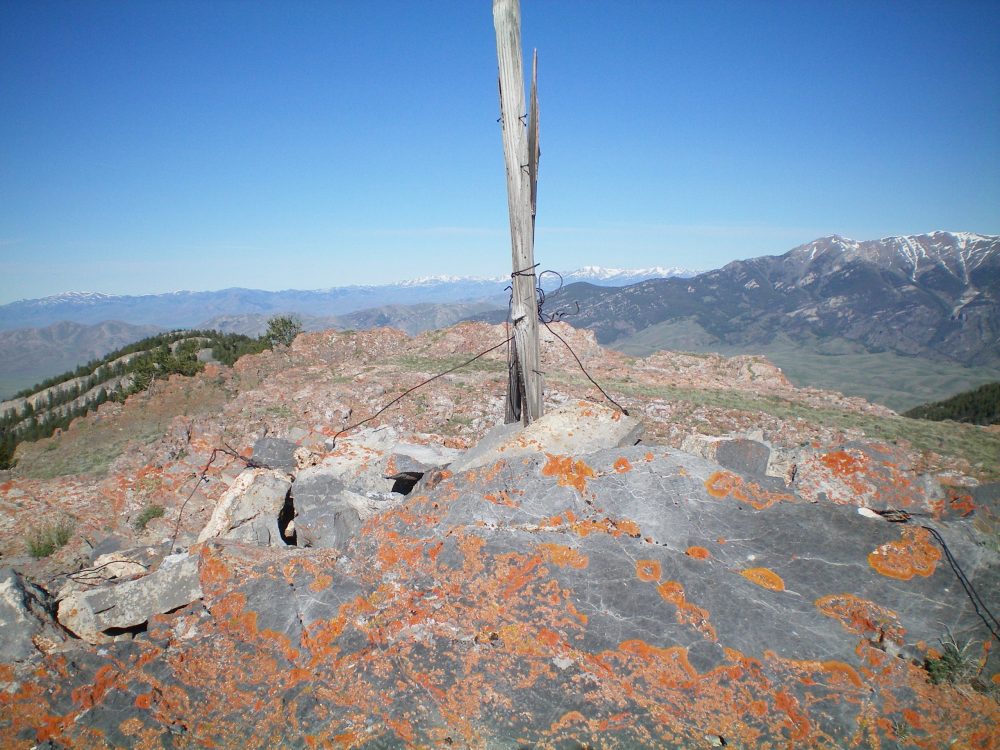 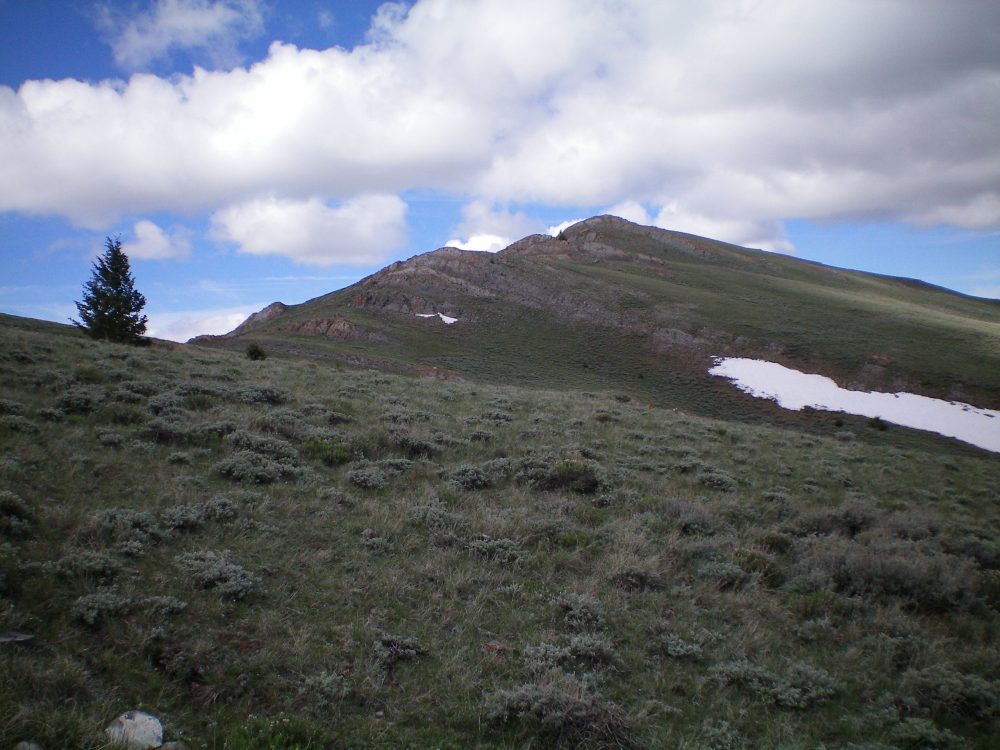 Jumpoff Peak as viewed from the northeast. Livingston Douglas Photo 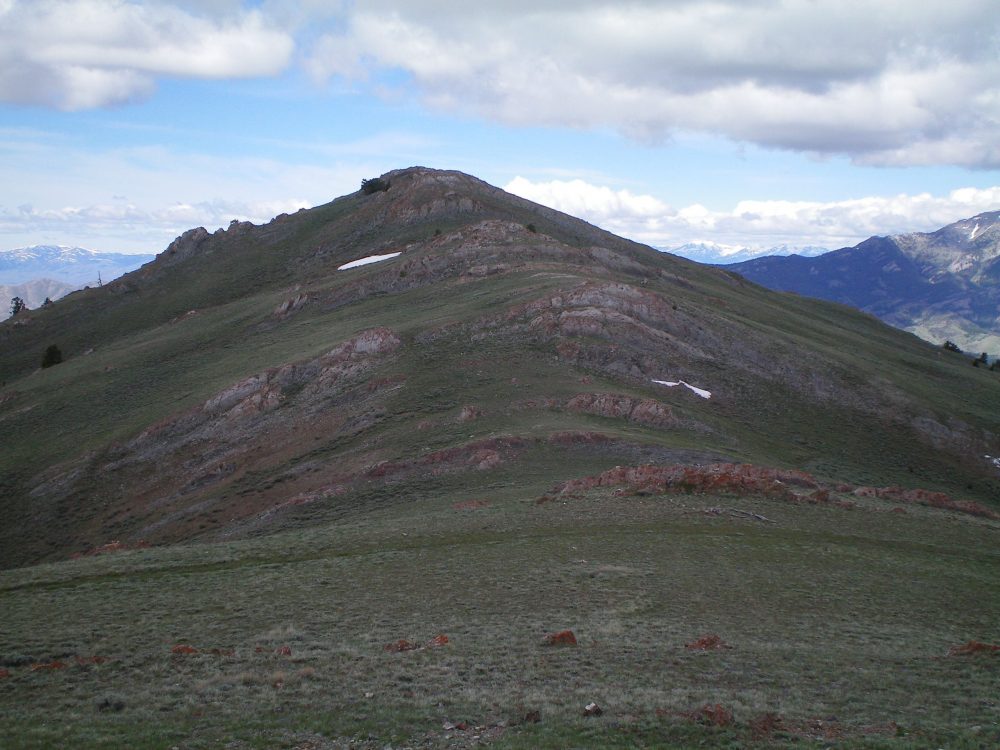 The East Ridge of Jumpoff Peak and its rock strata as viewed from Point 8938. Livingston Douglas Photo