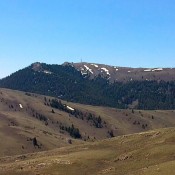 This peak is not in the book. There are two routes set out below: the road route and Livingston Douglas’ southeast ridge route. Updated December 2019

Howe Peak is the 2nd-highest point in the Jumpoff Peak subrange of the Lost River Range. It is the most heavily forested terrain in the subrange. Its summit has a large communications facility. See the Jumpoff Peak page for additional access information. USGS Howe Peak

A road leads to the summit but since the road sees little use, it makes a good hiking or mountain biking route. From Howe, drive 6.0 miles south on ID-33. Turn right onto unsigned FSR-557/Eightmile Canyon Road. FSR-557 climbs to the Jumpoff Peak/Howe Peak Saddle in 3.9 miles. This saddle is northeast of Howe Peak. Turn left onto FSR-560. From the Jumpoff Peak/Howe Peak saddle, it is a little over three miles to the summit. A 4WD is recommended. 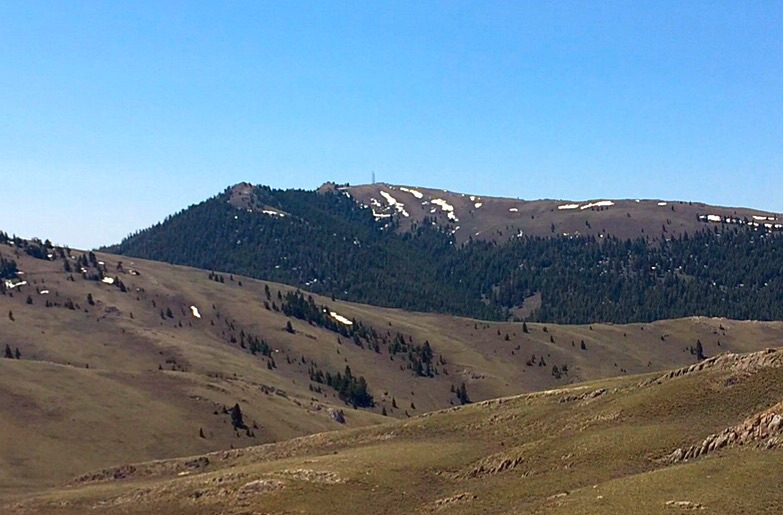 Howe Peak as viewed from the northeast. 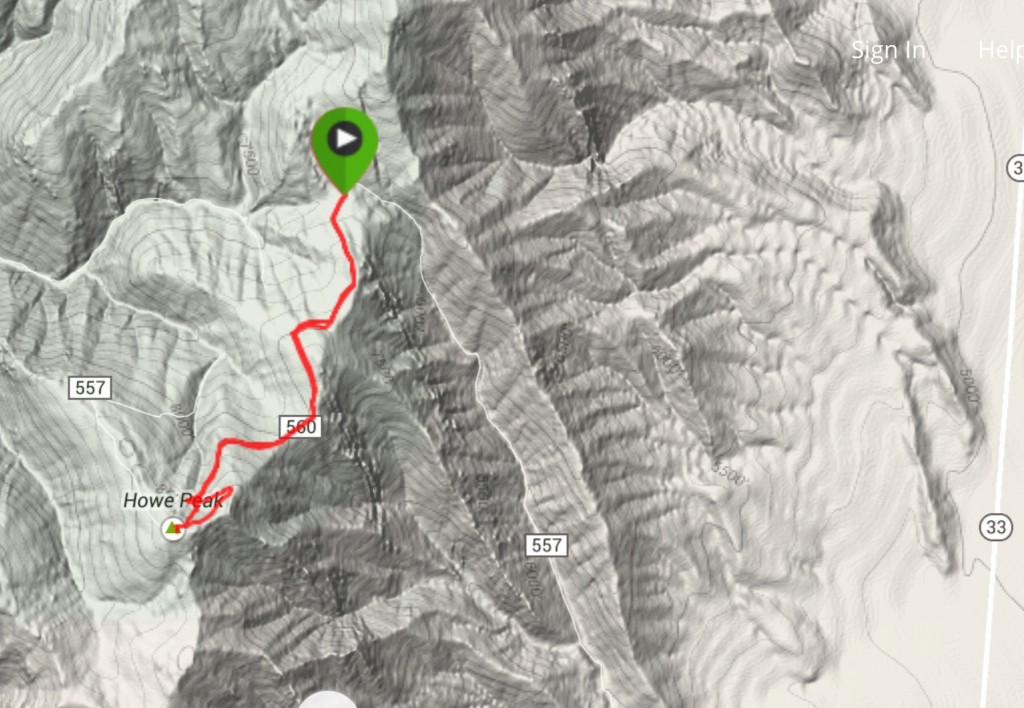 My GPS track from the saddle to the summit.

Same as for the east ridge of Peak 8383. This route is the final leg of a ridge traverse from Peak 8603 to Howe Peak.

From the large gully that separates Peak 8603 from Howe Peak, climb northeast up a face/shoulder of scrub to reach the antenna-clad summit of Howe Peak. Initially, the sagebrush is thick but it thins out pretty quickly and becomes an easy grind to the summit area. The summit area has an antenna and building on top of a massive chunk of shelf rock. There is also a USGS benchmark (“Howe”) embedded in the bedrock. There is no summit cairn. 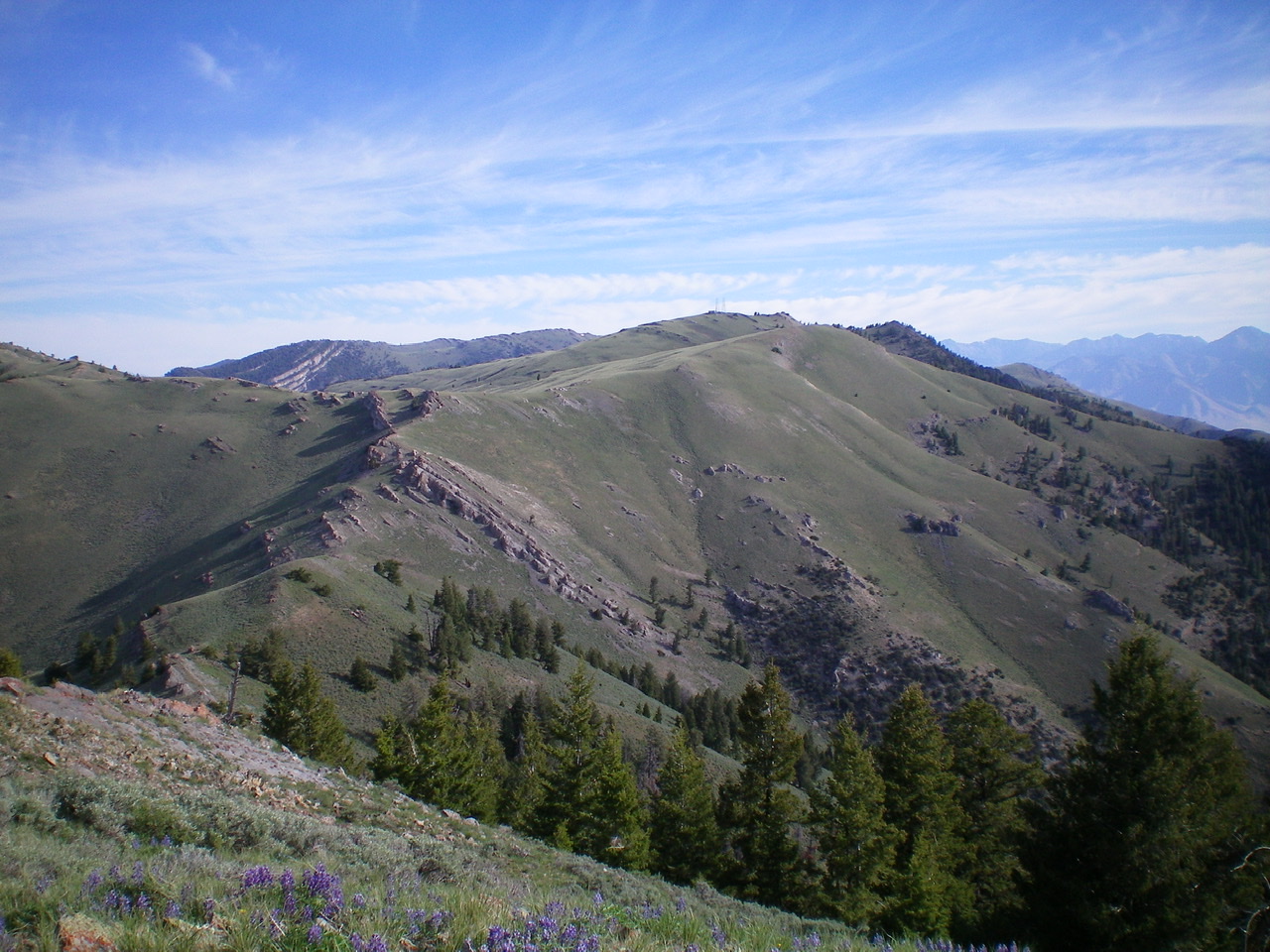 The south ridge of Howe Peak as viewed from Peak 8383. The antenna-clad summit is just right of center. Livingston Douglas Photo 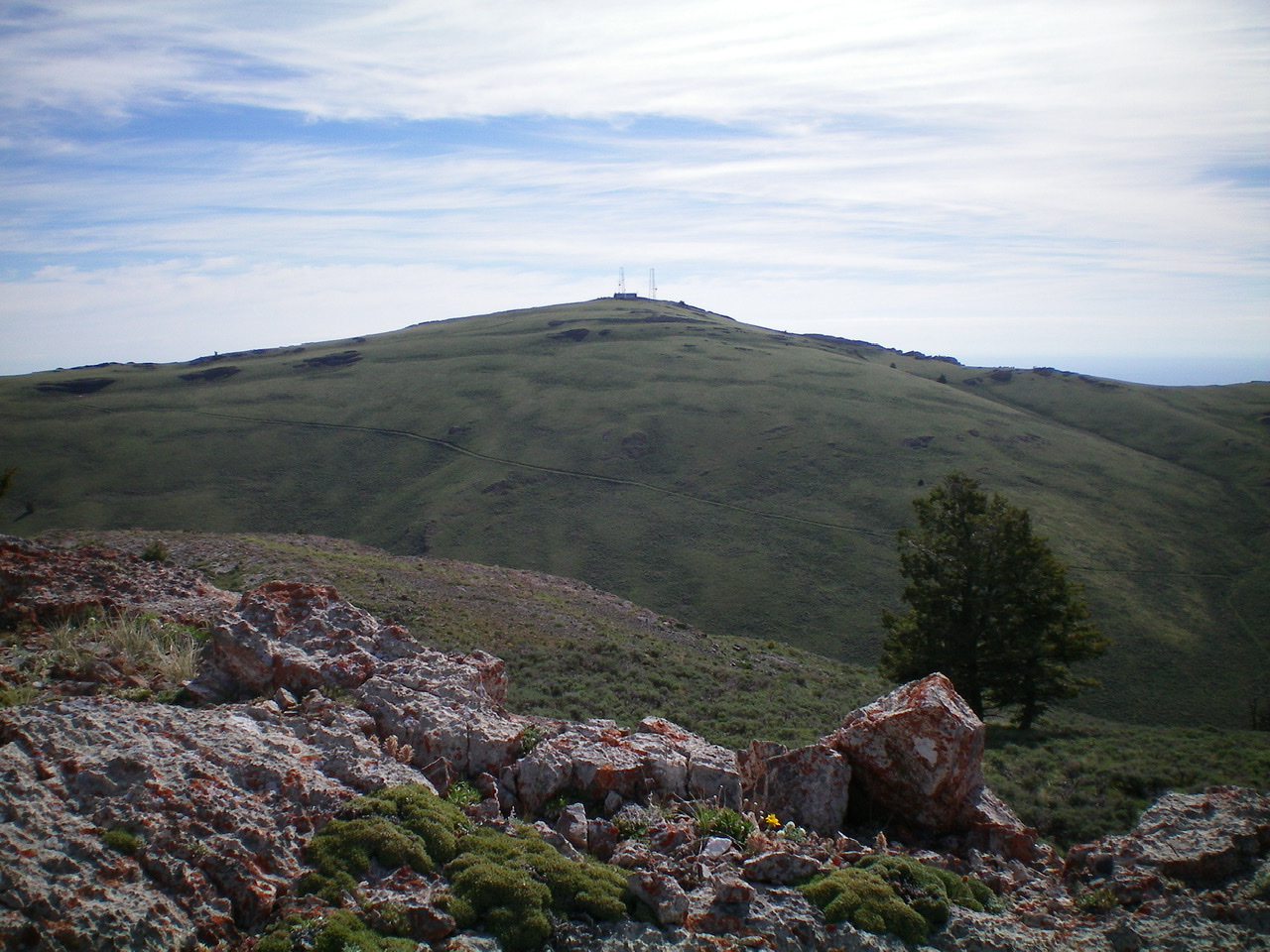 The west face of Howe Peak as viewed from the summit of Peak 8603. Livingston Douglas Photo 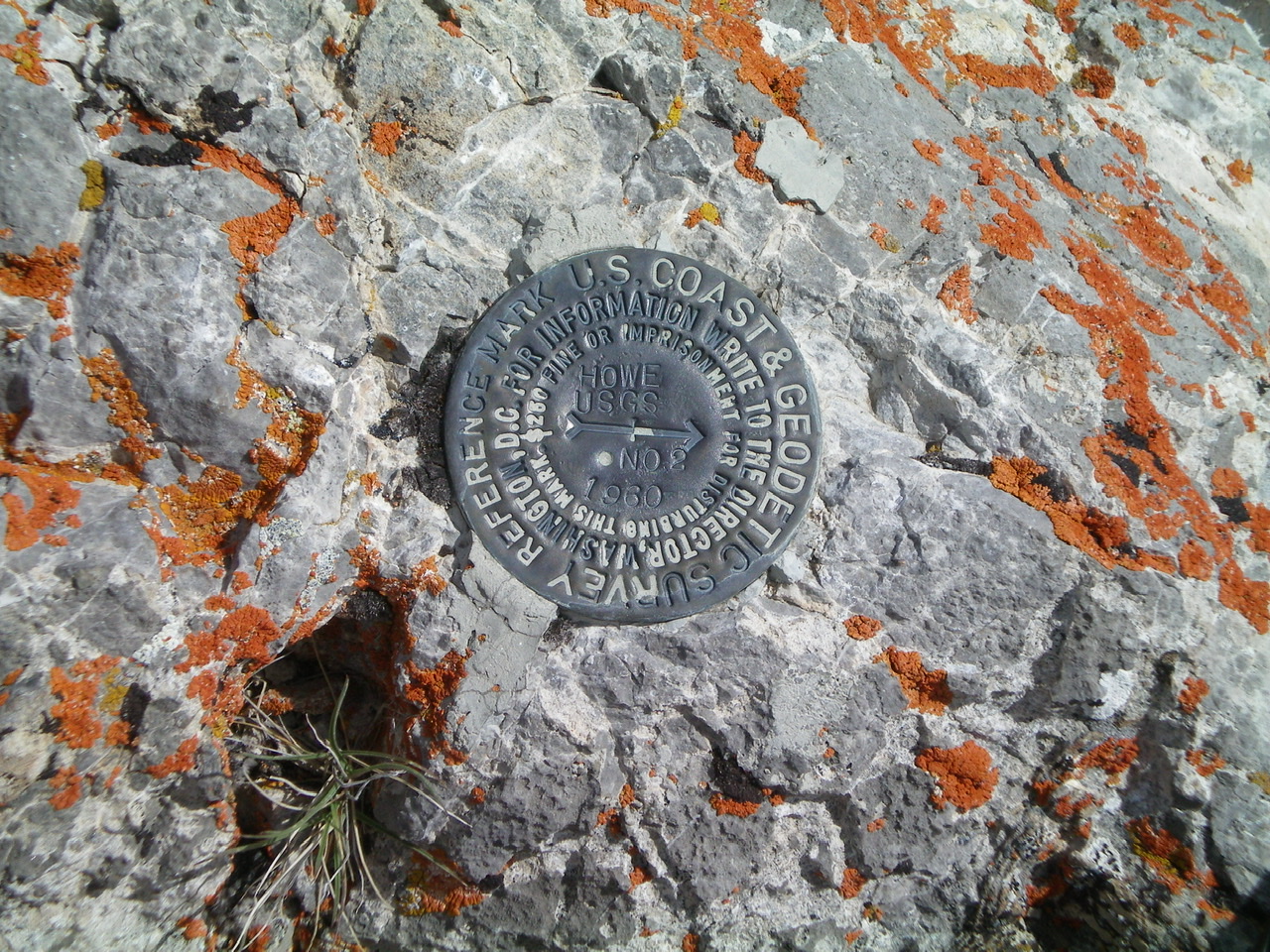 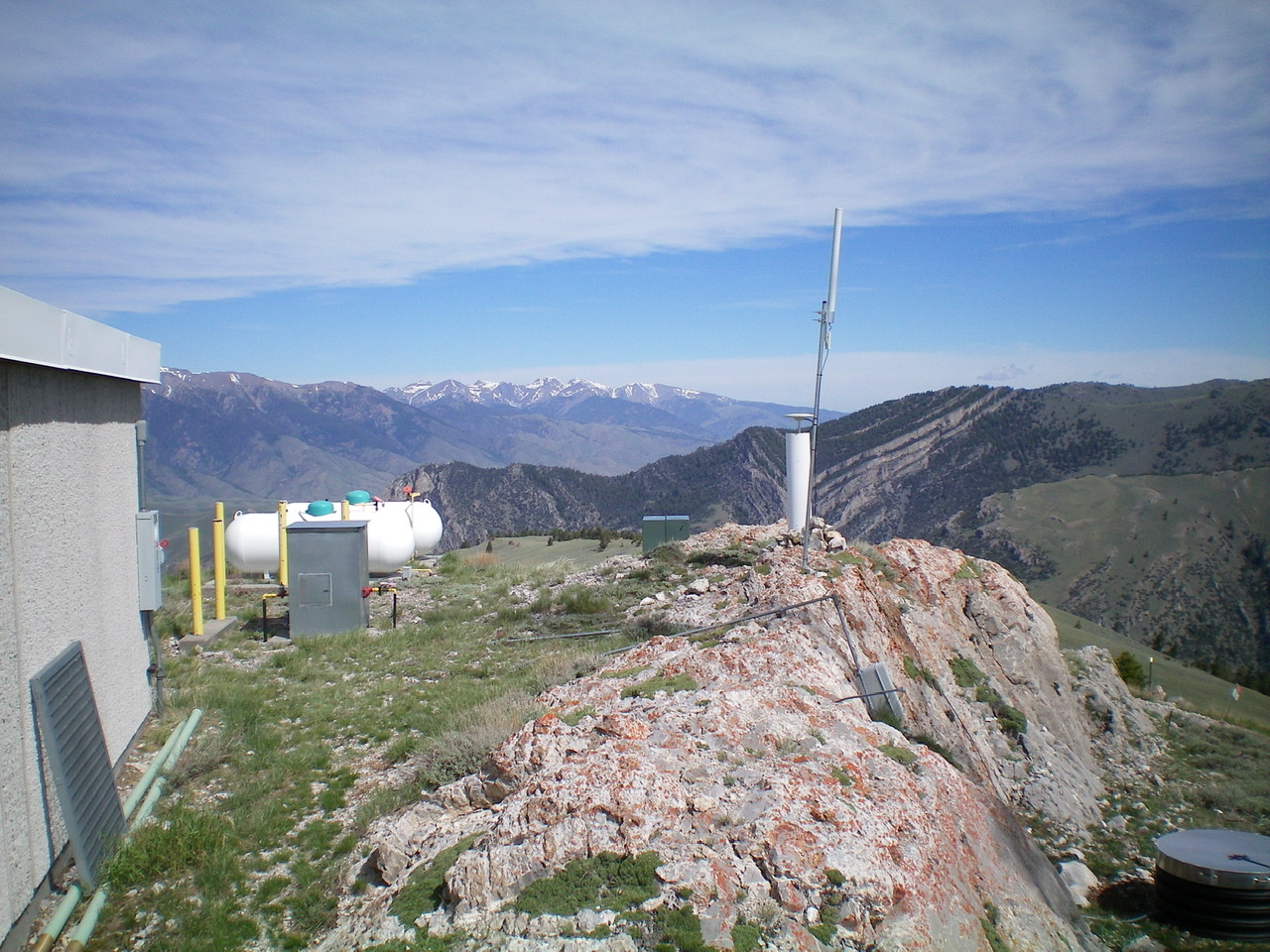 The massive summit block atop Howe Peak with the antenna installation planted firmly in it. Livingston Douglas Photo