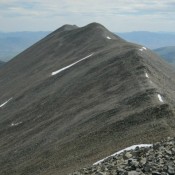 Climbing and access information for this peak is on Page 297 of the book. Dan Saxon provided the first update found below. Judi Steciak and Carl Hamke provided the second. Updated October 2020

Long Mountain is one of four peaks named “Long Mountain” in the State of Idaho. Long Mountain can be climbed fairly easily via its East and South Ridges. I did it as part of a backpack trip in the Hayden Creek Valley along with May Mountain.

To climb Long Mountain from the south, try to find a stable route up the scree from the lakes south of Peak 10402. Once atop the ridge, excellent goat trails lead you up over Point 10402 and Point 10442 onto huge tundra flats before ascending Long Mountain’s West Summit (which has the name on the topo map) and then turning east to the East Summit, the true summit of Long Mountain.

To climb Long Mountain via the East Ridge, leave the Hayden Creek/Kadletz Creek trails at the highest point on the ridge and follow the ridge to the top over scree and talus. There is no need to climb on snow, as the book says. USGS May Mountain 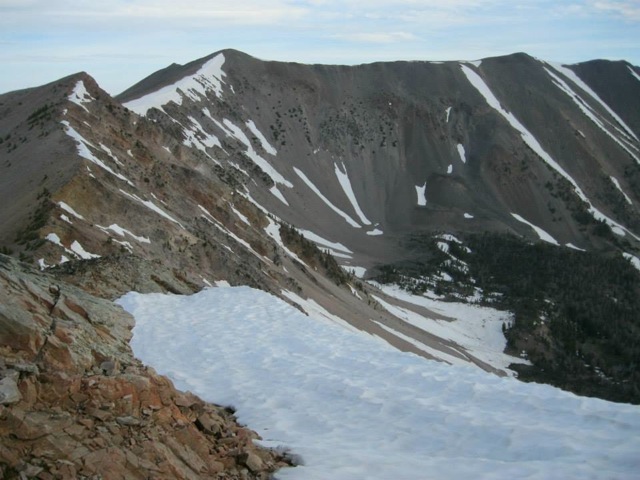 Long Mountain as viewed from the south. The summit is to the right. Dan Saxton Photo 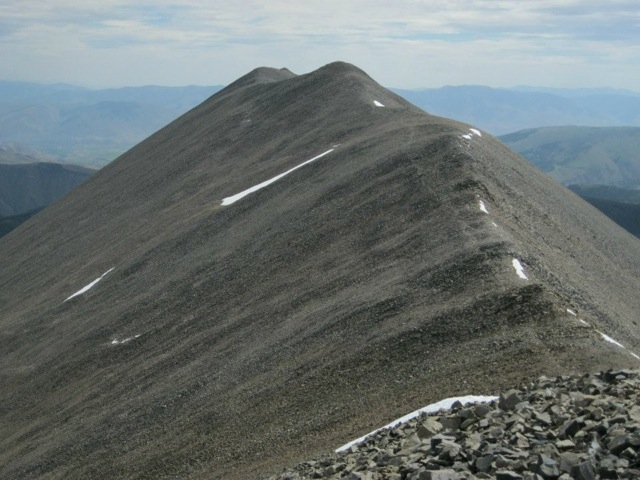 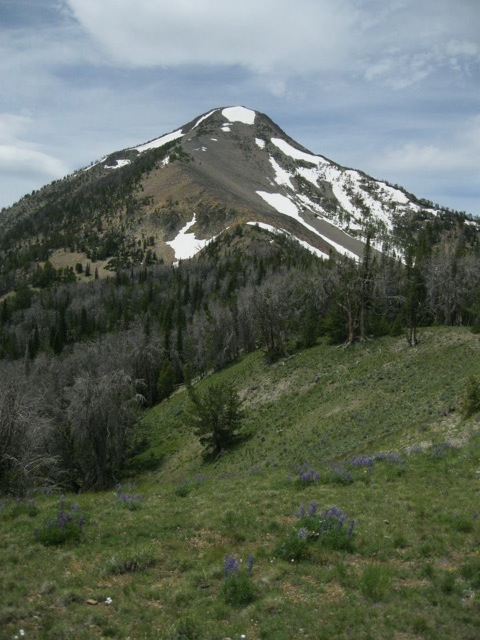 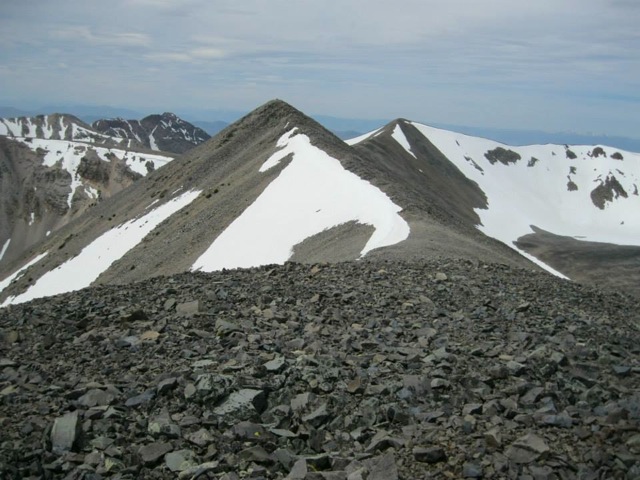 The peak of Long Mountain as viewed from the East End of the long summit ridge. Dan Saxton Photo

Work your way up the drainage, jumping bog hummocks and then weaving through blowdown to reach the area of the tarns at +/- 9,300 feet.  Or,
Continue about ½ mile up the trail and head cross country to the base of the talus slopes near the 8,600-foot contour.  The open forest and talus-forest interface provide generally good footing.  Head up the drainage to the area of the tarns.

You also have at least two options to gain the west ridge:

From the tarn area, work NNE along the cliff base until you can contour up and gain the broad ridge that trends SW to Pt. 10,645.  Enjoy a long ridge walk around the head of the cirque over to the summit. Or,
Continue up the drainage across talus to the base of the cirque and slosh up the scree to the ridge crest just E of Pt. 10,696 (mislabeled as Long Mountain on the USGS map).

For variety, you can combine these options: ascend one way and descend the other. 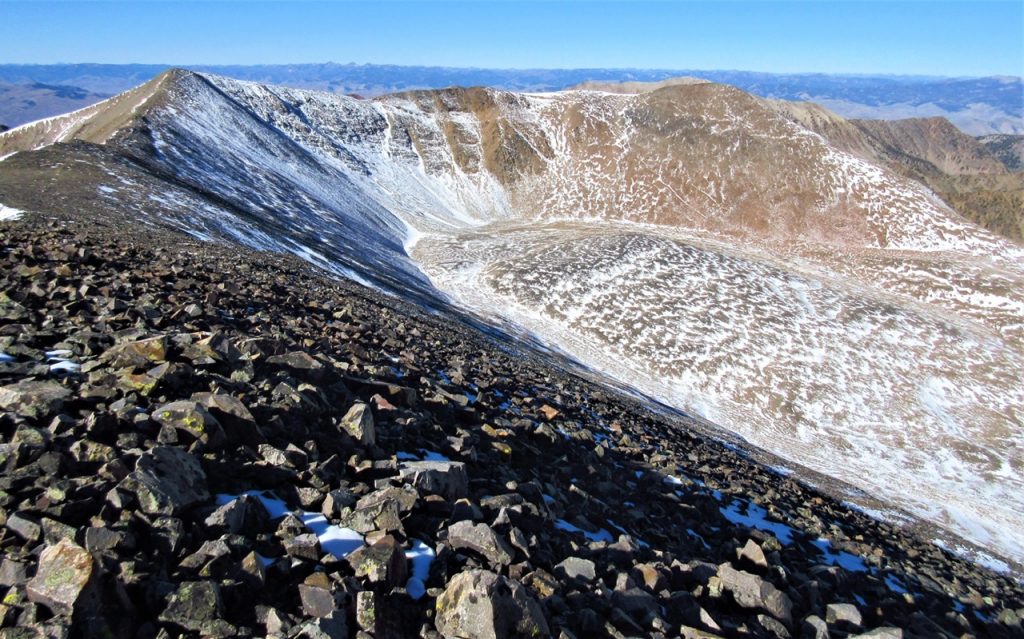 The Long Mountain W ridge traverse gained via the NE ridge of Pt. 10,645 on the right over Pt. 10,696 on the left (Long Mountain W summit). Judi Steciak and Carl Hamke Photo