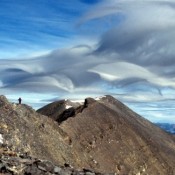 Climbing and access information for this peak is on Page 283 of the book. Updated June 2022

I have not tried the other roads leading to the base of the mountain. However, I imagine you can reach the starting point via one of the roads shown on this map. Kevin Renner reported that on 6/24/2022 he “took the road just a south of mile marker 116” to reach the starting point of the climb. Kevin states the road “turns right as soon as you go through the gate.” He further reports that “I don’t think 4wd would be needed but maybe a little higher clearance.” He was riding a dirt bike. The way point for the turn is 43°58’25.8″N 113°43’05.5″W. 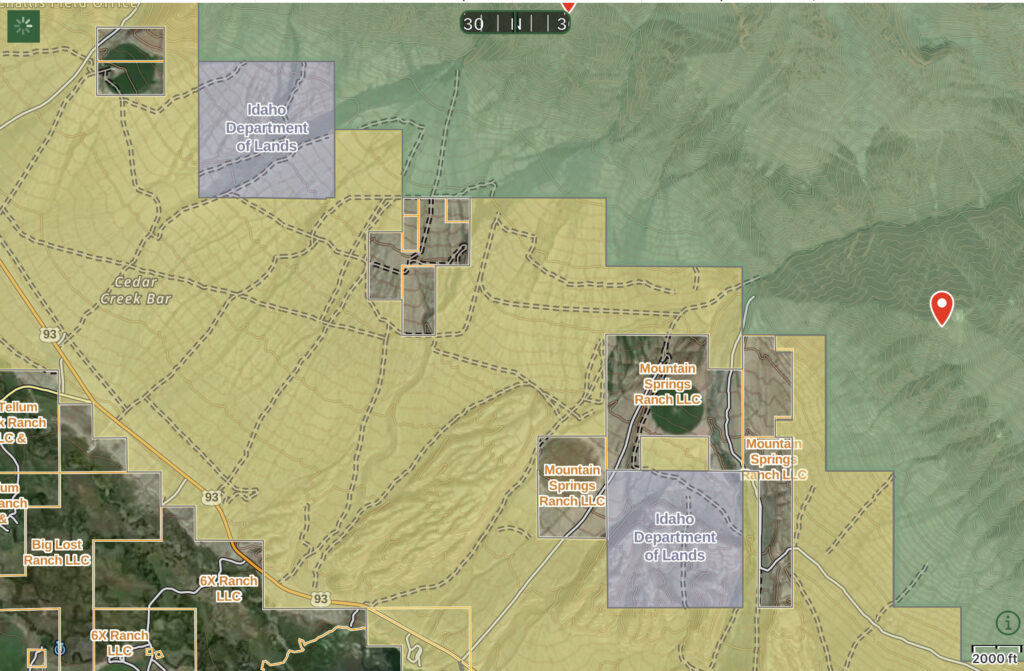 A couple of options exists for government intervention. The BLM map below shows the  the BLM has numbered the main access road, MK127. Thus it may have an access easement through that property. So, maybe contact the BLM first. It might be able to reestablish access or it may consider grading one of the other access roads. 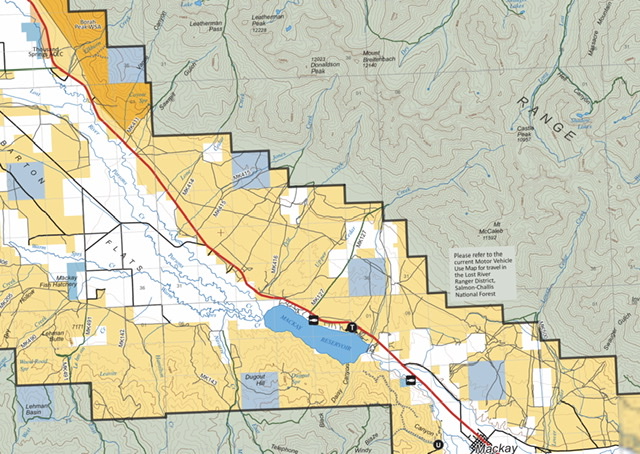 A second option is to contact the Forest Supervisor. Since the road provides access to Forest Service land you could request the FS grade one of the alternative access roads shown on the map below or buy an easement from the land owner.

Lost River Mountain is the 6th-highest peak in Idaho and is located in the Lost River Mountain Range. It is one of the nine Idaho 12ers. Its “Super Gully” is the most distinctive feature of the mountain and of any feature found on the 12ers, with the possible exception of the colorful and rugged Chicken-Out Ridge on Mount Borah.

While the vast majority of climbers summit Lost River Mountain via the Super Gully, other routes are available. Super Gully is known for its rockfall; helmets are a necessity. Most successful summits have been when there is snow in the gully. Thus a helmet, crampons, ice axe (and the ability to use it) and a rope may all be necessary. In recent years, Lost River Mountain has become a favorite of ski mountaineers. USGS Leatherman Peak 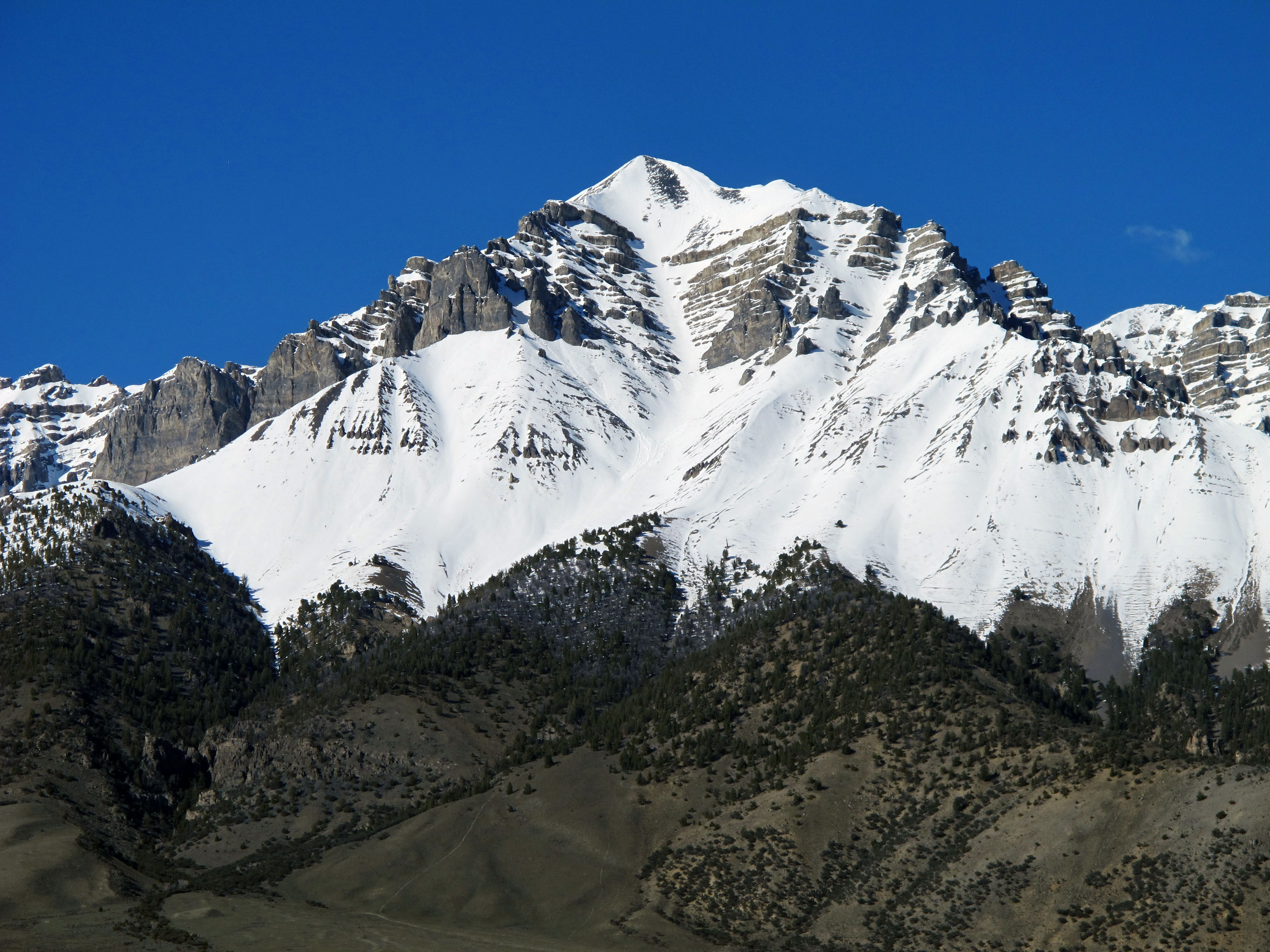 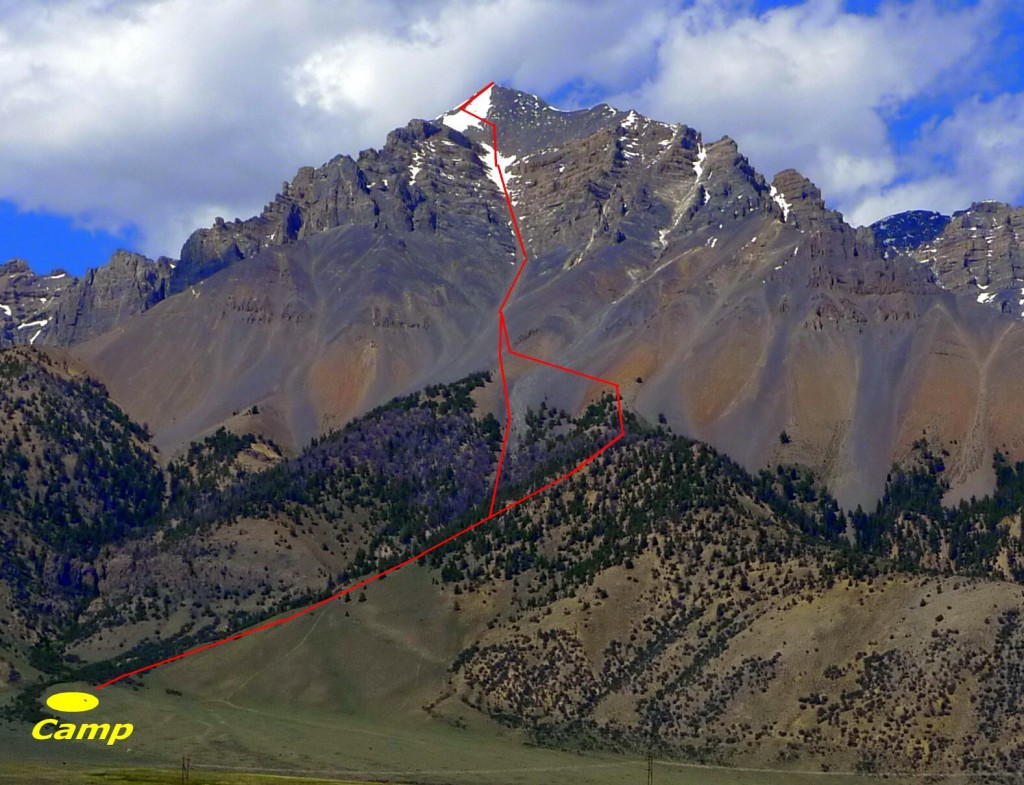 Looking up the Super Gully. Note that in places a trail is developing through the talus. Dan Paulson Photo 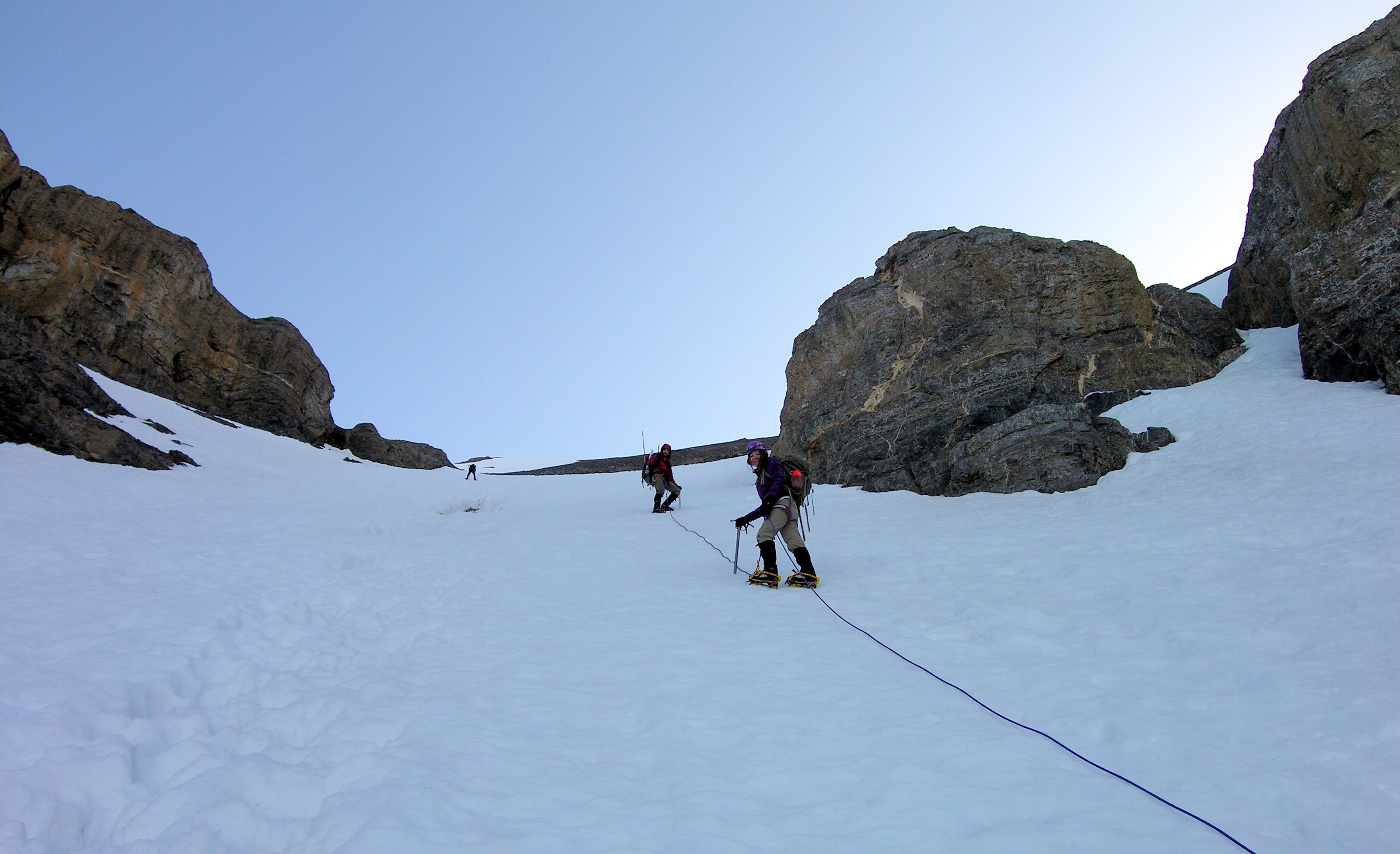 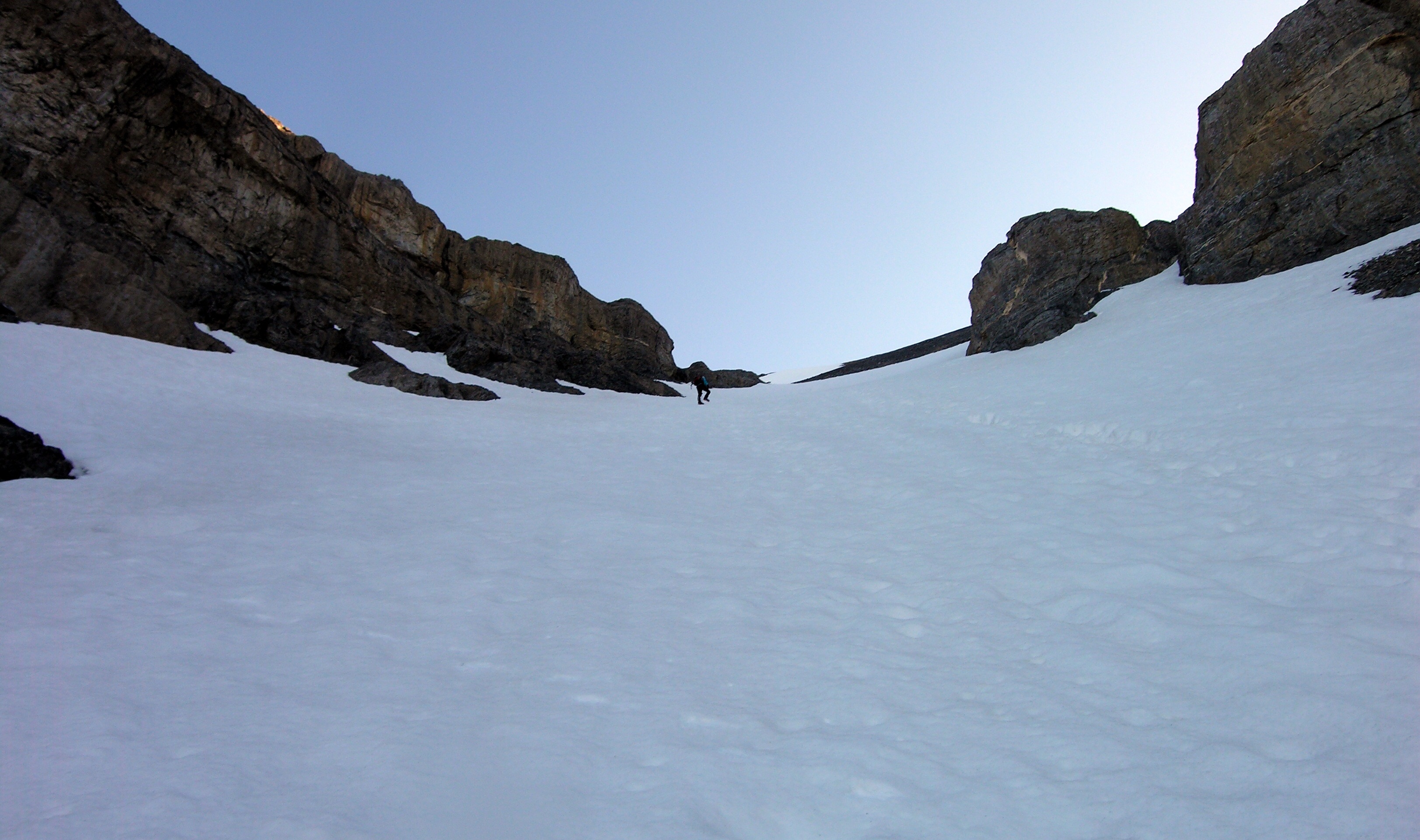 An ice axe and crampons are essential. Dan Paulson Photo 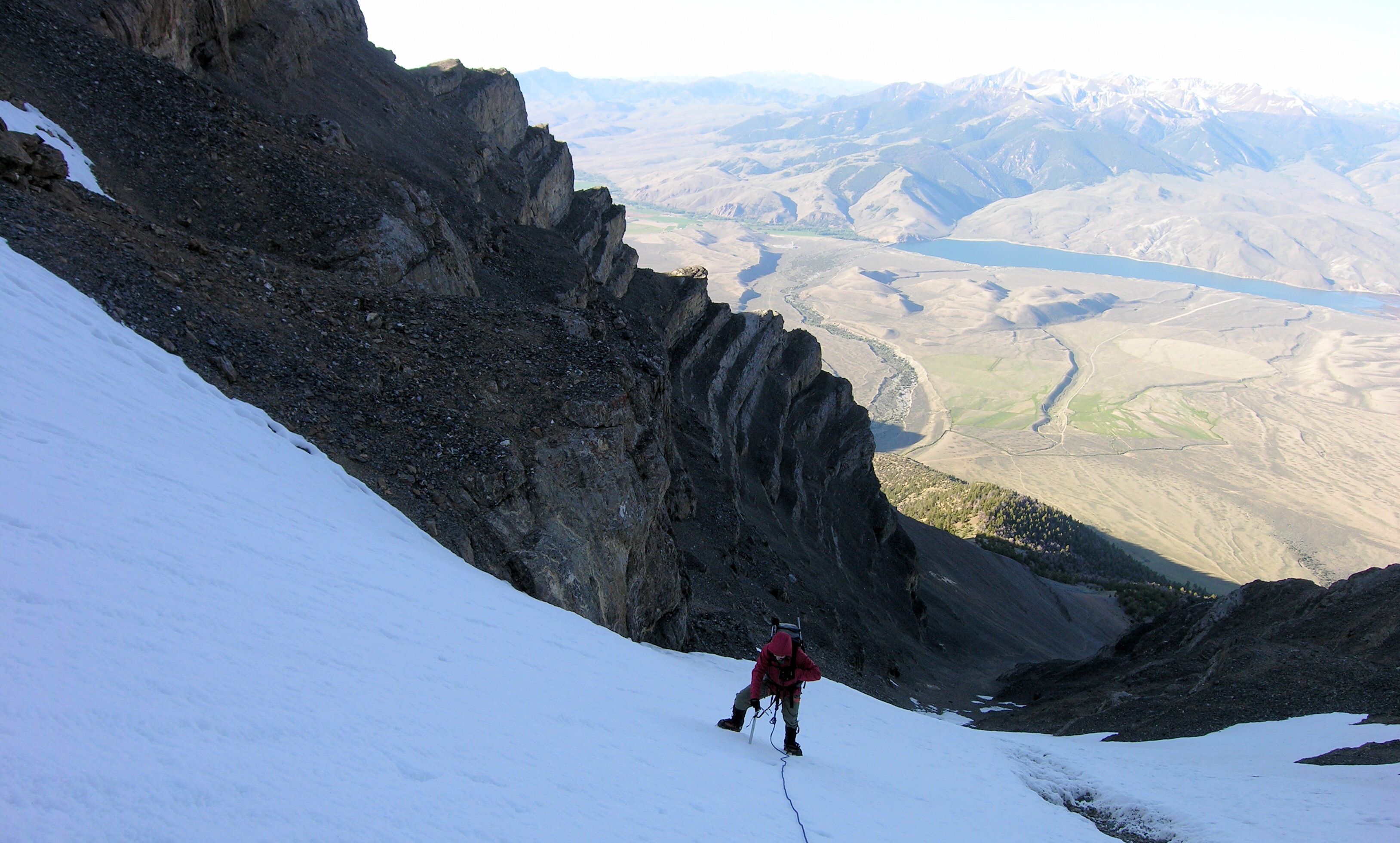 Looking down the Super Gully Route with the valley, far, far below. Dan Paulson Photo 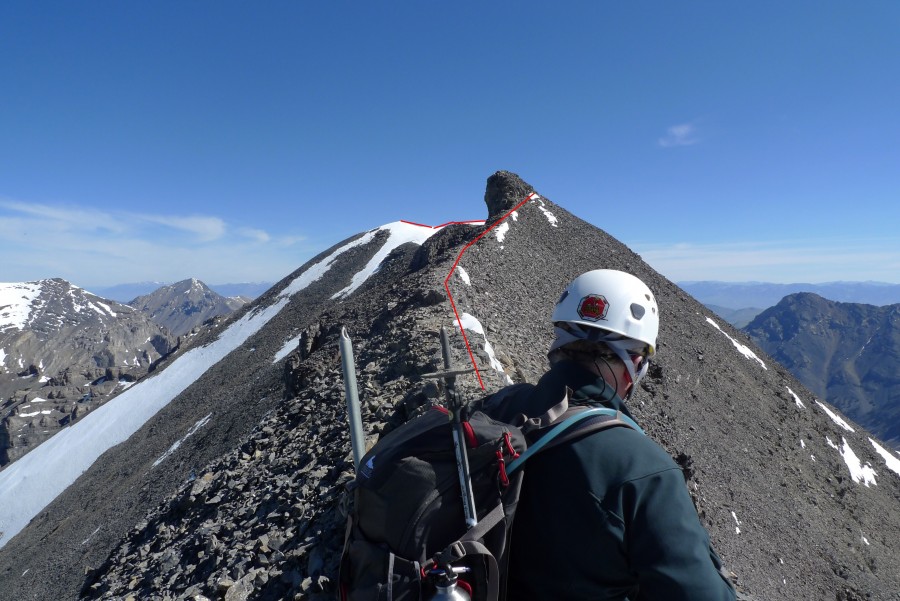 The route along the summit ridge. Dan Paulson Photo 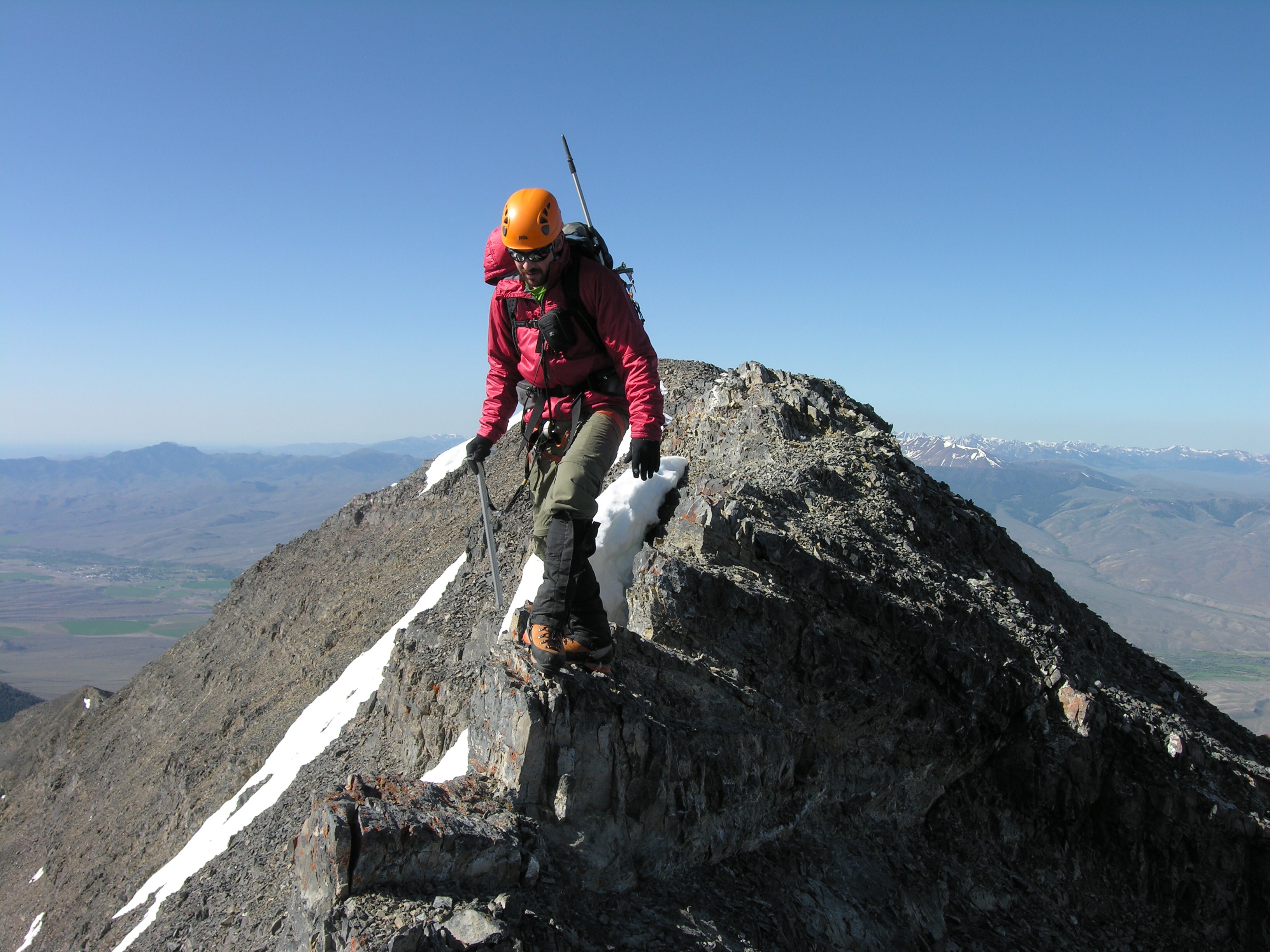 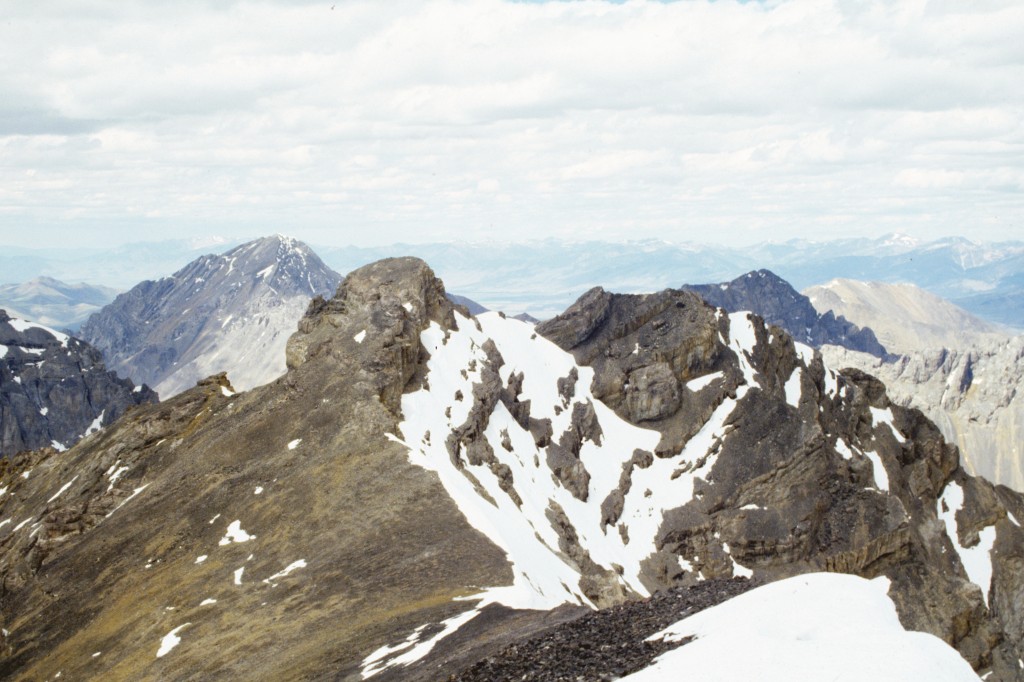 The following information was provided by Pat Lang (Pocatello, Idaho).

On October 16, 2004, Henning Krebs and I went to climb Super Gully on Lost River Mountain. From the general parking area on the Mackay side of the mountain, we wandered up through the trees and up to the point where you can see the gully structures leading up the high ridges. 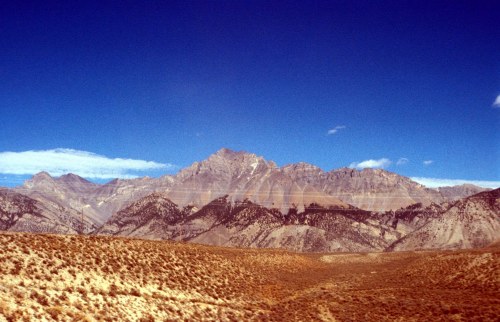 We crossed into the debris at the bottom of this structure and stayed to the climber’s right as we moved up. We climbed to the top of the gully that we were in, passing a couple of Class 4 sections on white loose rock about two-thirds of the way up.

Once at the top of the gully, we were cliffed-out, with our only option being a move left /north into a tight gully that exits after 100 feet or so, onto a small platform. After a short, quick, low Class 5 move on the left side of the platform, we found ourselves on the ridge that leads to the false summit of Lost River Mountain. We followed the ridge to the false summit and continued on to the true summit. On our return, we descended the Super Gully.

The gully we went up is the first major gully to the right of Super Gully as you look up at the mountain from the Lost River side. I believe our ascent was probably a first ascent because we saw absolutely no sign of any other human passing. At no point did we find disturbed loose rock, scratched rocks, footprints, trash, etc. 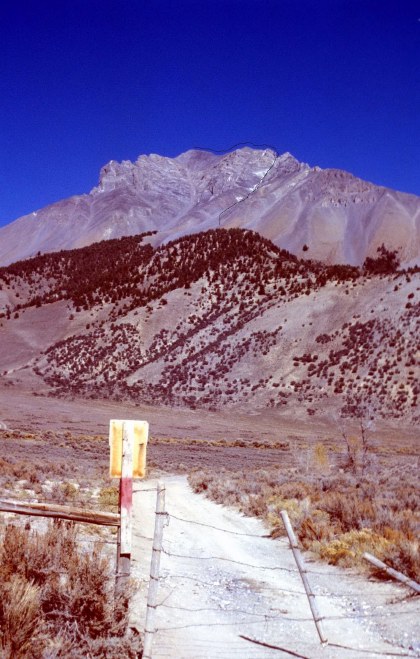 The following information was provided by Judi Steciak and Carl Hamke.

Attached is a picture and suggested edit (in bold) for the North Ridge Route on Lost River Mountain. We think that because of the rock quality and the exposure at the crux traverse, this route’s rating should be upgraded to Class 5. We do not use a rope on Class 3-4. However, we would not have done this route without one. 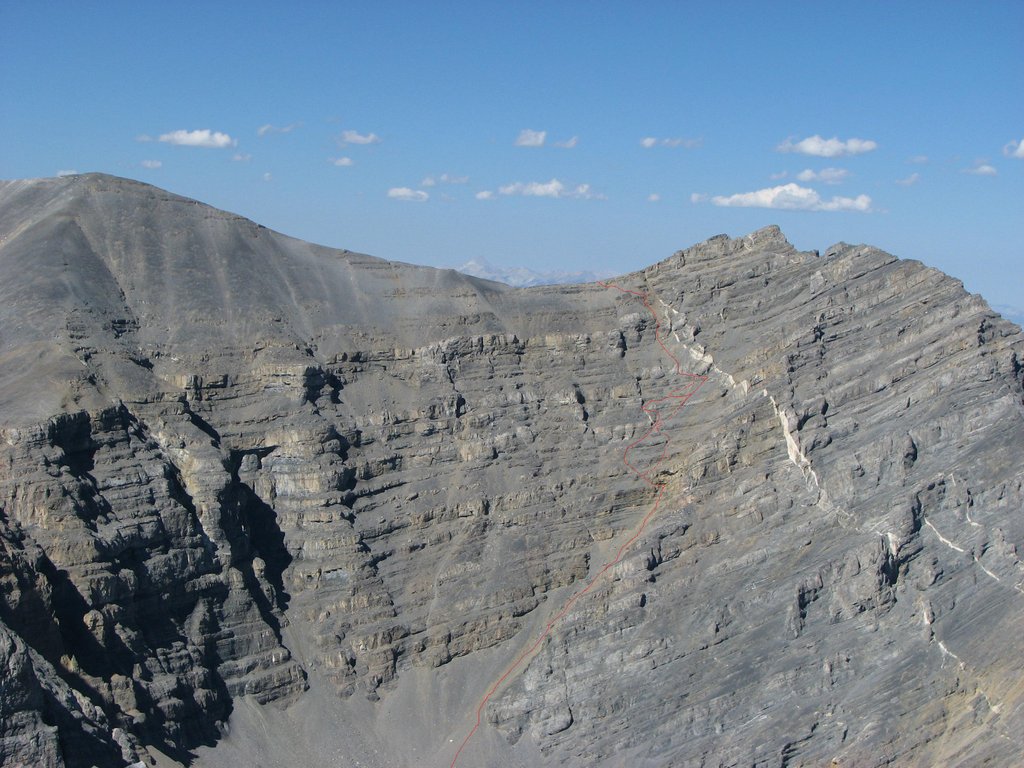 Judi also provided this addition to the approach section of the book, noting it “…might save someone from blowdown and rougher terrain on the other side of the creek.”

(A)(6.1)(a.1) North Ridge Lost River Mountain Cross-Country Route.
Where a prominent tributary of Dry Creek enters from the Lost River Mountain drainage, stay above the creek on its South Side. You will cross a clearing near this confluence and may encounter an outfitter camp at its southeastern end. Say hello and walk through camp to find a trail. The trail was maintained (blazes and cut logs were present) in the past and is the least strenuous approach to the upper section of the drainage. Sometime after 2005, a group wishing to promote big game hunting bought up the grazing rights for upper Dry Creek. The sheepherder camps and herds are gone. Instead, there is at least one outfitter camp in the drainage.