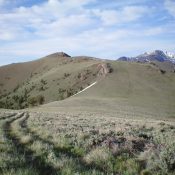 Lupine Mountain is the only named peak on a long ridge line extending north from Antelope Pass. This climb is part of a four-peak adventure that includes Peak 9579, Lupine Mountain,  Peak 9699, and Peak 9781. Do not attempt this ridge traverse on a windy day. USGS Shelly Mountain 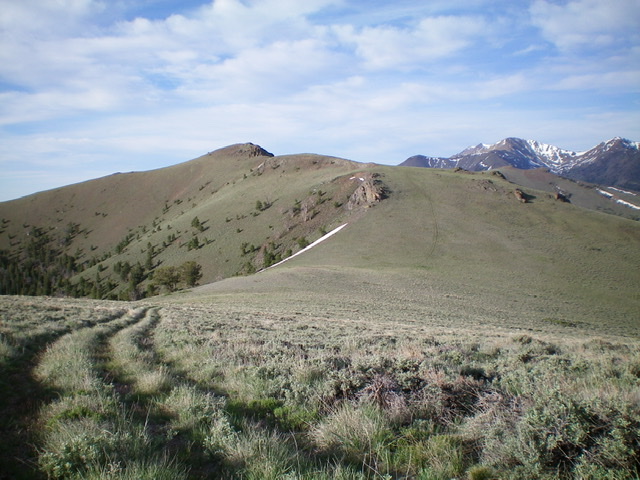 Lupine Mountain (left of center) as viewed from the north. Livingston Douglas Photo

Same as for Peak 9579. This is the second leg of a four-peak journey that begins at Antelope Pass. 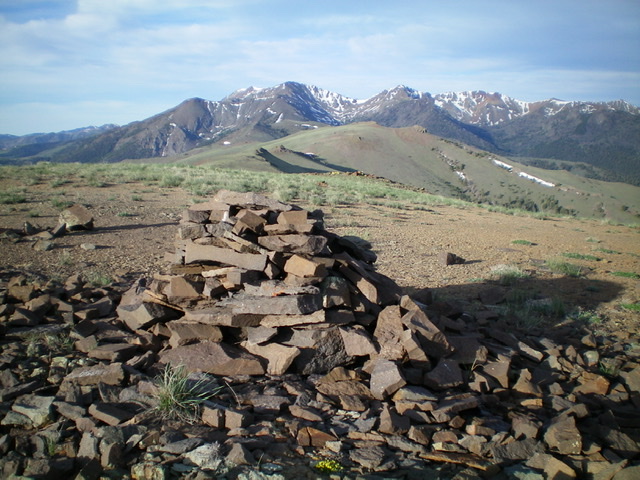 The summit cairn atop Lupine Mountain with Peak 9579 (right of center) in mid-ground. Livingston Douglas Photo 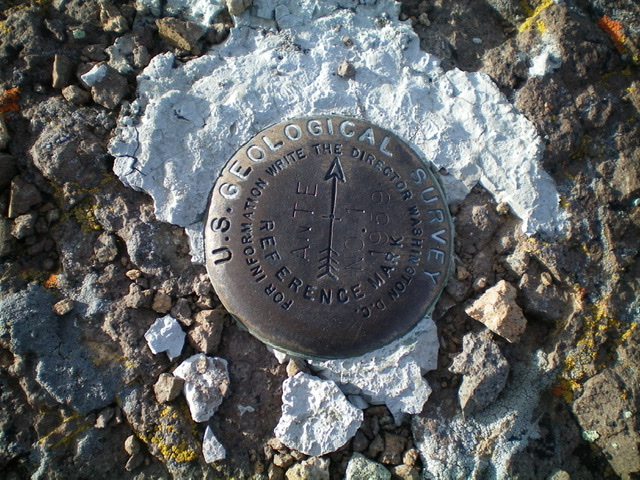 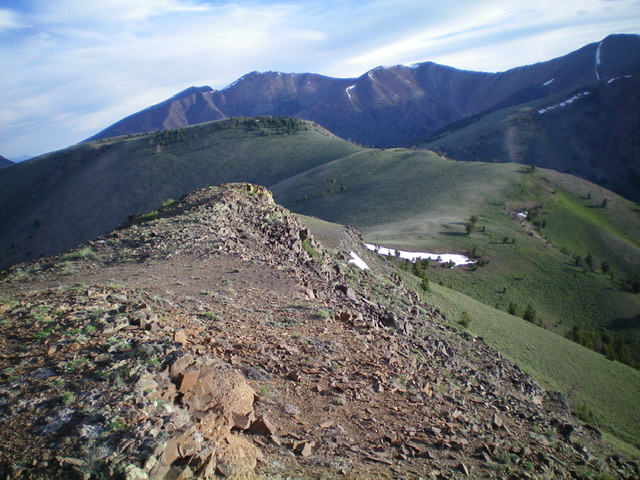 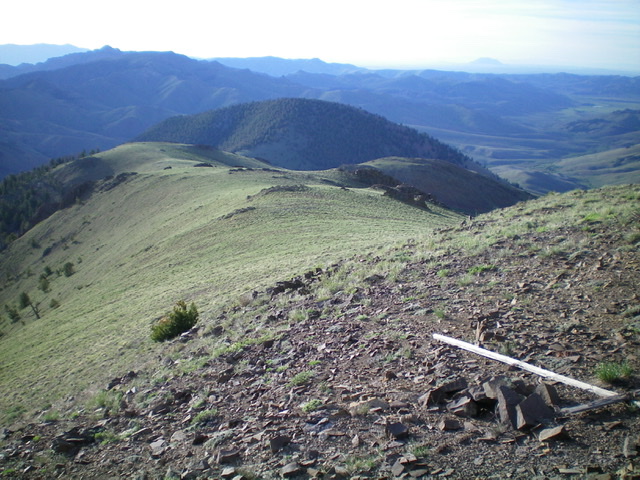 Round Mountain is the forested hump in mid-ground (dead center). The weaving, undulating connecting ridge from Lupine Mountain is probably the easiest way to reach Round Mountain. Livingston Douglas Photo

From the summit, downclimb a large buttress (Class 3) at the top of the north ridge to reach much easier terrain. After this buttress, there are no more rocky outcrops on the ridge. Drop to a minor saddle that is the connecting saddle between Lupine Mountain and Peak 9699 to the north. This concludes the second leg of today’s four-peak adventure. Peak 9699 is up next.