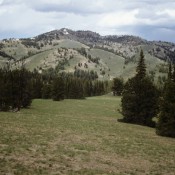 Climbing and access information for this peak is on Page 255 of the book. Updated November 2022

Mandolin Benchmark is the high point on a ridge crest that runs from Swede Peak to Peak 9043. It is most easily reached from the ridge crest trail (FST-327) that skirts the east side of Mandolin Benchmark. From the 8,780-foot shoulder crossing southeast of the summit, an off-trail bushwhack of over 400 feet (not 200 feet as the book indicates) through thick sagebrush gets you to the summit. USGS Star Hope Mine 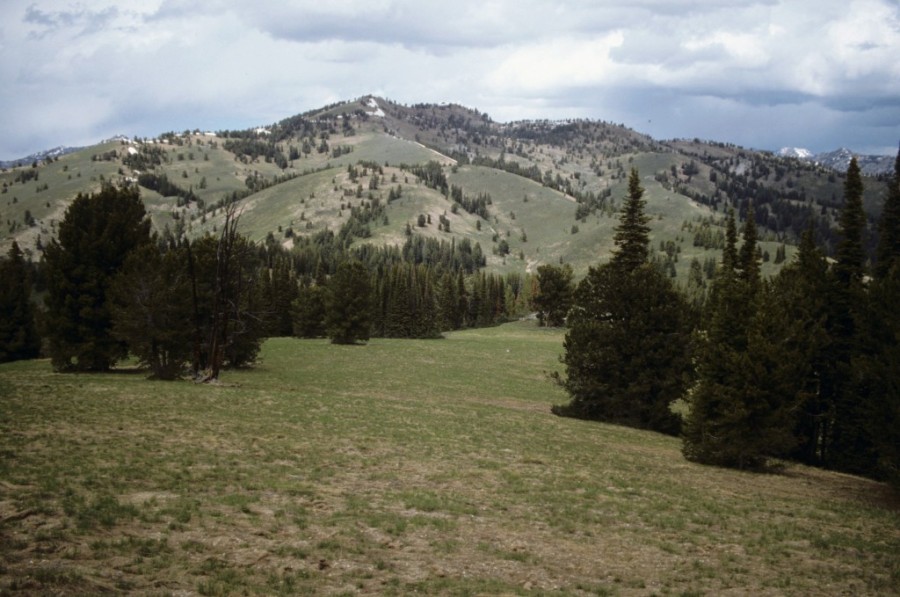 Mandolin Peak (as viewed from the south) is representative of Pioneer Mountain terrain south of the Big Wood River.

From the shoulder crossing on the east side of Peak 8569, hike north up undulating FST-327 as it heads directly north toward Mandolin Benchmark. After crossing several gullies and shoulders, as well as a short stint on the ridge crest itself, FST-327 drops to cross a gully that is at the base of the southeast face. Leave the trail at this gully and bushwhack north-northwest up through steep, thick sagebrush (which gets easier higher up) to reach the narrow ridge crest summit. The USGS benchmark is still there. 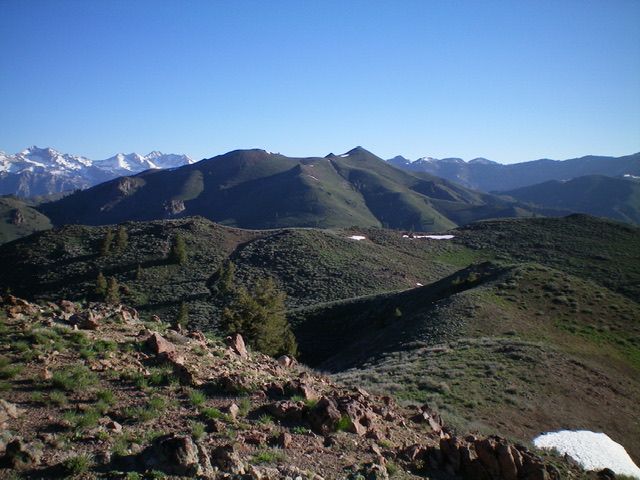 Mandolin Benchmark as viewed from the north. Livingston Douglas Photo

A closer view of Mandolin Benchmark. The summit is the protruding hump in dead center. Livingston Douglas Photo 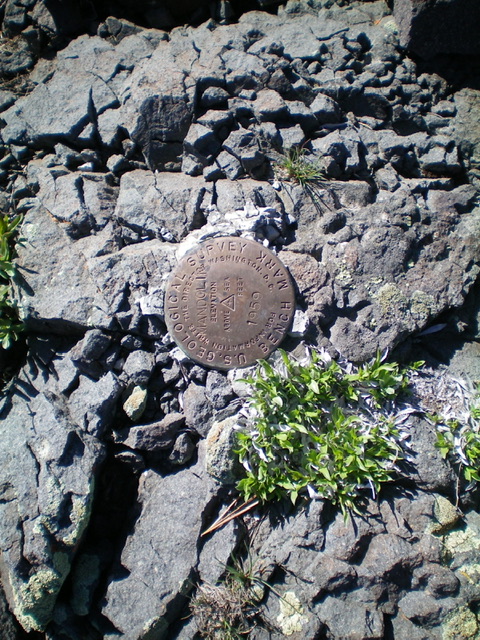 From the summit, descend the sagebrush-covered east face to a shoulder crossing. Angle southeast to reach the crossing and intercept the ridge crest trail (FST-327). This concludes the third leg of a 4-peak journey. Peak 9043 is up next.