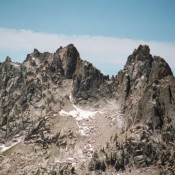 Climbing and access information for this peak is on Page 186 of the book. The elevation is updated from the figure listed in the book.

Monte Verita sits between Warbonnet Peak and the main Sawtooth Crest. It is the centerpiece of a ridgeline cluttered with granite formations that runs from southeast to northwest between Baron and Goat Creeks. These formations have received more attention by mountaineers than any other single place in Idaho. This is understandable when you first see it. The ridge is a complex rampart of summits and towers composed of solid granite.

The ridge’s south exposure, toward Goat Creek, is a steep mass of scree, talus and hardpan. The north side of the ridge, which rises above Baron Creek, is generally composed of lovely, solid, high-angle slabs. Access all of the formations listed below from FST-101, which begins either at Redfish Lake [(A)(6)(c) on Page 207] or Grandjean [(B)(3)(c) on Page 209]. Monte Verita is an attractive peak but is seldom climbed. USGS Warbonnet Peak/SW 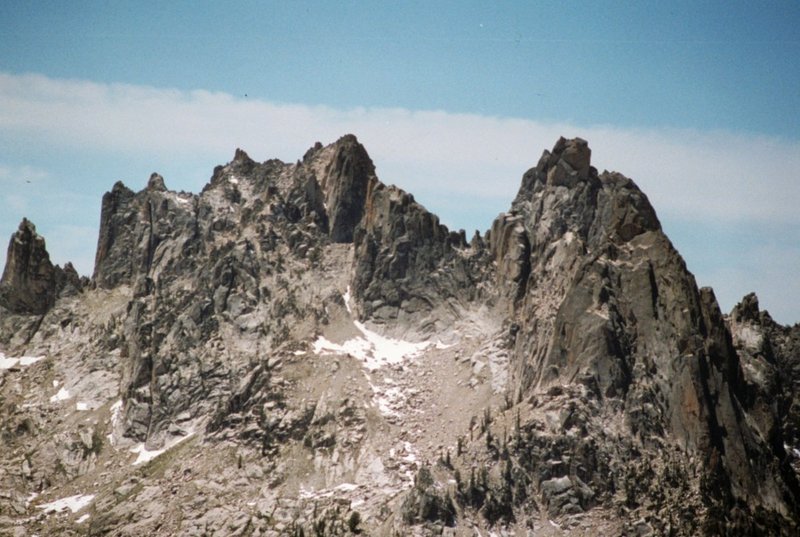 Monte Verita as viewed from the north. 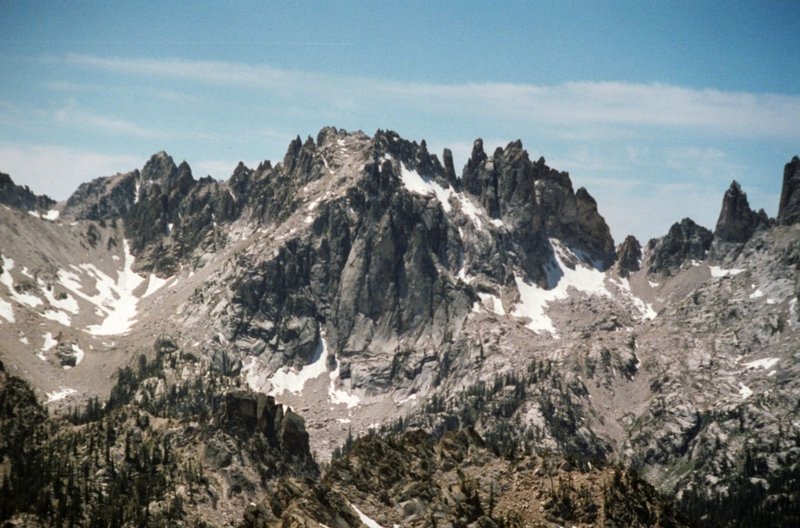 Monte Verita as viewed from near Baron Pass. 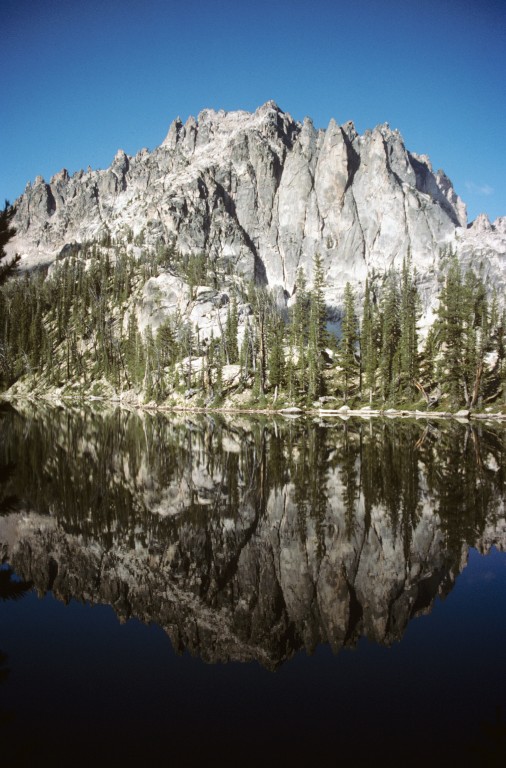 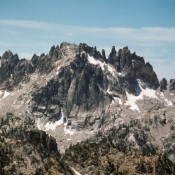